We pay a significant premium for size in the tech sector: the smaller it is the more it costs. This logic would be maddening to most markets – what would your reaction be to an estate agent or car salesman? – but, with the exception of displays, when it comes to our gadgets we except it without question. If some cases we really shouldn’t…

Making a case for the more traditional argument that ”size matters” is Lenco. The Swiss audio specialist has unveiled the second generation of its ‘iPod Tower’, the apty named ‘iPod Tower 2’ (IPT-2) and it is good enough to cause a serious rethink for those looking to buy a new dock. 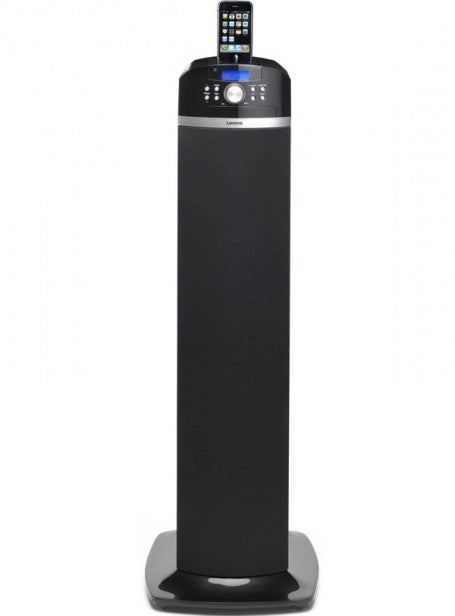 Before we get to that, however, let’s address the key talking point: size. The IPT-2 is 208 x 189 x 870mm or 315 x 305 x 933mm with the bundled base stand. The shock for a world used to ever smaller and more powerful iPod docks is the height, but we’d argue the footprint is actually more interesting. At 208 x 189mm the IPT-2 is actually smaller than Arcam’s remarkably compact rCube and since it is designed to be freestanding the near one metre height is crucial. Given the IPT-2 also won’t use up any desk space it’s arguably far more compact than it appears.

So how has Lenco used this space? It all truth, quite simply. This is no bad thing. There IPT-2 has a 33 per cent increase in power for the Tower 1 outputting 80W RMS (composed of two 25W speakers and a 30W subwoofer), plus an SD/MS/MMC card reader, LED display, sleep timer and FM radio with 60 presents. An auxiliary input backs up the iPod dock (which, as expected, charges the iPod/iPhone connected)and front controls allow the treble and bass to be adjusted. Build quality is good even if we’d have preferred the matt finish of the top to replace the piano black used on both sides. 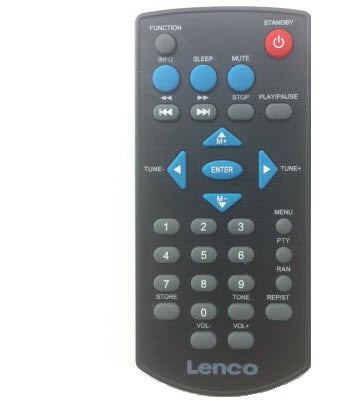 There are hints of cost cutting. The base stand feel cheap, but does its job keeping the dock securely upright. Meanwhile the remote is well looks and feels like one you’d find in a cheap supermarket. Response requires direct line of sight and there are layout questions with small volume buttons positioned at the very bottom of the remote. That said none of this matters given how the IPT-2 performs…

The first thing to say about the IPT-2 is it isn’t as loud as you would expect. The hints are in the 80W RMS rating (beaten by smaller, premium docks like the rCube and Zeppelin Air). The IPT-2 will still fill a living room, but it isn’t the window shaker its size would suggest. This isn’t a deal breaker, the IPT-2 is powerful enough to service a house party and, more to the point, it does it with style and aplomb.

The IPT-2’s sound signature can best be described as warm. It oozes emotion, brings dynamism and backs it up with a nicely balanced – if not overly aggressive – bass. There is detail too, particularly noticeable in classical music, and enough sound separation to avoid leaving flat spots in a room. In fact the IPT-2 is a strong all rounder capable of doing justice to everything from Barber’s Adagio for Strings to the Yeah Yeah Yeahs, Charlie Parker’s jazz, the Chemical Brothers’ big beats or the folk inspired music of Mumford and Sons. 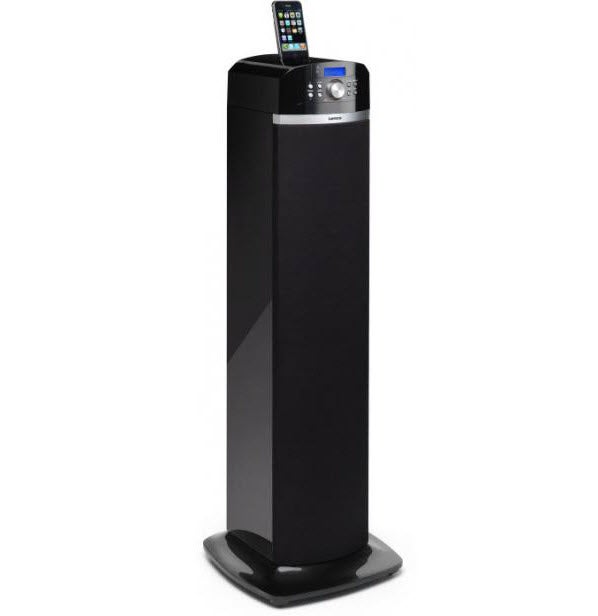 Where the revelation comes, however, is price. The real cost for gadgets is their microelectronics. Shrinking components and getting them to still perform like their full size counterparts is what drives up the cost of compact docks like the £300 GenevaSound Model S, £350 Bose Sound Dock or £500 rCube and Zeppelin Air. The IPT-2 doesn’t have to play this game and conversely while it may not hit the heights of the £500ers it will happily do battle with £300 – £350 docks for half the price. Yes Lenco has priced the IPT-2 at just £149.99 and for that money it is an absolute bargain. The only product to run it close is Teac’s Aurb SR-100i which has dropped to £189.95 from its original £249.99 RRP.

Actually that’s not entirely true. Lenco does have one considerable rival to the IPT-2: the original Tower. It is underpowered, but with the price slashed to £89.99 to clear stock it is a steal for those not obsessed with playing their music loud. 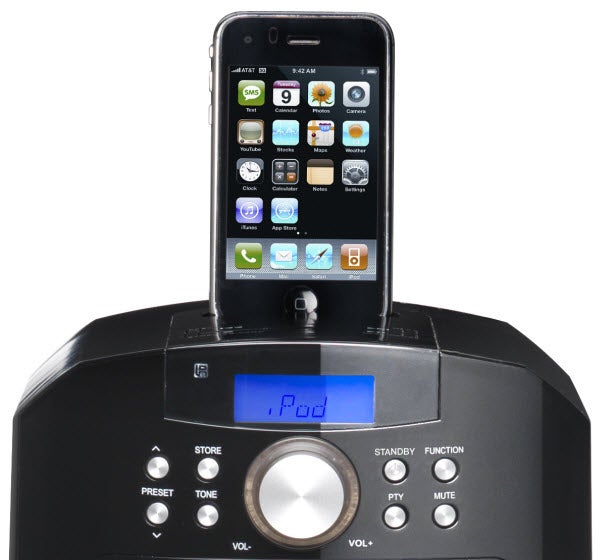 ”’Verdict”’
Lenco has crafted a well made, stylish iPod dock that breaks from the pack, sounds fantastic and comes in at a breakthrough price point. The IPT-2 is the measure of more portable docks twice the price and if your dock never moves there is no reason to pay a premium for their microelectronics. Lenco could have improved things even further by offering a more substantial remote while volume could be louder for those keen to really annoy their neighbours. Despite this the IPT-2 remains a top notch product. Only its reduced price predecessor offers significant competition and at this price point there are few better options available.