So on that note, let’s talk about the design. The Leica T is crafted, pretty beautifully, from a single block of aluminium (another leaf out of the book of Apple, who make their Macbook laptops this way).

The level of craftsmanship in the design and build of the Leica T is something to behold – you may have seen the video advert that did the rounds recently showing someone painstakingly hand-polishing the metal of the Leica T for more than 40 minutes. It’s dedication to craft, and it pays off handsomely.

You could be forgiven, though, for picking up the Leica T and wondering if you’d accidentally been sent a pre-production model that nobody got around to putting the buttons on yet. 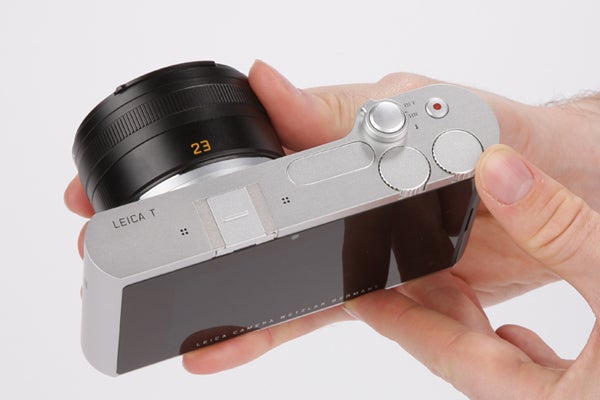 There are no buttons or dials on the rear, and only a handful on the top plate. Almost all of the settings and features are controlled via that big iPhone-esque touchscreen on the rear.

This means the camera pretty much lives or dies on how well the touchscreen performs. Fortunately, it acquits itself well. It’s very simply laid out – there’s no getting lost in sub-menu after sub-menu. Tip: if you can’t find the function you’re looking for, it’s probably hiding behind the ‘ ’ button, which isn’t too obvious at first.

You could be forgiven for thinking initially that the camera is simply missing several key settings, but once you get familiar it starts to make more sense.

What few physical controls you’ve got to play with are all located on the top plate. The two dials control shutter or aperture, dependent on priority mode, while the other can control a variety of modes such as ISO sensitivity or exposure compensation, depending on the user’s preference.

AF point is set via the touchscreen, and this is something that has worked very well ever since its inception. The only oddity with the Leica T is that once you’ve selected the AF point via the touchscreen, you can’t refocus with a half-depress of the shutter button, meaning if you want to make a slight compositional correction you have to touch-select the point again, which does get annoying. 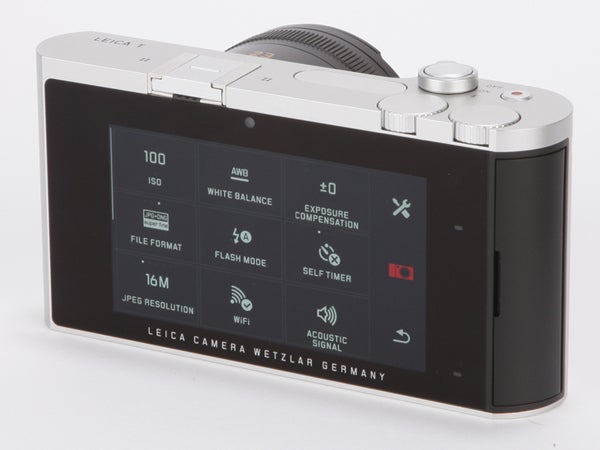 One thing that’s a little surprising is that the door for the memory card and USB ports is made of a rather insipid and flimsy plastic. It sticks out against the finely crafted aluminium that comprises the rest of the body.

The battery door is plastic as well, and while we wouldn’t normally take up too much of a review talking about a camera’s battery door, the Leica T has an exceptionally strange example.

You can’t simply slide the battery out – once you’ve unlocked the battery cover with a simple lever, you have to then half-push the battery and the cover back into the body, thereby releasing a catch that then enables the battery to come out.

It does stop the battery falling to the floor, but in truth it feels a little laboured.

Eschewing the recent trend for hybrid AF systems, the Leica T opts for tried and tested contrast-detect AF. We have no complaints here – the contrast-detect AF is confident at finding focus and more than fast enough for pretty much anyone’s needs when in good light.

In low light it does struggle, and you’ll want to employ the AF illuminator on the front of the camera for these situations, though it’ll only help for subjects that are no more than a few metres away.

While face detection and multi-point AF modes are available, you’ll probably find yourself mostly sticking with selecting the AF point via the touchscreen. 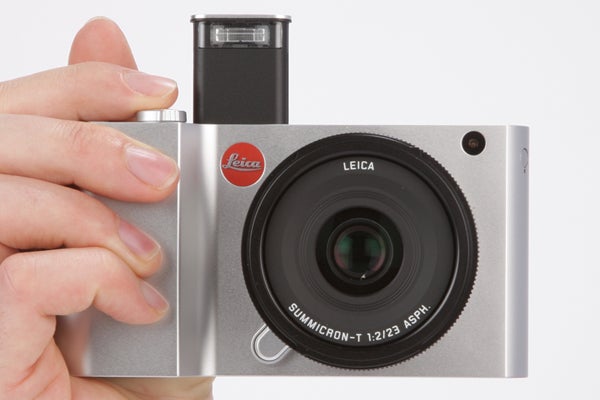 The Leica T has spot, centreweighted and evaluative metering modes, the latter of which Leica refers to as ‘multi-field’.

Multi-field metering produces good results in all conditions, from overcast dark skies to blazing sunshine. It rides the edge in terms of highlights, leaving well-exposed midtones, dark shadows and a good level of contrast.

It’s a really impressive metering system, and you can confidently leave the metering on multi-field mode and know it’ll take care of almost any situation.