What is the Leica T?

Ever spotted a Leica M-system camera out in the wild? It’s kind of like watching a Ferrari cruise past you on the high street – even if the design isn’t to your personal taste, you can appreciate how well it’s put together, and further appreciate that the person driving it is probably quite well off.

Leica M cameras aren’t for everyone, though. Even setting aside the possibility of having to sell a couple of your least favourite organs in order to acquire one, some people prefer modern conveniences such as autofocus.

It’s with these people in mind that Leica has produced the new Leica T (Type 701), a compact system camera in the Leica M tradition but with the (comparatively) friendlier price of £1,350.

While the T retains the premium construction Leica is known for, it also makes some bold choices in its design. So, without further ado, let’s find out how it handles. 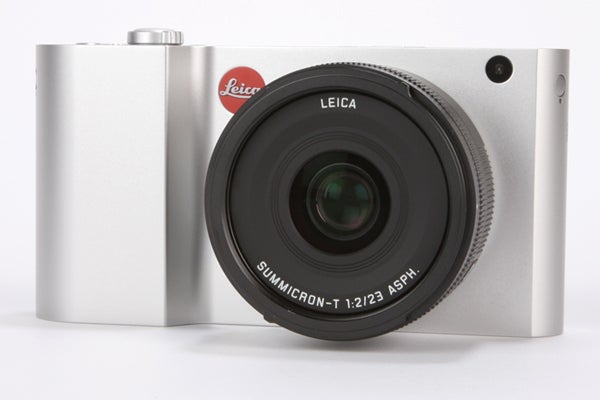 At the heart of the Leica T sits an APS-C-sized 16.3MP CMOS sensor, with a sensitivity range of ISO 100-12,500. There is no option for extending the ISO settings, but in practice it’s rare any photographer would want much more than ISO 12,500 anyway.

The Leica T shoots with a shutter speed range of 30-1/4000sec – pretty standard for a camera of its type – and has all the usual suspects in terms of exposure modes, with a few extra scene modes thrown in for good measure.

Video-wise, the Leica T can produce Full 1920×1080-pixel video at 30fps, which is a little below the 60fps we’d expect these days. Also, though the lack of an external mic port is a little hampering.

If you’re on your travels and you lose or fill up your memory card, with the Leica T it’s no longer a problem. 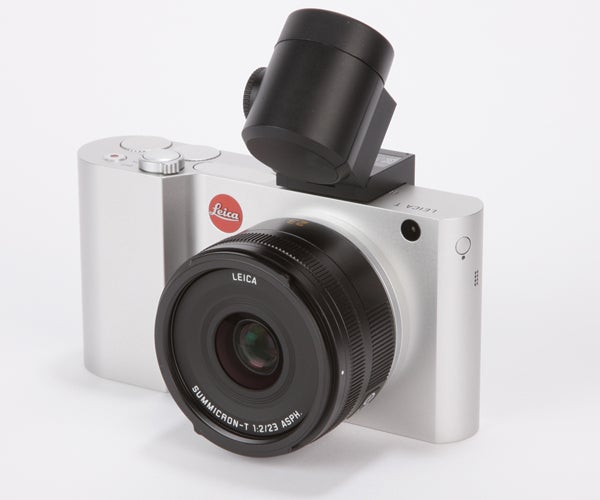 The Leica T saves 4928×3264-pixel images, as JPEGs or raw files. For the raws it uses the universal DNG raw format, which can be opened in most raw editing software without the need for an update. Also, bonus points for having the latest version of Adobe Lightroom bundled in with the camera.

Purists will doubtless bemoan the lack of an optical viewfinder. An electronic version is available in the form of the Leica T Visoflex, although that will whack an additional £400 onto the price of the camera.

Good news: the 3.7-inch touchscreen on the camera is excellent. Its beefy 1.3-million dot resolution produces rich images with an appropriate level of contrast. 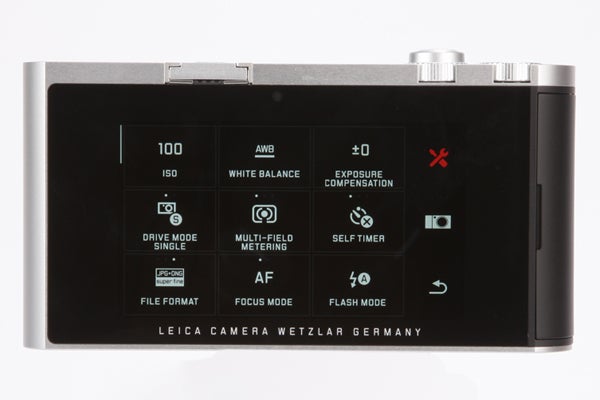 Equipped with built-in Wi-fi connectivity, the Leica T is equipped to transfer images quickly and easily to smartphones and allows for remote camera control via an iPhone or iPad.

It’s worth pointing out that the Leica T is currently only compatible with Apple’s iOS, and this seems not insignificant when you consider the sleekness of the design, the price of the camera and the fact that the touchscreen resembles that of the iPhone 4.

If Apple made a camera, it probably wouldn’t look or feel dissimilar to the Leica T.