There’s no getting away from the fact that the SL is a big, heavy camera, especially with its SL 24-90mm f/2.8-4 lens attached. Indeed, it’s as large as full-frame DSLRs such as the Nikon D810 or Canon EOS 5DS R fitted with their 24-70mm f/2.8 zooms. Its build quality appears faultless – the dust and splash-resistant body is machined from two solid blocks of aluminium alloy, and feels totally rigid in your hand. It should shrug off the abuse of daily professional use with ease. 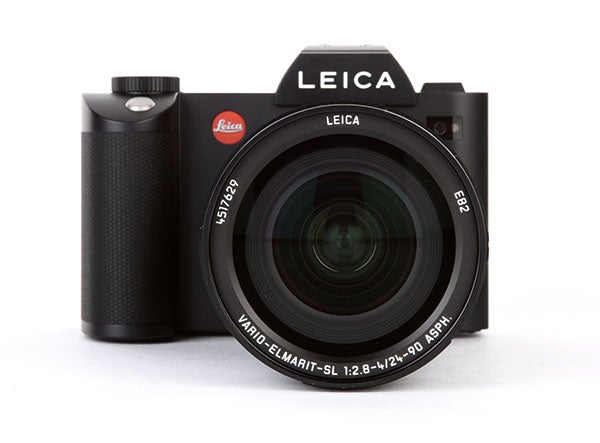 Its matt-black paint finish, square edges, cross-hatched rubberised coating and minimalist controls all combine to give the SL a unique, and very modern, look. I suspect as many people will hate the design as love it, but there’s certainly no risk of it being mistaken for an identikit DSLR. Personally, though, I find the chunky handgrip to be less comfortable than the more sculpted grips on its competitors.

Handling is also decidedly unconventional. Where the aforementioned DSLRs are festooned with buttons and dials to give direct access to every imaginable setting, Leica has adopted a pared-down, minimalist approach that makes do with two dials, a joystick controller and just nine buttons (including the shutter). Apart from the shutter release and video start/stop control, the buttons are all dual function; tapping them does one thing, but holding them briefly down does another. These second functions are all user-customisable, but you have to memorise what each is set to, as the buttons are completely unmarked. It’s a scheme borrowed from the S-series DSLRs that Leica says is well liked by its users. However, I do wonder how many other potential buyers it will put off.

The top dial controls the shutter speed, while the rear dial sets the aperture; clicking the latter inwards and spinning it switches through the usual quartet of exposure modes (program, aperture priority, shutter priority and manual). The multi-controller joystick on the camera’s back is used to move the focus area around the frame; pushing it inwards activates AF, even when the camera is set to manual focus, which can be handy for quickly acquiring focus.

A top-plate button with a red dot in its centre is dedicated to starting and stopping video recording, while the silver button beside it switches the camera between stills and video modes. Unusually, in video mode you can’t shoot stills at all, leaving the shutter button completely unresponsive. 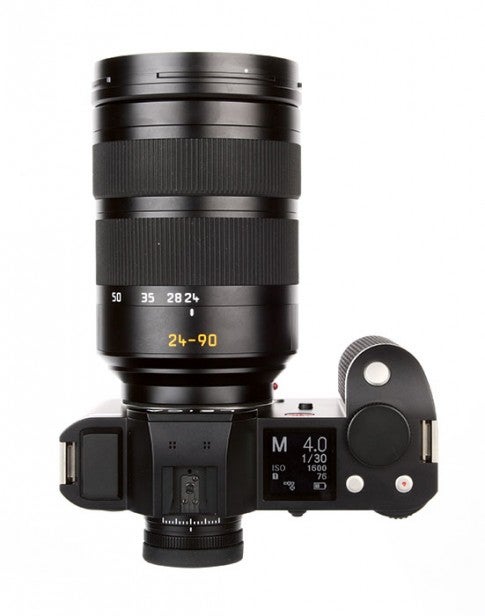 On the front plate are two buttons – one to release the lens and another that cycles through various preview modes. It’s possible to view the image at a standard brightness to give an SLR-like experience, or apply exposure simulation to pre-visualise the effects of your settings. Alongside conventional depth of field preview there’s also a Panasonic-like shutter-speed-simulation option. Anyone coming to the camera for the first time, though, is likely to find themselves trying to release the lens by pushing the preview button, and vice versa, as their respective physical designs are rather counterintuitive.

Perhaps the biggest problem with the SL, though, is that while the buttons are arranged very stylishly around the camera body, only a few are easy to press with the camera to your eye. This is compounded by a poor default set-up that conspicuously fails to assign the most used functions to the most accessible buttons. Exposure compensation is assigned to the left-side button behind the top dial, and ISO to the button top-left of the LCD; both are unreachable without a significant change of grip. However, I re-assigned these settings to the two buttons on the right side of the screen, which are both easily reached by your right thumb, and found that when set up like this the SL worked well.

Unusually, I didn’t find the touchscreen to be very useful while shooting, mainly because I was working with the EVF all the time and only a few shooting settings have been given a touch interface anyway. The screen can at least be used to browse through images in playback, although it isn’t as responsive with this as it could be. 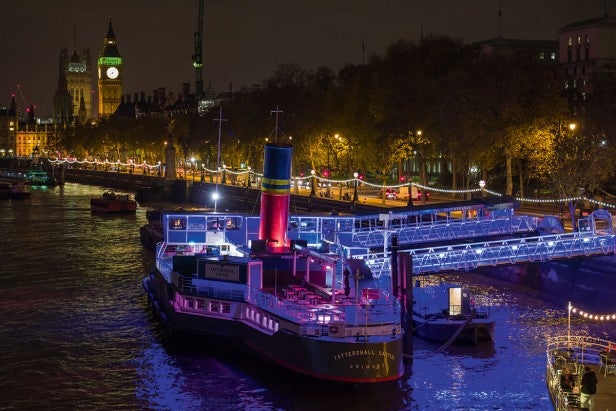 Leica has made very bold claims about the SL’s autofocus, saying it’s the world’s fastest in any full-frame camera, and while this should be taken with a pinch of salt I had few complaints in real-world use. In fact, the autofocus behaves much as I’d expect from a modern contrast-detection system; it’s very fast, essentially silent and near 100% accurate. It also works well in low light, so long as you pay attention to where you place the focus area (which is made very easy by the SL’s joystick controller).

Manual focusing is a breeze, too, due to the huge clear viewfinder and optional focus-peaking display. For the most accurate focusing, live-view magnification can also be engaged in two steps, by tapping the button lower left of the LCD. This is a bit awkward when shooting with the heavy 24-90mm kit zoom, but it should be less of a problem for those using manual-focus lenses via a mount adapter.

In practical use, the SL performs very well. With no anti-aliasing filter, the sensor is capable of recording loads of detail, and its impressive noise performance means that sensitivities up to ISO 12,500 are quite usable. Metering tends to be accurate, and it’s easy to preview the effects of your exposure settings in the viewfinder and apply any necessary changes before even taking a shot. 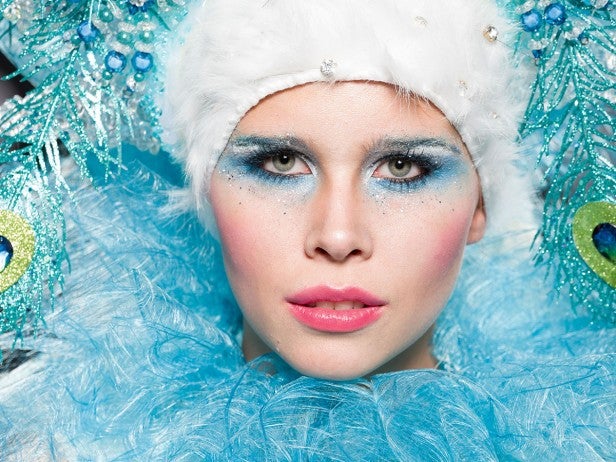 Image detail is stunning; this shot is cropped from a portrait-format frame

I was a little disappointed by the camera’s JPEG output, which gives muted colours and white balance that errs to the cool side. To be fair, though, I’d expect almost everyone using this camera to be shooting raw, and the DNG output means you can get to work straight away with the software of your choice. Indeed, the raw files are impressively malleable, with lots of scope for pulling detail from deep shadows at low ISOs.

Currently, the Vario-Elmarit-SL 24-90mm f/2.8-4 Asph is the only autofocus full-frame lens that can be used on the SL, and will therefore be a major determinant of its image quality for most early adopters. Fortunately, it’s exceptional, as we’d expect given its price tag. It’s superbly sharp, with minimal chromatic aberration or vignetting.

Close examination of raw files shows that Leica has adopted a thoroughly modern approach of allowing more barrel distortion at wideangle than would be acceptable from a DSLR lens and compensating automatically in software, which allows other image-degrading aberrations to be corrected more thoroughly. The result is a lens that’s as sharp wide open as it is stopped down to f/8, no matter what focal length you use. The zoom range also extends very usefully into the short telephoto ‘portrait’ realm, where conventional 24-70mm zooms come up a little short.