A follow-up to 2017’s Leica M10, the M10-P is a special edition version of the classic rangefinder.

More of an incremental upgrade than a major revamp, the M10-P has the same fundamental build and features of the original M10. This means it has the same 24-megapixel full-frame sensor, processor, LCD screen and solid magnesium construction.

So what’s new? Well, discreetness is Leica’s main aim with this model, which means a new, ‘almost inaudible’ shutter and, rather than the famous Leica red dot, an unassuming screw on the front.

Perhaps most interestingly for Leica’s traditionalist M series, which dates back to 1954, the 3-inch LCD now offers touchscreen controls.

So will these tweaks make the M10-P the ultimate street shooter’s camera, albeit at the sky-high price of £6,500? I had a brief play with one at the Shakespeare’s Globe Theatre to get an early idea.

If you’ve had the good fortune to handle a M10 already, then you’ll be right at home with its sister camera. The weight and dimensions of the M10-P are exactly the same, with a heft that leaves you in no doubt that you’re holding a solid block of high-quality construction. 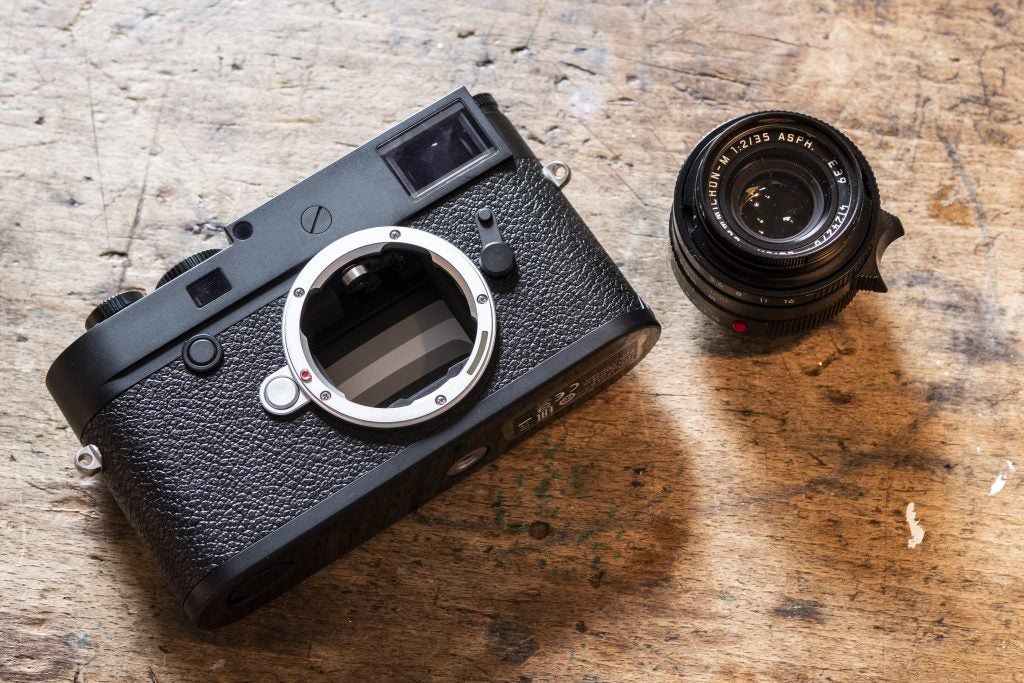 Like the M10, the M10-P is designed for people who know what they’re doing when it comes to photography – or who are at least willing to embrace a more tactile shooting experience without the comforts of modern staples such as autofocus.

To that end, buttons and dials are relatively few and far between, giving it as slick a look as possible and helping you shoot nice and quickly.

On the back of the camera you’ll find three buttons for Live View, Playback and the main menu, while the top sees a shutter speed and ISO dial for making those swift changes. 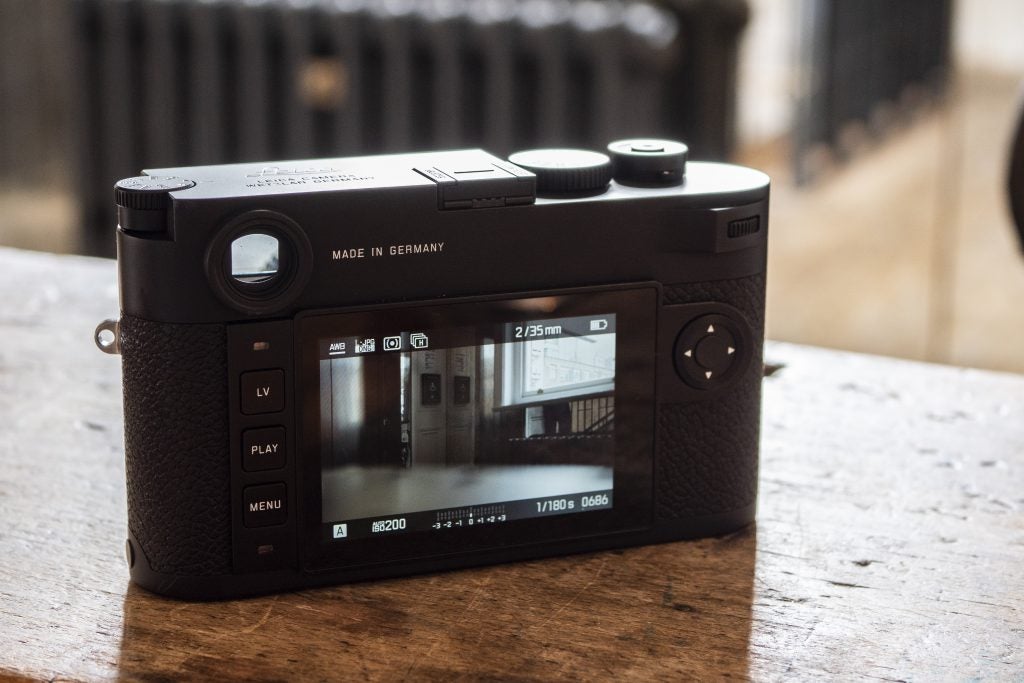 You’ll change the aperture via the lens itself, along with the focus too. Remember, it’s a manual focus-only camera, and this is part of its charm for those who like to feel more connected to their photography rather than relying on automation.

If you’ve never used a rangefinder before then prepare to think completely differently about how you shoot.

In order to get something in focus on the M10-P, you line up two boxes in the viewfinder (or you can use the screen, if you prefer) by rotating the ring on Leica M lenses.

It’s quite tricky to get the hang of, but once you know what you’re doing, it starts to become second nature.

The new features of the M10-P fall into three main categories – the new quiet shutter, the addition of a touch-sensitive screen, and a more discreet body design. 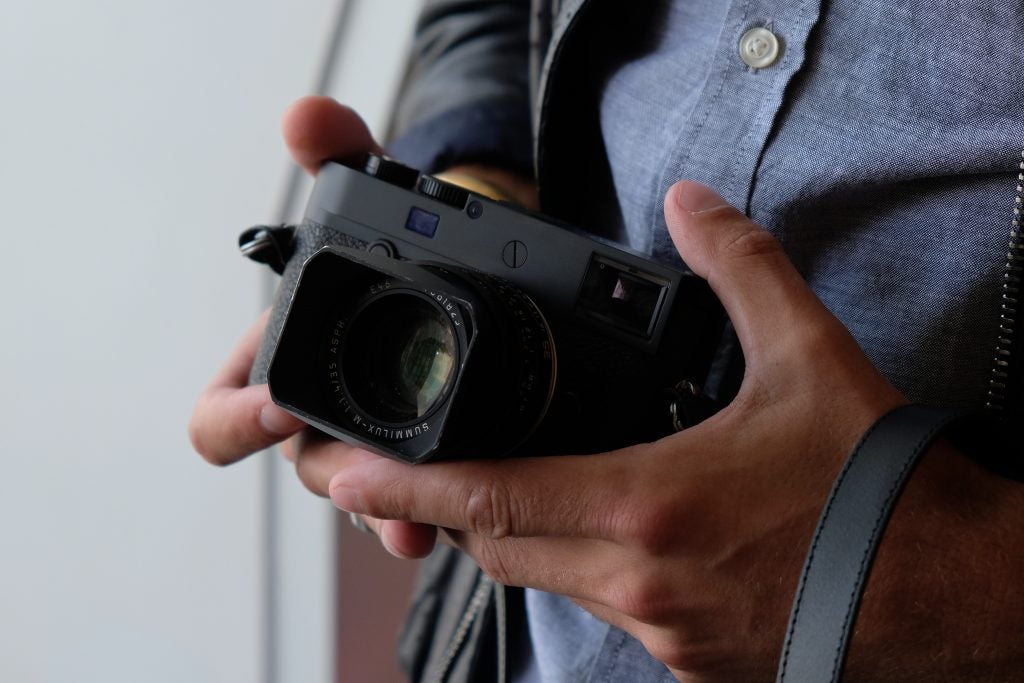 Having used the M10-P next to the standard M10, it’s fair to say that Leica has achieved its objective. While this model isn’t silent, it’s unlikely to attract too much attention, even if you’re in close proximity to your subject.

Adding a touch-sensitive screen is a first for the M series, and although we’ve seen them before on other Leica cameras such as the TL2, there will be some traditionalists who see this as sacrilege for an M-camera.

Still, it’s very useful for several functions, particularly when it comes to focusing via Live View – anything that makes that process easier is a winner in my book.

A single tap when shooting in Live View allows you to choose a point to magnify to check critical focus, while a double-tap takes you straight to that magnified view. 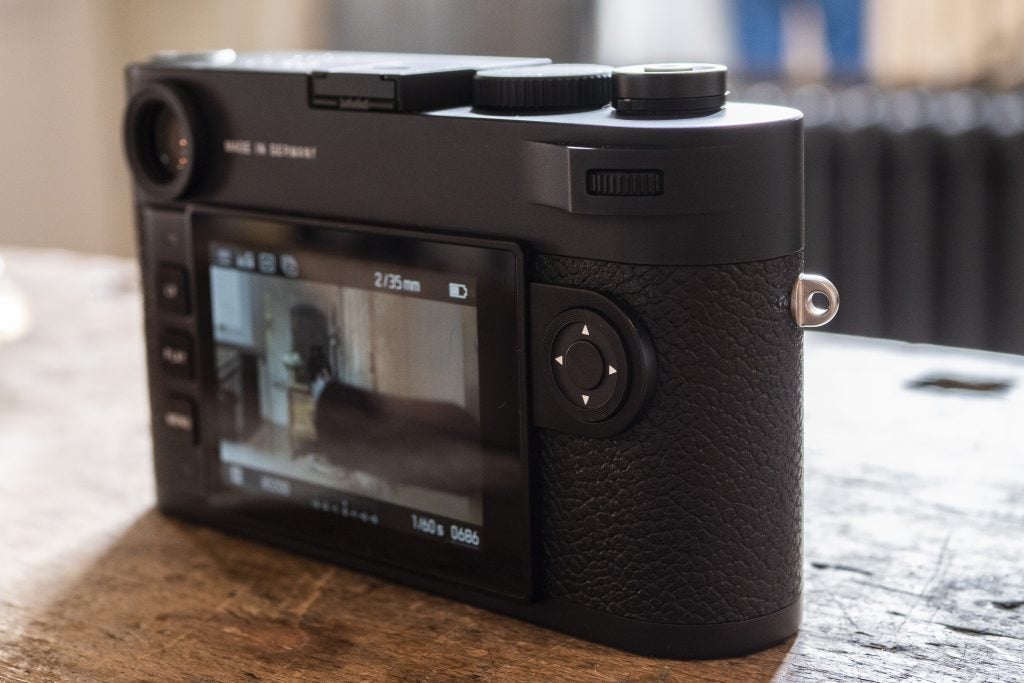 In playback, you can quickly pinch to zoom and swipe through your images, both of which are nice additions. If you really don’t like using a touch-sensitive screen, then you don’t have to – all of the camera’s main settings are controlled via physical dials or buttons.

When it comes to the design of the body, the removal of the red dot makes the camera just that little bit more disguised. Don’t worry, though: you’ll be able to show everybody just how much you spent on your camera with a quick flash of the top plate, which is now engraved with the Leica name in large letters.

Another additional feature for this model is the introduction of a spirit level – or virtual horizon – that you can use via either the screen in Live View or when using an optional electronic viewfinder (which is available to buy separately). 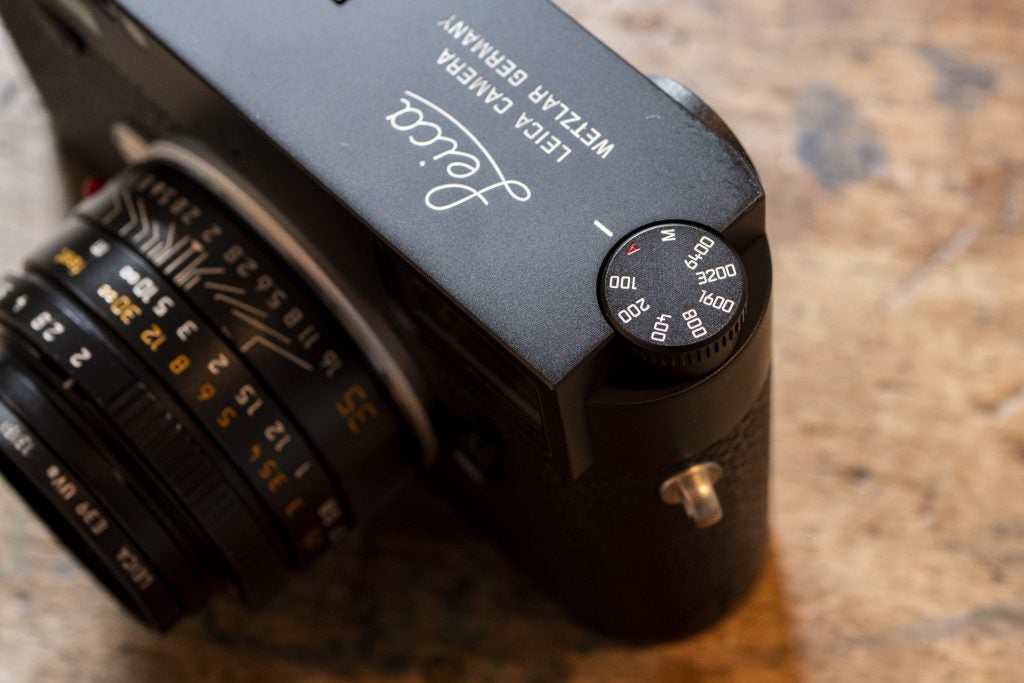 Images directly from the camera are fantastic, displaying an enormous amount of detail and that high-quality filmic look that you pay the big bucks for. In essence, image quality should be exactly the same as the original M10.

We’ll be interested to see just how much the new discreet features help with street photography, while the touchscreen should also help getting that pesky focusing just right.

The M10-P is never going to top the bestsellers list, but it’s a tempting proposition for deep-pocketed street shooters who prize manual controls and incredible build quality.

The main improvements over the M10 – its quieter shutter and touchscreen – are subtle nods to the benefits of modern tech that won’t alienate traditional M-series fans or fans of its shooting experience. That said, there isn’t really enough here for current M10 owners to feel the need to upgrade.

Leica has always been a prestige brand that appeals to a niche audience. Throw in the fact that the M10-P is a rangefinder with manual focus, and that field narrows even further.

Still, if you’ve got the cash and know what you want, the M10-P looks set to be a very, very nice camera indeed. We’ll take two.