What is the LEGO Star Wars UCS Y-Wing?

Full disclosure: the Y-Wing is my favourite vehicle in the whole Star Wars universe. And this is the best set that LEGO has ever made of it.

After 2017’s monumental Millennium Falcon, the next set to join LEGO’s Ultimate Collector Series was always going to have a hard time making an impact, but the new Y-Wing has not only impacted, but exploded and destroyed an entire intergalactic fascist regime. It’s a stunner.

This isn’t the first time the venerable Y-Wing has had the UCS treatment, but the previous version (No.10134) came way back in 2004 and was made up of ‘only’ 1473 pieces. The new version doesn’t just have almost 500 more parts but uses far more Technic pieces for added detail.

The LEGO Star Wars Ultimate Collector Series Y-Wing is on sale now for £169.99/$199.99, available exclusively from LEGO Stores and shop.LEGO.com. 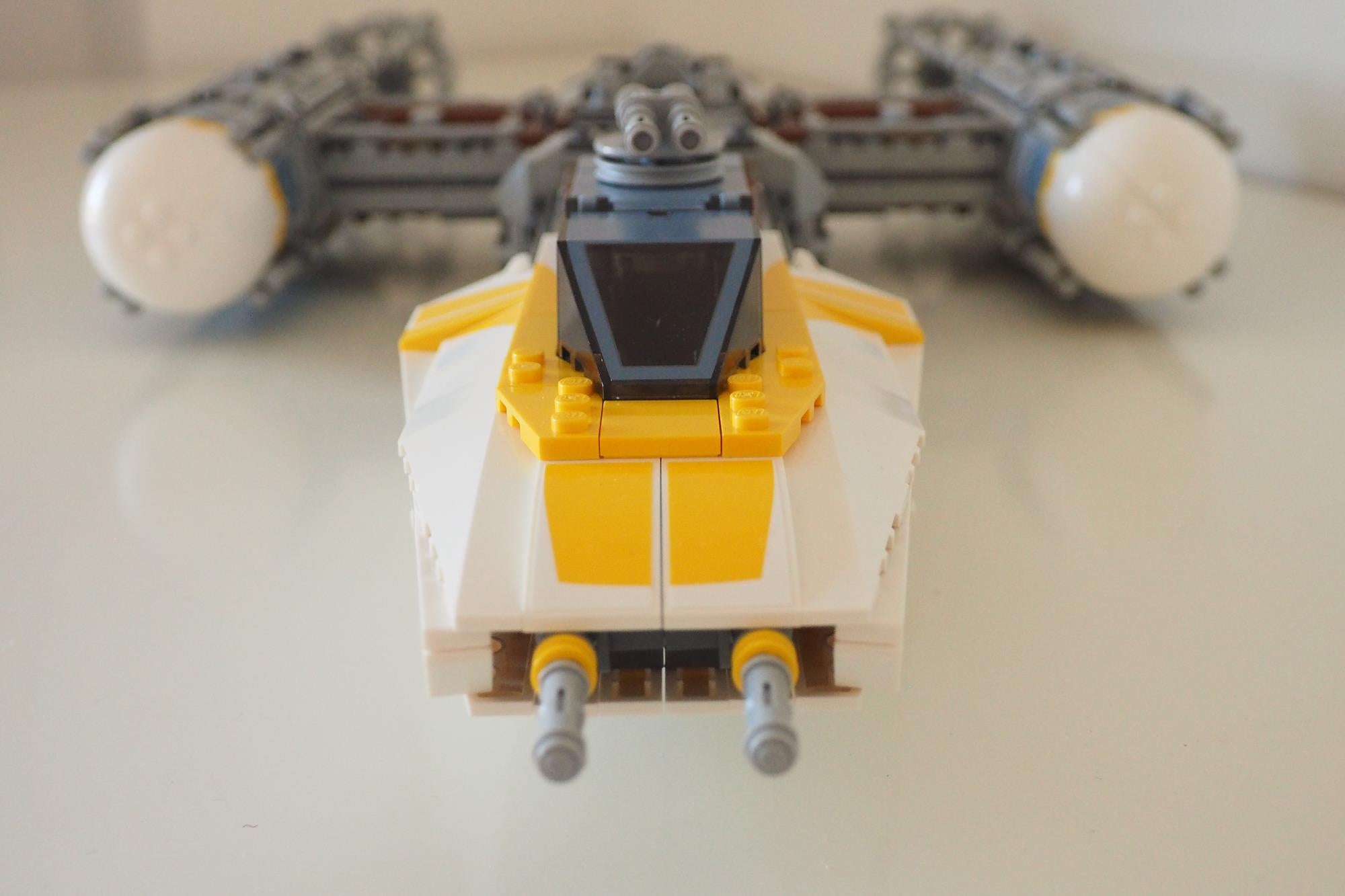 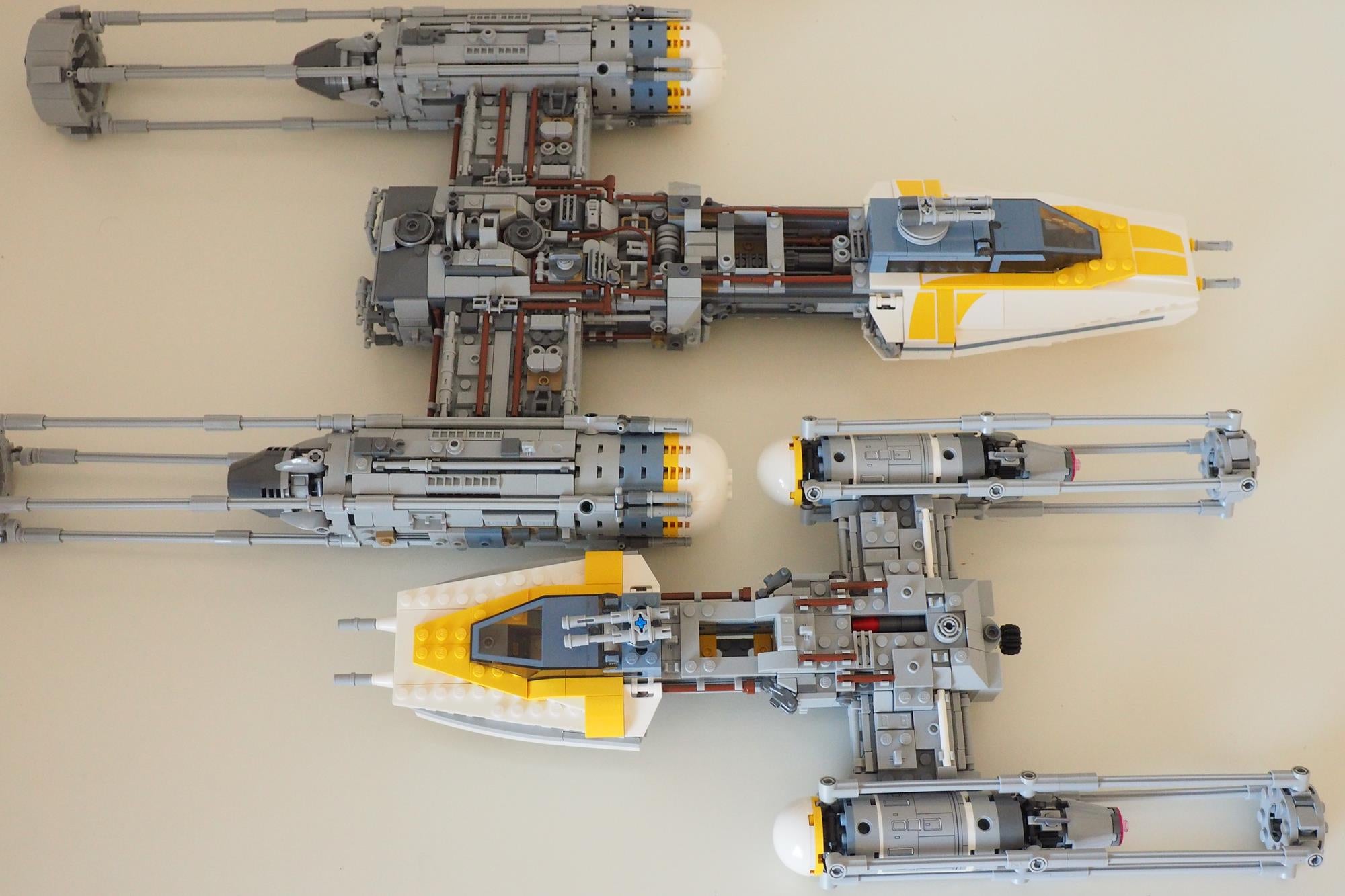 All of these pieces come across 15 bags (numbered 1 to 13, with two each of bags 9 and 10 for the identical engine parts), apart from a loose large black plate for the display stand. Bags 1 to 8 build up the fuselage and cockpit, 9 to 12 cover the engines, and 13 the display stand.

There’s a single minifigure included, for Gold Leader, as well as an R2-BHD astromech droid. Both display LEGO’s high standard of printing, and Gold Leader has dual faces for a smile or grimace. 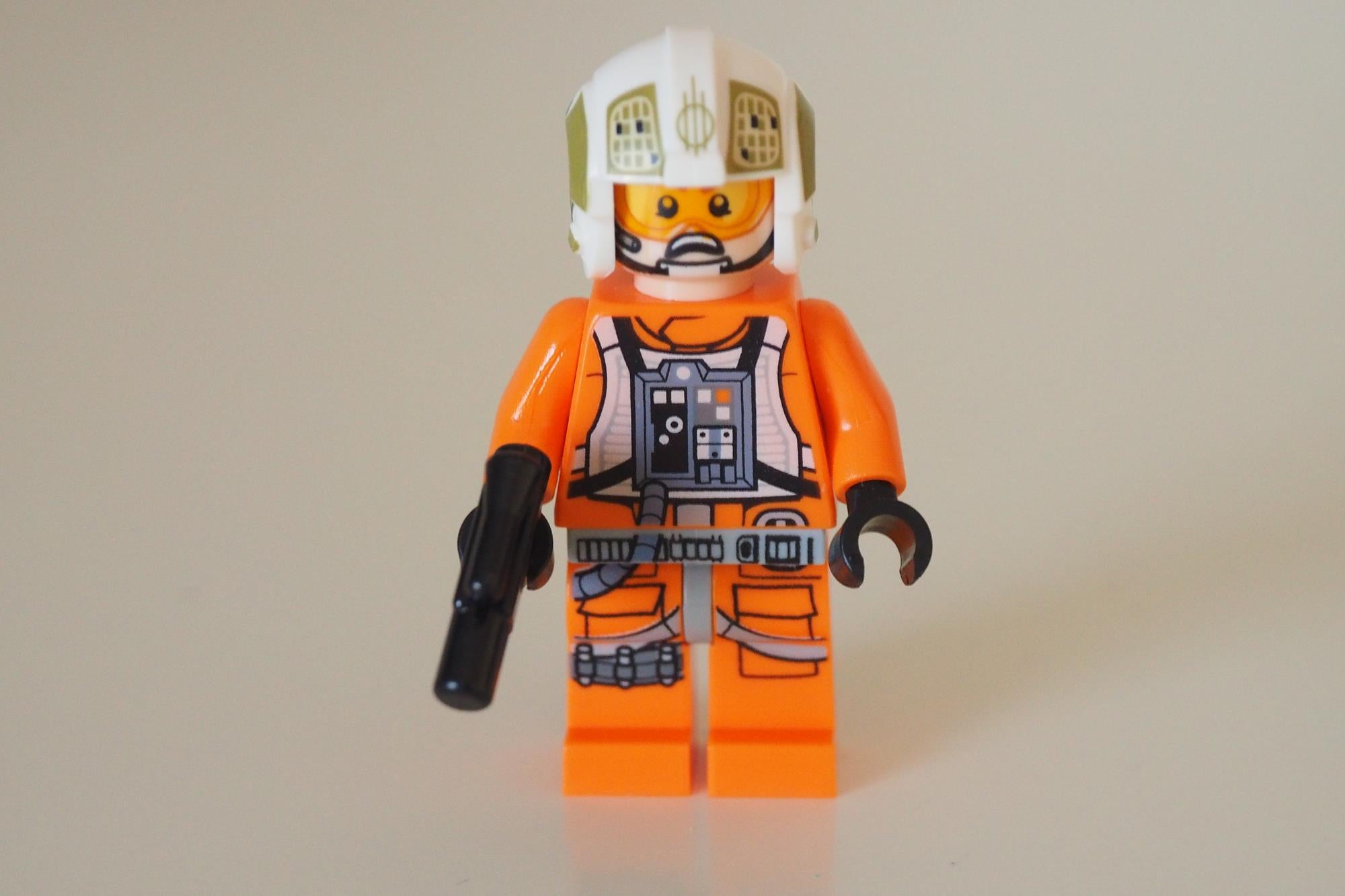 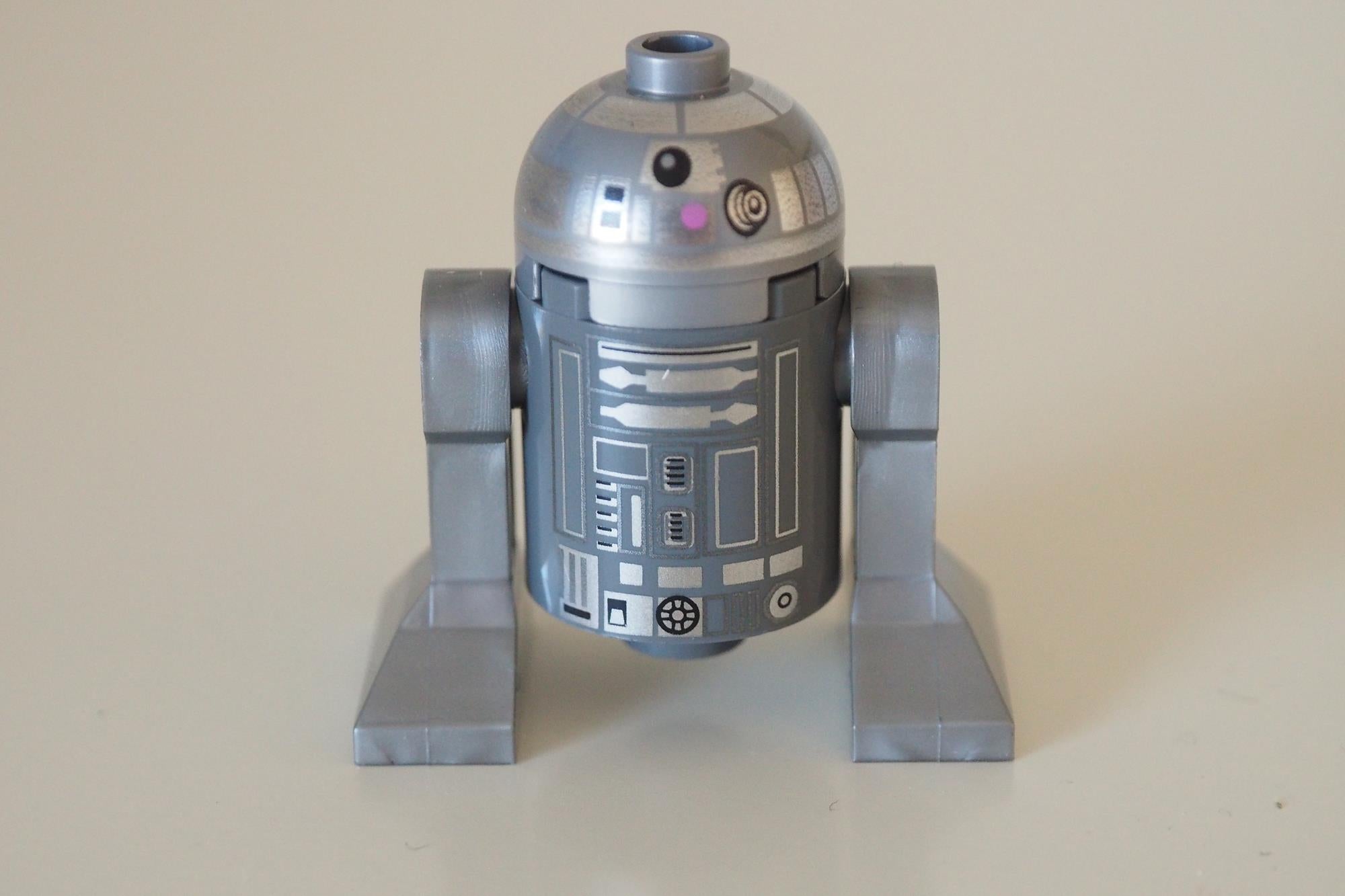 Lastly there’s a tilting display stand with an info panel and space either side to mount the minifig and droid.

LEGO Star Wars UCS Y-Wing – How fun is the build?

The entire build took me around four hours, and was a whole heap of fun. I was expecting the repetition of the near-identical engine builds to be a little tedious, but to be honest each one takes long enough that, by the time you start on the first step of the second one, plenty of build time has passed since beginning the first. 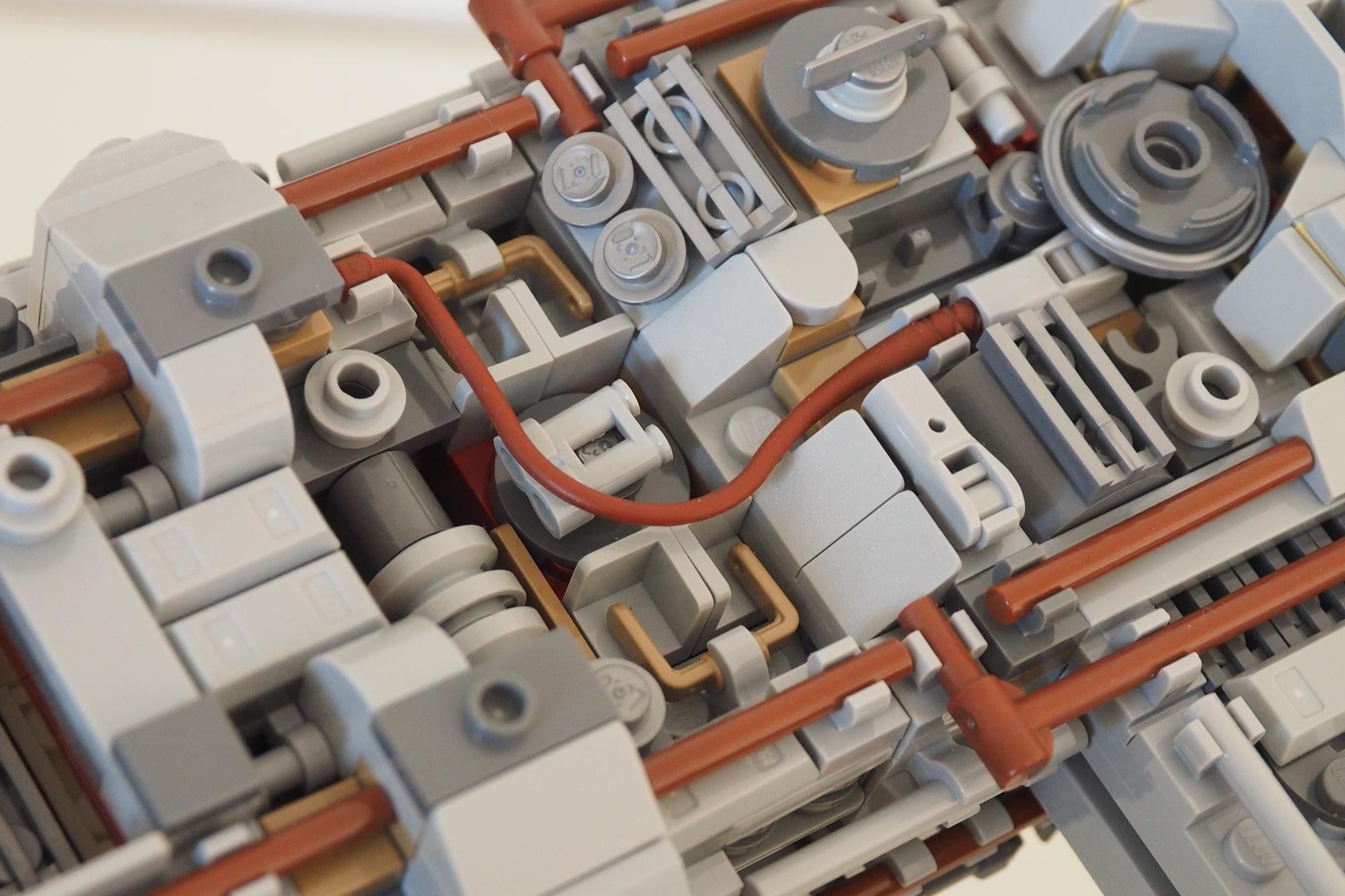 There are some really lovely touches in here – the LEGO whip that’s used for pipework is a particular stroke of genius. Plenty of Technic pieces go into creating the iconic armour-stripped skeleton of the engines, and rotating the ion cannon turret causes a Technic cog to turn, so it doesn’t feel entirely static. 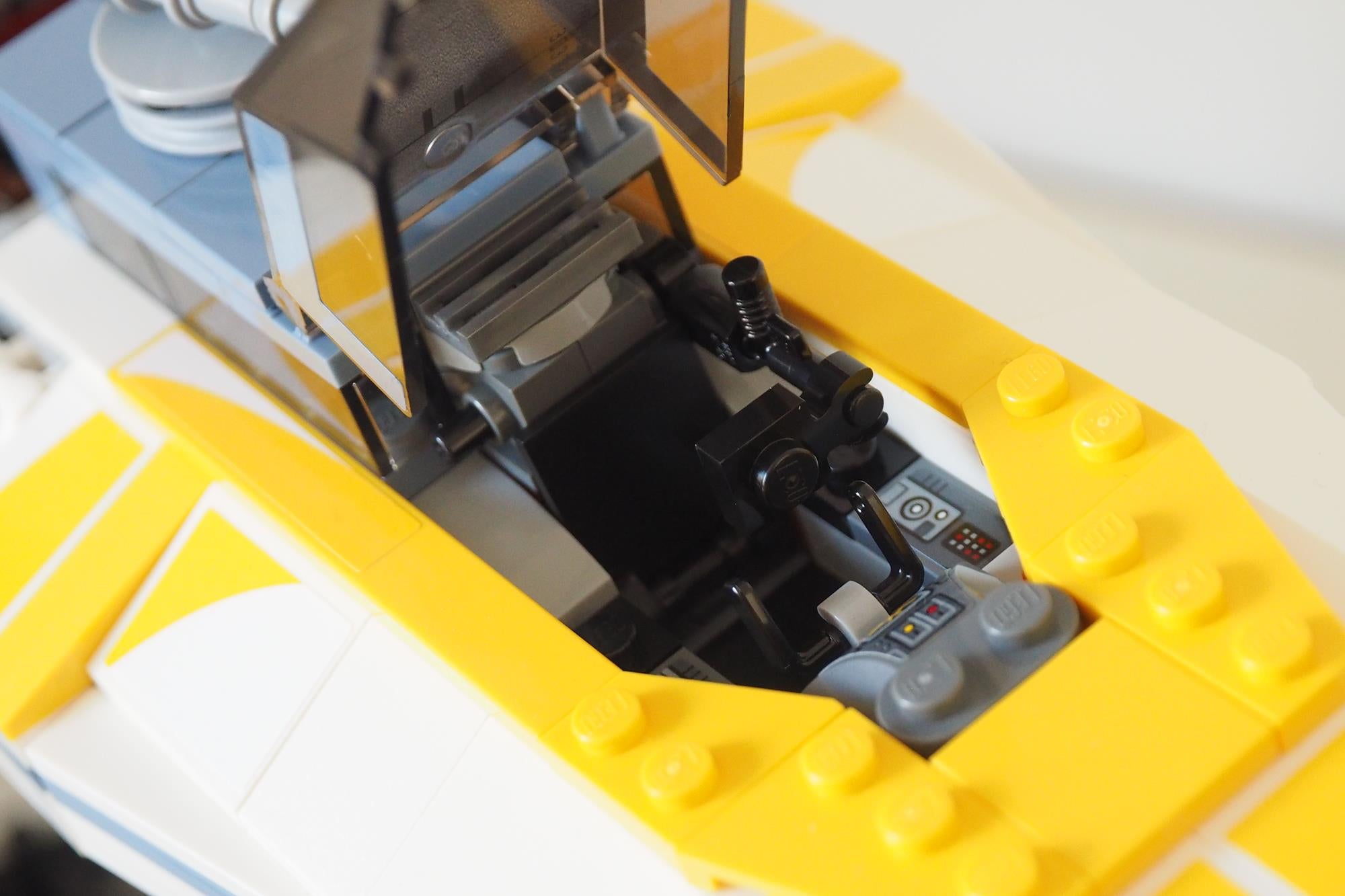 The targeting computer in the cockpit is a little crude, but I was pleased to see it had been attempted at all. The folding landing gear is also a nice addition, although it’s a bit flimsy for use. 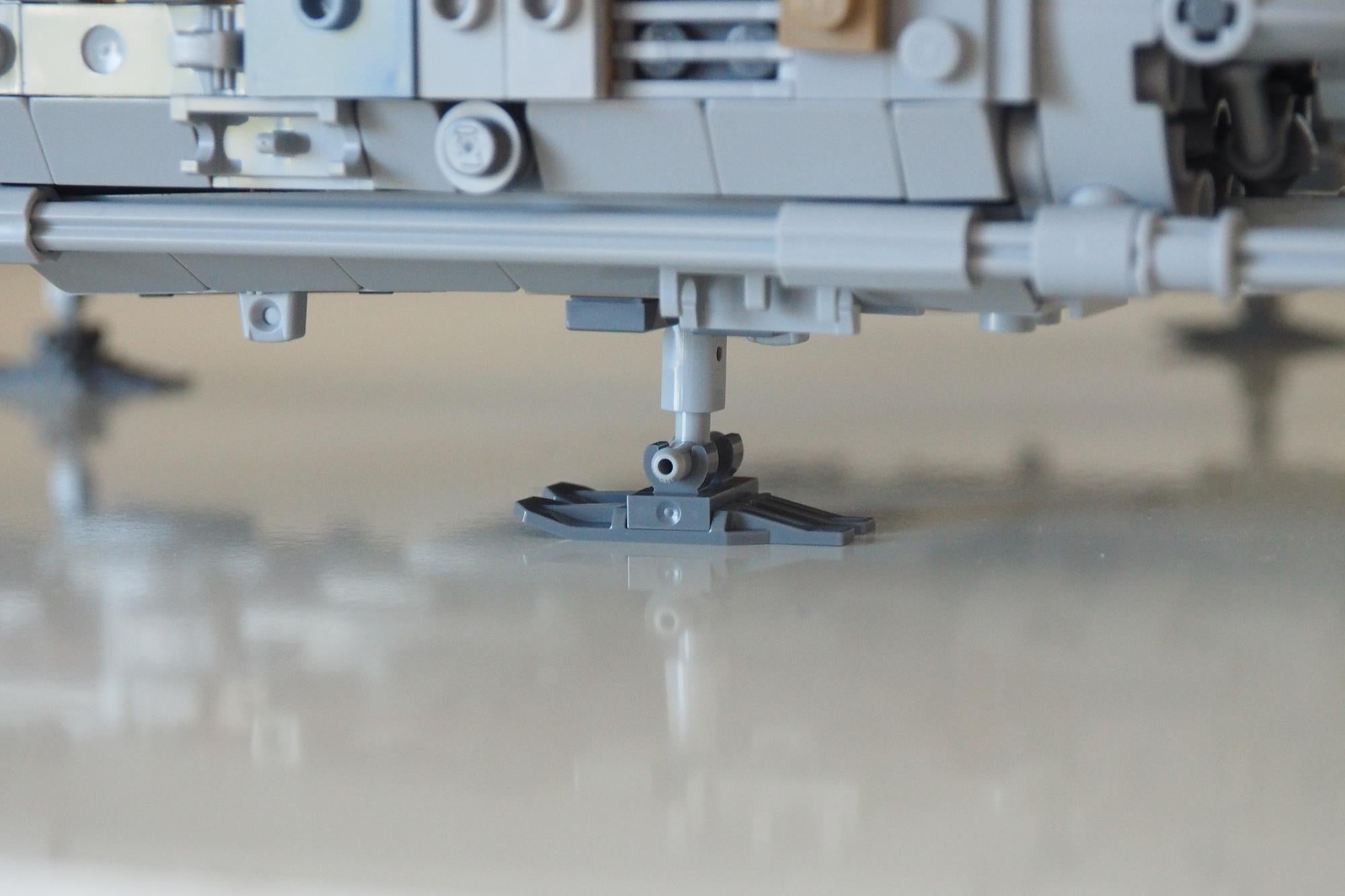 Mounting on the display base is as simple as sticking the top of the base into a square hole in the underside of the fuselage. It feels a little wobbly, but mine’s held up well for a few weeks now, without any incidents. It does tilt, so you can set your Y-Wing at an angle, as well as facing left or right, obviously. 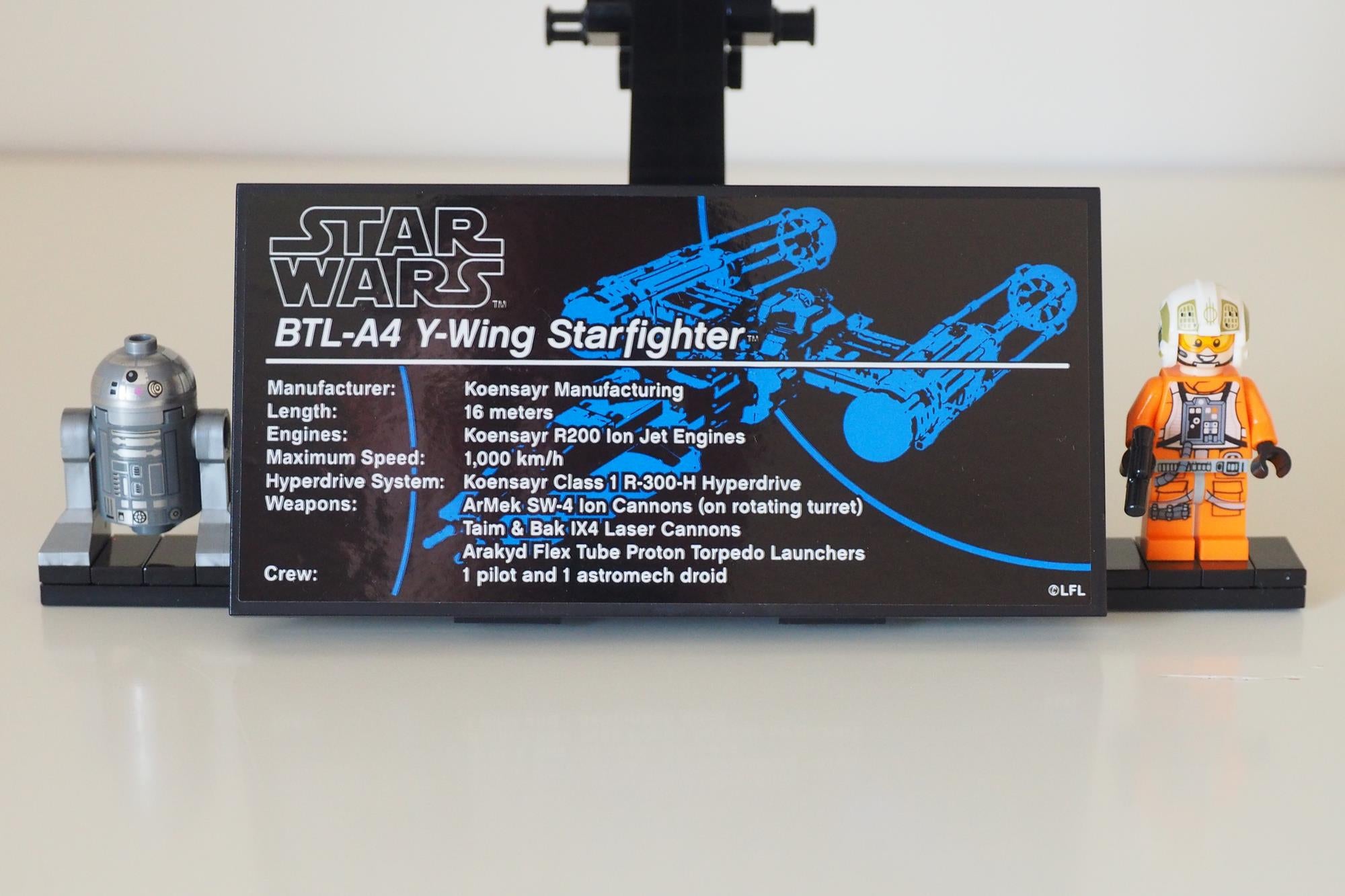 Overall, this is a fantastically detailed model and a super-fun build. If you’re really put off by stickers on your LEGO, though, you’ll be sad to hear there are a few here to complete the yellow patterning around the cockpit, as well as the three parts of the cockpit computer. Oh, and the huge one for the stand’s info panel.

If you’ve built the Rogue One LEGO Y-Wing 75172, you’ll be amazed by the step up to this. No stickers necessary for adding engine detail here. 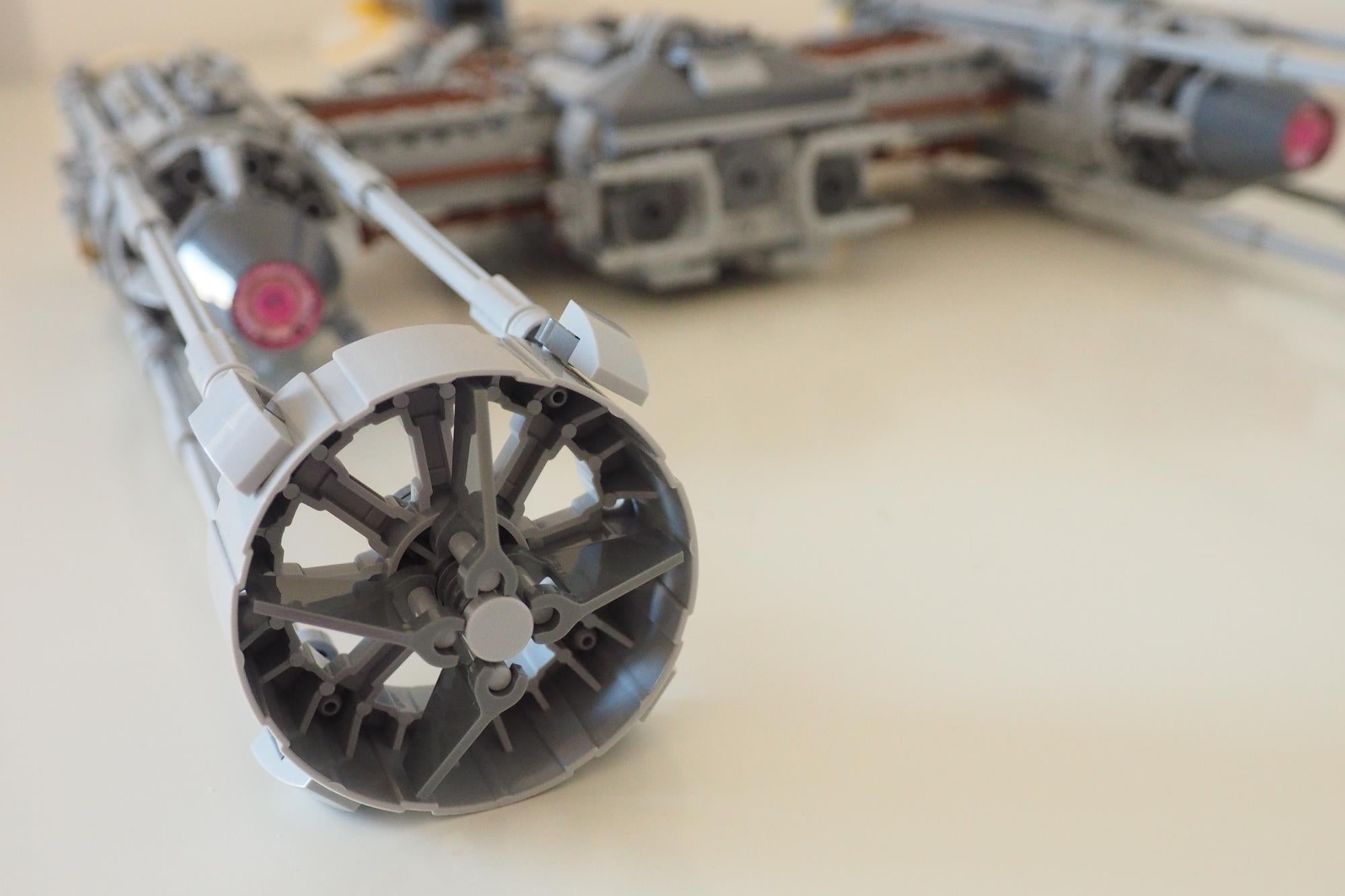 If you have to question why to buy this, you don’t deserve it. It’s amazing. OK, it’s not perfect – a couple more minifigures and one or two fewer stickers would make it beyond reproach – but this is still the best LEGO starfighter so far.

An incredible LEGO set of one of the very coolest starfighters from that galaxy far, far away.