Coming to PS4 (version tested), Xbox One and Nintendo Switch

Traveller’s Tales has been making LEGO titles for decades now. Beginning with the likes of LEGO Star Wars and Indiana Jones exploded into a seemingly never-ending list of licensed experiences spanning films, comic books and whatever else fits the lovable, blocky style. At their core, each game follows the same formula, and LEGO The Incredibles is no different.

Nevertheless, it’s still shows signs of being an enjoyable adventure suitable for children and adults alike. This marks the first time Traveller’s Tales has worked directly with Pixar Animation Studios, and it most definitely shows with detailed cutscenes and lovingly-crafted characters. 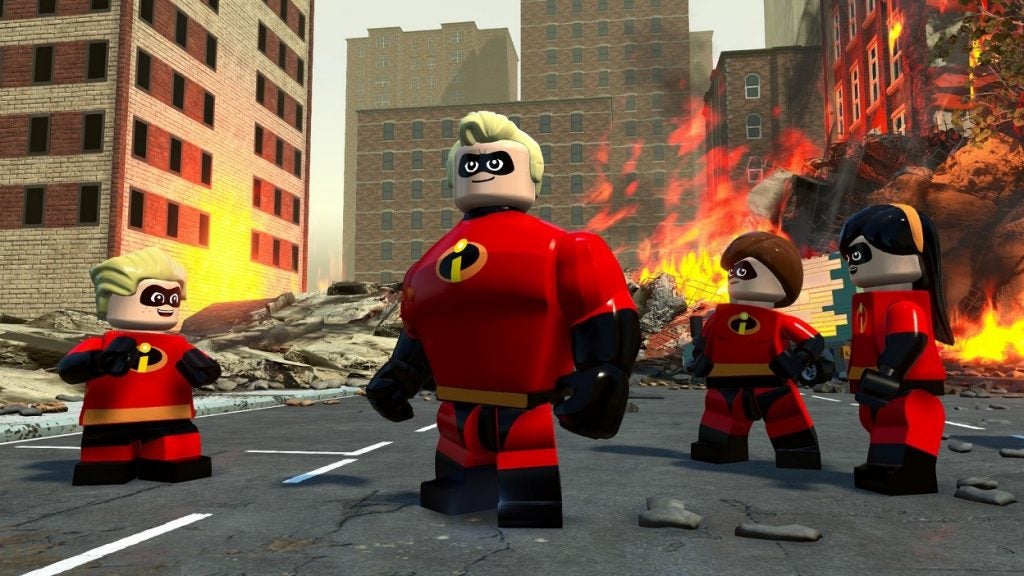 LEGO The Incredibles focuses on the franchise’s two films, the second of which is due to launch alongside the game in July 2018. A handful of original scenarios have also been developed to provide players with more content beyond events they’re already familiar with. It wouldn’t be surprising if we’re greeted with an open-world of sorts to explore packed with collectibles in the full release, too. It’s a glorified collect-a-thon, but it’s hard not to fall prey to the addiction that comes with it.

The two levels I had a chance to play spanned across the first film and allowed me to sample the entire Incredibles family, with the exception of Jack-Jack. The first has you playing as Dash, Violet and Elastigirl as they strive to rescue Mr. Incredible from the clutches of Syndrome. It was a short stage, coming in at 15 minutes or less, if you’re willing to overlook studs and secrets. Despite its length, it was great fun to play.

Puzzles are designed in a way that the family’s plethora of powers are required to complete them. For example, Elastigirl can form her stretchy body into ladders and bridges for her children to cross. Or, she can sneak through vents to discover secret areas and catch enemies by surprise. Dash can run along hamster wheels and stationery platforms to power machinery, thus reaching areas inaccessible to other characters. Finally, Violet can surround herself with a ball of psychic energy or turn invisible – two abilities I can see having plenty of potential in different scenarios.

Both levels showcased all of these powers in similar, admittedly repetitive ways. I hope the remaining levels – and there appear to be plenty – are a little more daring in how the family’s powers are used. The most surprising power is Elastigirl’s boat transformation. She can carry multiple characters at once while also having the option to discover secret areas. Levels themselves seem larger and more ambitious without sacrificing the beloved accessibility that LEGO adaptations boast. 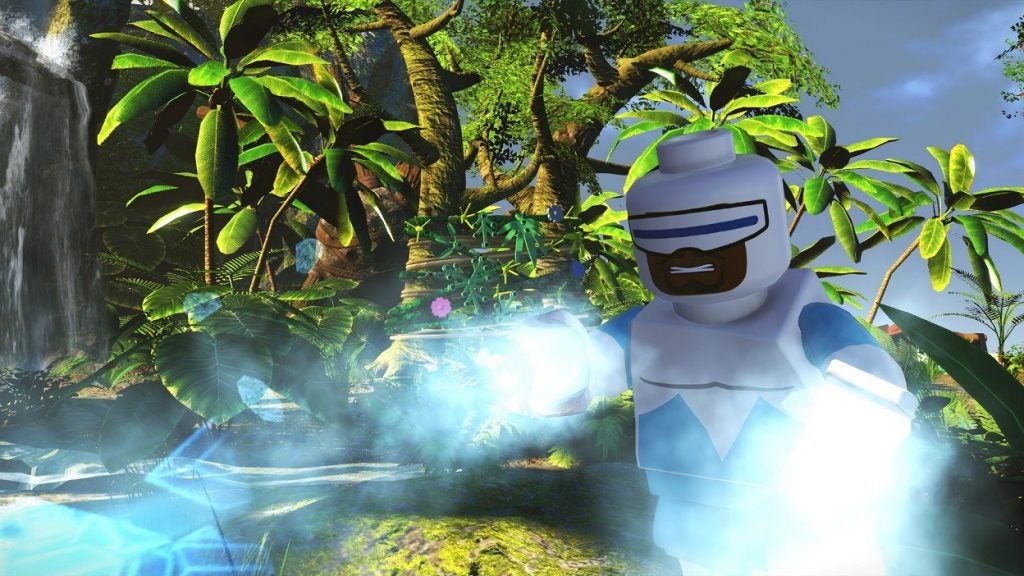 When you’re not solving puzzles or hunting for collectibles you’ll be fighting bad guys, and combat hasn’t changed much at all – despite this being a superhero outing. It’s still a matter of mashing a single button until your enemies fall to pieces. LEGO Incredibles lend things a bit of extra flair with Super Attacks. These are special moves activated after reaching a specific hit count, and every character has their own style of which to take advantage.

Super Attacks are cool at first, but having to watch the same handful of animations play out every time you take on a group of enemies soon becomes tiresome. Each hero has a few variants to cycle through, although it remains unclear if you’ll unlock different types of offensive abilities as the story progresses. If other LEGO titles are anything to go by, they’ll be ample characters to unlock and the option to make custom ones yourself.

The second stage was a throwback to superhero days of old, as Elastigirl and Mr. Incredible donned their retro costumes to combat an army of evil French mimes. The entire level took a small scene from the film and stretched it into a playground littered with enemies, secrets and adorable Pixar easter eggs. Instead of tackling the objective, you can hunt down collectibles or destroy everything in sight.

You begin this particular stage in a swimming pool complete with flotation devices and a huge water slide – so, obviously, the first thing to do is find out how to plummet down it. Upon doing so you’re rewarded with a mini-kit, one of the game’s core collectibles. There are 10 spread across each level, and you’ll need to replay them with different characters and powers to find them all.

LEGO has always excelled in providing players with ample amounts of replay value, and Incredibles continues that trend. 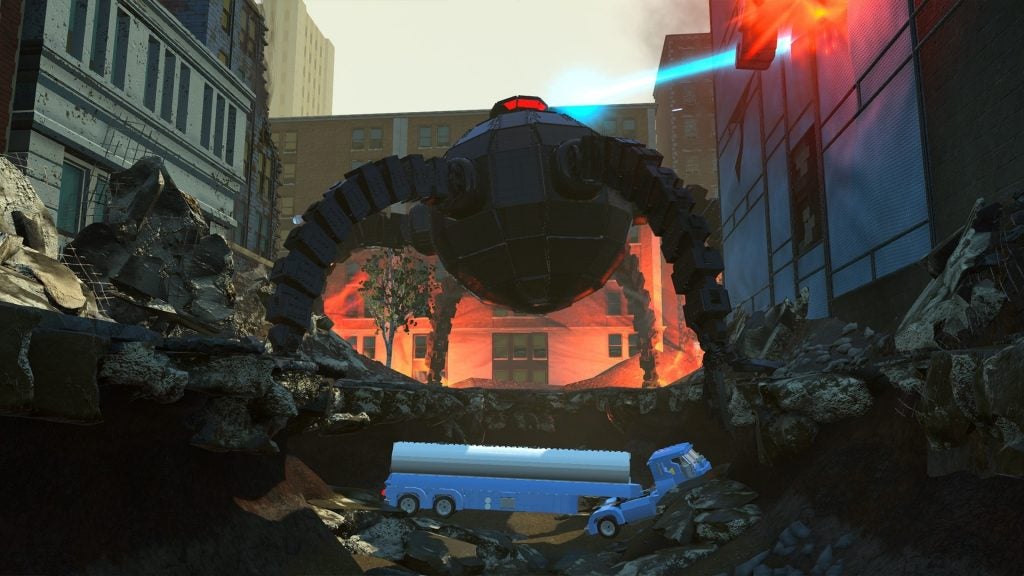 If you’re concerned that LEGO Incredibles won’t capture the spirit of the original film, don’t worry – it’s in safe hands with Traveller’s Tales. Personalities are brought to life with the original voice talent, and exceptional animation work makes cutscenes feel like neat alternatives of existing scenes.

You’ve also got the slapstick humour that’s been present in LEGO titles for years now. It’s predictable, but suitably harmless for its intended audience and just about anybody else who might play it.

At first glance, LEGO The Incredibles is familiar to other entries in the colossal library of brick-building games. Its controls, puzzles and combat are nothing new, despite a few unique twists employed by the Pixar license.

Putting aside its inevitable monotony, it’s remains as enjoyable to play solo as it is with a friend in co-op. Its relaxing, easy-going formula is an ideal way for gamers young and old to blow off some steam and mop up some collectibles. And it just so happens that The Incredibles are an excellent fit for it.