The Lee Stafford Rainbow Shine straighteners perform well for their price, but a design oversight combined with some overheating issues dulls their shine.

What are the Lee Stafford Rainbow Shine?

The Lee Stafford Rainbow Shine straighteners are one of the flagship irons in Lee Stafford’s six-strong range, and sport a striking design that we’ve come to expect from the brand.

At £70 (cheaper still, with a quick online search), they come in at around half the price of more expensive models such as the GHD Gold. However, even with some design quirks and performance annoyances, they can provide a very good result indeed. Lee Stafford products often make a statement with their designs, and the Rainbow Shine straighteners – if their name hadn’t tipped you off – are no different.

Available in a deep purple, they feature shocking-pink highlights for the controls on the front, alongside a rainbow finish to the plates; these change colour depending how you hold them, almost like an oil slick.

The outer shell of the device is made of soft-touch material that feels lovely in the hand, although we remain unsure over how durable it is. Even during testing, it picked up a few more marks and scratches over those models with a harder surface, such as the Cloud Nine Original Iron.

As mentioned, you’ll find the power button, as well as up and down controls for selecting the desired temperature (of which there are five in total) on the outside of the handle. They’re a little plasticky, but easy enough to access and use. Temperature options range from 150ºC to 240ºC, with LEDs that light up under each one to indicate which has been selected. Turning the straighteners on, the LED of your selected temperature will flash until it’s reached. There’s an auto power-off function after 60 minutes.

At the base of the straighteners is a lock button, which pushes in and out on either side to lock or release them. This is a great safety feature, and also keeps the straighteners compact for travelling; it’s a little on the stiff side, but it works.

The plates are described as electroplated, and give off negative ions to help prevent hotspots and frizz. They measure 10cm long and 2.5cm wide. We don’t believe that they’re ceramic, though – a material that’s long been lauded as the best for straighteners, and certainly the best for your hair.

Lee Stafford’s Rainbow Shine weigh in at a fairly lightweight 282g, with a thick, durable 3-metre cable and a heat mat and carry case in the box. 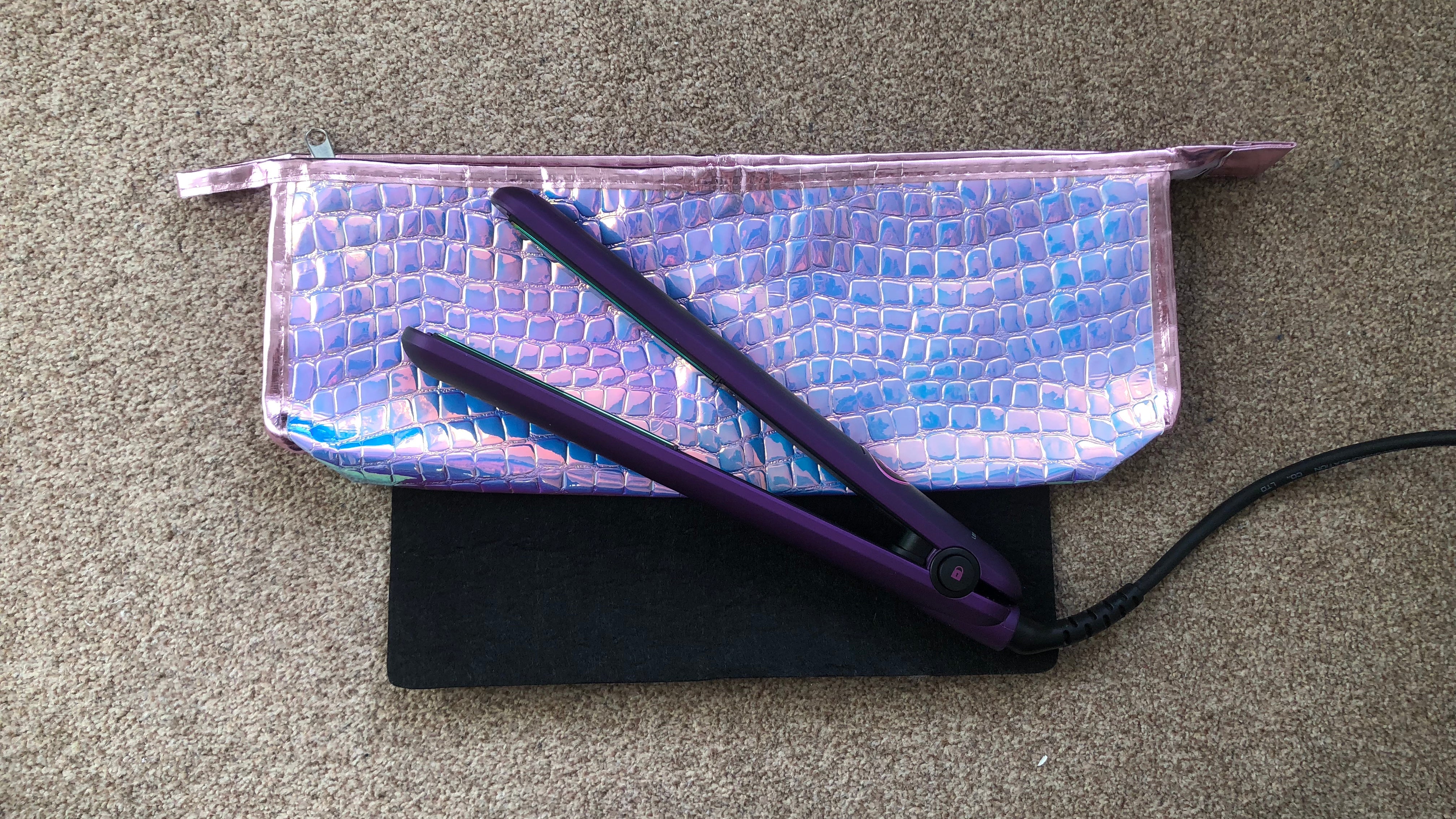 The Rainbow Shine straighteners heat up to full heat relatively slowly compared to the very best. Lee Stafford claims this should be under a minute for the highest temperature, but we measured it at 1min 20secs.

Once at temperature, they make quick work of straightening hair. However, they don’t glide through the hair with the same effortlessness as models such as the Cloud Nine Original Iron.

We’d also argue that the temperature isn’t as evenly spread across the plates as pricier models such as the GHD Gold; strands of hair at either end of a section tended to need going over again to achieve the same result as the middle part.

At the hottest temperature, these straighteners are very hot indeed, thus we’d recommend keeping the setting a notch or two lower – particularly if your hair is fine. We struggled to touch the hair after it had been through the plates, although the higher heat option will prove handy for those with very thick hair that might require the extra encouragement – just be sure to use a heat protection spray. 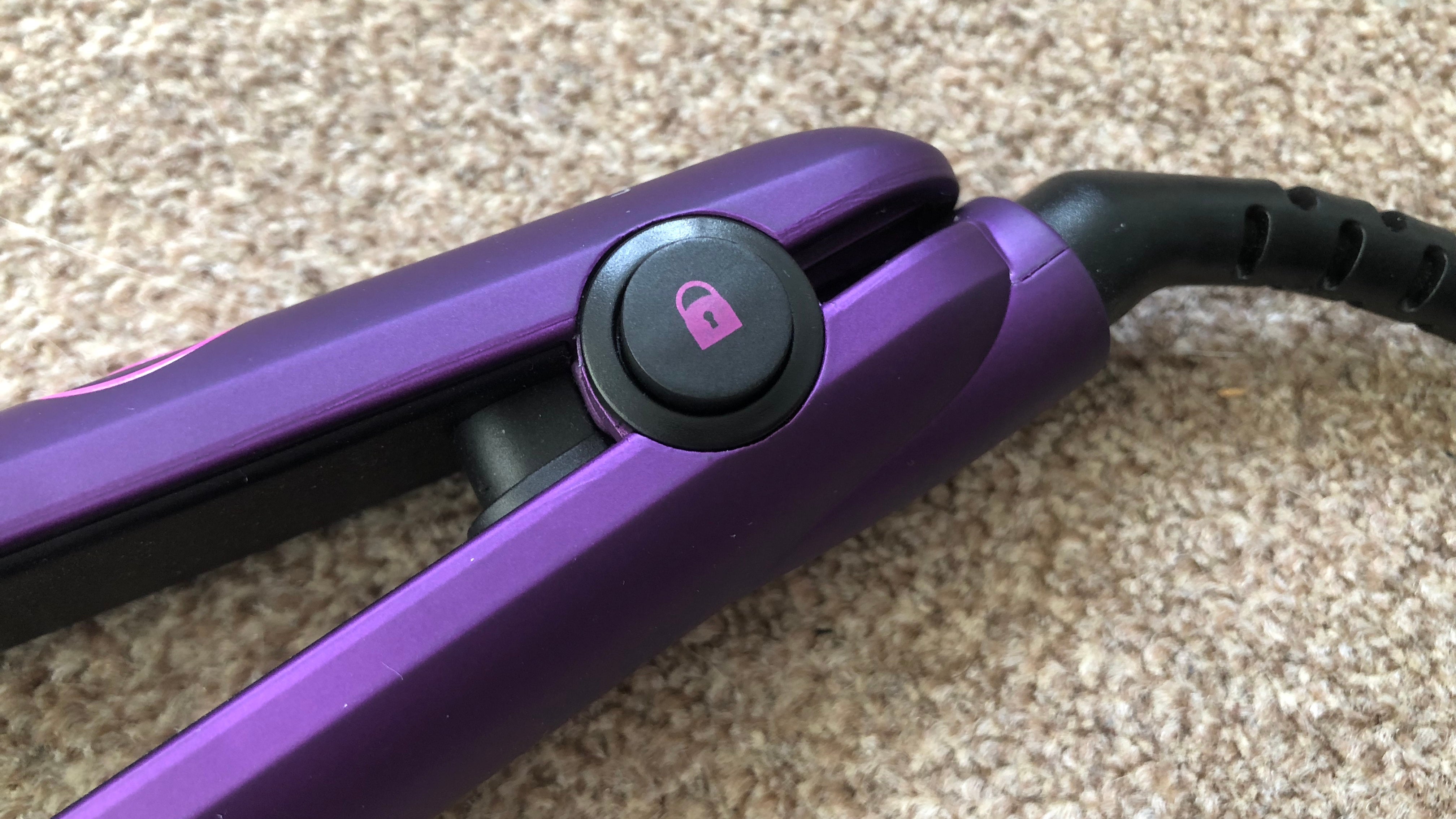 What isn’t so welcome, however, is how hot the straighteners get on the outside at the highest temperature. You’ll be unable to hold them much higher than where the controls sit. Having to hold them so low down means you can easily find yourself hitting the controls by accident and adjusting them midway through styling, which is frustrating.

We also found that, despite having floating plates, these straighteners don’t meet as snugly in the middle as others, requiring a slightly firmer squeeze – for finer hair, at least.

This also caused us to accidentally knock the controls; several times we were still attempting to straighten our hair before we realised we’d actually turned the straighteners off.

The heat available to you here makes these straighteners great for curling, and we achieved a lovely finish int his regard – although controlling the straighteners through the back sections of the head was a little difficult as, once again, the top of the device was too hot to hold. You can get the Lee Stafford Rainbow Shine straighteners for considerably cheaper than their RRP via a quick online search – and at that price, there’s plenty to like. They’re effective at both straightening and curling, go hotter than you could ever want, and come with some handy extras in the box.

That said, we’re unsure if the plates are ceramic, which combined with the super-hot temperatures, could mean they aren’t the best for your hair.

In addition, the controls are awkwardly placed, and the outside of the straighteners can become very hot indeed, which is a bit of a safety concern – not to mention makes them difficult to use.

The Lee Stafford Rainbow Shine straighteners perform well for their price, but a design oversight combined with some overheating issues dulls their shine.