It’s the usual dilemma: kids like games consoles, but parents would rather put them in front of something where they’ll learn something more useful than which Pokémon is best equipped to take on Mew. What’s more, your average games console isn’t as easy for younger primary age children to get their heads around as you might think. Complex controllers and tricky menus can all get in the way of the fun.

Having already made its mark with its Leapster handhelds and LeapPad tablets, LeapFrog thinks it has the answer. The LeapTV is a living room console aimed squarely at young children and their parents, with an innovative controller, full-body motion controls, a simplified interface and a more educational style of game. Is it worth buying into, or would you be better off with the usual Microsoft, Sony or Nintendo stuff? 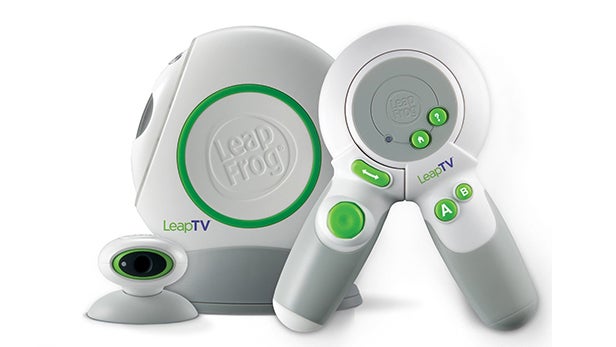 If Leapfrog gets anything right, it’s the design of the hardware. The actual console is closer in size to a media streamer than a PlayStation or Xbox, standing less than 30cm tall and 8cm wide. It’s all high-tech whites and soft curves, with a cartridge slot accessible at the front and a nice glowing green ring when the console is switched on. Round the back it has an HDMI port, a USB connector for the supplied motion-sensing camera, an Ethernet port and a socket for the power supply. Most homes will skip Ethernet in favour of the built-in 802.11n WiFi, while Bluetooth 2.1 is also supported for connecting up the wireless controller.

The transforming controller is probably the most innovative element. Two arms sit on a central circular hinge, with an analogue stick on the left arm and A and B buttons on the right. In this form, it works much like a standard console games controller, albeit a very simple one. Hold the release button above the left stick and twist it left-wards, however, and the controller converts into a sort of wand, where the glowing end works with the plug-in camera to move a pointer around; useful for selecting items in a menu or pointing to objects on the screen. The camera can sit on a stand in front of the TV, but Leapfrog also provides a mount for fitting it to the screen. 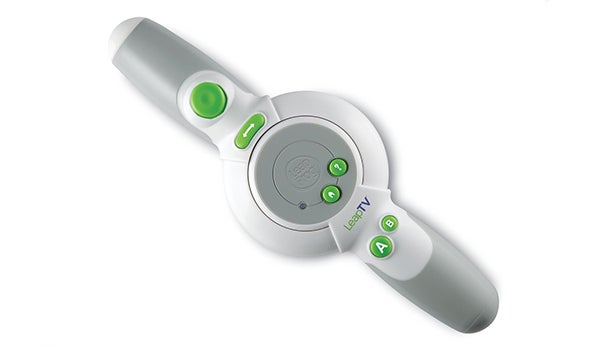 Plugging everything in is a matter of minutes, and after that parents are taken gently through the setup procedure. Once you’ve created a Leapfrog account – existing ones are fine – you can set up profiles for each child in the house plus any visitors, and LeapTV takes in their ages and makes adjustments for their size and the room conditions. Complete the process, and the built-in Pet Play World game is unlocked.

This is a variation of the virtual pet game, where players can create pets, colour them and name them, then play with them and change their surroundings. You do most of this stuff with the controller in ‘classic’ or ‘pointer’ mode, but there are also games that use full body motion, where the camera tries its best to focus on your child’s limbs and have them interact with virtual objects, Kinect-style. 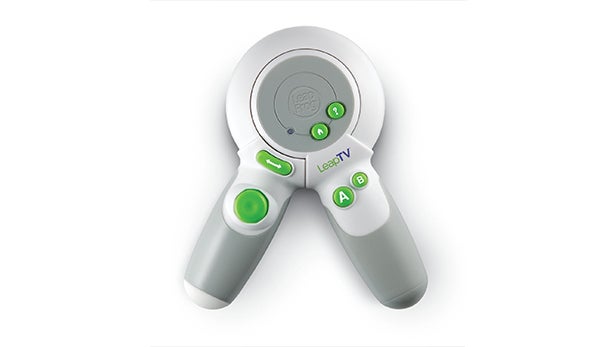 There’s fun to be had here, with activities where you’ll pamper your pets or dig for gold, and odd readings or maths questions to keep their brains as active as their bodies. The questions will target the age of their profile, but in practice we found them skewed a little young at times. On the plus side, the software bends over backwards to make everything accessible for younger players. Parents and older siblings might groan at the repeated explanations of just about everything, but it really helps the young ‘uns get to grips with the activities.

We also like Leapfrog’s approach to rewards. The games seem full of collectibles and bonuses, plus badges to collect for success in activities: the LeapTV equivalent of those Xbox Achievements. 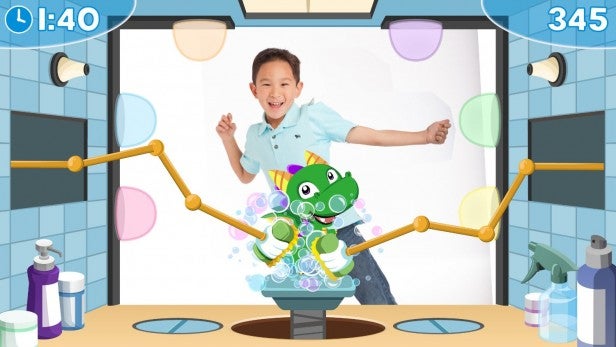 There’s some good stuff going on here, but we’re not entirely convinced
by LeapTV. It’s a well-designed, compact and quiet device, but the
camera/pointer combo is a long way off the accuracy of Nintendo’s Wii or
Sony’s Move controllers, and we consistently struggled to get results
in full body motion activities in one corner of the screen, even with
lights moved around. Even in pointer mode, there’s a lot of lag. Giving
your kids technology that’s clearly inferior to a ten year old console
doesn’t seem like a great idea.

What’s more, the games themselves don’t seem to be all that brilliant. Kids won’t mind the flat 2D graphics or stilted animation, but the gameplay in both Pet Play World and Disney Pixar Pals – the other game we sampled – is a little generic and unimaginative. Our eight-year-old test subject was entertained most of the time, but also occasionally bored and restless, though eight is at the upper end of the LeapTV’s target audience. 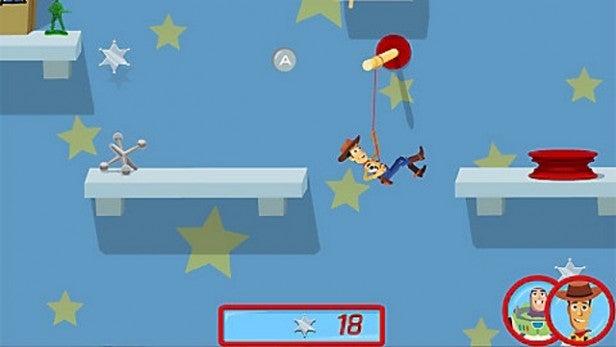 Disney Pixar Pals sees Buzz and Woody from Toy Story and Mike and Sully from Monsters U teaming up to open doors and unlock mini-games through some basic platform-puzzling, but the way characters move and jump is almost painful.

We don’t expect the stuff of Mario or Sonic, but this is the kind of thing you might see in a £1.99 iOS app, not a £20 game. And while some of the material works from a brain-training or educational perspective, you come to wonder whether playing this is really helping your kids all that much. Specs aren’t important here, and the Leap TV’’s quad-core processor and 1GB of RAM seems enough to power decent-quality 2D visuals at 720p. We just wish that those 2D visuals were put at the service of stronger titles. 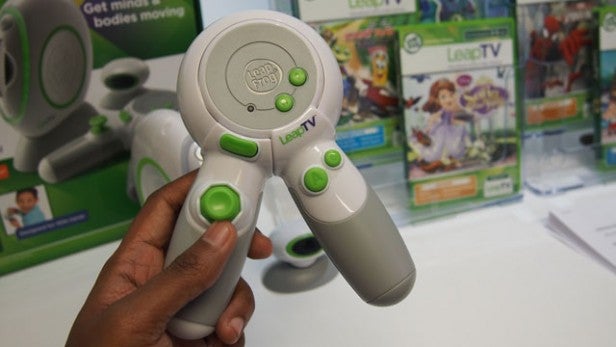 And here we come to the crux of things: at the original price of £120
we’d have struggled to recommend the LeapTV. At that price, it was going
up against more capable and versatile games machines, where there are
educational games available, not to mention games that aren’t
specifically educational, but do have benefits for learning.  What’s
more, you could buy any number of affordable Android or Amazon Kindle
Fire Tablets, where there are great kid-friendly games and education
apps available at much lower prices, plus parent-friendly tools to lock
them down.  For that money, you could even buy the Amazon Fire TV and games controller, and get a range of child-friendly content there.

For £80, however, the Leap TV is a better deal, and even should your five-year-olds grow out of it by the time they turn eight, they’ll get enough out of it in the meantime to make the purchase worthwhile. We still wish the camera worked more effectively and the games were cheaper, but as a My First Console, the Leap TV really isn’t a bad effort.

Verdict
A good attempt at a kiddie-friendly console, though problems with the motion controls and the mixed quality of games on offer holds us back from a full-on recommendation. Leapfrog doesn’t need amazing graphics and innovative gameplay to win in this market, but it does need games that are noticeably better than £2 apps. That aside, there’s a lot of fun on offer here for younger players, and enough educational value to make the parents feel good too.