A stablemate of the LeapPad 2 Explorer we reviewed back in December, the Leapster GS Explorer is to the handheld games console what that device was to the tablet: a cut-price, cut-down alternative aimed squarely at tech-loving kids. Though no competition for the Nintendo 3DS or Sony PS Vita, the Leapster GS Explorer is certainly very affordable. It can be found at half the price of the LeapPad 2 while sharing many of the same features. With its robust build, child friendly interface and library of educational apps it’s a tempting proposition for parents, giving the kids something to do on the move without the terrors of them manhandling your precious iPhone or Galaxy SIII.

The design of the GS Explorer has clearly been based on a handheld games system, with a large digital D-Pad on the left hand side, two face buttons on the right and a 3.5in screen sitting in-between. With its left and right shoulder buttons it’s actually close in layout, looks and feel to the original Nintendo GameBoy Advance of 2001. At 898g it’s heavier than any current handheld console, but also chunkier and more robust. Its thick plastics have clearly been designed to take a battering, and if you’ve seen kids wreck their way through a succession of Nintendo DS handhelds, you’ll appreciate why this is a good thing. 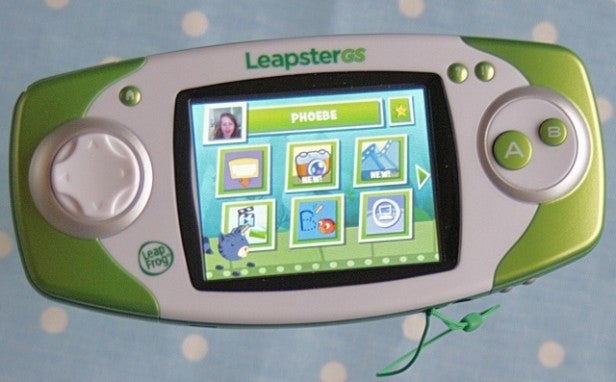 Of course, the GS Explorer has also been built to a budget. The 320 x 240 pixel QVGA screen isn’t a million miles away from the 320 x 240 and 400 x 240 per eye displays of the 3DS, but it’s a long way behind the screens we’re seeing on even budget smartphones. Still, if it’s a little dull and colours could be punchier, it works reasonably well for the breezy, cartoon material it’s presenting. This isn’t a device for viewing fine text, browsing photos, playing 3D games or watching movies – it’s a device for running children’s apps and playing simple 2D games.

It pays to take the same approach to the sound. There’s a mono speaker at the top of the GS Explorer, which puts out a rather brash sound, but what it lacks in subtlety it makes up for in power – chiefly the power to really annoy long-suffering parents on a two-hour drive. Familarise yourself with the volume controls, hidden next to a useful headphone socket on the base of the unit; you might just need them both. 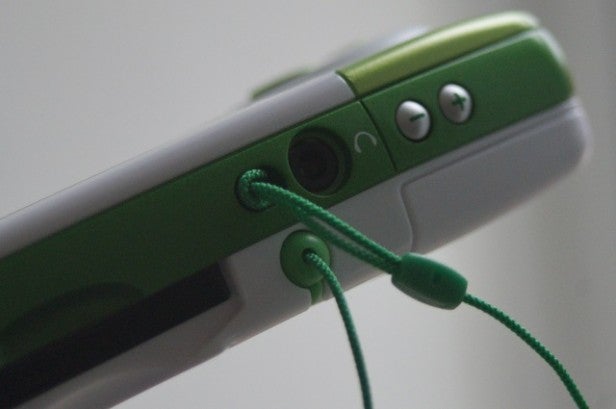 Beyond the screen and speaker, the GS Explorer is a more sophisticated device than you might expect. At the rear it has a 2 megapixel camera, while there’s a microphone built into the top of the unit. Tilt controls have also been included for the benefit of those games and apps that support them, and the screen is also a touchscreen, albeit a resistive one. A stylus is concealed within the body, but thoughtfully attached so that it won’t get lost within the first week of use. 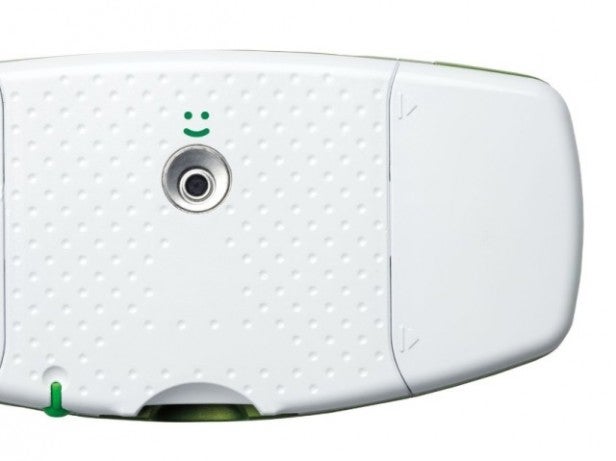 The 2 megapixel camera is used with the pre-installed Camera and Video Recorder app, either to shoot stills or shoot video. Stills are pretty woeful in all but ideal lighting, with fuzzy detail and plenty of noise, while video is captured at 14fps with a VGA resolution and similar issues. On the one hand, this is disappointing, but on the other hand smaller children don’t seem to mind. They’re less fussed about the risible quality, and more excited about the way the app lets them doodle on their photos or stretch out their features to make weird-looking faces. And what can you expect at this kind of price?