What is the LeapFrog Epic?

More than just another tablet aimed at the lucrative kids market, the LeapFrog Epic is a 7-inch Android-powered device offering users access to an app store.

LeapFrog Epic – Who’s it for?

The Leapfrog Epic (that’s Explore, Play, Imagine and Create) feels like it’s been engineered for younger users. While the packaging states that’s 3-9, it’s definitely the younger end of this group that won’t want to put it down. The Epic isn’t trying to be the best kids tablet on the market, but appears to know where its audience lies.

Chunky, clunky and brightly coloured, the LeapFrog Epic feels robust. While others in this class – such as the Amazon Fire HD Kids Edition and the Samsung Galaxy Tab 3 Kids – share some of these attributes, I can’t help but feel that they’re adult tablets dumbed down for toddlers, rather than being built for kids specifically. 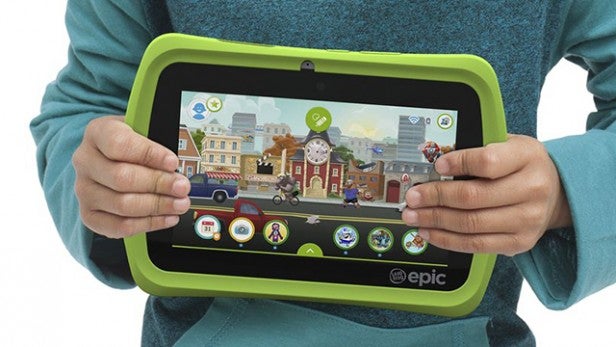 The Epic’s screen resolution isn’t the best at 1,024 x 600. The lower-quality display means that viewing angles are limited, and colours aren’t represented as they’re supposed to be enjoyed. However, neither issue seemed to concern our mini-testers, who sat tightly huddled taking part in some on-screen tapping action.

The Android-powered Epic has been designed to offer a customised experience that grows in line with the children. This essentially means that parents are able to unlock access to various content, using parental controls, as it becomes age appropriate.

The device offers up to three kids the opportunity to host their individual profiles from the homepage, and so once inside they all have access to their own content.

However, in my opinion I don’t believe that many children beyond the age of five will still be using the Epic. By this time many would have had access to a tablet for grown-ups, and will therefore be expecting processing speeds akin to what their parents have. Essentially, this is a first tablet for 3-to-4-year-olds.

The interactive homescreen proved very popular with my mini-testers. They could scroll from side-to-side easily, exploring across different areas. The ability to add stickers went down very well indeed – keeping them entertained for quite some time. 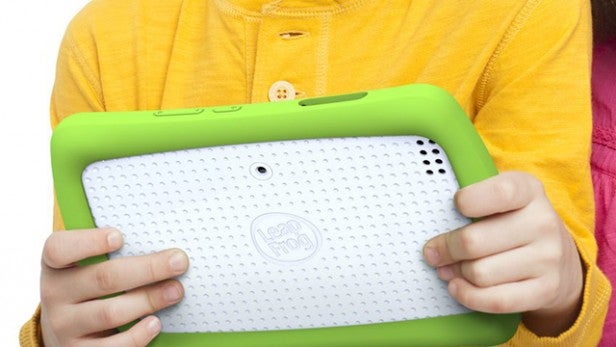 Kids receive daily surprises, which are small presents that they tap on to access mini-games. There’s one that gets the children to talk into the tablet when instructed and also sing into the microphone.

The 2-megapixel front and rear cameras were put to good use by our four-year-olds, allowing them to carry out all manner of image manipulation to create comical pictures of younger siblings, parents and pets. There’s 480p video too, which is totally adequate for purpose.

Parents have full control over the LeapSearch browser, offering real peace of mind. I set up the tablet to allow access to only a handful of pages and was also able to monitor the kids’ usage and set time limits too.

Getting hold of new apps once children had become bored of the initial line-up was also pretty simple. A side-load of the Amazon App Store offers access to a plethora of everyday apps and games. You can also side-download Netflix and Kindle to provide even greater entertainment options.

The LeapFrog Epic comes with 16GB of memory built-in. In addition, it’s expandable via micro-USB to 32GB, so storage won’t be an issue. And although not enough for a long-haul trip, the five hours of battery life is respectable too. 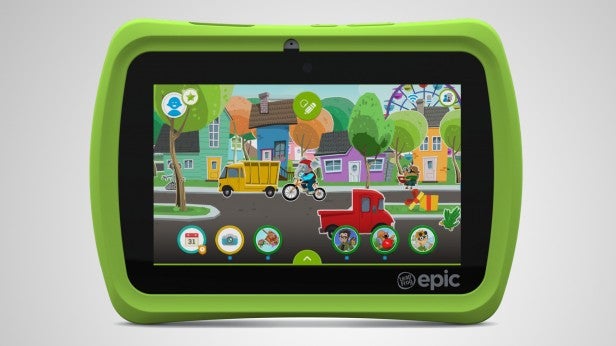 Should I buy the LeapFrog Epic?

The LeapFrog Epic is a great choice for any parent on the market their kid’s first tablet. It offers a variety of educational, but expensive, applications as well as a secure, easy to censor web browser. However, I’m not convinced it’ll appeal to older kids who’ve reached the six-plus bracket, who will more likely be on the market for a proper tablet, like the iPad Mini.

For under fives, the LeapFrog Epic is the perfect platform on which to begin a journey in tech, offering entertainment and education in a managed way.