Layers of Fear 2 is an enjoyable horror adventure, but rarely does anything new with the genre. I’ve seen it all before, and given the excellence of Bloober Team’s last project, this feels like a step backward in terms of both ambition and quality.

One of the best things about survival horror is how the supernatural can alter your sense of perspective completely. Ground you once considered solid can be dissolved into nothing at a moment’s notice, while the arrangement of a room will alter the second you turn the camera.

Layers of Fear 2 transports you into a world where nothing feels real. Every second of this horrifying journey was spent doubting my own reality. Corridors would shift from pristine cleanliness into displays of unsettling spectres waiting around every corner.

Bloober Team has crafted a horror sequel that hides plenty of deep, dark secrets behind its assuming persona, yet it ultimately feels like a step backwards compared to Observer, its previous game. It’s a spooky adventure drenched in routine, but one still worth embarking on if you’re a hardcore fan of the genre. 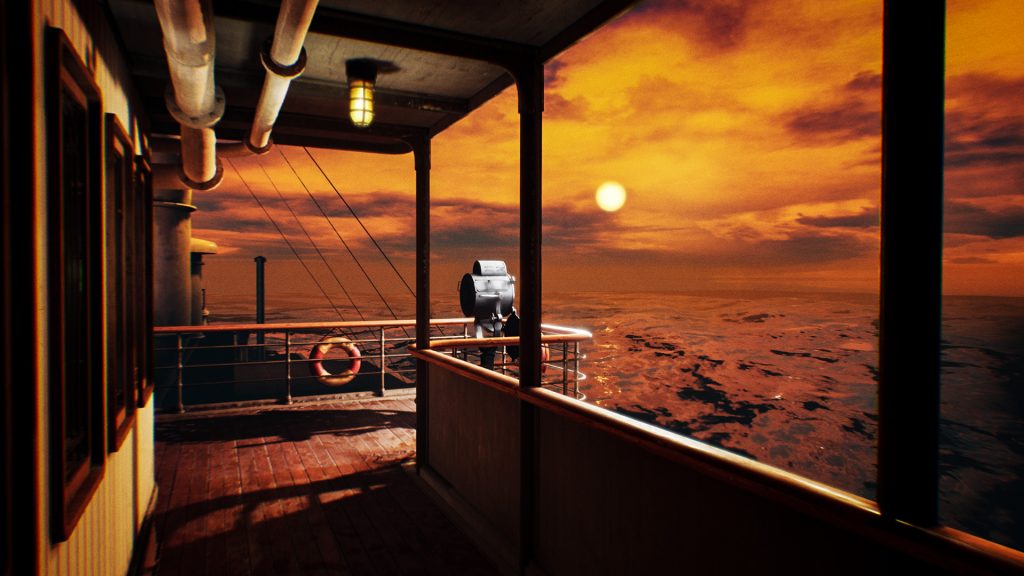 The nautical setting never quite reaches its claustrophobic potential

Set aboard an ocean liner, you play as a nameless actor who finds himself landing the role of a lifetime. However, the acclaimed director you’re working alongside harbours a sinister reputation. He’ll do anything he can to make his pictures perfect, even if it means pushing people to breaking point in truly disturbing ways. You’ll delve into the psychological backstory of this twisted auteur throughout Layers of Fear 2, the finer moments of which I won’t spoil here.

During the opening minutes you’re tasked with finding your inner character. How to achieve this remains unclear, with the word ‘character’ quite literally displayed like a game of hangman on a nearby blackboard in the starting area. What this means is a tantalising mystery, urging you forward despite the unimaginable hells that inevitably await.

Beginning inside a grand room on an abandoned ship, our protagonist awakes to a space filled with pomp and splendour you might expect of a famous actor. It’s a wonderful display of grandeur until you stumble into a dishevelled dressing room sporting dirty mirrors, filthy clothes and a projector pointing toward a nearby wall.

The projector is how you’ll access levels, each film reel representing another step into the main character’s slowly-encroaching insanity. You’ll return to this hub area after each stage, which will become more and more laden with unsettling imagery and grotesque displays of viscera.

Layers of Fear 2 is always unpredictable, which works both for and against its attempts at conveying atmosphere. 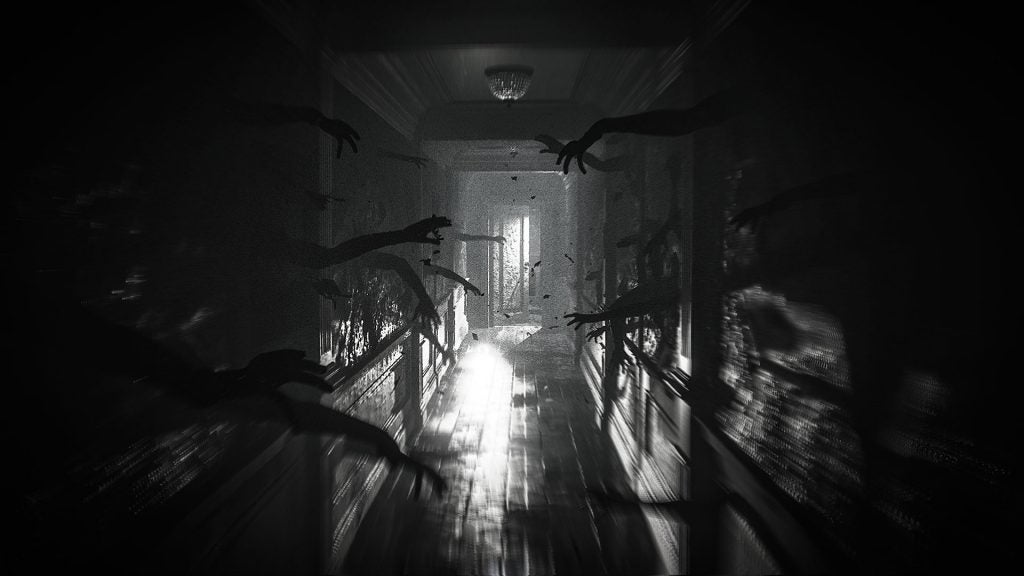 Moments like this are frightening, but lack impact when they happen all the damn time

Played from a first-person perspective, Layers of Fear 2 is all about exploration. I spent hours simply occupying the claustrophobic corridors of this pristine ocean liner, keen to uncover its many dark secrets. I loved cautiously walking around, picking up items that triggered small pockets of narration key to learning more about this hellscape I occupied.

It’s almost a shame that Layers of Fear 2 doesn’t take full advantage of its setting, transporting you to reality-bending planes of torment in the first few stages instead of giving its nautical setting room to breathe. Being left at sea means, with the exception of an absurdly long swim, there should be no reasonable means of escape.

Being hurled into otherworldly realms of darkness filled with dismembered limbs and faceless mannequins was admittedly terrifying, but it wasn’t given enough context to truly mean something. A ghastly narrator, representing the omnipresent director, pops up occasionally, forcing you to make vague moral decisions that will eventually influence the story.

Despite all this, the antagonist and setting aren’t given enough time to establish themselves, with levels being too occupied with gruesome imagery than telling a cohesive tale. Each chapter represents our procurement of another character trait, delving into the reasons we became such a vain, self-obsessed face of entertainment. 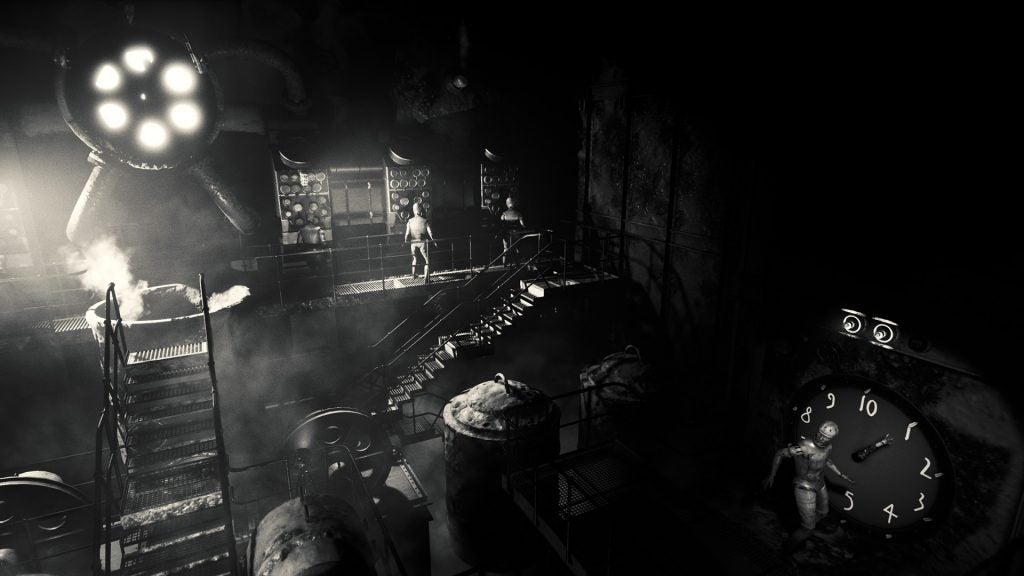 Mannequins will almost always be creepy, and we have 2005’s Condemned to thank for that

You’ll encounter some fairly trivial puzzles throughout Layers of Fear 2, some of which challenged me with basic math challenges while others might hide a door code behind some debris. They managed to tax my brain to the point where I needed to stop and think, scanning over my environment to find anything I might’ve missed.

For as linear as the journey is, I couldn’t ask for much more. The puzzles halt your progress just long enough to feel rewarding without halting the story. Since, if I’m honest, the narrative was one of the only things keeping me going. It’s often frightening, but seldom imaginative enough to stand out amongst other contemporary examples of survival horror.

The colour pallette will often shift to black and white in a handful of stages for extended periods. It’s disorienting, used with purpose as you flee from horrifying monsters and avoid spotlights resulting in instant death if you’re caught. I felt these weren’t telegraphed enough to be satisfying, causing unexpected deaths in a way that felt frustrating. It’s one of many good ideas Layers of Fear 2 never quite capitalised upon. 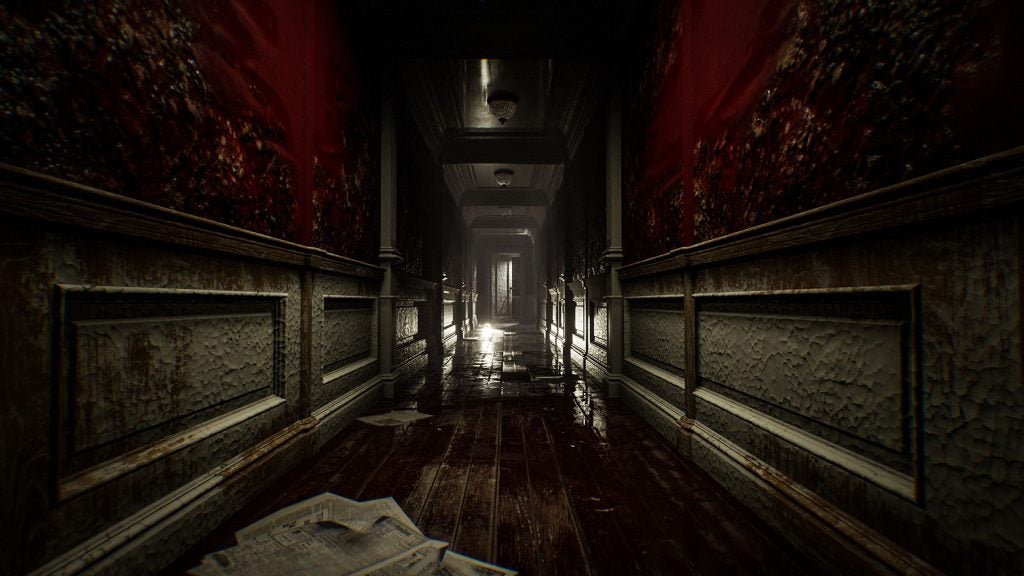 Nope. There is nothing in the world that would make us walk down this corridor

I also couldn’t help but feel underwhelmed as I was always being taken away from the ocean liner setting. I was curious to explore an abandoned vessel, left to rot by a director whose ambitions simply outweighed his talent. As a broken actor I could have failed and surrendered, or fight through the sick desires of the man who brought me here, but beyond vague choices, those options are rarely ever presented.

Instead, you’re hurled into strange yet compelling locales that increasingly question your sanity. They’re terribly fun to explore, but largely linear, with a story that never quite reaches the heights of Observer or the first Layers of Fear. The highlight is a pair of troubled children you follow, who seem to be going on an innocent adventure as playful pirates. But delve deeper, and you’ll uncover a facade that acts as a flimsy shield to the true horrors that await them.

Layers of Fear 2 is an enjoyable horror adventure, but rarely does anything new with the genre. I’ve seen it all before, and given the excellence of Bloober Team’s last project, this feels like a step backward in terms of both ambition and quality.