The Lavazza A Modo Mio Smeg is easy to use, producing a great espresso. It may be a tad pricey for its single ability, but it sports the usual handsome design of Smeg appliances. While Lavazza’s A Modo Mio system doesn’t offer the widest range of pods on the market, it does include various intensity levels, as well as decaf and organic options. There are no milk pods, so those who like their coffee with milk, will need to buy a frother.

Uniting Smeg’s high-quality signature design with Lavazza’s espresso-focused A Modo Mio range, this coffee machine is an excellent example of Italian sophistication. Handling the streamlined water tank may take some getting used to, but the Lavazza A Modo Mio Smeg offers both style and substance, brewing great-tasting espressos.

As the name suggests, the machine is compatible with the Lavazza A Modo Mio range of espresso pods (called eco caps), which includes lungo (double espresso), organic coffee and decaf pods. While there aren’t any third-party pods available, you’re likely to find a preferred intensity level within the Lavazza system itself.

Part of Smeg’s 50s Style range, this smart-looking machine is available in three colours: black, red and cream. At the first glance, the coffee machine appears unusually deep, exaggerated by its narrowness: it’s barely wider than a standard two-socket mains outlet. But this means it won’t take up too much room on your countertop, at least in one direction. Its shape and the red colour of my sample made me think of the new Routemaster bus.

The water tank can be found at the rear of the machine. Rounded, like the front of the machine, it proved a little tricky to handle. The lid is hard to grip because of its shape and slippery texture, and the tank itself only has a small indentation for grip. 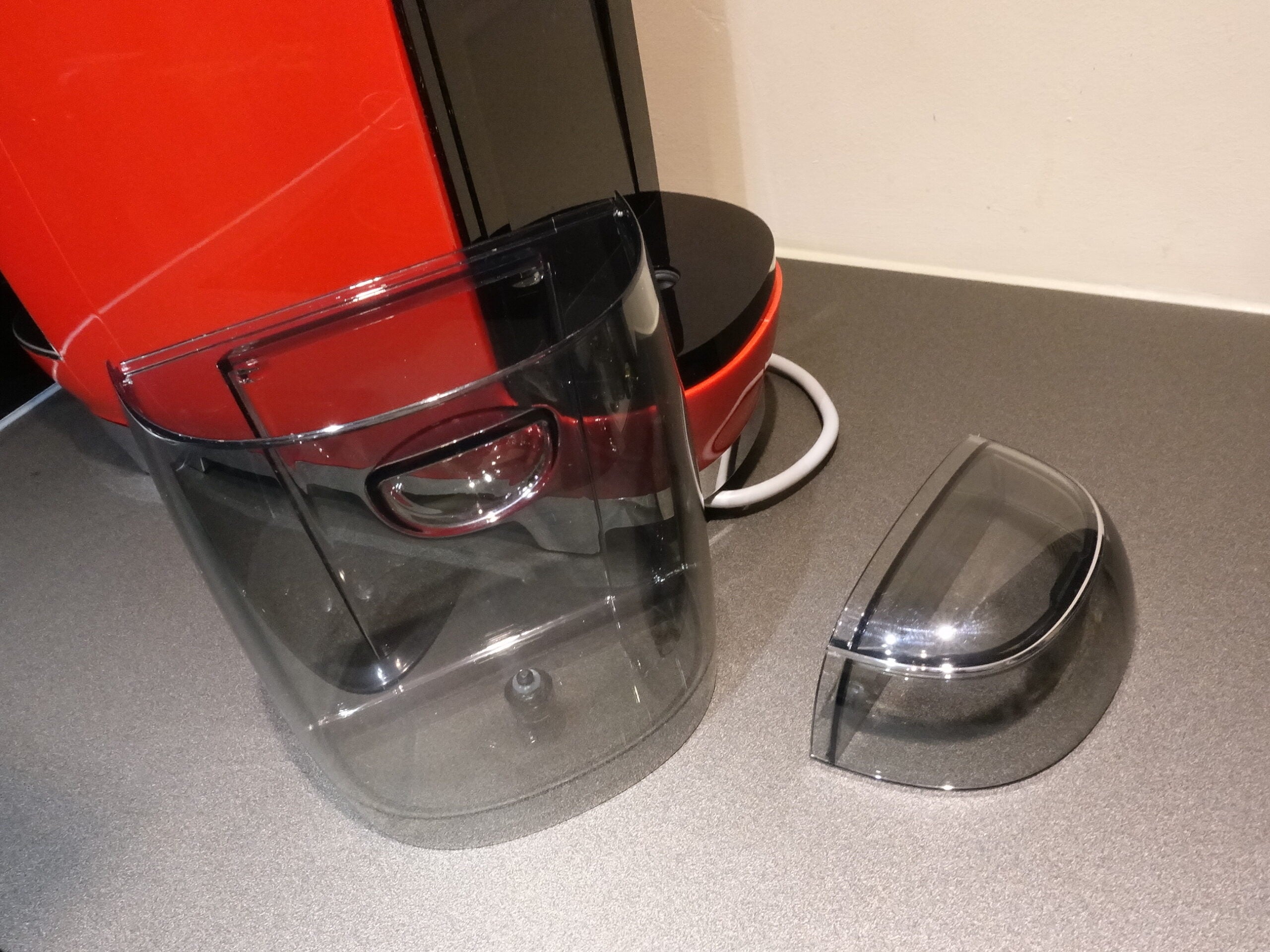 The capsule loader lever is made of solid metal, giving the machine a luxury feel. Other accents, and the wall hiding the capsule drawer, are made of chromed plastic, while the red drip tray also has a metal cover. The latter is pleasantly deep, although you’ll hardly need it since this machine doesn’t tend to splash or drip. After making eight cups of coffee, the tray had collected only a single drop.

Controls are found on top of the machine; there’s one plastic button for espresso and one for lungo. They flash and light up in different colours to signal the heating cycle or any problems with the machine. An explanation of these alerts can be found in the manual.

Conveniently, the pod bin has a removable basket, so that pods can be drained of the remaining coffee and the liquid poured out separately. It’s said to take six pods, but I managed at least eight. 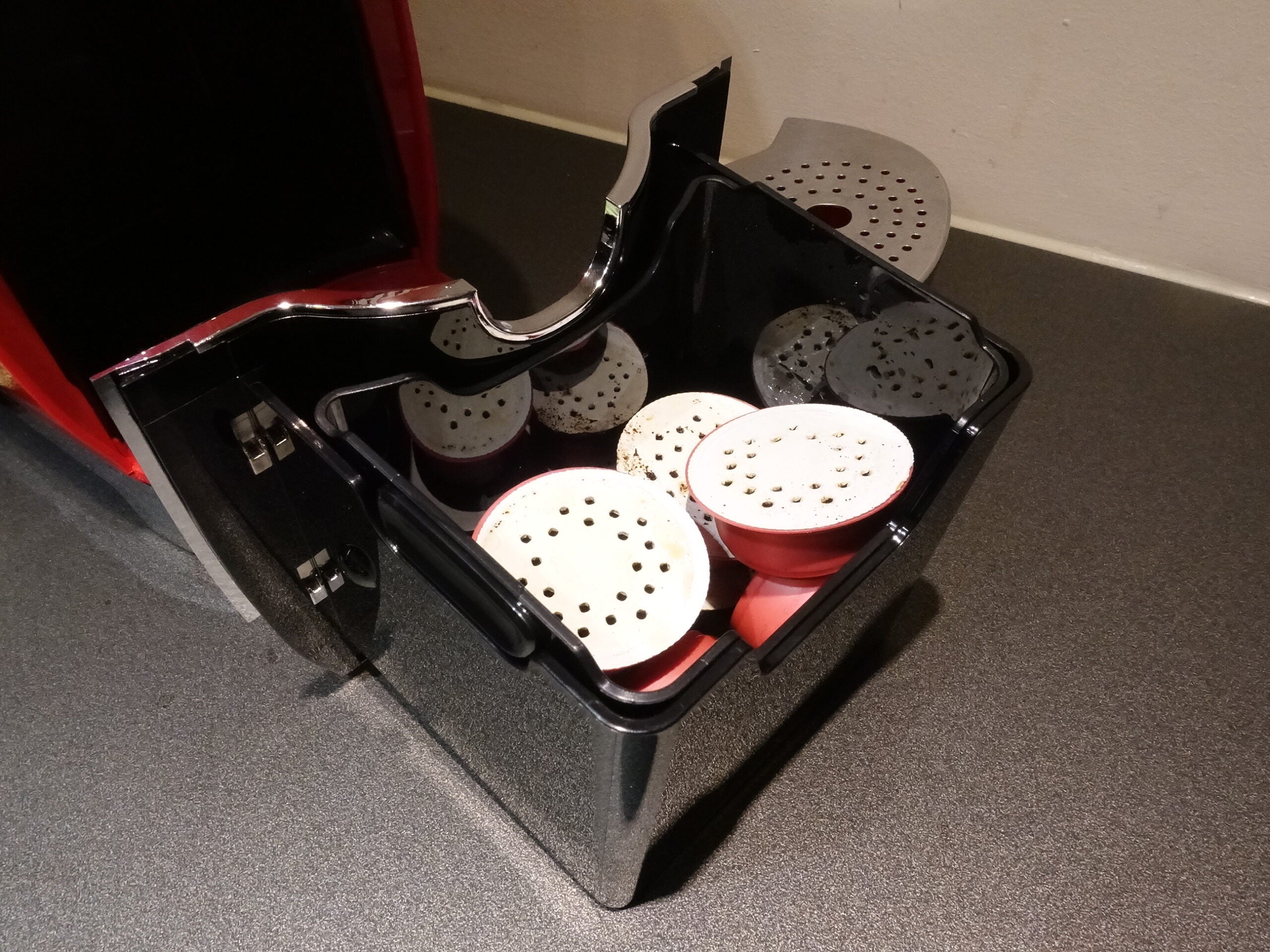 The Lavazza A Modo Mio Smeg takes about 20 seconds to warm up, during which the espresso and lungo lights will flash. When they stop flashing, it’s ready to use.

This machine only makes two types of coffee: espresso and lungo (essentially a double espresso). The default settings are 30ml for espresso and 60ml for lungo; but these can be reprogrammed by holding down one of the buttons. The machine will start extracting after a couple of seconds and continue to do so until you let go of the button, on reaching your preferred shot quantity. This new setting will then be saved as default, accessed with a single tap of the button. This is similar to how most Nespresso machines work, including the Sage Creatista Uno. 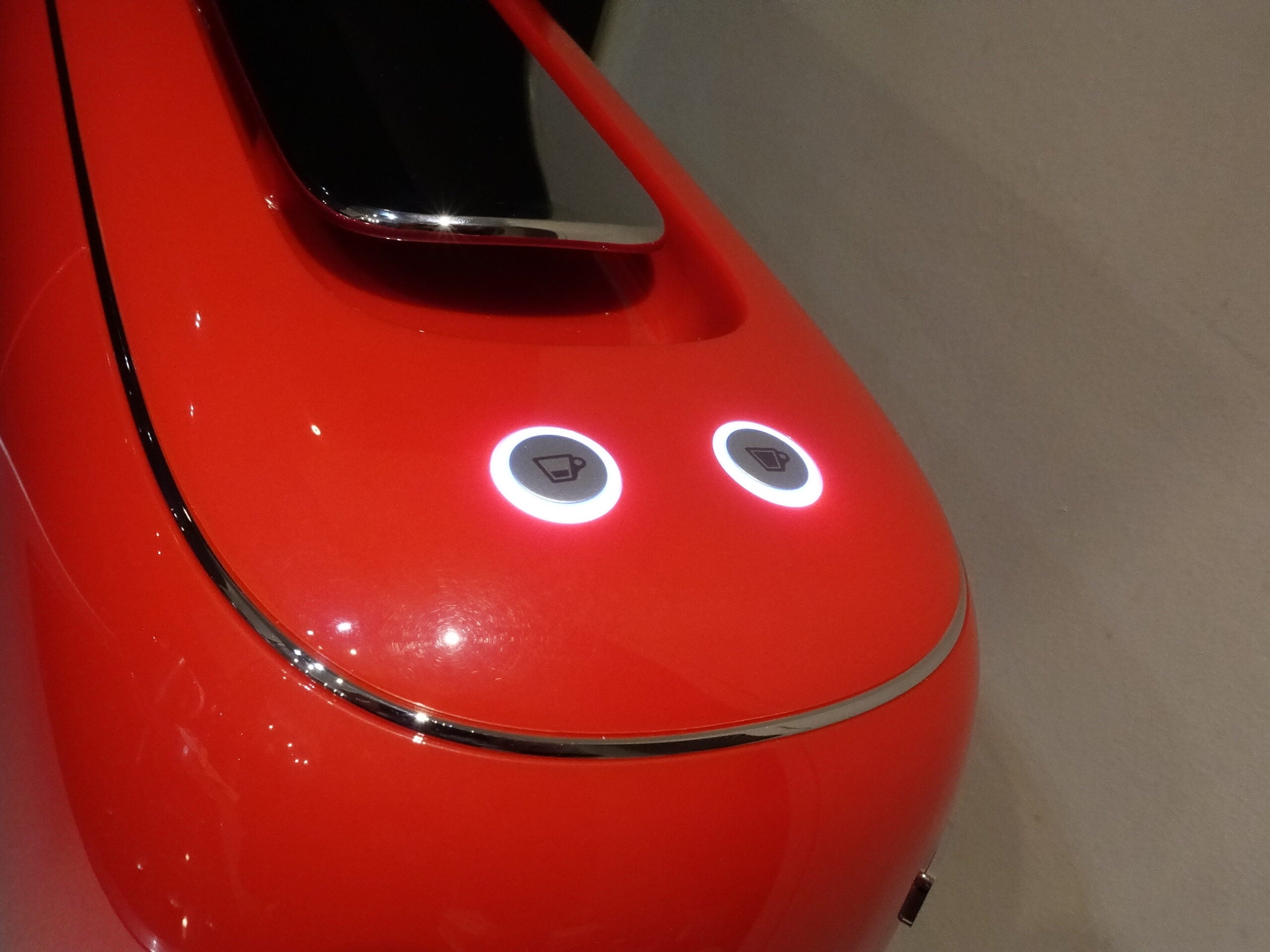 Brewing a regular 30ml espresso took just under 30 seconds. It had a nice layer of crema and tasted like the espressos I’ve come to associate with Lavazza: slightly acidic but balanced out in the sweet aftertaste, with not many bitter notes. I then made a lungo, which took about 40 seconds and also had a dense 5mm layer of crema. It was thick enough to allow me to draw a line in it without separating. 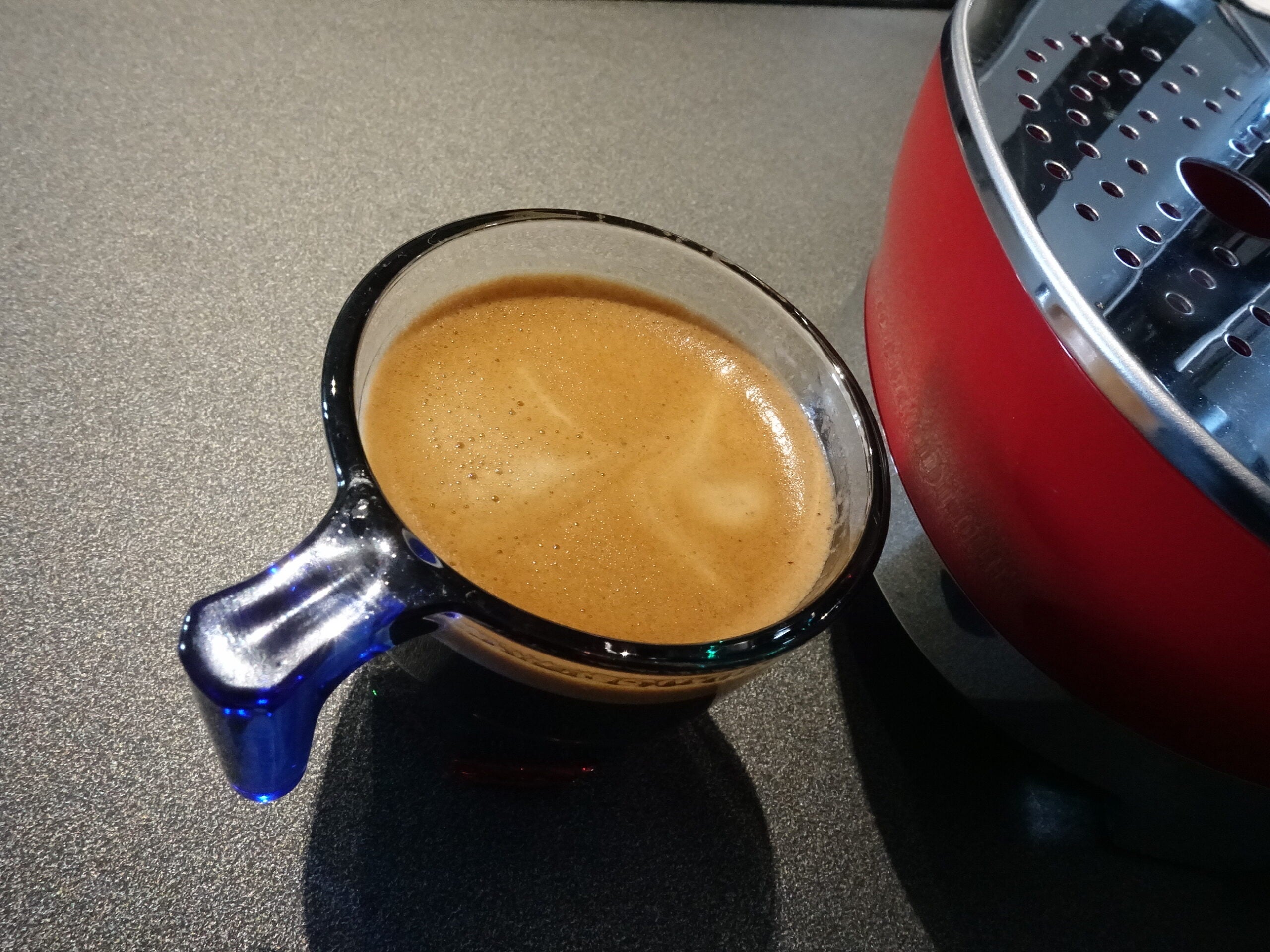 The crema also clung pleasantly to my thermometer, covering its tip uniformly. Starting from a cold machine, the espresso temperature was around the perfect 65°C mark, while the lungo was somewhat hotter at around 74ºC, measured right after extraction.

When descaling is required, the lungo button will light up white, while the espresso one flashes white and orange.

Both parts of the drip tray, the used capsule container and the water tank – but not its lid – are dishwasher-safe, making it an easy clean-up, should you need it. But this machine is unlikely to produce much mess.

The pods are industrially compostable, which means they can be put in a food waste bin (if your council provides one), but not composted at home. They’re also recycled by TerraCycle, which has limited collection points.

Should you buy the Lavazza A Modo Mio Smeg?

If you’re a fan of espresso, or looking for a machine to produce quality shots of coffee for milk-based drinks, the stylish Lavazza A Modo Mio Smeg ticks many boxes. While its range of espressos perhaps isn’t as wide as you get from a Nespresso machine, you should still be able to find an intensity level to suit your tastes.

For those keen on adding milk capabilities, Lavazza also has an A Modo Mio Jolie & Milk machine with a milk frother, while the pricier Nespresso Expert&Milk comes with a frother and additional app control. For those looking for a machine with a steam wand, the Sage Nespresso Creatista Uno might be more suitable, and if you’re not sure about a capsule machine then check out our list of the best coffee machines, which includes everything from manual espresso to bean-to-cup models.