I’ve got a confession to make. The review you’re casting your eyes across this very second has taken me far, far too long to write. Since opening up Word to tap out my thoughts a long time ago (for some context, I started writing the first draft of this review on a PC running Windows 98), I’ve undertaken every possible task I can think of to avoid actually sitting down and getting my work done.

I’ve done the washing up. I’ve dusted. I’ve cleaned the floors. I’ve painted the walls – not just in my apartment, but for some of my neighbours, too. I’ve built an extension, failed several Open University qualifications, won the right to stand for the Monster Raving Loony Party in the seat of Birmingham Ladywood, briefly joined (and then left) the Sugababes and walked from John o’ Groats to Land’s End. I just can’t focus on one thing today – my mind darts about from one thing to another. Much like, believe it or not, Last Voyage. 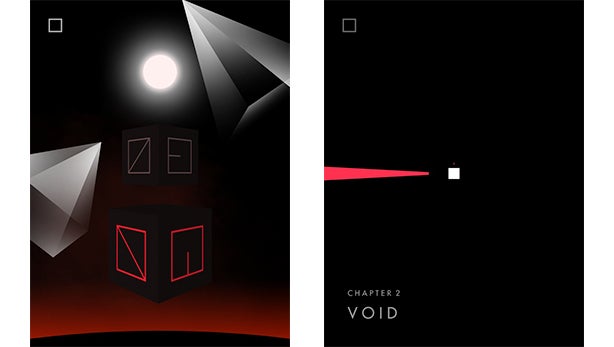 Semidome’s latest release isn’t easily defined. You could look to describe it as a collection of mini games, but it’s an odd fit, given Last Voyage is intended to be a linear experience in terms of its delivery. It’s part puzzler, part adventure, part complete nonsense, but there’s a strange allure to what’s on offer here, both because it refuses to give all too much context to the games included and because of all of them are quite different. To put in bluntly, Last Voyage is the gaming equivalent of someone with multiple personality disorder.

Five personalities to be exact. Progress is split into five fairly short chapters that, though all equally as minimalist as one another in terms of delivery, actually have very little in common with each other when it comes to gameplay. The initial chapter, Astral, is all about matching up shapes and lines, twisting or revolving objects to either mimic a given configuration or manipulating them to form a continuous stream. It’s an especially bold opening, given that the challenge isn’t really to do with solving the puzzle but, given there are no prompts or directions whatsoever, actually centres around working out what you’re meant to be doing in the first place. 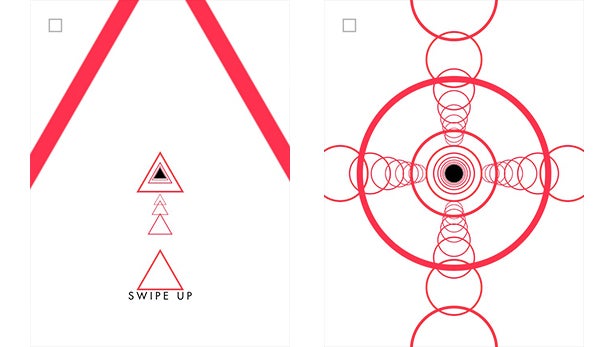 From there it’s straight onto zone two – dubbed Void – where darting left or right between different funnels in order to avoid red portals that stand in your way is the order of the day. Play has much in common here with The White Stripes’ famous video for Seven Nation Army, with said portals streaming towards the screen in mesmeric fashion. It’s a complete departure from Last Voyage’s opening opus, but the one thing Semidome isn’t looking to do is be consistent – play intentionally darts back and forth between different themes to keep you on your toes.

The third chapter, for instance, takes the form of another series of puzzles, this time focusing on rearranging colours or shapes to complete a prescribed picture, touching on similar notes offered in the game’s initial stages. It’s quickly followed by Path, where the idea is to swipe left or right to follow a bright turquoise corridor streaming through the depths of space. The longer you manage to stay on the right track, the louder the hypnotic soundtrack becomes and the more entranced you are with proceedings. It’s a mesmerising experience that’s hard to qualify in black and white and, indeed, ‘experience’ is probably the best word for all that’s on offer here. 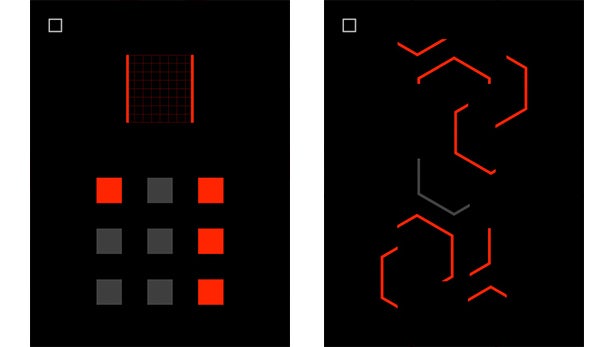 Last Voyage’s (dare we say it) last voyage is, perhaps, the most traditional of all the games on offer, having much in common with a typical shoot-em up. Using your finger to guide an intentionally sparse sprite left and right, your job is to dodge all oncoming red shapes, using power ups scattered through space to either slow down time or boost your shields, it’s a challenge that requires dexterity and, more than likely, a restart or twelve to see it through. Once you’re through, however, it’s game over, and even the most lackadaisical of players will likely make it to the end of Last Voyage in an hour or so.

Though brief, Last Voyage manages to make quite an impact, though perhaps not an entirely positive one. Some parts of play are truly engrossing but, from the off, Semidome has fallen into the old trap of being a jack of all trades but a master of none. Just taking one of these ideas and expanding on it fully could deliver the kind of game that could win plaudits left, right and centre, but as it is, Last Voyage plays like a series of encouraging demo levels, hinting at treasures to come but never quite unearthing them.

Verdict
Captivating for as long as it lasts, Last Voyage’s decision to split play into five especially short chapters means it never quite reaches its potential, instead giving hints at potentially potent games that sadly never become the main event.