Kyocera makes a lot of good laser printers, from SOHO single-function devices through to departmental multifunction machines with all the trimmings. The FS-1350DN sits nearer the bottom end, but is still quick and expandable, certainly in terms of paper handling.


It’s a neat, square-cut machine, coloured in Kyocera Mita’s usual cream and black and with a modest footprint for a machine in this class. The top surface is slightly sloped towards the front with an indent forming the paper output tray allowing for substantial print jobs to fall into its well. 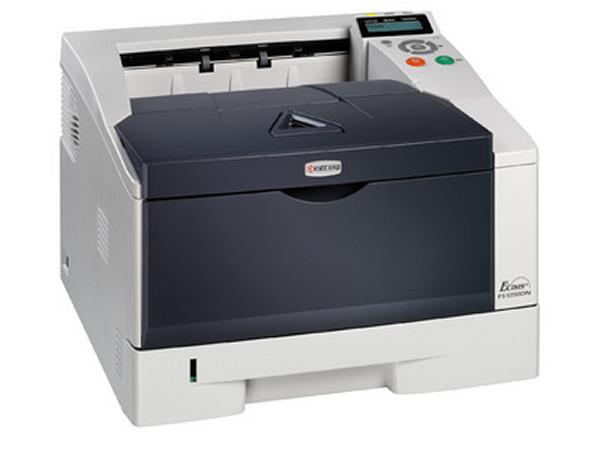 On the right is a well laid-out control panel, with a ring of menu controls around an ‘OK’ button and two, large coloured buttons for Stop and Go. A 2-line by 16-character LCD display sits behind the controls and three small indicators – for Ready, Data and Attention, are set above the surface of the printer, to be seen from across an office.


Just to the side of the control panel is a USB port, designed for walk up printing of documents from USB drives. The positioning of the socket is better than on previous models, where it was at the back, but to be picky, we’d still prefer to see it at the front.


There’s a 250-sheet main paper tray at the bottom of the machine and a fold down, 50-sheet multi-purpose tray above this. The spec sheet on the Kyocera Mita website claims this is single-sheet, but the downloadable datasheet has it correctly. You can add a further two, 250-sheet paper trays as options and a cabinet to set it all on.


The FS-1350DN comes as standard with USB and 10/100 Ethernet, with Gigabit and wireless networking available as options. 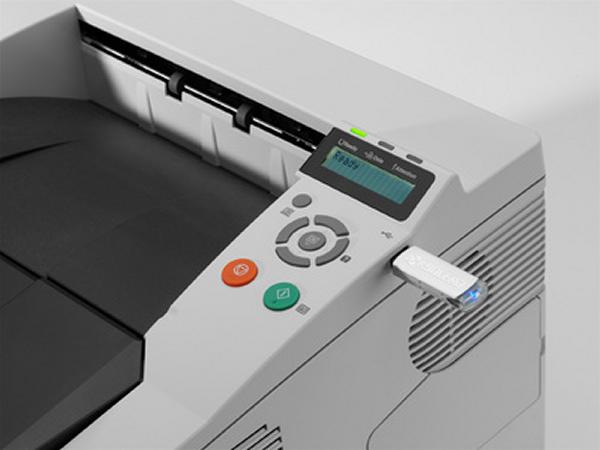 Kyocera Mita’s patented hard coating ensures the drum is likely to be a lifetime component, so the only thing you need fit is a toner cartridge. This clips in very easily under a flip-up flap at the front of the machine and then performs a one-off charge cycle, which takes around 20 minutes.


Software installation is just as easy though, unusually, the setup routine expects you to have connected your printer before starting. Windows’ Install New Hardware wizard has never really worked as intended, with printer makers usually wanting to handle the setup themselves and asking you to cancel the wizard when it detects a new printer. A shame Microsoft and the printer makers can’t work out an elegant hand over to make it easier for customers.


Kyocera Mita installs both PCL 6 and Postscript Level 3 drivers in emulation, which should cover most installation requirements. The company also provides support for Mac OSX and various flavours of UNIX and Linux, as well as all recent versions of Windows.

The printer is rated at 30ppm, which is quick for a machine at this size and class. We were fully expecting to get nowhere near these speeds, given the usual exaggeration built into printer spec sheets. In fact, though, the FS-1350DN did rather better than most. Our five-page text document took 25 seconds to complete, which is only 12ppm, but when we ran the 20-page document, this rose to nearly 23ppm.


OK, it’s not 30ppm, but it’s still a fair turn of speed from a laser printer in this market. The five-page text and graphics document took 19 seconds, just under 16ppm, and when we switched in the duplexer to reprint our 20-side document on 10 sheets, it gave 14.5spm. 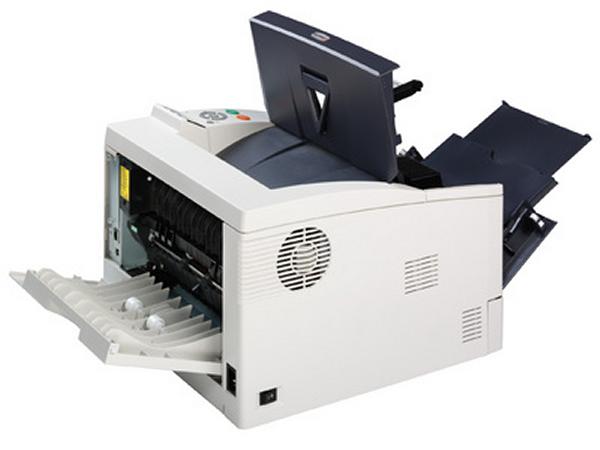 The design of the printer means each page is fed very close on to the one before and the positioning of the output rollers means each page comes out slightly curved and so falls onto previous pages, rather than sliding along them, increasing the chance of pushing them off the front. The FS-1350DN has a triangular paper stop to prevent this, but in most cases you won’t need to use it.


Text output quality is very good, with clean cut, sharp characters and no sign of jagged edges from the 1,200dpi print engine. Greyscales are a little blotchy, which is a shame, and there’s some slight micro-banding on photo images. A lot of the shadow detail is lost, and overall the machine is better suited to text-based correspondence.


As you only need to buy toner, it’s the cost of this consumable that governs the running costs of the entire machine. A healthy 7,200-page cartridge should set you back around £70, giving a cost per page of 1.76p, including 0.7p for paper. This is one of the lowest print costs we’ve seen, certainly for a laser printer costing under £250.


This is a solid, workmanlike business laser printer offering a low purchase price for its speed and low print cost. Maintenance costs will be low, too, because of the high-capacity of the toner cartridge. Text print is excellent, graphics print is fair and photo printer is a little blotchy but for its intended market, most customers will be more than happy.