Kyocera Mita is a stalwart among business laser printer manufacturers and its new FS-1100 personal mono laser continues in a tradition of solidly built, long-lasting printers. The company says it’s quick, robust and reliable and it looks as though it should be well suited to the SOHO market. 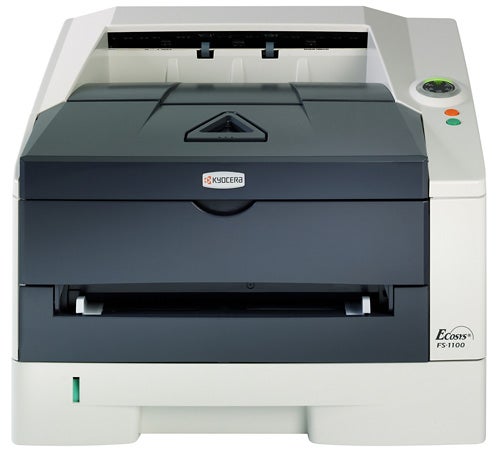 The printer’s case has been revamped and styled in black and cream, with a couple of highlights to show its individuality. The first of these is a circular ring of LEDs, four green and two orange, providing status indications for low paper, low toner, paper jams and other calls for attention.


The second is a triangular, fold-out paper stop with a clear window through to the top of the toner cartridge inside the machine. While this is a good reminder of the part number of the toner cartridge, it would be more useful if it could show the current toner level. As it is, a sticky label would do just as well. 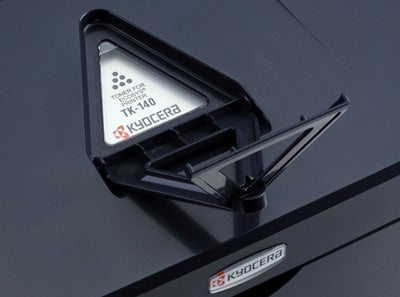 At the front there’s a 250-sheet paper tray at the bottom, with a single-sheet slot above this for special media, such as envelopes. Flip open the top cover and you get easy access to the 4,000-page toner cartridge, the only consumable in the machine. At the back is a single USB 2.0 socket, as network connection is only an option for the FS-1100. Other options include a second 250-sheet paper tray and memory upgrades from the 32MB supplied as standard. 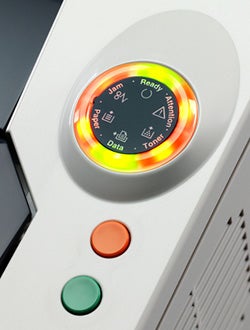 Setup is very straightforward; unseal the toner cartridge, clip it into position and wait for a one-time, five-minute charging cycle. Software installation is little more than a driver, though this is both well-designed and well-featured. It includes support for multiple pages per sheet, poster prints, scaling and the inclusion of separate covers, page insertions and watermarks.


Kyocera Mita claims a top speed for the FS-1100 of 28ppm, which is presumably meant to be a draft print speed. Our five page text print completed in 19 seconds, with the five page text and graphics print taking a second longer. These times equate to speeds of 15.8ppm and 15ppm, respectively, only just over half the top speed. We tried printing our five-page text and graphics test in draft mode and timed only from the start to the end of paper movement in the printer, removing all rasterising time. It still took 13 seconds for the job to complete, giving a maximum print speed of 23ppm.

We should stress that we test all printers in normal print mode, as we continue to believe most owners use their printers primarily for normal print and only occasionally switch to draft mode, if and when they remember. It’s therefore misleading for manufacturers to keep quoting print speeds for draft print, even if prefaced with the words ‘up to’ in the publicity.


Some companies, noticeably Canon, have done the decent thing and started quoting both draft and normal print speeds. We wish all printer makers would follow suit. We might then get out of this spiralling print-speed war, which is providing increasingly meaningless numbers. 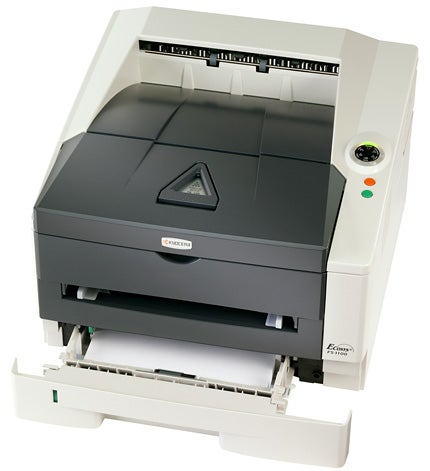 The quality of the printed output is crisp and clean, as the FS-1100 has a default print resolution of 1200dpi. It’s easily good enough for correspondence and for report text in customer documents. Business graphics are generally well reproduced, too, though if anything greyscale tones are a little light, in comparison with other mono lasers we’ve looked at recently.


Tinted fills are reasonably smooth and this shows well in photo prints, too. We saw more shadow detail here than from many mono lasers and the graduated fill of the sky in our test shots changed smoothly, though there was some evidence of slight striping. 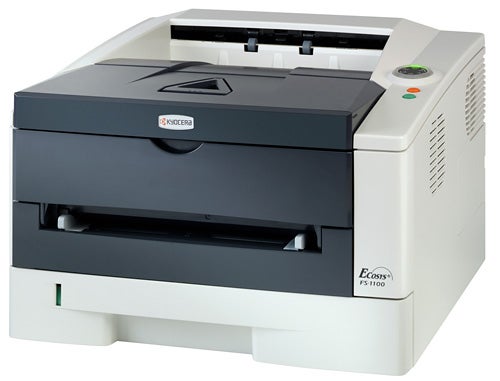 Kyocera Mita’s patented long-lasting photoconductor drum should last the full life of the printer, so the only consumable is the toner cartridge. You might think this would keep the running cost very low, but it depends on the prevailing price of the consumable. We couldn’t find it for less than £46.86 which, with a 0.7p cost of paper, gives a page cost of exactly 2p.


While this is low, it’s not the lowest we’ve seen and even last week’s Canon inkjet all-in-one ( PIXMA MP970) gave a lower running cost for black print. If you look at overall cost of ownership and the maintenance involved in keeping this printer running, though, the cartridge’s 4,000-page capacity should keep it low.


The FS-1100 is another well-designed, very serviceable personal laser printer from Kyocera Mita. It’s not that easy to see any great improvements over previous models, though. A little bit faster and a little bit better looking, but this is one of those machines you buy and use week-in, week-out, without getting excited about new technology…and those print speeds need to be taken with a very healthy dose of scepticism; think half the speed and you won’t be far out.