The A4 mono laser printer is still a key workhorse in most offices and Kyocera is a major player in this market. The FS-2100ND is designed for use in workgroups as a network printer and offers duplex printing as standard. However it would be just as much at home in a small office with a consistent need for printed copy and can be easily upgraded to meet growing needs.

The angular looks of its dark slate and white case are relieved by a column built into its front-right edge. On top of this column is a control panel, which works along with a three-line, backlit, mono LCD to provide good control of the printer. It includes a number pad, to offer facilities for PIN- secured printing. 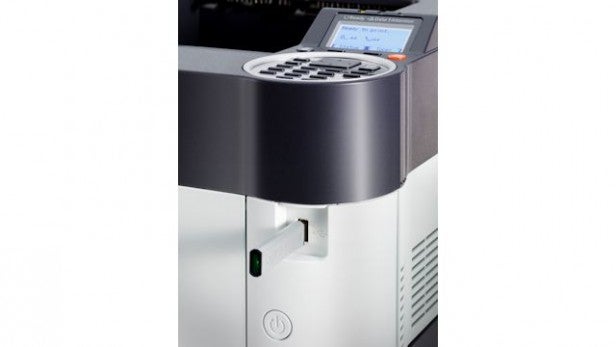 Set into the front of the column is a USB socket so you can print directly from USB drives, and at the bottom of the front panel is a deep, 500-sheet main paper tray, so you can load a whole ream of paper at a time. There’s a 100-sheet multi-purpose tray which pulls down from the front panel above this and up to four, 500-sheet trays can be fitted as options, fitting underneath the printer.

You can take it further than this with a 2000-sheet bulk paper feeder, if you have heavy printing needs. This gives a maximum paper capacity of a very healthy 2600 sheets.

As with all Kyocera printers, the photoconductor drum is a lifetime component, meaning the only consumable you have to consider is toner. This comes in 12,500-page cartridges, which should keep the printer running for several months between changes. Even the starter cartridge has a capacity of 6000 pages.

The toner cartridge fits beneath the top cover, which flips up from the front. We’ve never found the location and latching mechanism of Kyocera’s cartridges particularly easy to work, but you shouldn’t have to use it very often. 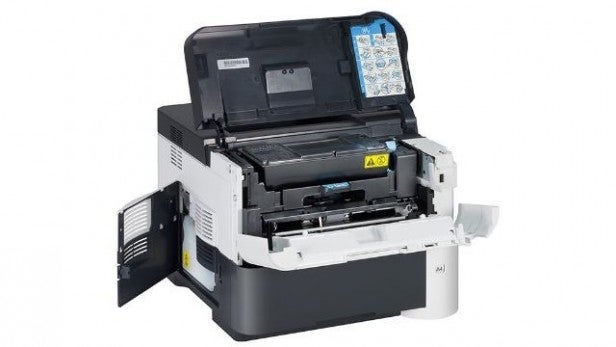 The Kyocera FS-2100DN is fitted as standard with USB and Gigabit Ethernet connections, so when linking the printer to a network, you should never be held up by communication speed. The printer’s browser-based control software, Command Center RX, only works through a network and controls are more basic through USB. A wireless adapter is available as an option, but at £300 it’s more than the cost of the printer.

European energy compliance
standards, such as Blue Angel, are getting stricter and stricter, so
that it’s now impossible to stop this machine switching off
automatically, though you can set the timer to weeks between prints
before it drops out.

Kyocera claims a top speed of 40ppm for the
FS-2100DN and in our 20-page test we saw 32.4ppm, including
rasterisation, which is a very good turn of speed. It managed 18.5 sides
per minute printing duplex.

In the shorter, 5-page tests, the
printer produced 15ppm in normal print mode and 18.8ppm in draft mode.
The machine’s draft print was very faint and only just usable,. This is
surprising, since draft print from other Kyocera printers has always
been acceptable. 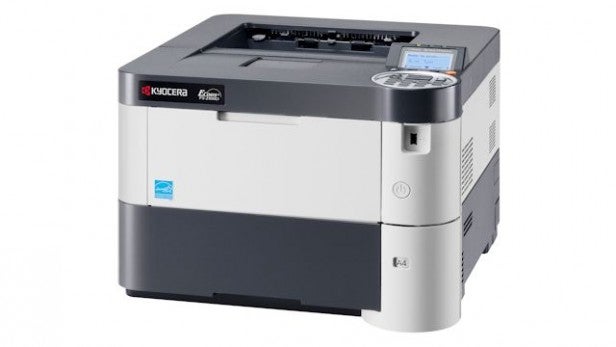 Print
quality is generally very good, with sharp, dense text and well-formed
graphics. Greyscale fills can be a little banded, though, and we’ve
already noted the poor draft mode text.

Since the only thing you
have to buy for this printer is toner, running costs depend on how
Kyocera pitches this. Fortunately, the 12,000 pages toner cartridge is
priced at under £70, giving a cost per page, including 0.7p for paper,
of just 1.37p. This is a very good figure and will keep overall cost of
ownership low. 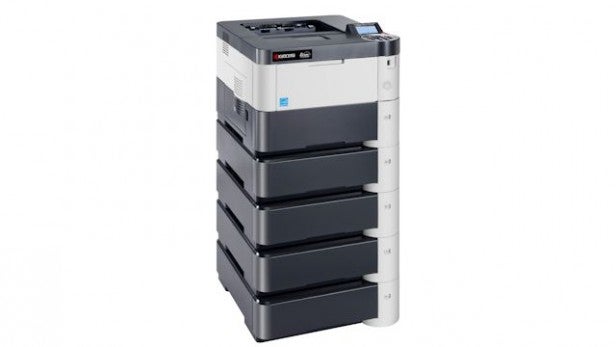 Comparing
this machine with the Xerox Phaser
3320 (£210), the Xerox includes wireless connection, but has only a base level
600dpi resolution, compared to the 1200dpi of the Kyocera. Both cost
around the same to run and both include PCL and PostScript L3 drivers,
so can be used with PCs and Macs. The Kyocera is more expandable,
though, and is over 20 percent faster.

The
Kyocera FS-2100DN offers high speed, good quality normal print and very
low running costs. It’s well up to work in most busy office environments
and is highly expandable, so it can grow with your business. It’s most
flexible and controllable when connected to a network.