Kogan is a brand that’s big down under, but has a similar profile in the UK to that of a minor member of the TOWIE cast. The company flogs low-cost electronics kit direct to consumers via its website to keep its costs low, and while it mostly concentrates on selling budget TVs, it has recently turned its attention to smartphones and tablets too. Here in the UK, Kogan hopes to make a splash with its Agora Android phone, with the main selling points being its massive 5-inch screen, support for dual SIMs and knockdown price of just £120. Does this make it a genuine under-the-radar bargain – or just another cheap filler product for a low-rent TV shopping channel? Let’s take a closer look and find out. 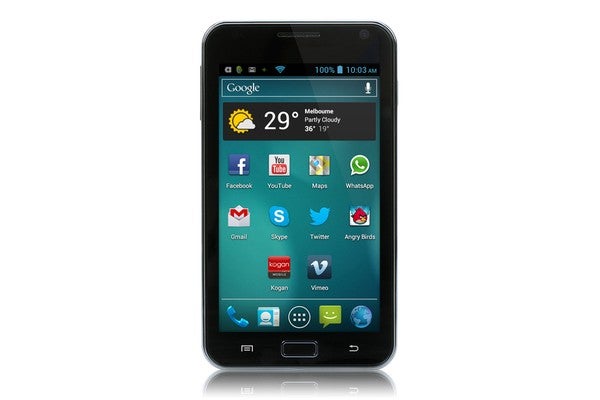 The Agora’s 5-inch screen makes it a bit of a jumbo handset and no mistake. It’s wide at 8cm, although to be fair that’s pretty much par for the course with the latest generation of big-screened mobiles. The Agora’s bezel isn’t really any wider than that of the competition. At 10mm deep it’s impressively slim for a 5-inch handset. 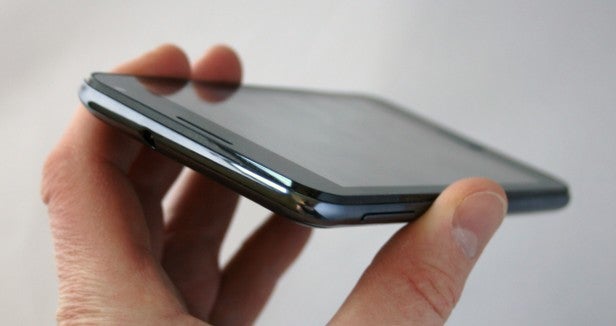 Overall it’s not a bad looking mobile, with the dark blue chrome trim that circles the edges of the phone neatly complementing the traditional glossy black coating used on the screen bezel.

The ports are sensibly placed too, with the headphone jack at the top and microUSB port at the bottom. Kogan has moved the power/lock button to the right-hand side, which is a good location for it given the sheer height of the handset. If it was on the top of the phone it’d just be too much of a stretch to get at when you’re using it singled handed. 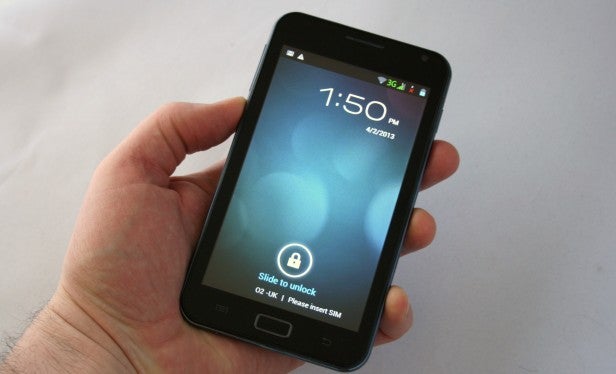 Similar to Samsung’s Android phones, the Agora has a physical home button beneath the screen that is flanked by the Back and Option touch buttons. It lacks a dedicated search button, but then so do most of the Android handsets on the market today.

Snap off the battery cover on the rear and you get access to the handset’s dual SIM card sots as well as the microSD card. You can just about get cards into these slots without removing the battery, but if you want to take them out again you will have to take the battery out as well. 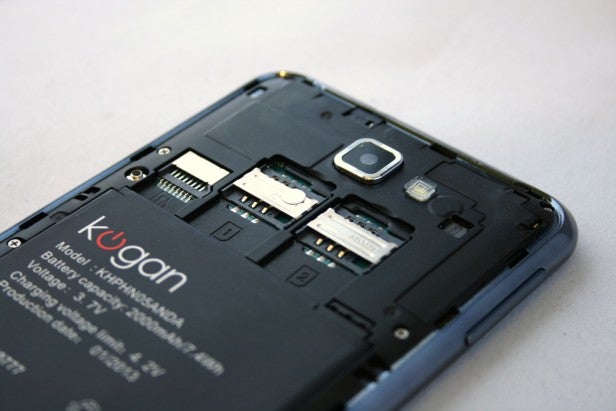 The main talking point around the Agora is obviously its massive screen. You usually only see 5-inch displays on flagship phones such as the Sony Xperia Z and Samsung Galaxy S4. The big difference here, of course, is that the Agora only costs a fraction of what those handsets cost, so surely there has to be a catch? Sadly there is, and while the Agora’s screen is undoubtedly massive its resolution is also decidedly pedestrian.

Forget about the 1920x1080p resolution you get on the Xperia Z – the Agora’s display is limited to just 800×480 pixels. It’s not terrible, but it’s no different to what you now see on smaller screened handsets such as the 3.5-inch ZTE Blade III, so by going for the larger display you’re not actually increasing the amount of text or number of icons that you can fit on the screen in one go, instead you’re really just magnifying what you see on smaller Android displays. 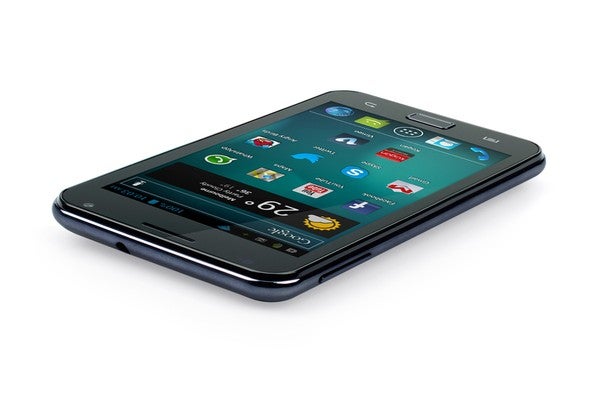 The quality of the display isn’t amazing either. It has a slight dirty screen effect that you often see on cheaper mobiles where you can sort of see a crystallised pattern floating over the surface of the display that sparkles a bit as you move the phone around in your hand. It’s a tad distracting and something you just don’t have to deal with on high-quality screens. It looks fairly bright when used indoors and colours are reasonably strong too.  However it washes out quite a lot outdoors under sunlight and it’s also pretty reflective too, so can be a little bit difficult to read as you’re wandering around outside.

Used as our main phone for the review period
Reviewed using respected industry benchmarks and real world testing
Always has a SIM card installed
Tested with phone calls, games and popular apps
Next
Interface and Usability, Calling and Browser Review