The biggest problem, though, is the extent to which you can see areas of the picture during dark scenes that look unnaturally brighter than others, as the TV fails to distribute its edge LED light source evenly. This is a common problem with edge LEDs, but seldom have we seen it looking as aggressive as it does on this Kogan.

The clouding is so obvious over numerous parts of the picture that you feel like you’re watching dark scenes through some kind of highly distracting cloudy filter. To make matters worse, the various clouds of unwanted extra brightness even vary in colour in different parts of the picture, looking grey in one corner but a greeny yellow in another. 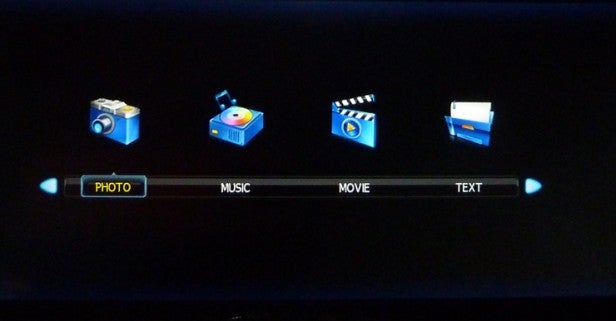 Reducing the brightness – a lot – reduces the impact of the clouding issue. But predictably this also takes far too much brightness out of the picture, leaving it looking like it’s showing an almost perpetual night by the time you’ve ramped the brightness down to the point where the clouding problem becomes easy to ignore.

As predicted, a backlight adjustment could have been very helpful here, as it would have allowed us to adjust the backlight levels without demolishing the image’s core brightness balance.

The significant backlight problems just described will probably already have put serious gamers off the 32XXXYA. If they haven’t, though, then we’ve got some good news: remarkably this ultra-cheap Kogan TV delivers the lowest input lag figure we’ve tested on a TV in recent times: just 6ms. Brilliant. In fact, it’s so good it makes us wonder if the 32XXXYA is more a repurposed computer monitor than a screen developed from scratch for TV use…

Wrapping up the 32XXXYA’s mixed performance bag is a pretty painful audio performance. To say it sounds thin and harsh would be an understatement. In fact, its speakers are so underpowered and cramped that even relatively straightforward dialogue sequences sound totally unconvincing.

Verdict
If you’re definitely only looking for a 32in TV for very casual use – basically just for watching daytime TV in a kitchen or conservatory – then the 32XXXYA is an astonishingly affordable option.

If you imagine yourself ever using your new 32in TV in ‘anger’, though, say for watching movies or playing games with dark scenes in them, then this Kogan’s backlight flaws will likely prove a distraction too far.