Hands on with the KODAK IM5 Smartphone

No, you haven’t read that wrong. Kodak has released its own smartphone, the Kodak IM5, announced at CES 2015. We got our hands on it at this year’s Mobile World Congress in Barcelona.

Kodak doesn’t have any phone manufacturing experience, which is why it turned to UK-based smartphone maker Bullitt. If you’ve not heard of Bullitt it’s because it makes phones for other brands, like Caterpillar and JCB. 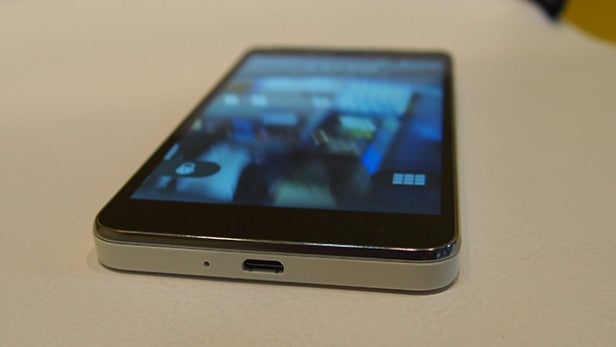 The Kodak IM5 surprised us. We expected a phone with an emphasis on the camera, but that’s not the angle that Kodak has taken. Instead it’s created a phone aimed at smartphone neophytes, a little like the Doro Liberto 820. It’s not gone anywhere near as far as the Doro, though.

It runs Android 4.4, but with a custom interface that gives it oversized icons and simplified menus. The home screen is static and offers the most used apps, while all others are hidden away to avoid confusing users. There are no chunky buttons like on Doro phones. 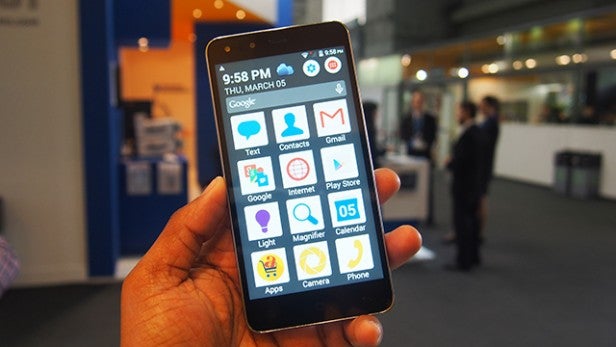 There is an app for remote support, which allows trusted users to assist with setup or troubleshooting, however this wasn’t available to see. We’d be surprised if it’s as comprehensive as Doro’s My Doro Manager. Doro has been making handsets and software that’s easy to use for tech beginners for years, while Kodak is just starting.

In all other respects the Kodak IM5 mirrors the design of many mid-range phones. The power button is on the top edge, slightly awkwardly located on the 5-inch handset, while the volume rocker rests on the right-hand side. 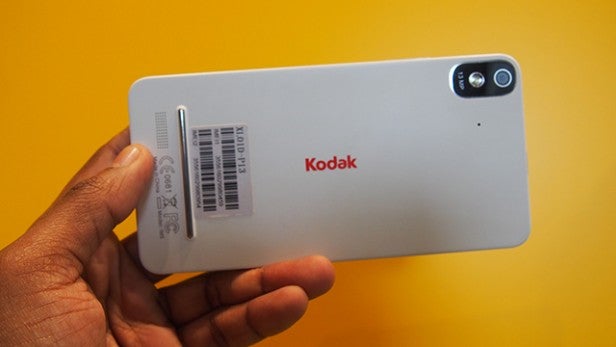 The Kodak IM5 uses a somewhat cheap plastic unibody design with rounded edges that sits comfortably in hand. We’re not big fans of a Samsung Galaxy S5-like fake metal trim surrounding the screen. The IM5 won’t win design awards, but neither will it look too out of place on a table at Starbucks.

An octa-core 1.7GHz processor powers the IM5, but it’s only supported by 1GB of RAM. Still, in our hands-on time with it apps and menus opened quickly. The 5-inch IPS screen looks vibrant enough, and the resolution is an acceptable, Moto G 2-matching 1280 x 720.

With a 13-megapixel rear camera and 5-megapixel front camera the Kodak IM5 smartphone will blow any Doro out of the water in terms of image quality. A few test shots showed that it performs reasonably well for a mid-range handset. 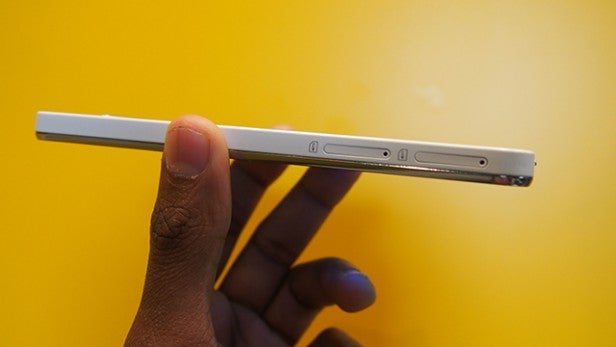 A 2150mAh battery provides the juice, while there’s a miserly 8GB of internal storage. A microSD card slot allows you to extend that by a further 32GB. There’s also the odd inclusion of dual SIM slots, which isn’t a feature we expect many smartphone newbies really need.

There are already a number of Android launchers that make Android a simpler system to use. Couple one to a budget phone and you’re pretty much sorted. If it’s still too complicated then there’s the option of buying a Doro.

The Kodak IM5 sits awkwardly in between the two – neither dead simple to use nor cheap enough to warrant buying it over the better-made Moto G or similar.

The Kodak IM5 will be available to buy from March 2015 and will cost €250. Exact UK pricing isn’t yet confirmed.