Kodak has a new, simpler print engine, which we first saw in the https://www.trustedreviews.com/kodak-esp-c110_Printer_review ESP C110 and which the company is beginning to build into equivalents for most of its range of all-in-ones. The ESP Office 2170 is designed as a SOHO device, for those who are as interested in printing pages as they are printing photos.

The case is largely made from coarsely textured black plastic, with chamfered ends and a single Kodak-yellow flash set into the front lip of the scanner lid. It all looks a bit cheap and cheerful, but is likely to be hard wearing. 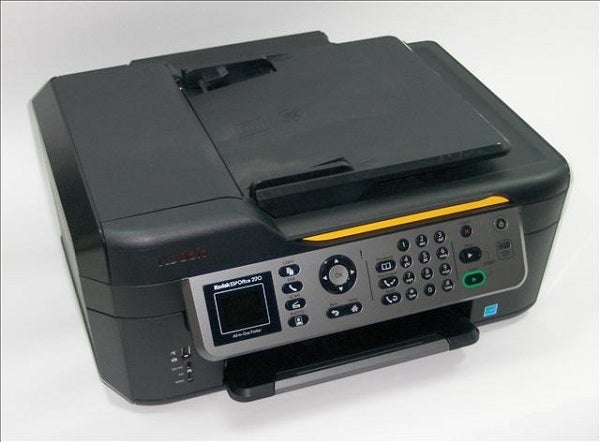 The scanner has a 25-sheet Automatic Document Feeder (ADF) with a horizontal feed tray, so it doesn’t add a lot to the printer’s height. The paper support slides up from the back of the device to support up to 150 sheets of plain paper or 40 photo blanks. The output tray pulls out from the front of the machine, giving a much straighter paper path than the front-feeding designs of earlier ESPs.

The control panel has a metallic sheen and is set at a fixed angle to the front. The layout of controls is logical enough, with a column of four mode buttons on the left. To the right of these is a four-way ring of navigation controls and then a numeric pad for the built-in fax facilities. To the right are start and stop buttons for scanning and copying and finally a power button and illuminated Wi-Fi indicator.

The printer’s LCD display is disappointingly small at just 38mm, but is just about big enough to show worthwhile thumbnails, as well as menu choices. We would expect something a bit more lavish on a machine at this price. 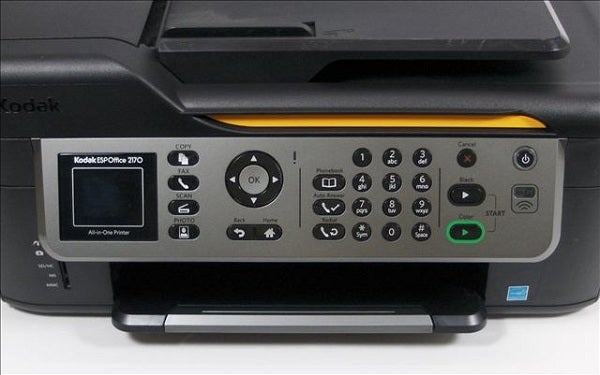 The only two PC data connections are a USB socket at the back and a wireless link, which can be set up by entering a passcode or via WPS setup. There’s a socket at the front for SD and MemoryStick cards and another for PictBridge and USB drive connection.

Kodak provides its AiO Home Centre software, which covers all the basics, as well as drivers for PC and Mac. The two ink cartridges, one black and the other tri-colour, clip into the semi-permanent print head, which itself clips into the head carrier under the scanner section of the machine.

Kodak rates the ESP Office 2170 at 6ppm for black print and 4ppm for colour, the same as the C110, which is hardly surprising, given that both printers use the same print engine. It’s also hardly surprising that our tests revealed the same real-world print speeds as for the cheaper machine.

Our five-page black text test returned a speed of 3.4ppm and this only rose slightly, to 3.7ppm, on the 20-page test. In draft mode, the printer managed 8.3ppm. These speeds are pretty unspectacular and don’t compare well with all-in-ones from Kodak’s main rivals in this price bracket.

The printer completed our five-page black text and colour graphics document at 3.0ppm, so it doesn’t take much of a hit when printing colour and a single-page colour copy finished in a reasonable 26s. A 15 x 10 cm photo print at best quality took 1:14, with 39s of that devoted to pre-processing. 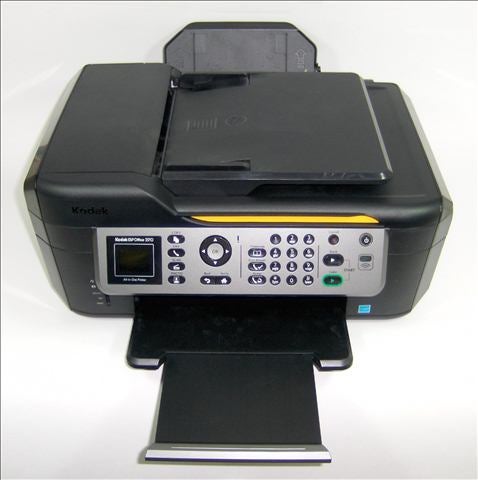 The print quality is pretty good, with only a little fuzziness detracting from a generally clean print. Draft print is also usable, though it’s less consistently smooth and is most suitable for internal documents.

Colour graphics are bright and solid, though text registration over colour isn’t wonderful, with some haloing. A colour copy was particularly accurate to the original from which it was made. Photo prints don’t suffer much from the lack of a photo black ink or a cover coat and give realistic colours and plenty of detail.

We weren’t able to find the print cartridges as cheaply as when we tested the ESP C110, but we still calculate a black page at 2.3p and a colour one at 5.1p, both including 0.7p for paper. While these are higher costs than from Kodak machines using the 10 and 10XL cartridges, they’re still lower than from most of their rivals, by over 1p per page. 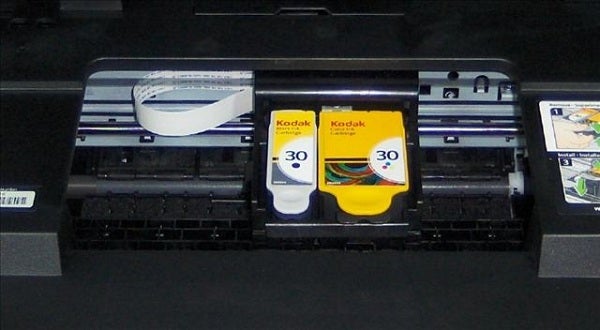 Verdict
Most of the key selling points for Kodak all-in-ones over the competition are still present in the ESP Office 2170. Print quality is good, though not the best, and running costs are low. While print speeds are not as good as from the previous range, the feature set is strong, with support for both business and photo functions. Certainly one to consider.