You’d be forgiven for confusing the Kodak ESP 3.2 with its cheaper sibling, the https://www.trustedreviews.com/kodak-esp-1-2_Printer_review Kodak ESP 1.2. It has the same case, the same colour scheme and uses the same print engine. The main difference is the 61mm touchscreen in this machine, where the ESP 1.2 has a small 38mm LCD and a simple touch frame, rather than a full touchscreen. The ESP3.2 also has a higher colour print speed, according to the spec sheet, but we shall see…

A textured black case with a Kodak yellow highlight strip round the front of the scanner lid makes this machine look functional, rather than flash. The tall rear paper tray folds down flat on the printer’s top when not in use and the output tray, which is a large, triple-telescoped extending arrangement, folds up as the front cover. Closed, the printer is small and neat; open, it’s considerably bigger and a bit gangly. 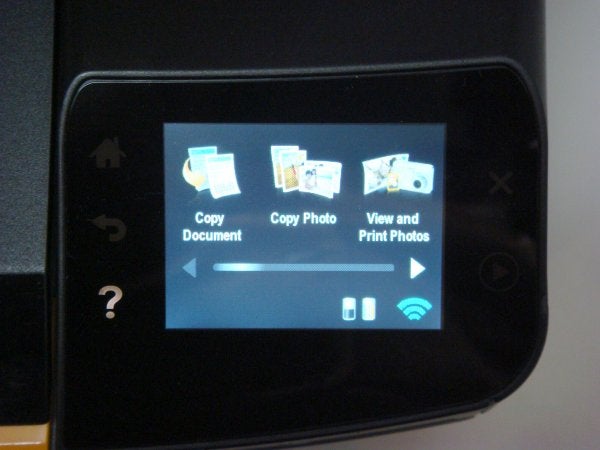 In the right-front hand corner, set into a slightly raised cowl, is the 61mm touchscreen, which has a light, positive touch and a sharp, bright display. It’s more than adequate for operating the printer, even though it’s still a good bit smaller than the touchscreens in the Hero range.

The Kodak ESP 3.2 is fully wireless compatible, with WPS setup and a USB socket, too, if you need it. At the front is a single slot for SD and Memory Stick cards. Kodak provides good support software for the printer, including applications to print photos and documents directly from smartphones. It has engineered them to work with earlier Kodak printers, too. 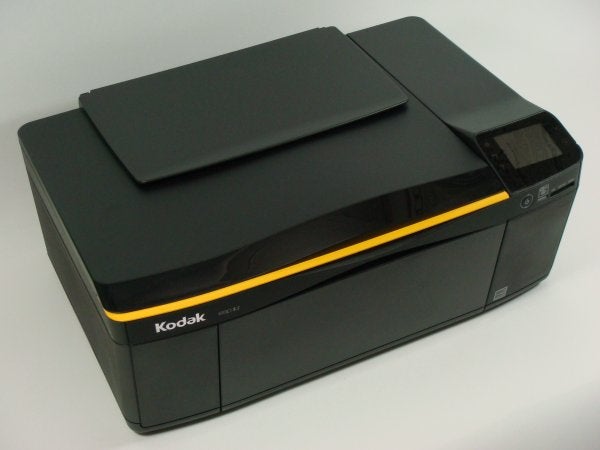 On the one hand, these retrospective upgrades to AiO Home Center and new apps such as Pic Flick HD and Document Print which also work with older machines put Kodak in a generous light. On the other hand, it could work against the company, as it’s possible to upgrade, say, the ESP C310, for free and get quite close to this machine’s spec (though with a smaller LCD).

This printer uses the 30 series cartridges, one black and the other tri-colour, so enjoys the same low page costs as previous generations. We’d like to see separate colour tanks, though, to increase economy further.

The black print times, as you would expect from the spec sheet, were very similar on both printers, though the ESP 1.2 was marginally faster on shorter documents. This printer managed 5.9ppm on the 5-page, black text document and 6.9ppm on the 20-page, long document. These speeds are respectable for a machine in this price bracket, but not that close to the claims.

A single page colour copy took 36s, also slightly longer than on the cheaper machine, but 15 x 10cm photos  took around 50s, including one from Kodak’s Android Document Print app, which was considerably quicker than from the ESP 1.2. 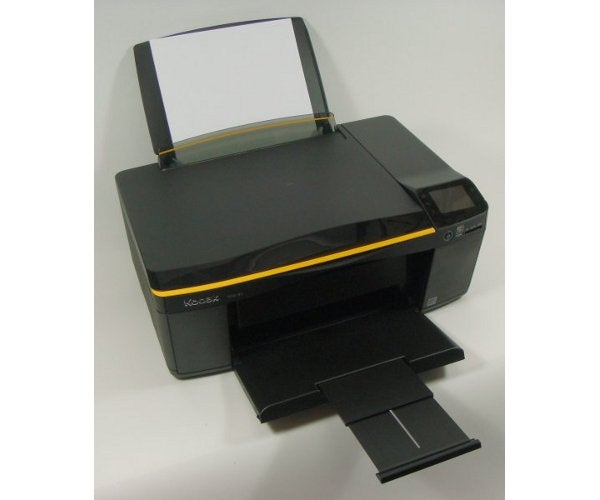 Prints from the machine are reasonable, though with occasional misalignment of one head pass with the next, giving a slightly drunken appearance to text in places. Draft mode print, though paler than normal mode, is fine for internal documents.

Colour graphics are bright and generally smooth and a colour copy gave good results, though with some darkening of blues. Photographs were also good, with smooth colour transitions, good shadow detail and natural colours. 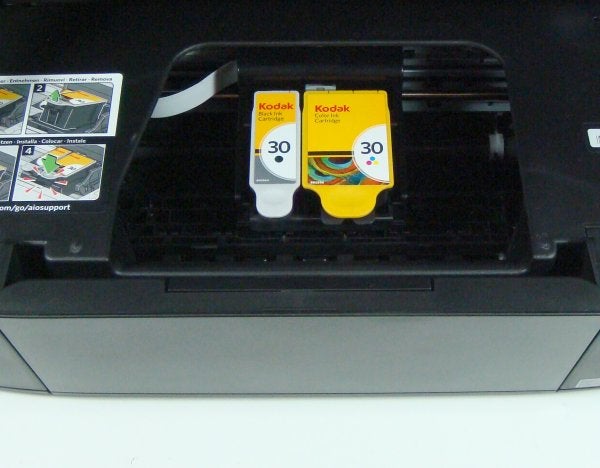 Working out running costs for printers can be a bit like dealing in the spot markets; cartridge prices seem to change daily. The black cartridge is available in standard and high yield, XL, versions and using the best prices we could find gives costs per page of 2.0p for black and 5.3p for colour. These are still very low for this class of printer, though if you print a lot in one colour, the multi-colour cartridge could prove less economic than a printer with separate colour tanks.

Verdict
We couldn’t see much difference between the speeds of this Kodak ESP 3.2 and the cheaper ESP 1.2, so really you’re paying the £20 or so difference for a 61mm touchscreen, rather than a 38mm LCD with a touch frame. You’ll have to decide how important touch controls are to you. The rest of the machine is a perfectly serviceable, low-end all-in-one at a fair price, though not a bargain one.