If ever a camera company had a corporate philosophy, it is Kodak. More than anyone else, Kodak is responsible for bringing photography to the masses. Back in 1888 George Eastman, the founder of Kodak, launched the original Box Brownie – the world’s first consumer camera – with the slogan “You press the button, we do the rest”. And it’s that commitment to simplicity which carries on today with the company’s EasyShare range of consumer digital cameras. If you’re in the UK, you’ve probably seen the recent television adverts about the EasyShare printer dock. The idea is that you simply plug your camera into the base station, press a button and your photos are printed out in a 6 x 4in format. All Kodak EasyShare cameras come with an adapter plate to allow them to plug into the printer dock, including this, the new EasyShare Z700.


This is a mid-range camera offering a 5x optical zoom lens, four megapixel resolution and a manual exposure mode. It is aimed one level up from the beginner, at the aspiring photographer who wants a little more than just point-and-click. Nonetheless, it lives up to Kodak’s design ethos by being very easy to use.


It is, to be honest, not the prettiest camera in the world. It has a blocky, no-nonsense shape with a minimum of moving parts. However, it’s well built, with a tough aluminium case and an automatic sliding cover over the lens, which in turn is deeply recessed into the body when not in use. Rather than the pop-up flash commonly found on cameras of this type, the Z700 has a fixed unit mounted in a moulded housing over the lens, next to the viewfinder window. The design is what has come to be known as ‘SLR–style’, which also means it has a large handgrip with a comfortable sculpted rubberized grip pad. Despite its chunky appearance the camera does feel comfortable to hold, and is well balanced and not too heavy.


In keeping with the overall build, the controls are also very solid, almost to the point of being uncomfortably stiff. They all operate with a distinct ‘click’, even the zoom control. The buttons are very small and closer together than they really need to be considering the size of the camera, and some of them are quite difficult to operate particularly if you have large fingers. Also on the small side is the LCD monitor, which measures in at only 1.6in with 74,000 pixels. The screen has a very wide border around it, giving the impression that a larger monitor was perhaps originally intended.


In terms of performance, the Z700 is average. It starts up in just over 3.5 seconds, mainly due to the slow roll-out of the zoom lens. However, once it’s up and running things do get better. For instance, the multi-zone AF system is nice and quick, and shutter lag is less than half a second. It does seem to have problems focusing in dim light, and since the Z700 has no AF illuminator (despite what it says on Kodak’s website), this is a bit of a drawback.


A 5x optical zoom lens is unusual, but not unique. It offers a little more versatility than the usual 3x zoom compacts, and with a focal length range equivalent to 35-175mm it is a useful combination of wide angle and short telephoto. Somewhat disconcertingly Kodak advertises the lens as being ‘all glass’. As opposed to what? Partially wood? The zoom action is slow, but also has a slight delay on it, making accurate framing tricky. It is also extremely noisy, cranking in and out with a loud whir.

In single shooting mode and the highest resolution setting the camera can manage a frame every two seconds, but has to stop after six frames to write to the memory card. For high-speed shooting there are two different burst modes. In the ‘First Burst’ mode, the camera shoots six frames at three frames per second (fps), and then pauses to save them to the memory. In the ‘Last Burst’ mode, the camera shoots 30 frames at 3fps, but only saves the last six. Other cameras have modes similar to this and many do it better, for example Fujifilm’s S5500.


The Z700 has a rather unusual set of features. It has an Auto mode which offers only the most basic options, with white balance, metering, AF mode and ISO all set automatically. In the more advanced PAS (Program, Aperture, Shutter) mode these functions can be controlled manually. As noted earlier, the camera does have a full manual exposure option, but no discrete aperture priority or shutter priority, which are usually standard features on cameras in this class. Nonetheless, with a range of apertures from f2.8 to f8.0 in 1/2-stop increments, and shutter speeds from eight seconds to 1/1000 of a second, creative control is possible. In both Auto and Program modes exposure compensation is also available, adjustable over a plus/minus two stop range, in half-stop increments.


The Z700’s movie mode is, sadly, nothing special. It offers only 13fps in VGA (640 x 480) mode, which is slow and jerky. Even in QVGA (320 x 240) mode it can only manage 20fps, which is still too slow for smooth movement. At least it can shoot until the memory card is full, and with such low quality the file sizes are small.


Still picture quality is adequate for snapshots, but does have a few problems. Our test shots showed a lot of JPEG compression artefacts, not surprising since the file size is only around 1.25MB. Pictures from a four megapixel camera in fine mode are usually around 1.6MB. Unfortunately there is no option to change the compression setting, only the resolution of the output image. The second major problem is the flash. At any range under about two metres it horribly over-exposes everything it touches, burning out highlights and leaving colours looking bleached and pale.


When shooting outdoors in normal sunlight the results are reasonably good. Image noise is controlled at ISO 80 but does become bad at 200 and severe at 400. Colour rendition is good, thanks to the excellent Kodak Colour Science processing engine. Lens distortion is kept to a minimum even on wide-angle shots, and focus is sharp right across the frame. Exposure under normal circumstances is good, but it doesn’t cope well with very strong highlights, often burning them out. Chromatic aberrations (purple fringing) are noticeable in some images too. Generally, however, image quality is acceptable considering the price.


If you’re looking for a little more than a basic snapshot camera without spending a fortune then the Z700 is worth considering. It is well made, easy to use and has enough versatility for creative photography, albeit on a fairly limited scale. The 5x optical zoom lens is a good compromise between a pocket compact and a full-scale super-zoom. Picture quality is reasonable in good conditions, and the optional Kodak Printer Dock should make printing your pictures child’s play. At the time of writing the Z700 bundled with the Printer Dock costs approximately £230.

”A range of test shots are shown over the next two pages. Here, the full resolution image has been reduced in size for bandwidth purposes, and a crop (taken from the original full resolution image at Adobe ImageReady jpg quality 60) follows each image in order for you to gain an appreciation of the overall quality. The next page consists of resized images (to Adobe ImageReady jpg quality 50) in order for you to evaluate the overall exposure. For those with a dial-up connection, please be patient while the page downloads.” 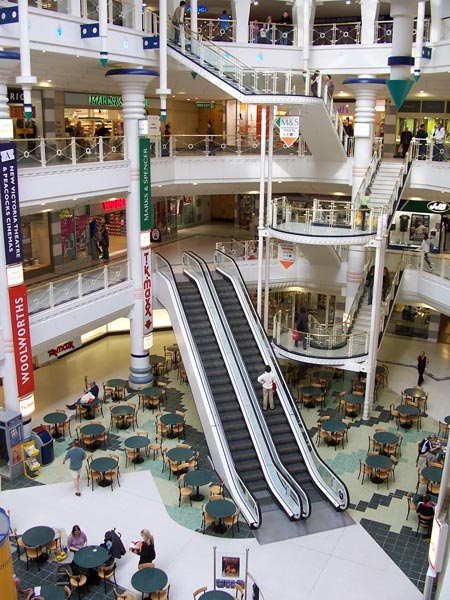 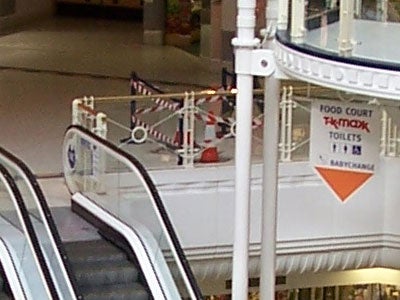 ”’Under normal average conditions the exposure system produces a nicely balanced shot with plenty of detail.”’ 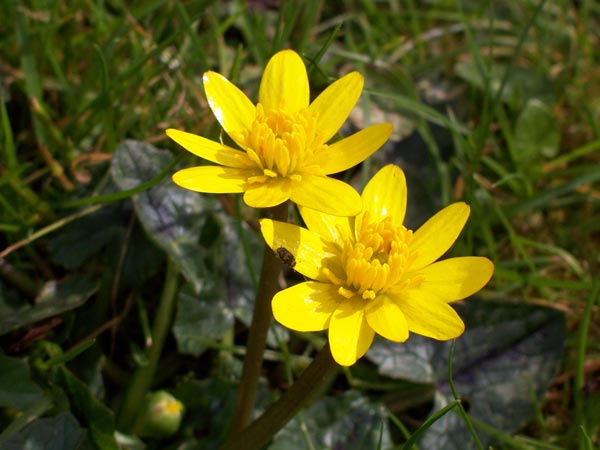 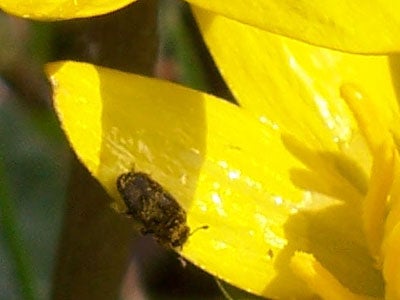 ”’The macro setting produces good sharp pictures at close range, but it took several tries to get it to focus on the right subject.”’ 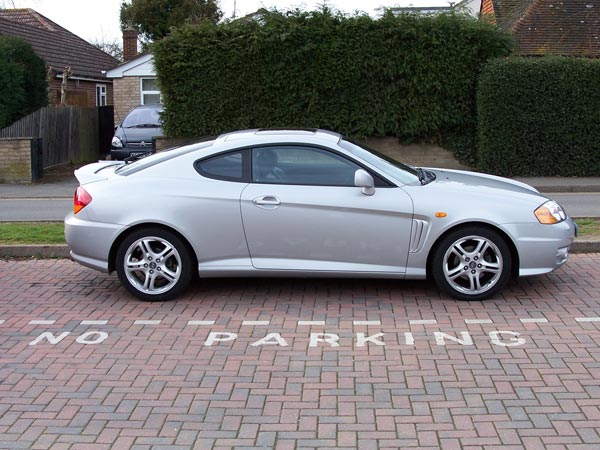 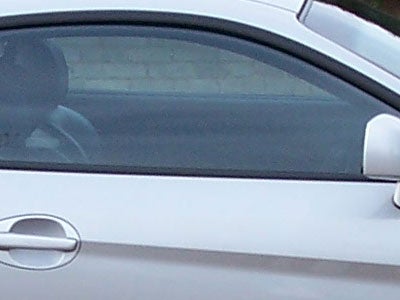 ”’Shot at ISO 80, this image shows that the Kodak Colour Science processing engine is somewhat more intelligent than the average car driver.”’ 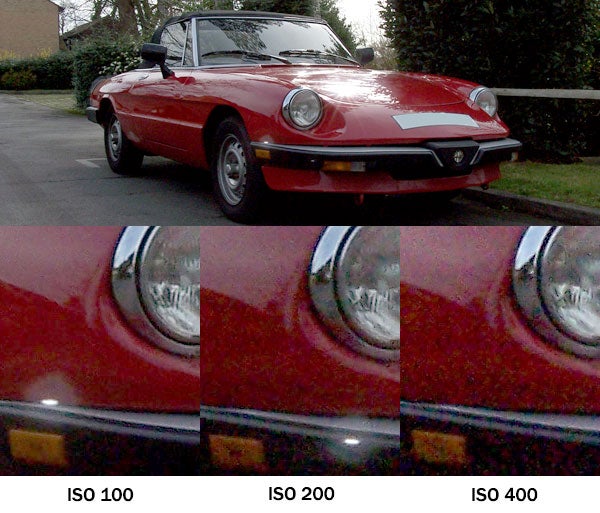 ”’At 100 ISO image noise is fairly minimal, but compression artifacts are visible and the image is under exposed.”’

”’At 200 ISO image noise is very noticeable, especially in the darker parts of the image. Again, the picture is under exposed.”’

”’At 400 ISO image noise is present right across the frame but, although difficult to tell in the small crop out, the overall exposure was slightly more accurate.”’ 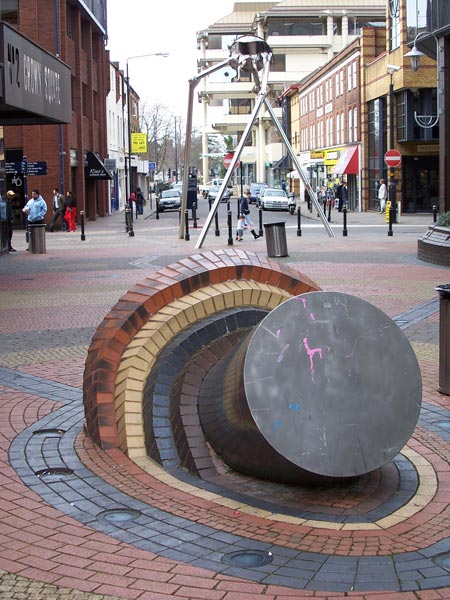 ”’The wide end of the zoom range is equivalent to 35mm on a 135 camera, good for capturing wide scenes.”’ 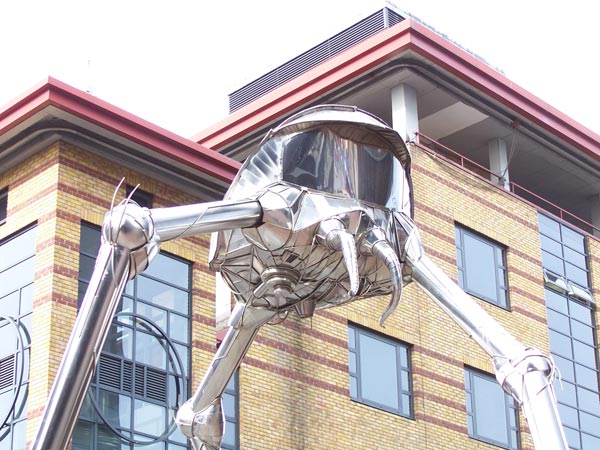 ”’The 5x optical zoom is good for picking out details in an image, but the metering system has seriously under exposed the shot.”’ 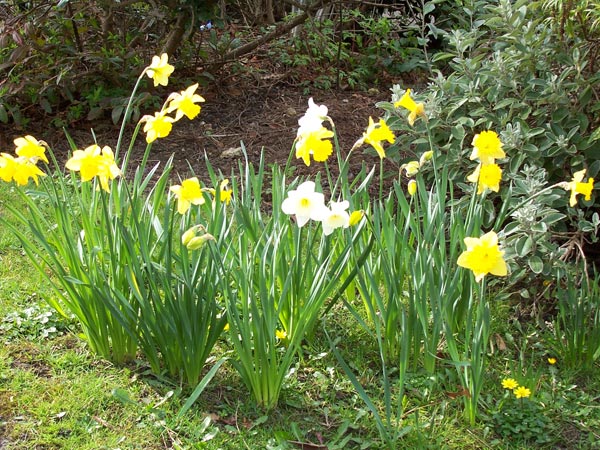 ”’The bright yellow highlights in this picture have burned out and lack detail because of over exposure.”’ 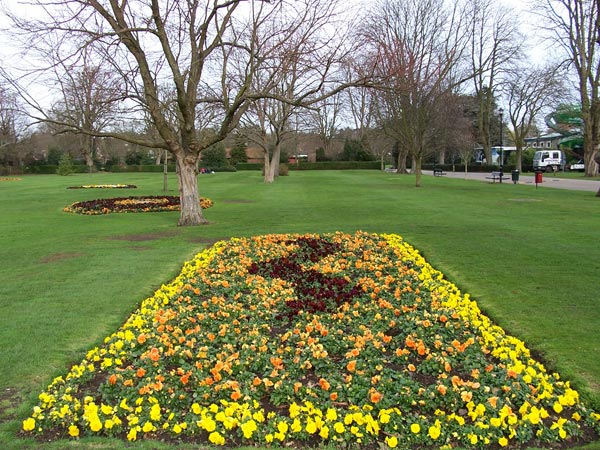 ”’This average outdoor shot has good colour balance and exposure, although the yellow highlights lack detail.”’ 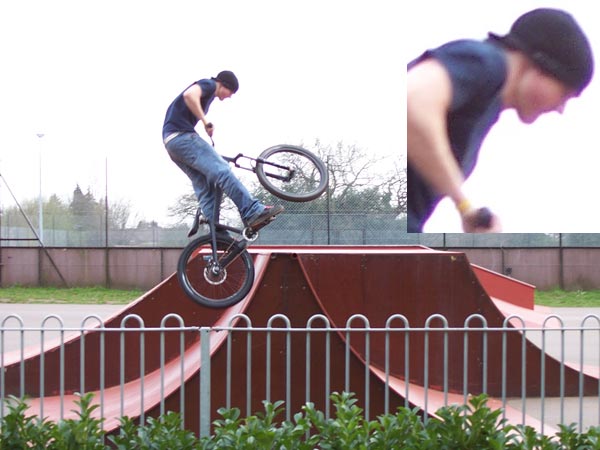 ”’Although it was shot on the sports setting, the camera only selected a shutter speed of 1/125 for this image, resulting in motion blur. We can also see some strong purple fringing in the full res crop out (inset).”’