For over 100 years it has been the stated mission of the Kodak company to bring photography to the masses. One of its earliest advertising slogans was “You press the button, we do the rest.” This philosophy of making photography as simple and accessible as possible is continued today in the company’s extensive range of digital compact cameras, currently comprising 28 models spread over four series. Most feature simplified controls, easy-to-use automatic functions and user-friendly features such as direct printing and downloading docks. Even Kodak’s more sophisticated models in the high-zoom Z-series are relatively simple; today’s camera, the EasyShare Z1085 IS is an excellent case in point. 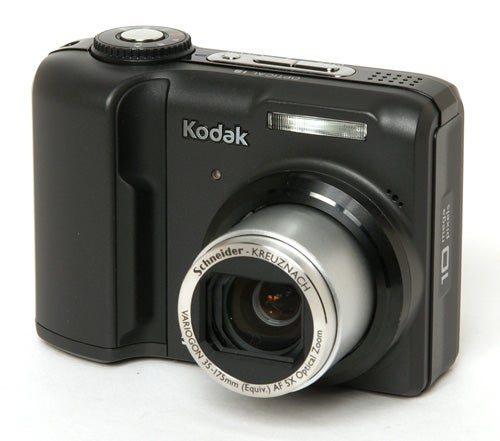 The Z1085 is a 10.0-megapixel compact camera featuring a 5x zoom optically stabilised lens, a 2.5-inch 230k LCD monitor and manual exposure options, and is currently available direct from Kodak’s website for £149.99, although it is so new that few other shops are offering it yet. There are surprisingly few cameras that match this specification. Given its plastic body, AA batteries and longer zoom a tempting comparison would be something from Canon’s PowerShot A-series, such as the 8-megapixel, 6x zoom A720 IS (£155), however a better match would be the Panasonic DMC-LZ10 (£170), or the Samsung S1050 (£150).


The Z1085 is a fairly small camera, but it is certainly no ultra-compact. To accommodate the pair of AA batteries and the 5x zoom lens, the plastic body measures 89.5 × 64.3 × 39 mm, and weighs a substantial 164g empty, or over 210g including batteries and card. The overall shape is tall and thick, with a substantial handgrip on the right that is bigger than it needs to be to hold the batteries. The Schneider-Kreuznach lens also protrudes from the camera body, and the result is a size and shape that is a bit to bulky to sit comfortably in your pocket. 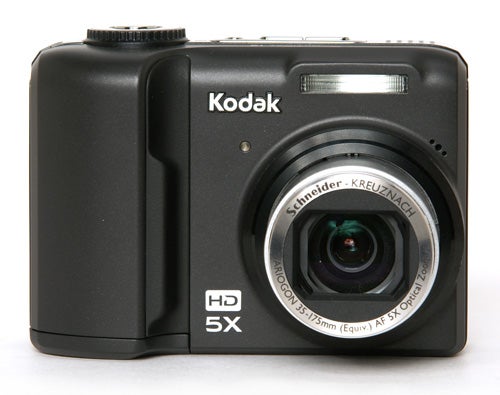 Despite the plastic construction, the build quality is good. There are a few spots on the body that feel a bit flexible, but it generally feels fairly robust. The battery hatch can pop open with a little encouragement, dropping your batteries on the floor, but the separate card hatch has a strong metal hinge. The control buttons are well mounted, but they feel rather squishy and unresponsive, lacking the positive click that I prefer.

Other external features have good and bad points. The LCD monitor is excellent, with sharp 230k resolution, a fast refresh rate, a very wide angle of view and an effective glare-reducing finish. The built-in flash however is mounted directly above and quite close to the lens, inviting red-eye in flash portraits. 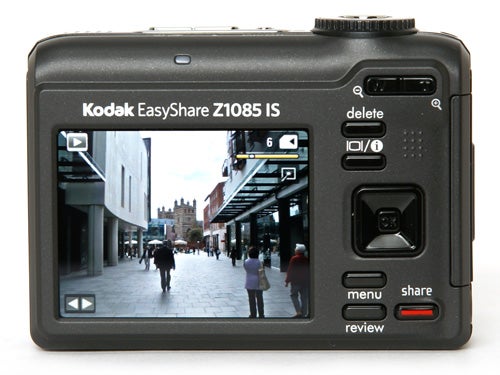 Internally the most significant feature is the optical image stabilisation, something that is becoming more common even on relatively cheap cameras like this one. It uses sensitive movement sensors and a moveable element within the lens to counteract camera shake at slow shutter speeds, especially useful with longer zoom lenses. Kodak’s system is reasonably effective, producing sharp images most of the time at full zoom and a shutter speed of 1/25th of a second, although slower speeds defeated it.


As I mentioned, the Z1085’s controls are very simple. The camera has five main shooting modes. The simplest is a fully automatic option in which all menu options except picture size and basic setup are disabled. Slightly more useful is a program mode with more options including exposure compensation, adjustable ISO, metering and focus modes, auto-bracketing, and a limited range of colour options. As well as this the camera has a manual exposure mode, although this is also a bit limited, with only three aperture settings and shutter speeds of 8 seconds to 1/1000th of a second. The other shooting modes are a high-ISO setting with a theoretical maximum of 8000 ISO, although the picture quality in this mode is extremely poor. There is also a scene mode with 16 scene programs. Basic camera control is via a row of on-screen icons adjusted via the small square D-pad. 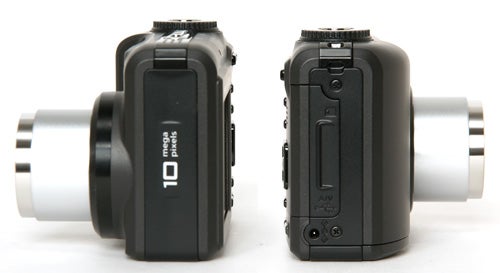 I did notice one very unusual thing about the Z1085, and that is a noise. I don’t mean image noise, but an actual sound. While the camera is switched on it makes a quiet but distinct whirring sound all the time, and I really don’t know why it should do this. It’s not the AF motor, because you can hear that as well when you half-press the shutter, and it’s not the zoom motor because that too has its own distinct sound. The camera just sits there quietly muttering away to itself. Unfortunately whatever it’s doing is bound to be placing a small but unnecessary drain on the battery.


One feature still unusual enough to be worthy of note is the video mode, which can shoot at full HD resolution (1280 × 720) at 30fps, with mono sound. Clip length is limited to 29 mins as long as you have enough space on your memory card.

The Z1085’s overall performance is unfortunately rather disappointing. It starts up quickly enough in under two and a half seconds, and shuts down again in approximately three seconds, but it is the shot-to-shot cycle time that is the major problem. In single shot mode it can take three shots in approximately five seconds, which is a little slow but not too bad, but then the buffer fills up and it slows right down. For subsequent shots there is a delay of approximately seven seconds while the camera writes to the memory card. In continuous shooting mode it can take a burst of three shots in a little under two seconds, but then there is a nine-second delay before any more shots can be taken. Bear in mind that this was using a high-speed SanDisk Ultra II SD card. With a slower card the delay is even longer. This kind of performance is exceptionally slow for a modern camera. 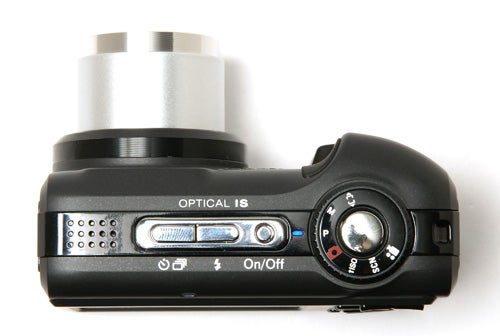 Picture quality too is not massively impressive, although it does have its good points. As usual with Kodak cameras colour reproduction is very good, and the larger 1/1.63-inch sensor seems to produce somewhat higher dynamic range than most other 10MP compacts, with a good balance of shadow and highlight detail. However I found exposure metering to be a bit inconsistent, burning out highlights on some shots but not others. Under close examination the Z1085’s images have a slightly grainy look even at low ISO settings, possibly a result of over-sharpening and higher than average (and non-adjustable) image compression. While images at ISO speeds up to 200 are generally good, image noise is a problem at higher settings, and especially bad at 800 ISO and above. The normal maximum of 3200 ISO is best avoided. Surprisingly the normally excellent Schneider-Kreuznach lens also performed less well than expected. While corner sharpness is good, it produces significant barrel distortion at the wide-angle end, and some pincushion distortion at the telephoto end. 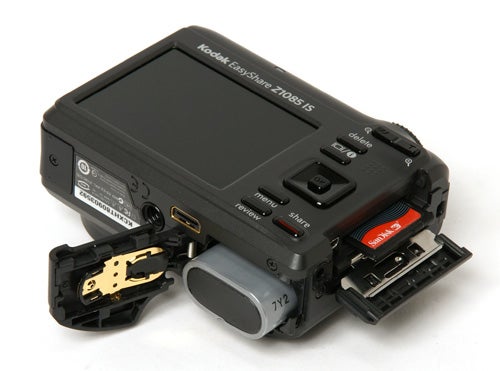 With its relatively low price and 10-megapixel resolution the EasyShare Z1085 may look like a bargain, but as usual you get what you pay for. Build quality and design are reasonably good, the image stabilisation system works well and the camera is certainly easy to use, but it has a limited range of features and its overall performance leaves a lot to be desired. Image quality too could be a lot better. 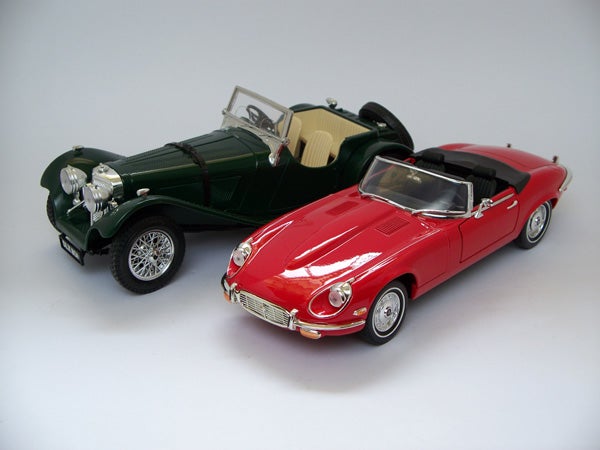 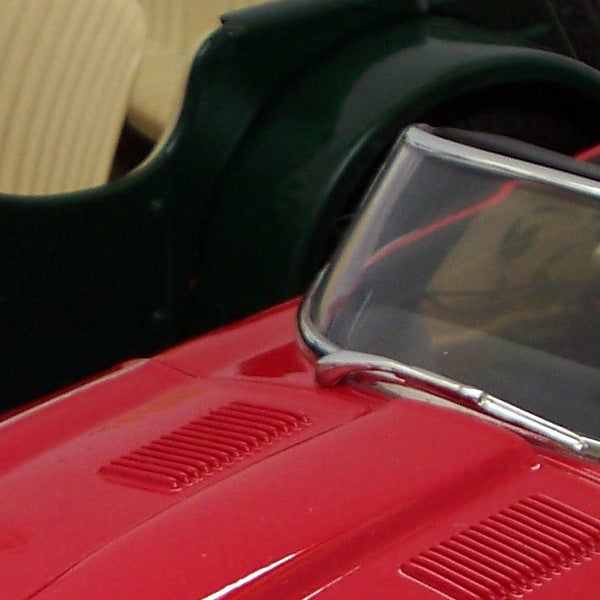 At the minimum ISO setting of 80 there is very little real noise. 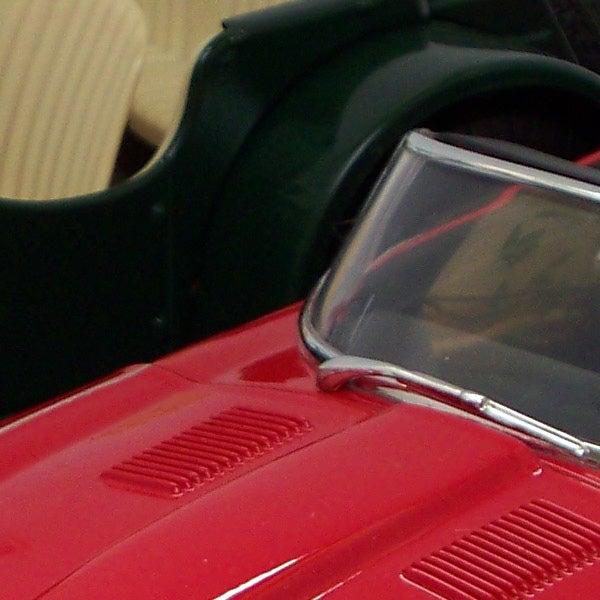 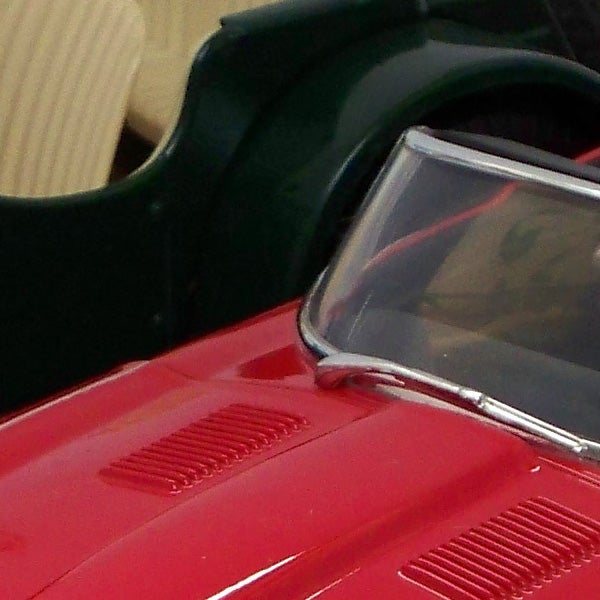 Even as low as 200 ISO the noise reduction is producing some fuzzy edges. 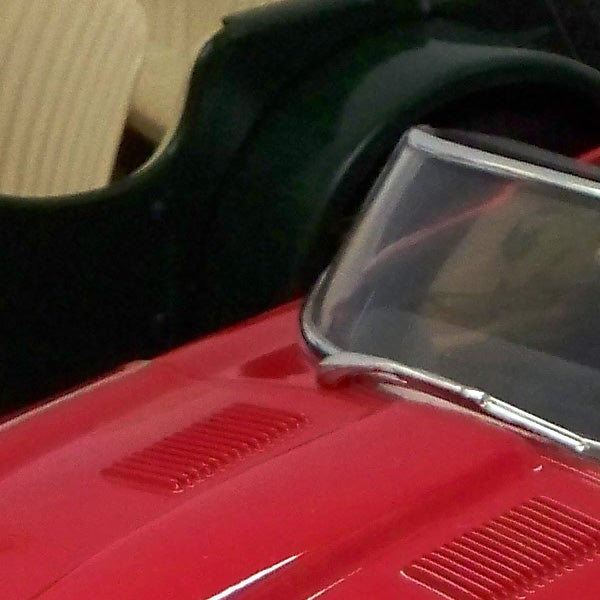 Significant detail blurring from the noise reduction at 400 ISO. 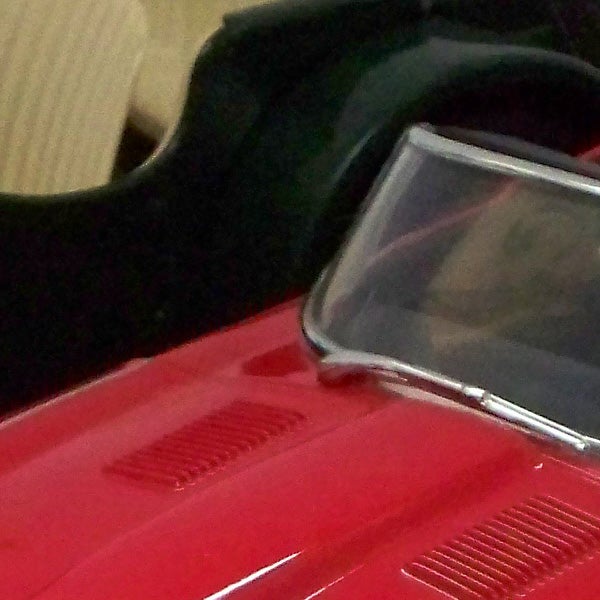 At 800 ISO there are some nasty artifacts appearing along the edge of the red area. 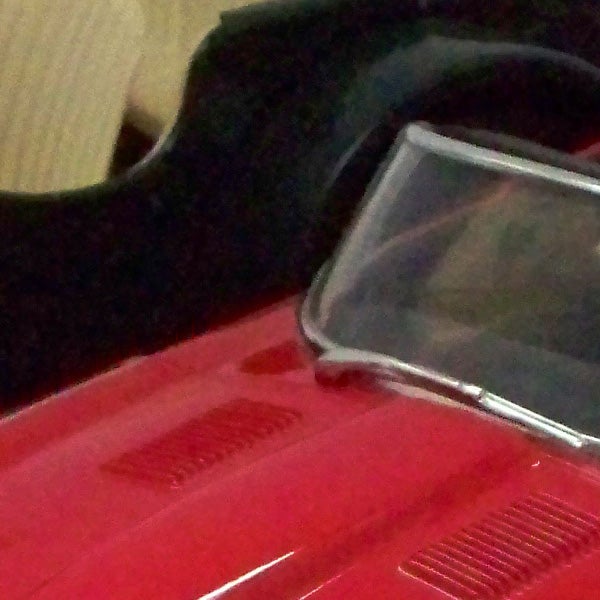 At 1600 ISO the image quality is looking very shaky, with most fine detail lost and edges blurred out. 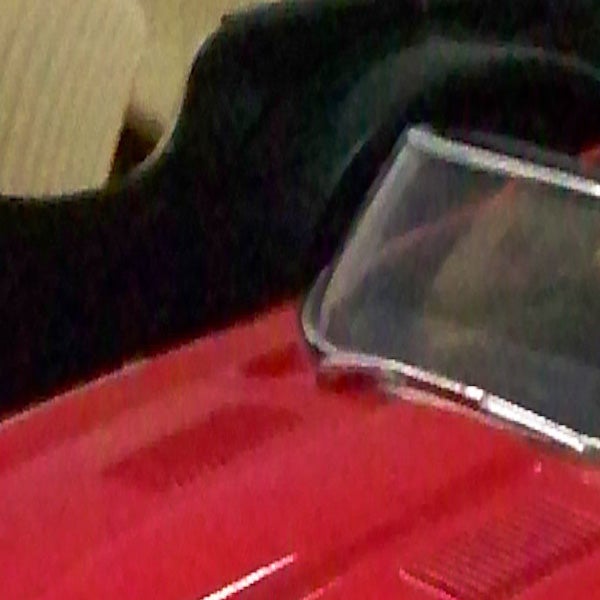 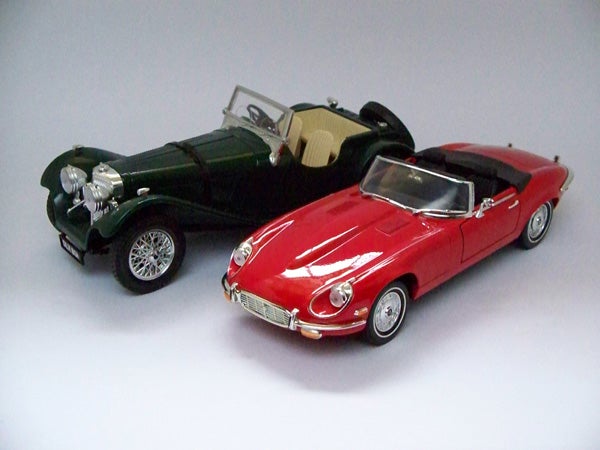 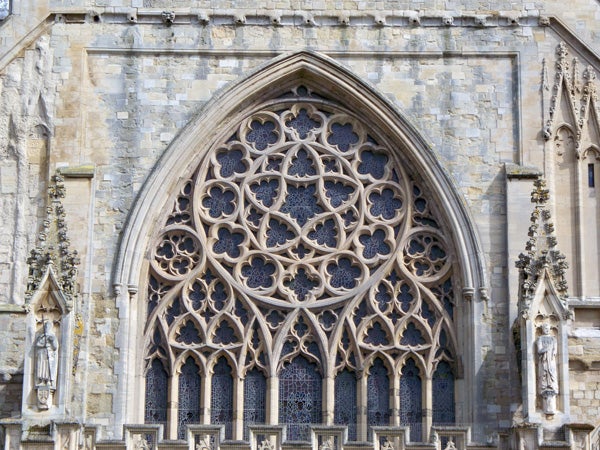 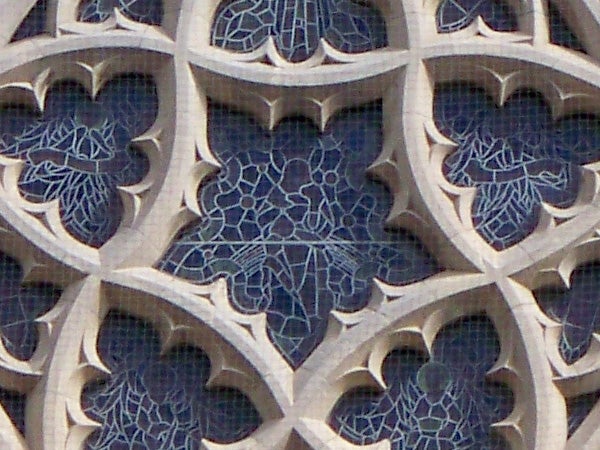 While there is plenty of detail the image quality suffers from compression, over-sharpening and slight noise. 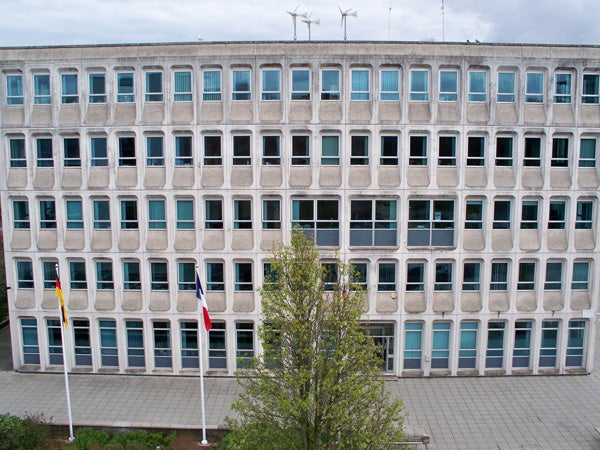 Unusually the Schneider-Kreuznach lens produces very noticeable barrel distortion at the wide-angle end. The two images below are cops from this frame. 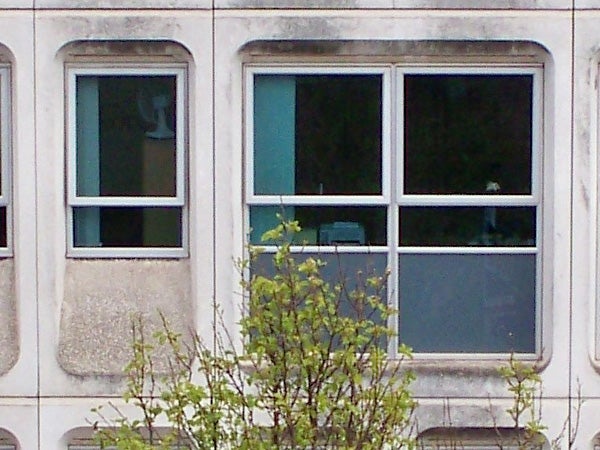 Corner sharpness is pretty good though. 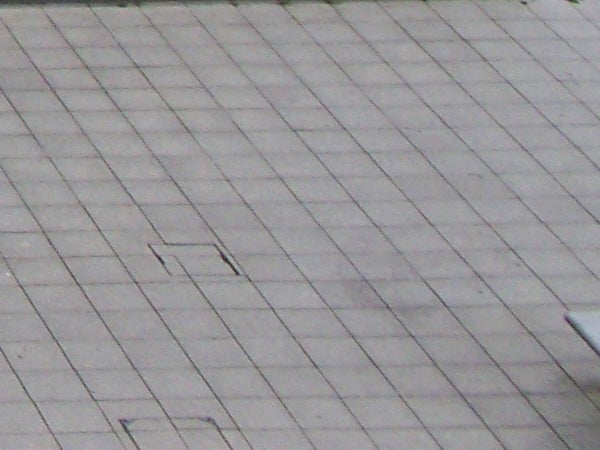 Centre sharpness is good, but again over-compressed and over-sharpened. 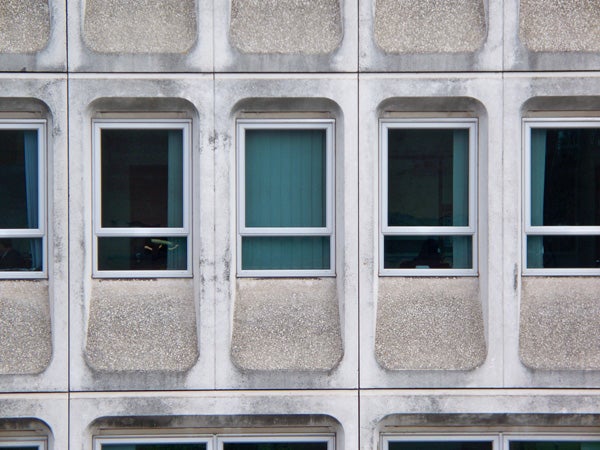 There is some pincushion distortion at the telephoto end. 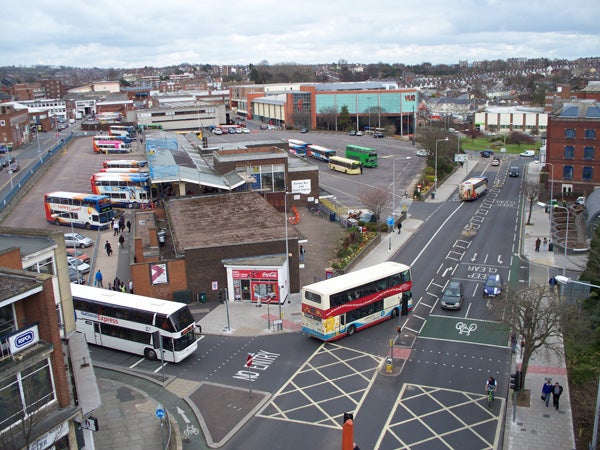 The wide-angle setting is equivalent to 35mm, slightly wider than average for a compact. 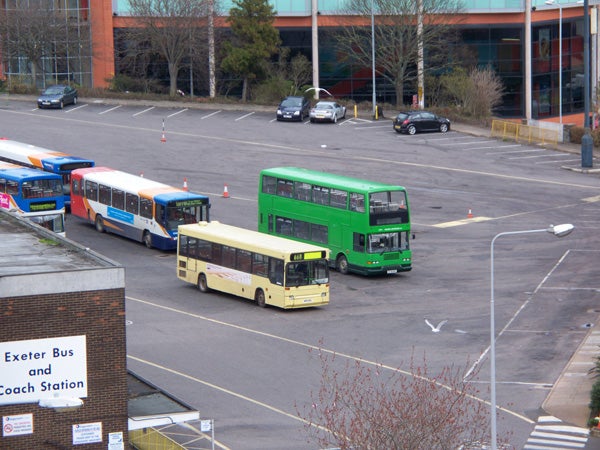 The long end of the 5x zoom is equivalent to 175mm, a useful medium telephoto. 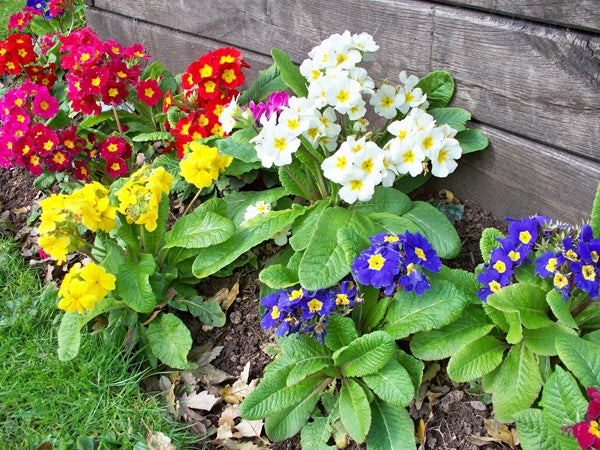 As usual with Kodak cameras, colour reproduction is very good. 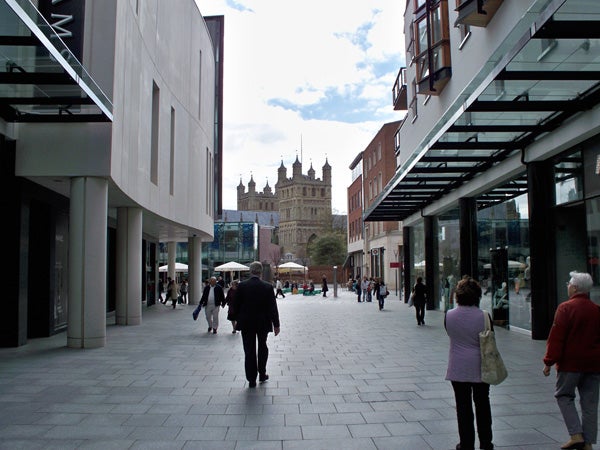 Surprisingly good shadow and highlight detail for a 10MP camera.