There’s been a lot of activity in the super-zoom camera market recently, with impressive new models from most of the major manufacturers. Kodak has always been well represented in this area, with its Z-series featuring some pretty good mid-range models, and some even better image-stabilised long zoom models. Today I’m taking a look at one of the more powerful cameras in the series, the EasyShare Z1012 IS, launched this time last year. I know it’s an older camera now but I like to be thorough, and besides, the new Z1015 IS isn’t available for review yet. 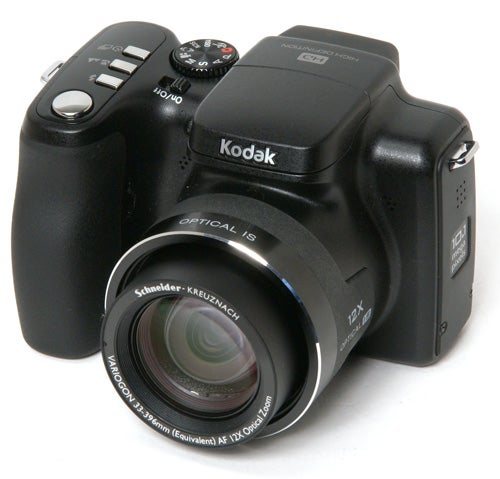 The Z1012 is a 10.1-megapixel super-zoom camera bearing a 12x zoom optically stabilised Schneider-Kreuznach f/2.8-4.8 lens and a 2.5-inch 230k LCD monitor. It’s currently towards the top of Kodak’s high-zoom Z series, surpassed in sensor power by only two models, and in zoom range by only one. It currently sells for around £175 from several retailers or for £199 direct from Kodak’s own website.


Kodak has retained the same basic design for its high-end zoom cameras since the launch of the Z series, and the Z1012’s body shape has clear similarities to earlier models, such as the Z700 from 2005, and to more recent designs such as the Z712 IS. The steady evolution of the design has resulted in a sensible if rather plain body. The handgrip is large and comfortable, although it has to be said that the gap between it and the lens barrel is a bit narrow. The handgrip, the rear thumbgrip area, and the lens barrel are all rubberised, providing a secure and comfortable grip, and a certain amount of protection for the internal components. The viewfinder eyepiece is also rubber, which will come as welcome news to anyone who wears glasses. 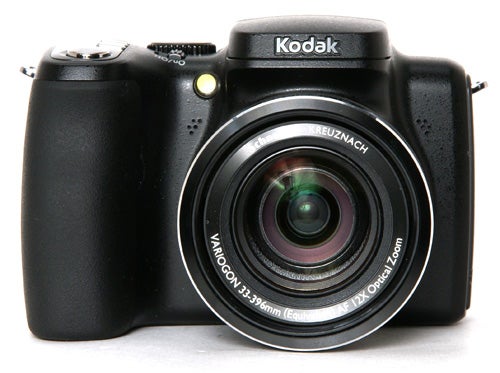 The bodyshell itself is made of plastic, but it is solidly made with no creaking joints or flexing panels. The only real weak spot is the card hatch cover, which is distinctly flimsy and positioned rather vulnerably right on the corner of the body. If anything on the Z1012 is going to snap off, it’ll be this.

One unusual feature of the Z1012 is its battery. It is supplied with a high capacity rechargeable Lithium-ion CRV3 cell, a type which I have not seen before. This means it can also use a non-rechargeable CRV3, or two AA batteries, which could come in handy if you forget to take your battery charger on holiday. 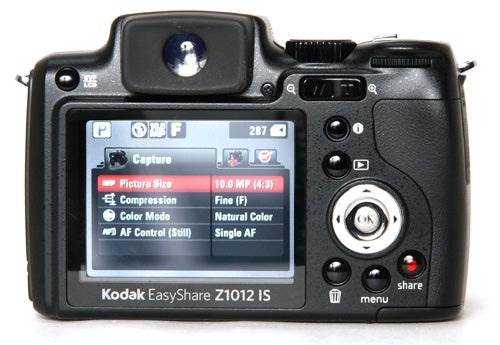 In terms of its major features however, the Z1012 looks a bit mediocre by current standards. With most recent super-zoom cameras sporting 18x or even 20x zoom lenses, the 12x zoom lens on the Kodak looks a bit weak. The 2.5-inch monitor also looks a bit small on a camera of this size. 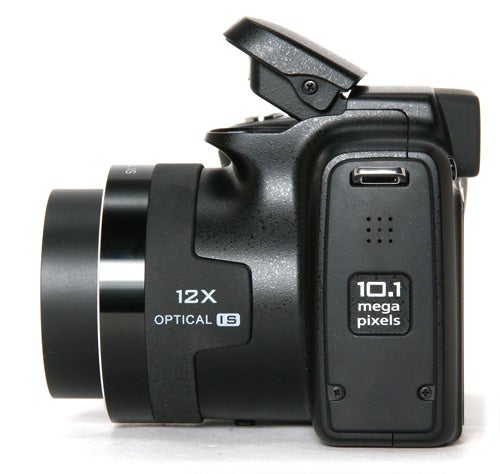 The Z1012 has a full range of manual options, with program, aperture and shutter priority and full manual exposure, as well as manual focus. The shutter speed range is a bit limited, from 16 seconds to 1/1000th in 1/3EV steps, but the aperture range of f/2.8 to f/8.0 is fairly normal. Manual exposure adjustments, or quick ISO and exposure compensation adjustment in program mode, are carried out via a simple thumbwheel, which is very quick and intuitive. I’m not too impressed by the manual focus function however. Although it’s easy enough to operate, it is slow and awkward and the monitor screen is simply not sharp enough for accurate focusing, even with the automatic magnification. 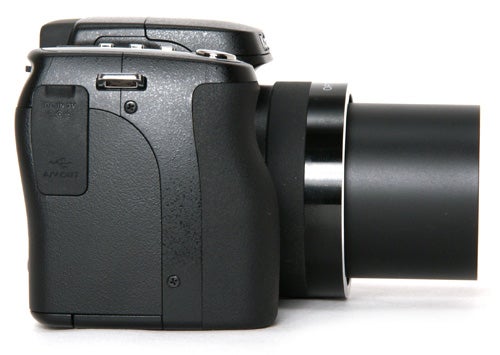 Kodak’s optical image stabilisation system works quite well, enabling shake-free hand held shooting at shutter speeds as low as 1/8th of a second at wide angle, although it doesn’t seem to cope as well at longer zoom ranges. At full zoom I was still seeing blur from camera shake at shutter speeds of 1/100th of a second, which is only two stops below the recommended shutter speed for 400mm.

As is so often the case with Kodak cameras, it is the Z1012’s overall shooting performance that really lets it down. Although the autofocus system is nice and quick, and tracks moving subjects reliably, the shot-to-shot times are simply terrible. In single-shot mode and maximum image quality, it starts off looking promising, shooting three frames in just under five seconds, but then if you try to take a fourth shot all you get is an annoying “Processing…” screen, which lasts for nearly ten seconds. Continuous shooting is equally disappointing, since all it offers is a basic three-shot burst mode, or a “last three” capture. When similarly-priced and similarly-specified cameras can typically manage at least a two-second shot cycle, one has to wonder what’s taking the Kodak so long. 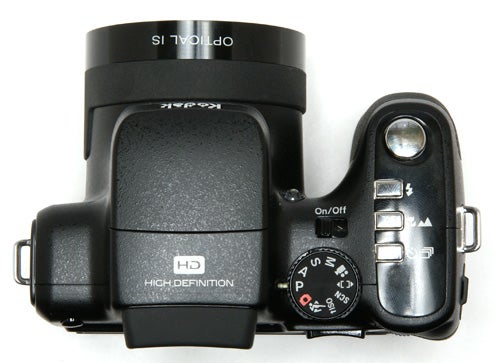 All that processing time unfortunately doesn’t translate into superior picture quality. Exposure metering is inconsistent, under or over-exposing by as much as three stops seemingly at random. This really doesn’t help the camera’s limited dynamic range, which produces burned-out highlights. This in turn affects colour reproduction, with very saturated colours, especially red and yellows, showing almost no detail.


Image noise is also a major issue. There is some colour mottling even at 64 ISO, and the effects of aggressive noise reduction are visible at 200 ISO. At 400 ISO and beyond fine detail is progressively smeared out by the NR, and the 3200 ISO shots are among the worst I’ve seen, looking like they were taken on a low-grade webcam. I didn’t even bother with the 3MP-only 6400 ISO setting. 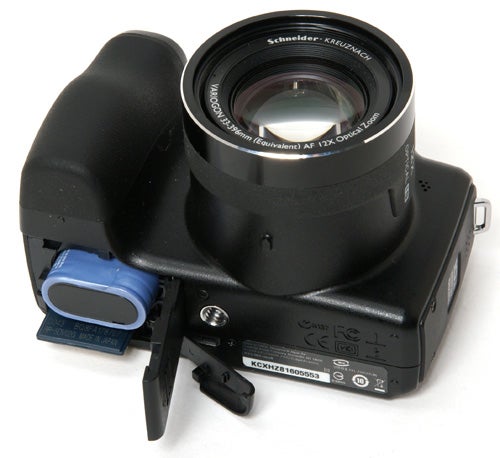 To add to the Z1012’s woes, the normally excellent Schneider-Kreuznach lens also has some problems, with significant and uneven barrel distortion, and also quite severe chromatic aberration toward the corners of the frame.

Although only a year old, the Kodak EasyShare Z1012 IS has not aged well, and looks very weak by comparison to rival models, especially more recent ones. One can forgive the utilitarian design and slightly limited range of features, but the extremely slow performance and shoddy image quality are damning faults. It is also quite expensive for its specification. There are much better cameras for not much more money. 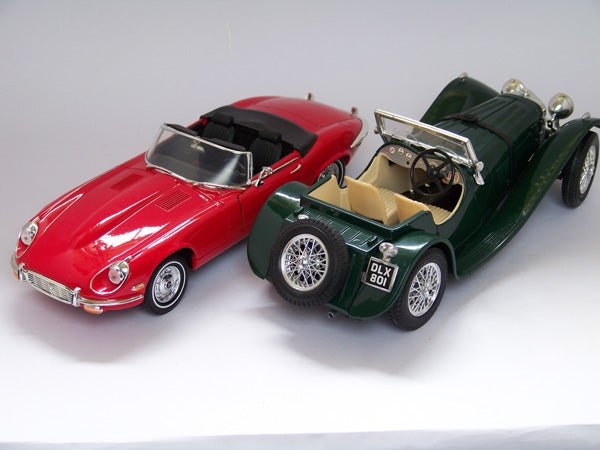 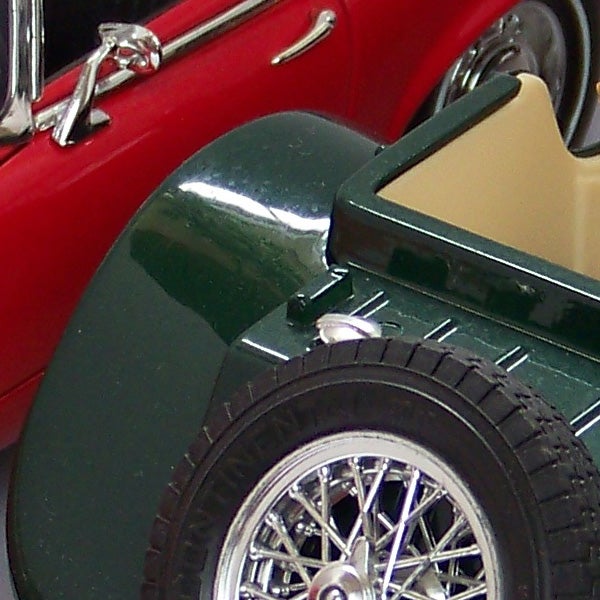 Even at 64 ISO there is some colour mottling visible. 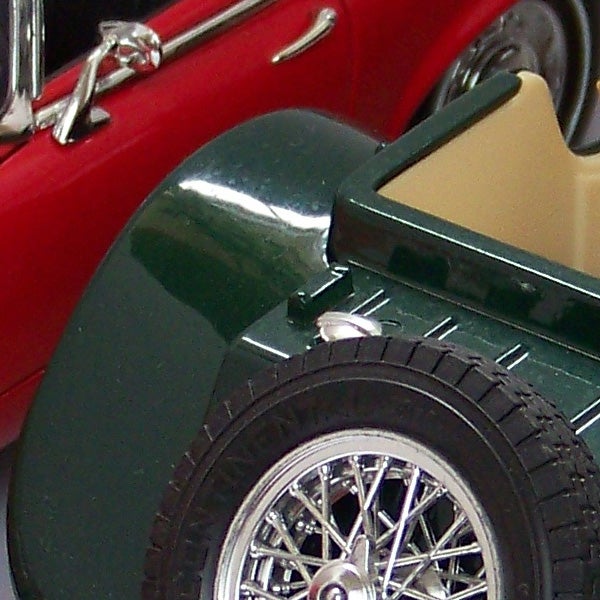 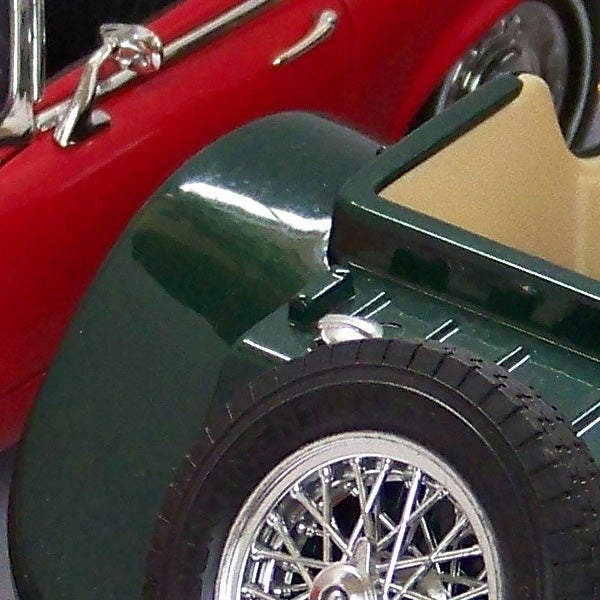 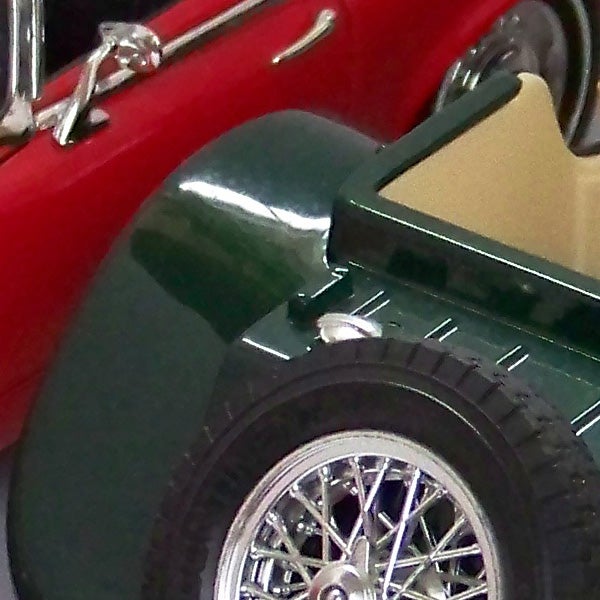 At 400 ISO the noise reduction has really kicked in, blurring our fine detail and edge definition. 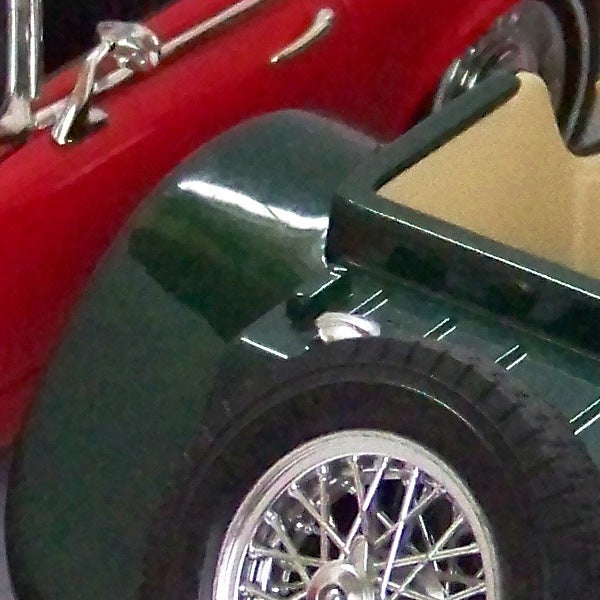 At 800 ISO the image quality is going rapidly downhill. 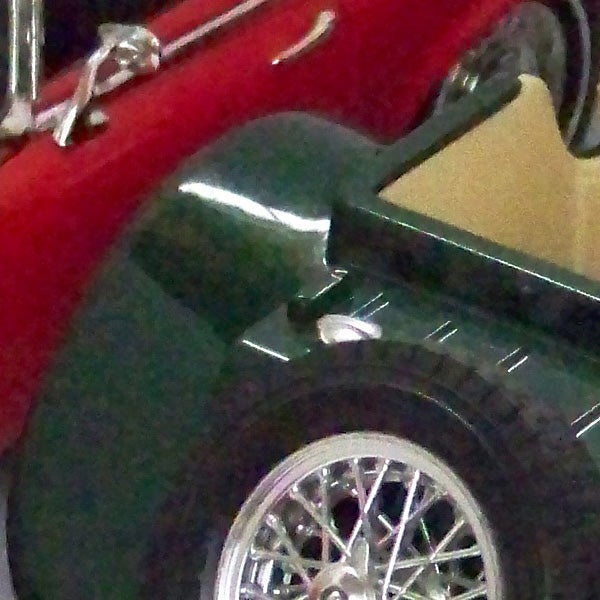 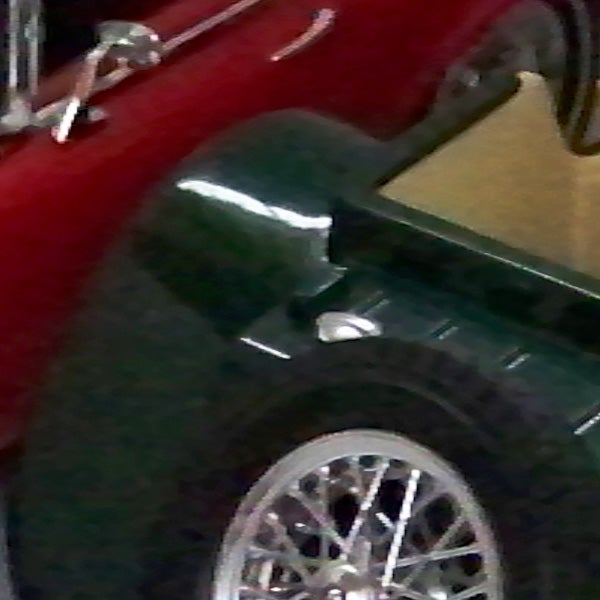 Why even bother with a setting like this. It’s like that setting on your toaster that always burns the toast. 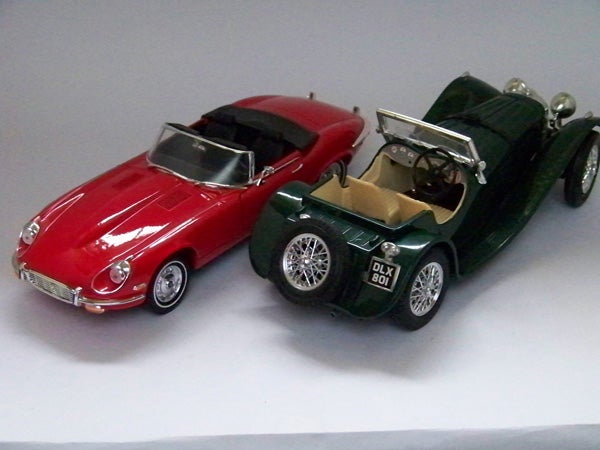 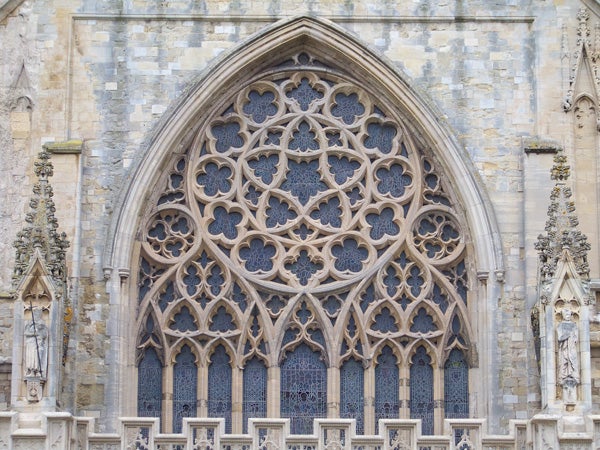 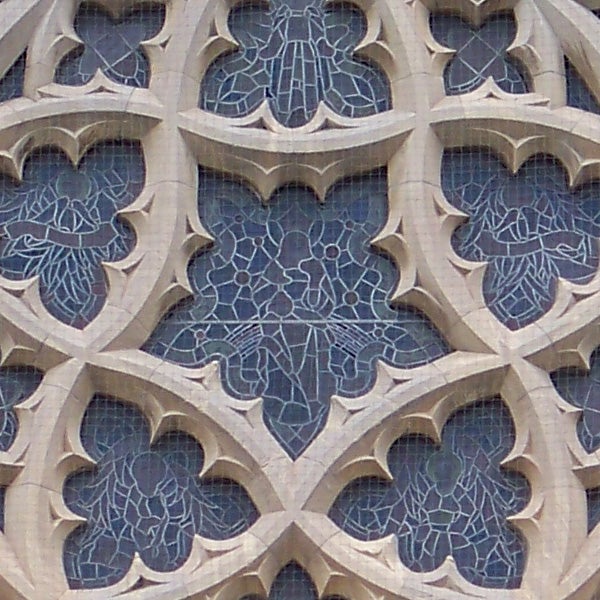 While the level of fine detail in this shot is good, the image looks over-processed. 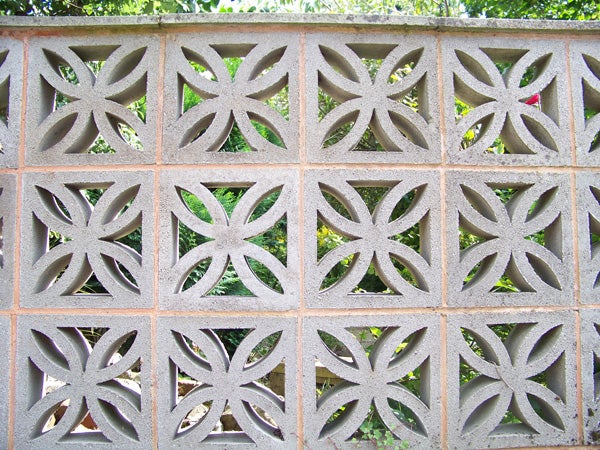 Unusually for a Schneider-Kreuznach lens, barrel distortion is a significant problem. 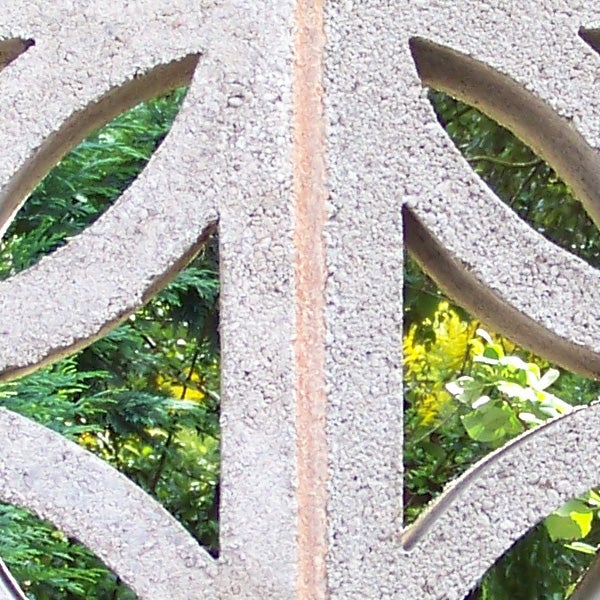 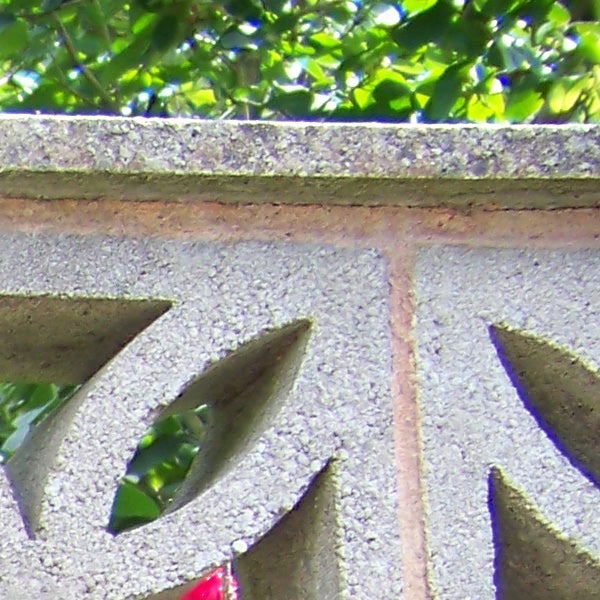 However there is serious chromatic aberration at the corners. 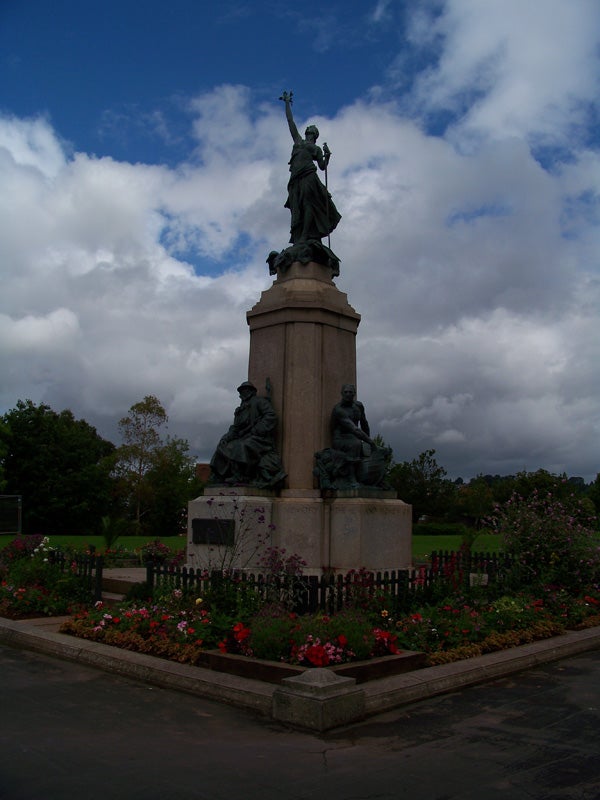 The wide end of the zoom range is equivalent to 33mm, but this shot is under-exposed by around three stops. 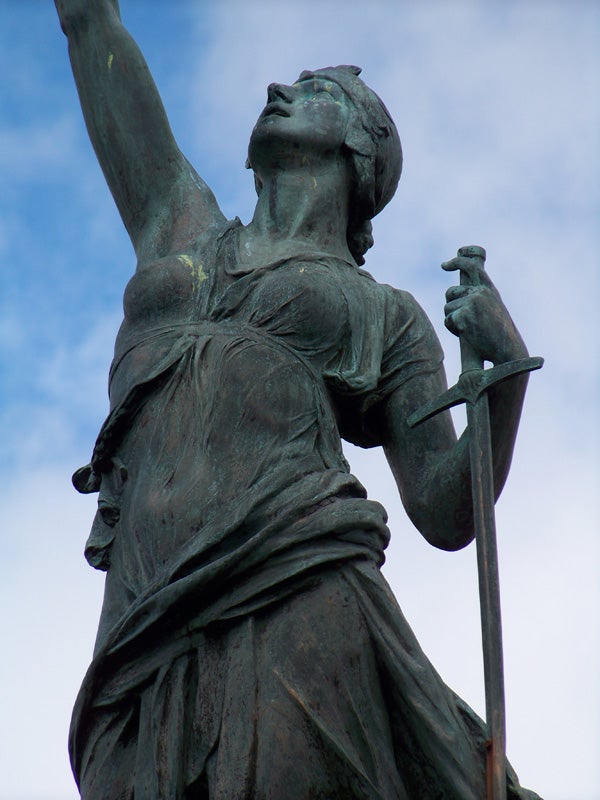 The telephoto end is equivalent to 396mm. The exposure is better, but chromatic aberration is plainly visible. 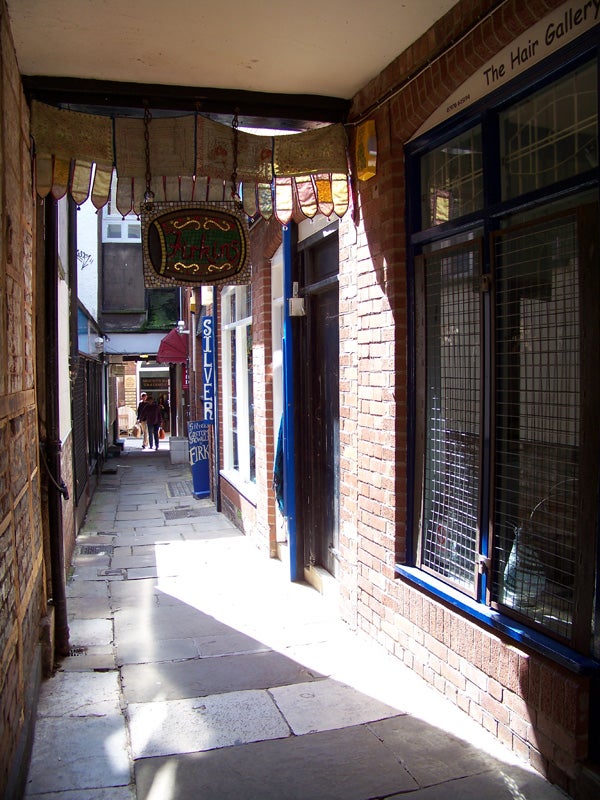 The highlights of this high-contrast shot have been completely burned out. 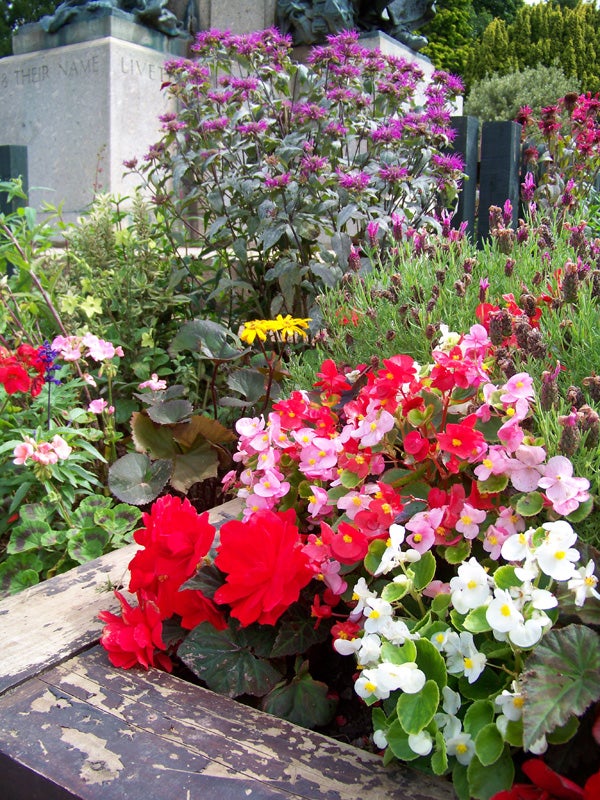 The reds in this shot are over-saturated and contain little detail.