Kodak has been a major player in the digital camera industry from the very start, producing some of the first digital SLR cameras such as the revolutionary DCS420 in conjunction with Canon and Nikon over 10 years ago. It has also been making consumer digital cameras since 1998, which is much longer than most of its rivals. It’s rather odd therefore that until comparatively recently Kodak’s digital cameras have been regarded rather poorly, and the company’s share of the lucrative digital compact market is not as large as one might expect, given that the name Kodak is practically synonymous with consumer photography. Part of the reason for this is that many of its cameras, although generally reliable, capable and easy to use, have lacked a certain style. In fact, many of them have been downright ugly. But all that is about to change, with the launch of the V series, including this, the top-of-the-range V550. 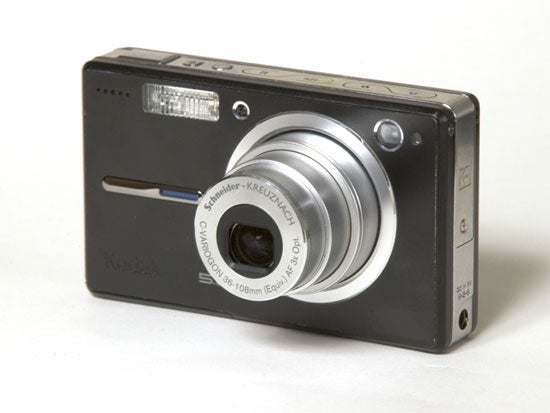 Initial reactions by people who saw this camera while I was testing it were unanimously positive, including one person who made a fairly determined attempt to steal it. I can’t really say that I blame them, because there’s no denying that the V550 is a very pretty camera. In general style it bears some resemblance to the Pentax Optio S5z, including the etched pattern of concentric rings on the front panel.


Measuring 94 x 56 x 22mm and weighing 160g with battery it is slightly larger and heavier than the Pentax, although its specification does include an optical viewfinder alongside its huge 2.5in high-resolution (230,000 pixel) LCD monitor. Priced at £232.70 the V550 is also somewhat more expensive, but it does offer a lot for the money. 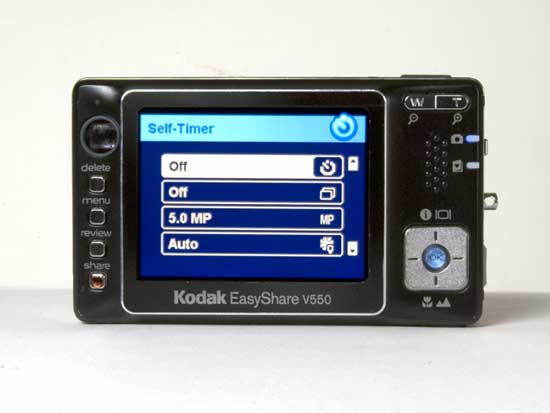 The V550’s case is solidly constructed from aluminium alloy and is available in silver or a very attractive black finish. The design and control layout is simple and logical, although the main mode buttons on the top panel are quite unusual. They aren’t really buttons as such, but sprung cut-out areas that are pressed down to activate them. This means they aren’t easy to distinguish by touch, but they are illuminated from below with a cool sci-fi blue light, so at least they are easy to find in the dark. This is good, because they include the buttons for Auto mode, portrait mode, movie mode and scene mode. This last function brings up a screen full of icons on the monitor, with options including sport, landscape, close-up, night portrait, night landscape, snow and more. One unusual option is a setting for panning shots of moving objects. Each option has a small piece of explanatory text, including advice on holding the camera steady.

The other controls are more conventional in shape and function. I was unsure about the rather ornamental square D-pad at first, but it works just fine. The position of the viewfinder does lead to nose-prints on the monitor screen, but that may be because I have a big nose.


In common with most Kodak compacts, the V550 has a ‘Share’ button. The camera is supplied with a very stylish USB charger/docking cradle which connects to a PC, and when the camera is inserted the Share button automatically starts the Kodak EasyShare software and downloads the pictures. The EasyShare software system has been rightly praised as one of the simplest and most effective digital photo programs available, and some other manufacturers have started using it under license. Using this software, even a computer novice can sort, edit print and share digital photos with ease. It’s not Photoshop, but for the home user it’s superb.


In terms of performance the V550 does not disappoint and fully lives up to its high-tech style. Despite its 3x optical zoom lens it starts up in around two seconds, which is nice and quick. The autofocus system is possibly the fastest that Kodak has ever made, and thanks to a bright AF illuminator it can focus in total darkness. 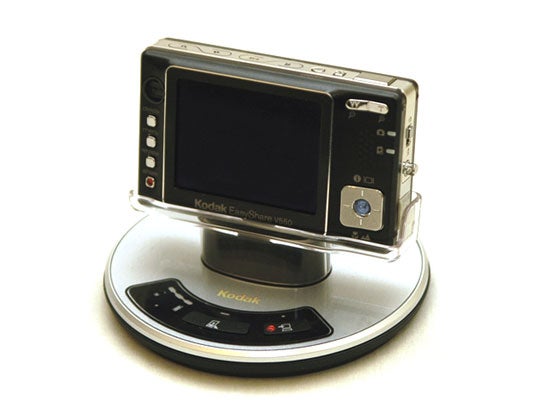 Shot-to-shot times are good, with a burst mode that can take five frames in just under two seconds at full resolution, which is ideal for capturing fast-moving action, although you do have to wait several seconds for the images to be saved to the memory card before you can continue shooting.


In playback mode, images can be cropped and copied, and presented as a slide show. This isn’t much, but with the options available in the EasyShare software it is enough.


The camera also has a very good movie mode, shooting at full VGA resolution of 640 x 480 at 30 frames per second with mono audio and a duration limited only by available memory card space. 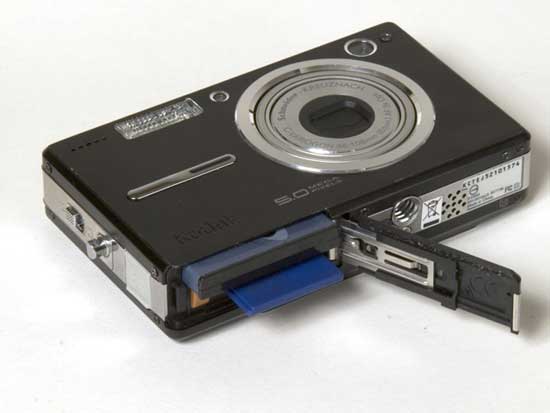 Many other stylish design-oriented compact cameras fall down on image quality, but happily this is not the case with the V550, in fact its still image quality is excellent. As one might expect from a company with Kodak’s reputation, colour reproduction is among the best I have ever seen from a compact camera. Whether in bright sunlight, overcast shade or lit by the built-in flash it returned utterly faithful colour fidelity at all times, which is impressive to say the least. 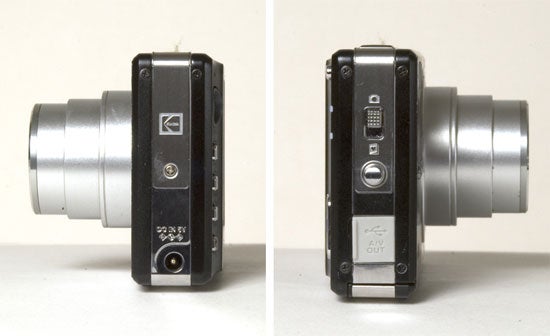 Exposure and focusing were also spot-on almost every time, and the few times when they were not were under extremely difficult circumstances. The Schneider-Kreuznach C-Variogon lens performs exceptionally well with none of the edge distortion that plagues many compact zoom lenses, most noticeably the Sliding Lens System optics found on the Pentax Optio S5z. It does have some noticeable barrel distortion at the wide angle end, but this is common to most wide-angle lenses.


The V550 does a particularly good job of coping with high-ISO image noise. The camera offers an ISO range from 80-800, although the highest setting is only available at a resolution of 1.8MP. The camera employs a noise reduction system that trades detail for noise, so high ISO shots are slightly soft, but on the whole the system works very well and 400 ISO shots are still quite usable. The smaller 800 ISO results are not as impressive, with noticeable speckling and colour artefacts right across the image, but as an emergency measure it works passably well. 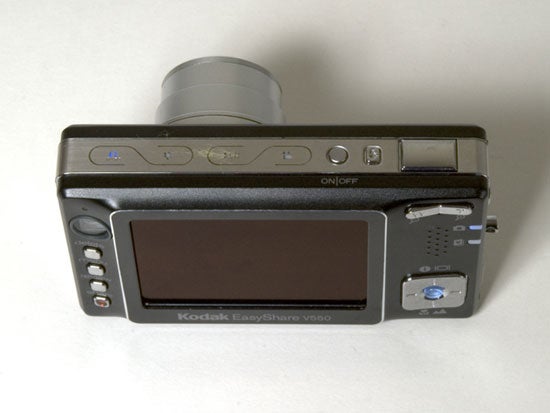 One other thing I have to mention. The V550 is the only compact digital camera I’ve ever seen that has the tripod mount where it’s supposed to be, directly under the centre line of the lens. A little thing, but then it’s the little things that count.


The Kodak EasyShare V550 is a stylish, well made and technically impressive camera, with excellent performance and exceptionally good image quality. Both the camera and the supplied software are very easy to use, making this a good choice for a demanding first-time buyer, or as a second camera for an experienced user. It is a little more expensive than some of its competition, but hopefully the price will drop over the next few weeks. This could be the camera that gives Kodak the market share it’s been waiting for. 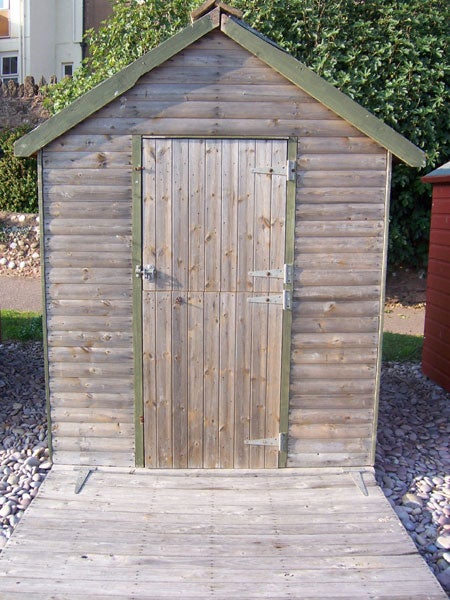 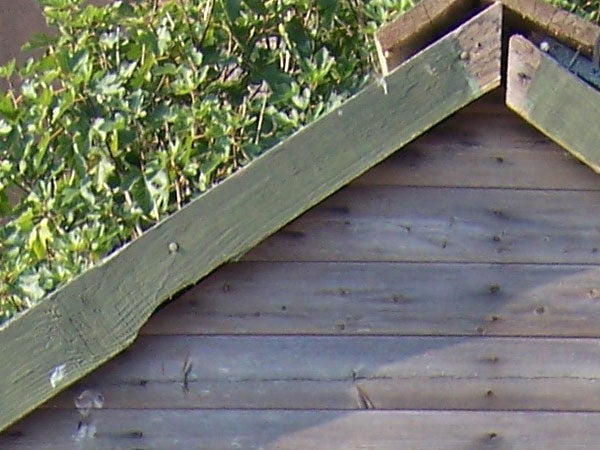 At the minimum ISO setting of 80, the image has plenty of detail and is nice and smooth. 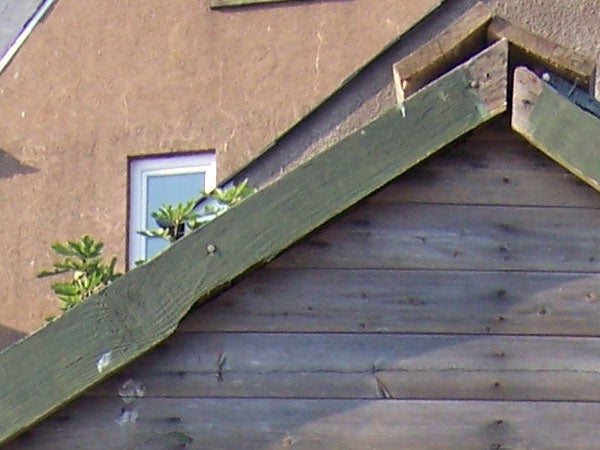 At 100 ISO there is still no image noise, as one might expect. 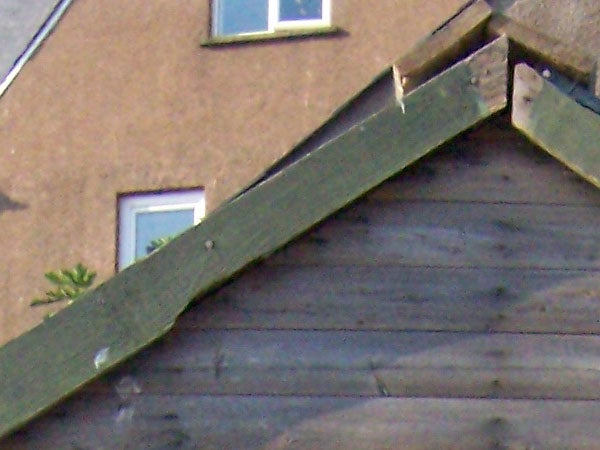 Unfortunately I don’t seen to have a 200 ISO shot, but this one at 400 ISO shows that there is still no real noise, although some detail has been reduced. 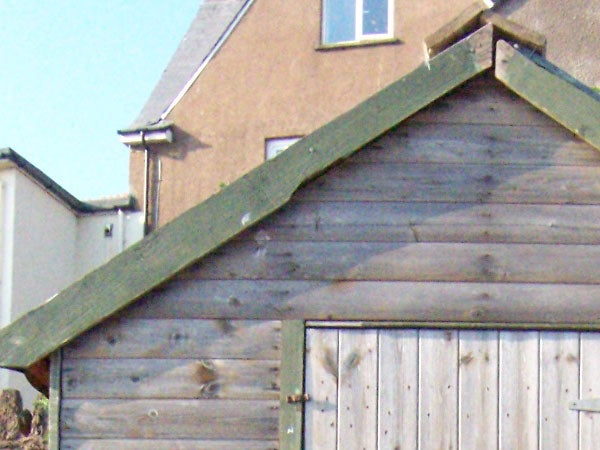 800 ISO is only available at the 1.3MP setting, and results are not good. This setting should only be used in extreme circumstances. 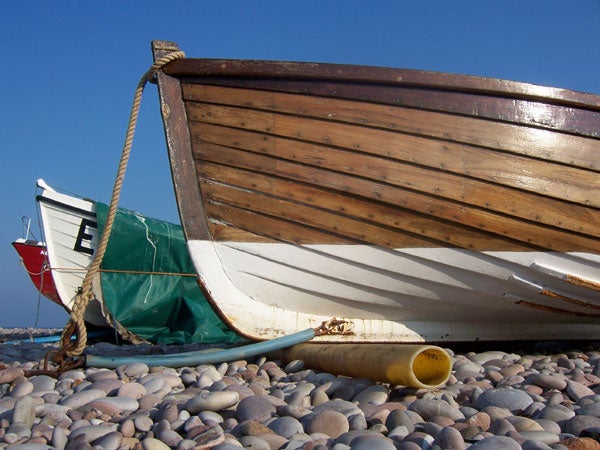 The outstanding image quality of the V550 really encourages you to try and take a better standard of photograph. This is at full wide angle. 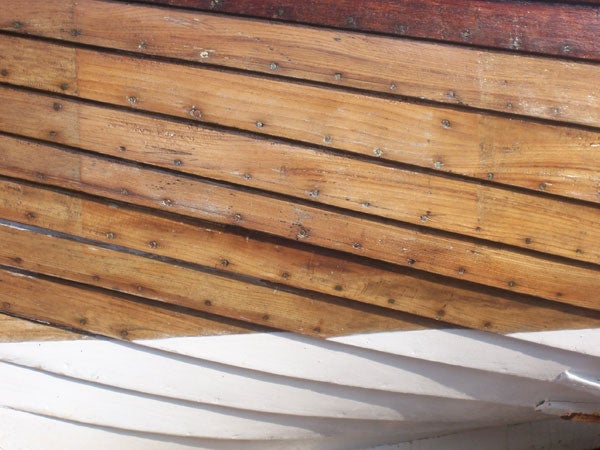 The excellent Schneider-Kreuznach lens can pull in a lot of fine detail. This is at maximum zoom, from the same position as the previous shot. 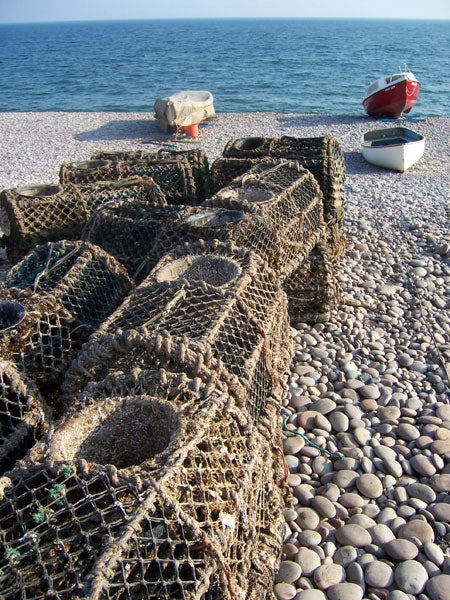 The curvature of the horizon at the top of this wide-angle shot shows rather a lot of barrel distortion. 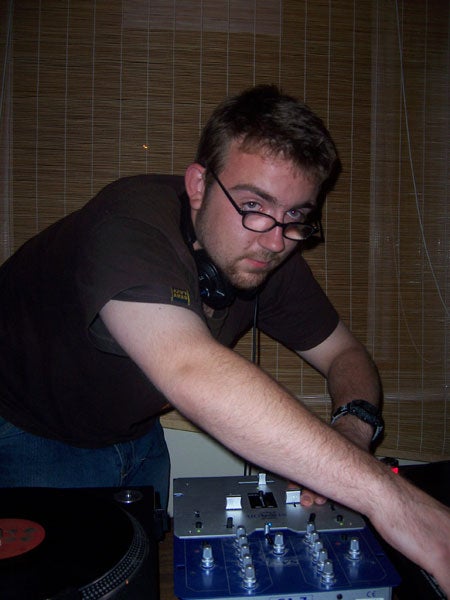 The V550 is so cool you can take it to all the best parties, and even the DJ will be impressed. 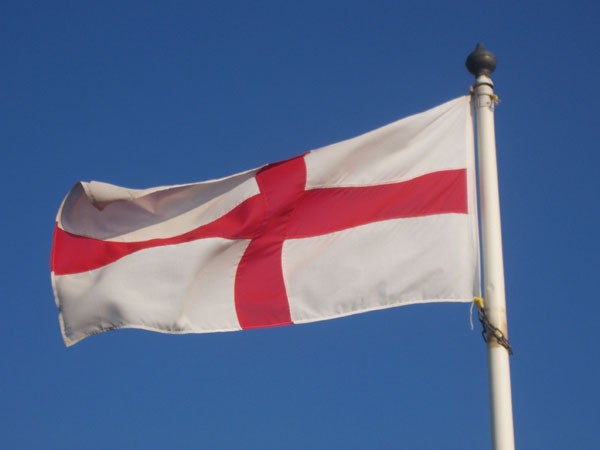 This shot is taken at maximum optical zoom, or 3x magnification, to serve as a comparison for the next photo. 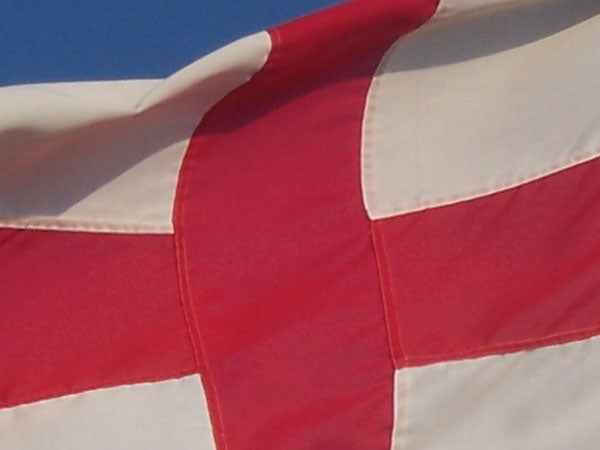 Taken from the same position but using maximum digital zoom, this shot shows why digital zoom should never be used. 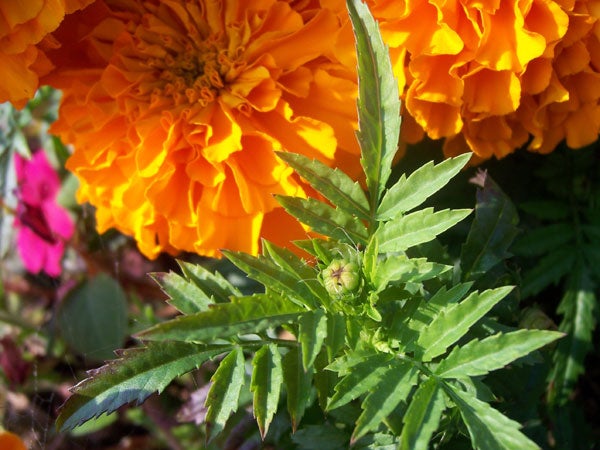 The V550 has a fairly good macro mode, and focuses well at close range, but just look at those colours! 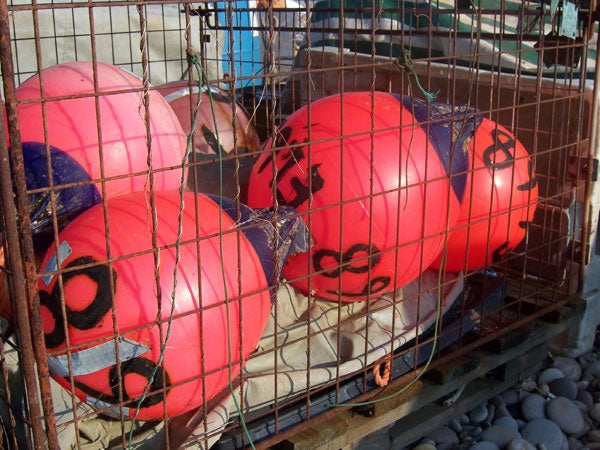 The subtle colour gradients in this shot would show up any JPEG compression artefacts, if there were any to be seen. 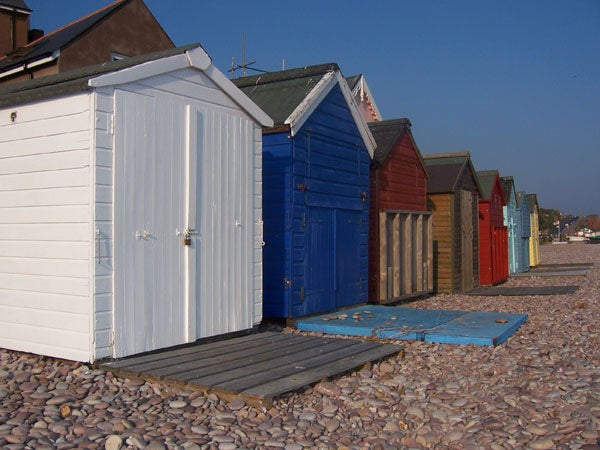 There is just a hint of purple fringing around the white highlights of the hut on the left, but it’s hardly noticeable.