Not so very long ago, an 8.1-megapixel, 3x optical zoom camera with a 2.7-inch LCD monitor, an all-metal body and mechanical image stabilisation would have cost you around £300. However the digital camera market is a fast-moving place, and so here we have the Kodak EasyShare M893 IS, which offers all of the features listed above for just £79.99. But is it really the bargain it appears to be, or have corners been cut to save money? 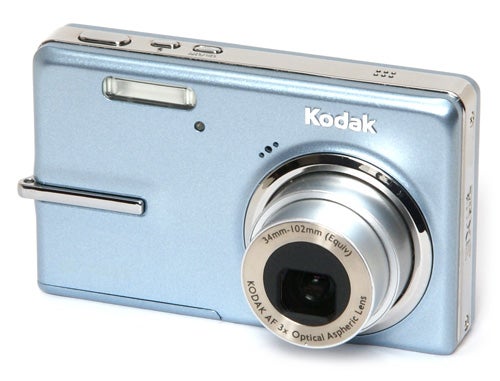 The M893 IS is a fairly unremarkable looking camera. In overall shape and style it looks a lot like a Pentax Optio S model from about three years ago. The body is a plain rectangular box with rounded corners, with a metallic finish and chrome details. It is available in silver, black, red or the powder blue of my review sample. Although the design does look a bit dated it’s not an unattractive camera, and measuring 92 × 56.5 × 22.7mm it is small enough to slip unobtrusively into a shirt pocket. The M893 is very light even for its small size, weighing just 117g minus card and battery, or about 135g ready to shoot.


The overall build quality isn’t too bad, but the low weight does make the M893 feel a bit flimsy. The body is aluminium, but it feels very thin and the body does creak a bit if given a good squeeze. The control layout isn’t too brilliant either. In order to make room for the big 2.7-inch monitor the rear panel controls are very small and fiddly and are squashed into a small space, leaving little room to grip the camera when shooting. The menu, playback and delete buttons are tiny, and all the controls are labelled in pale grey on a light blue background, which is unsurprisingly almost impossible to see. The D-pad is very stiff and clunky, the mode dial is too loose and easy to jog, and none of the controls feel particularly solidly mounted. 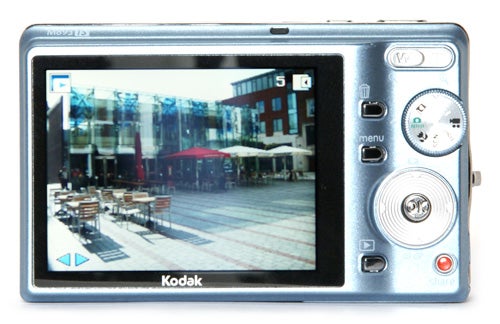 The LCD monitor is large, and with 230k dots it is sharp enough, but it has a slow refresh rate and its angle of view is somewhat restricted, at least in one direction. For some reason it seems to have been put on upside down, because if you hold the camera over your head to shoot over a crowd, the screen view fades to black, while if you hold it below your eye level you can see it just fine. The screen also isn’t terribly bright, making it difficult to see in bright sunlight.

While the external features may leave a lot to be desired, internally at least the M893 offers some sophistication. The key feature is of course its image stabilisation system. Unlike a lot of budget cameras which offer only electronic stabilisation or a high-ISO mode, this is a genuine mechanical sensor-shift stabilisation system. You can tell it’s mechanical because you can hear it buzzing away whenever you go to take a shot. In fact if you leave it set on the default continuous mode it sounds like there’s a small but angry wasp trapped inside the camera. The IS system works reasonably well, providing about two stops of extra low-speed stability, not a world-beating performance, but it’s not bad for £80. 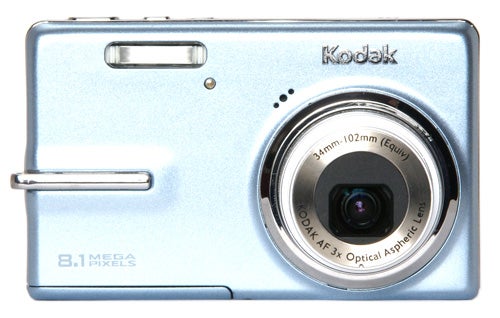 In terms of shooting features the M893 is about average. It offers a fully automatic setting, 18 scene modes, a high-ISO setting that is best avoided and a movie mode. It’s worth noting that although the official website prominently displays the ‘HD’ logo, that doesn’t refer to video shooting. All it means is that the camera can play back still images in the 16:9 ratio 1920 x 1080 high-def screen format. Since this is only about 2.1 megapixels anyway it’s really nothing that special. The camera also requires the optional EasyShare HDTV dock in order to connect to a HD television, an accessory which costs around £60.


The M893 also offers a few other features that would have been called “advanced” last year, including face detection, which unfortunately works like last year’s model too. It only detects faces reliably in good light and won’t detect any that aren’t looking straight at the camera. It is also stumped by beards, sunglasses or strong shadows. The camera also has Kodak’s trademark Share button, which allows quick tagging of images for printing, emailing or adding to the Favourites folder. It’s not massively useful unless you also have an EasyShare printer dock, and even then it’s no different to any other playback mode menu. 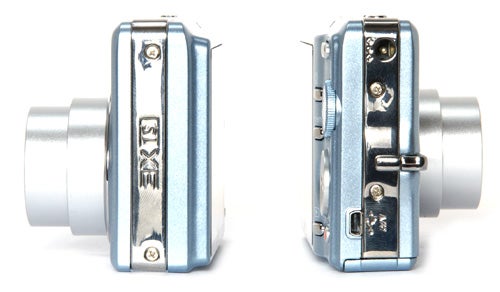 Talking of menus, this is one of the M893’s other weak spots. The main menu is confusingly laid out with essentials like ISO setting and metering mode relegated to the second page while little-used functions such as date stamp and long exposure are on the first page. It is also very slow to operate and the menu navigation D-pad is stiff and unresponsive. It just feels generally cheap and nasty.

The biggest surprise with the M893 is that in terms of overall performance it’s actually pretty good. It starts up surprisingly quickly, although it seems slower because of its annoying habit of telling you what mode you’re in and what it’s supposed to be used for. Fortunately tapping the shutter button makes this go away and the camera is actually ready to shoot in just 2.5 seconds, which isn’t bad at all. It shuts down again in about the same time. 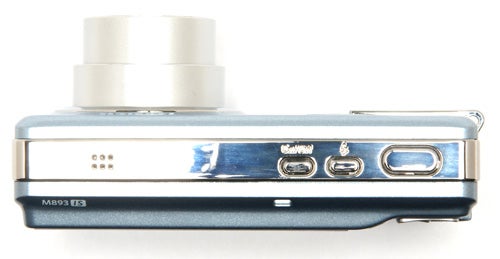 The shot-to-shot time in single shot mode is also surprisingly good, since it is able to maintain a shot every two seconds apparently until the card is full. Strangely, given this impressive performance, the M893 doesn’t have a full continuous shooting mode, but in the three-shot burst mode it can take three frames in four seconds.


Naturally with such a cheap camera there are a few rough spots, and unfortunately the autofocus system is one of them. It is quite slow even in good light, and in even slightly low light it won’t focus at all. I’m talking about light you can read by here, so there’s no real excuse. There’s also no AF assist lamp. The auto exposure system also has a problem with low light, mainly because the slowest shutter speed in normal shooting is only 1/8th of a second. There is a long-exposure mode that manually set shutter speeds of up to four seconds, but this disables any manual ISO setting, and also takes several seconds to take the picture for some reason.


Picture quality has its good and bad points. The overall level of detail from the 8.1MP sensor is actually pretty good, but the image quality is reduced by over-compression, inconsistent auto white balance and very poor lens quality. Despite its restricted focal length range the lens produces significant barrel distortion, the edges of the frame are badly blurred, and it suffers from a lot of chromatic aberration. 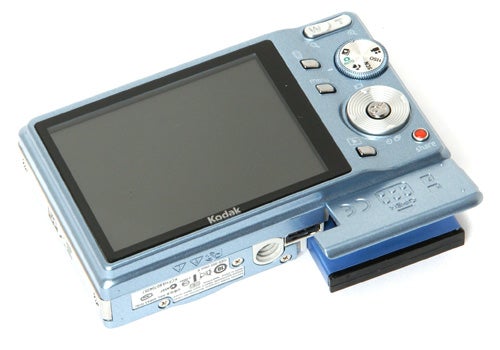 Noise control is also very poor, with visible image noise even at the minimum setting of 80 ISO. By the key milestone of 400 ISO the image quality is so poor as to be virtually unusable, and higher settings are of course even worse. About the only things the M893 has going for it are good colour reproduction in daylight, and reasonably good dynamic range in high contrast shots.

Priced at just £80 the Kodak M893 IS stands out among other very cheap digital cameras because of its mechanical image stabilisation, but in most other respects you get what you pay for. Overall build quality and design are of a rather low standard, and while start-up and single-shot speeds are adequate, other aspects of the performance are quite poor, especially autofocus and low light capability. Poor image quality and serious noise problems are the final nails in the coffin. When you can get much better cameras for only £20-30 more, why spend £80 on something you won’t enjoy using? 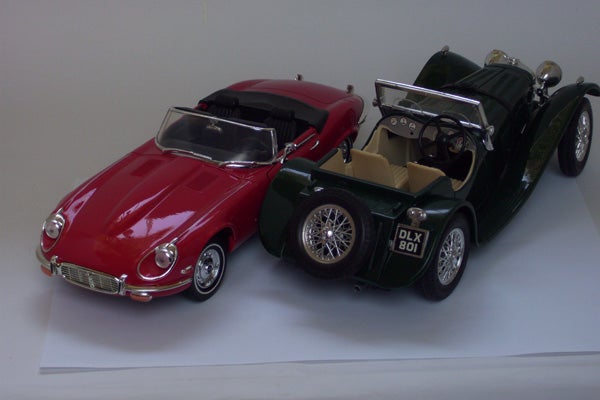 This is the full frame at 80 ISO. It’s very dark because the M893’s poor minimum shutter speed caused it to be under-exposed. 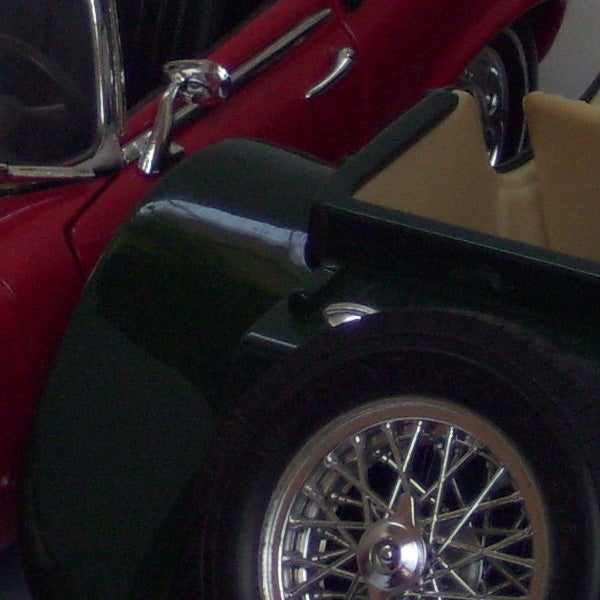 Despite the under-exposure you can see that even at 80 ISO the picture has lots of image noise. 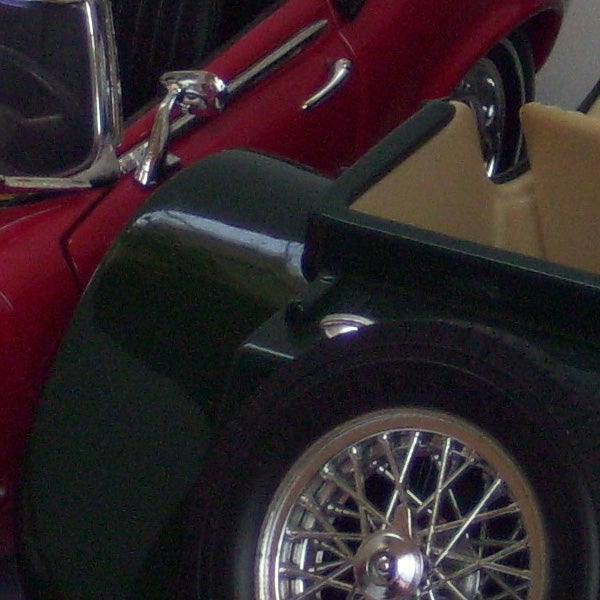 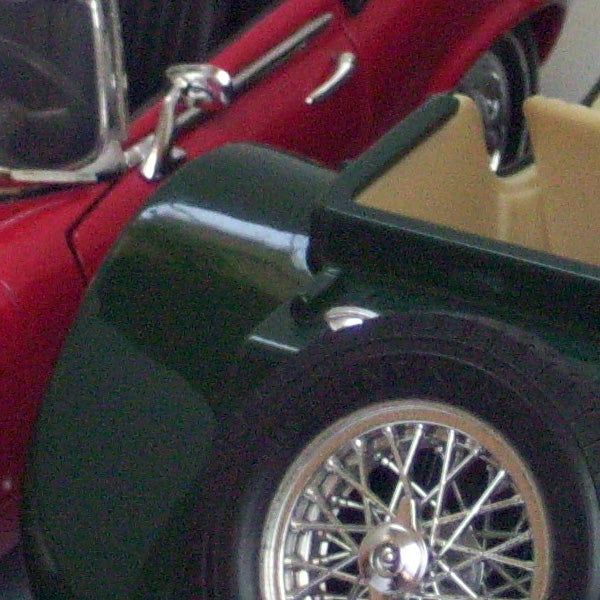 The exposure’s more or less correct at 200 ISO, but the image noise problems are even worse. 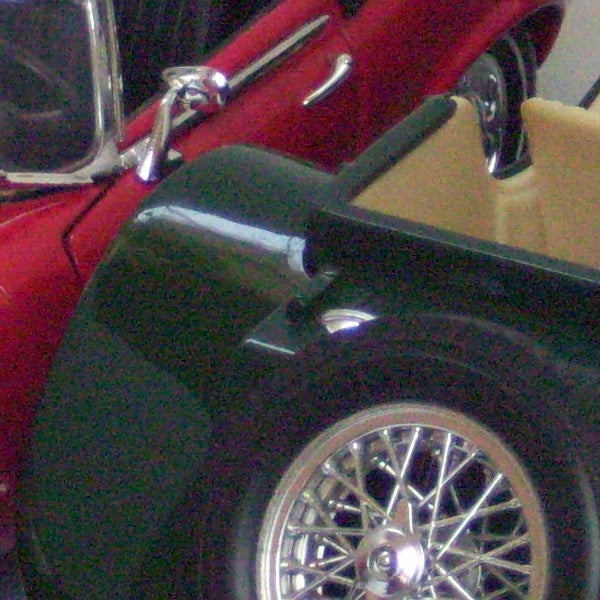 This is at 400 ISO. Image noise has removed most of the fine detail and colour reproduction is also affected. 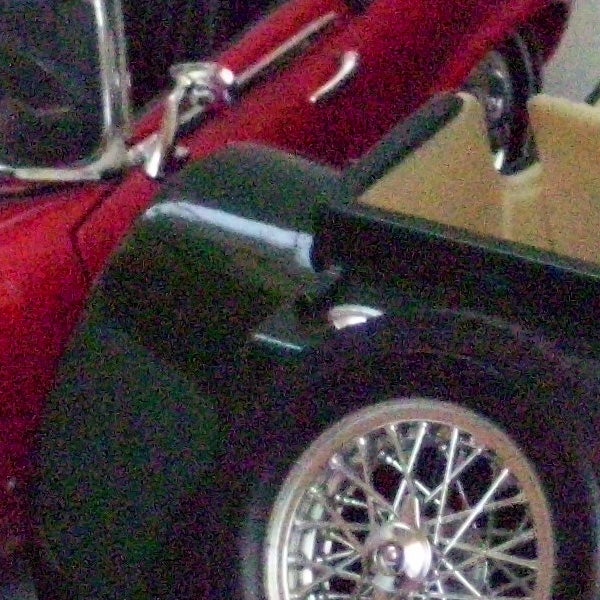 Very poor image quality at 800 ISO. This wouldn’t even look OK on a small print. 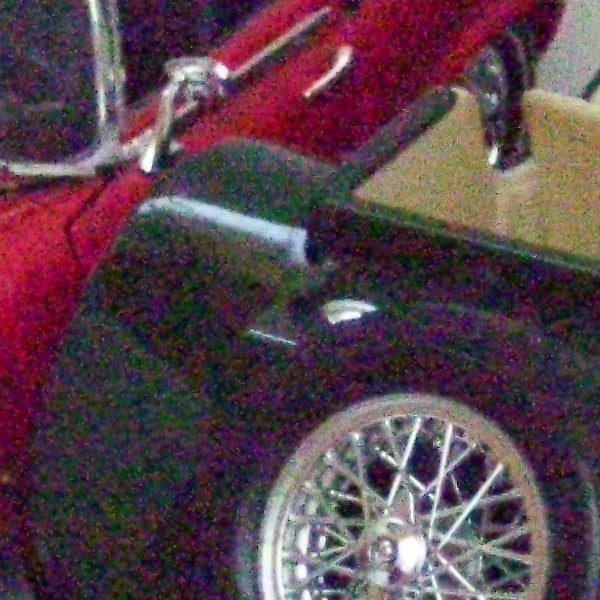 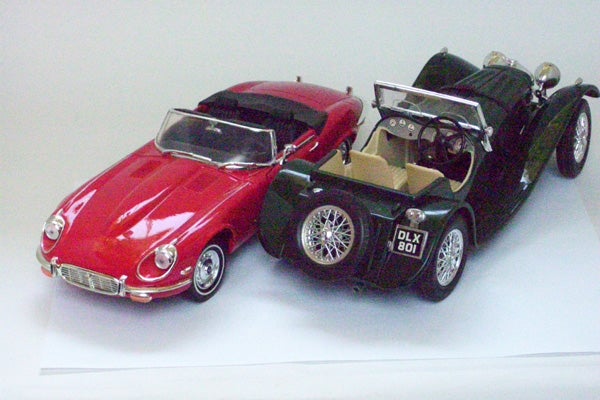 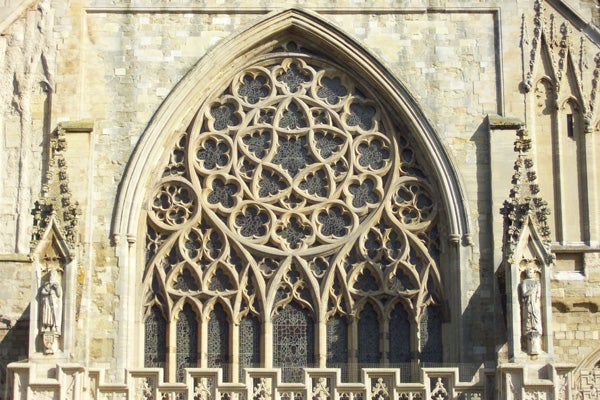 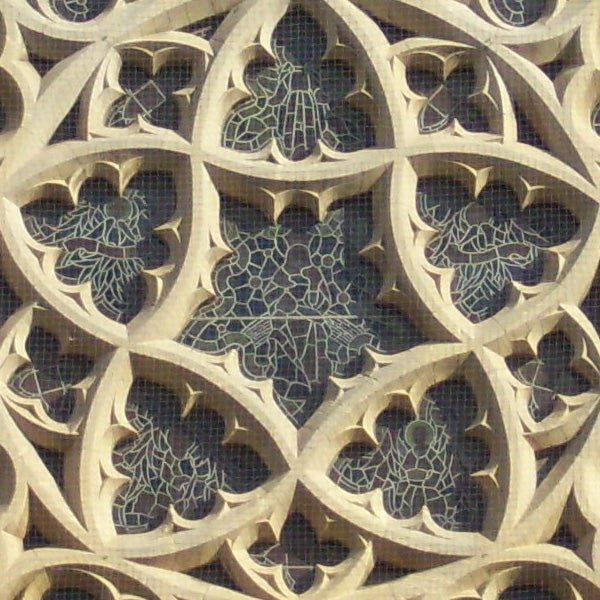 The actual level of recorded detail is pretty good, but over compression and poor lens quality spoil the show. 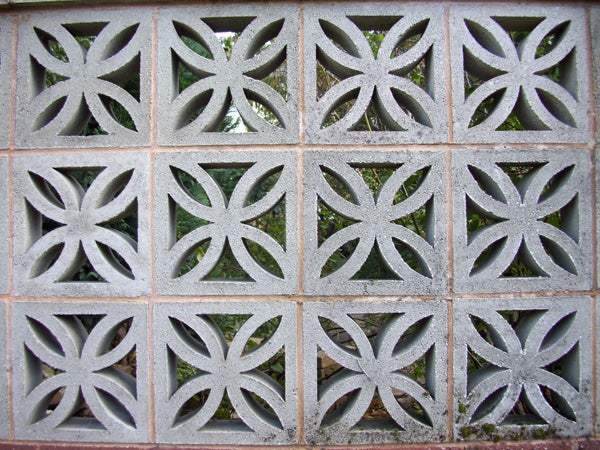 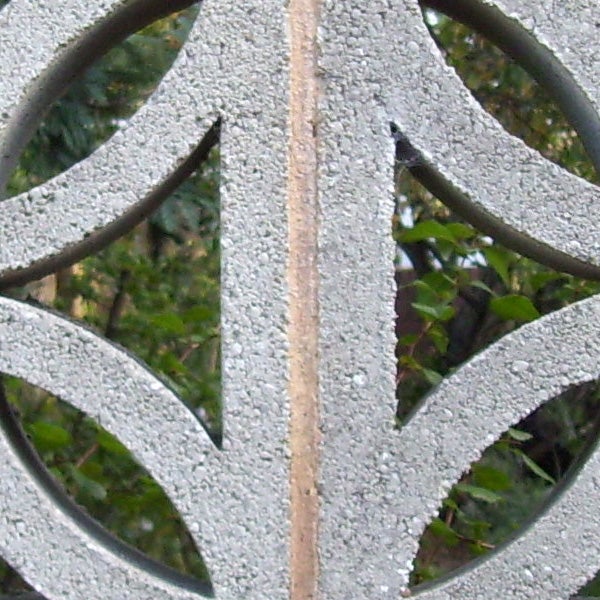 Centre sharpness is not terribly good. 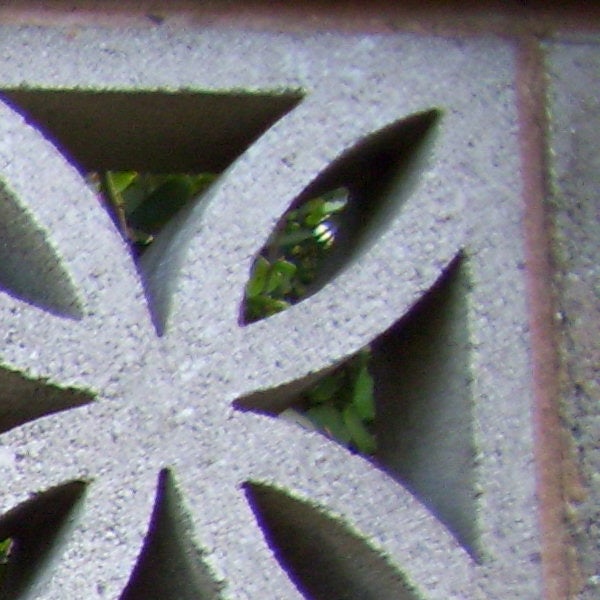 Corner sharpness is terrible, with lots of chromatic aberration. 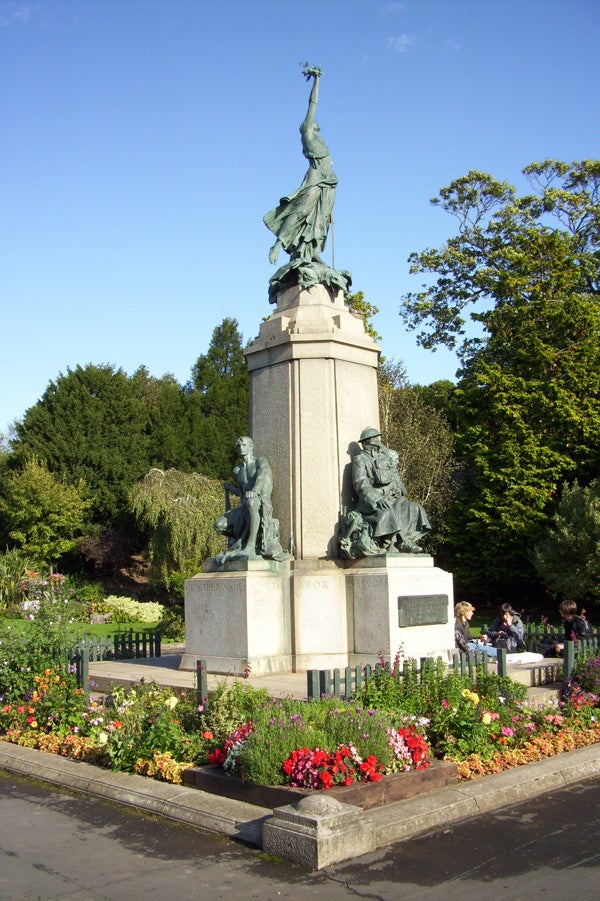 The wide angle end is equivalent to 34mm. 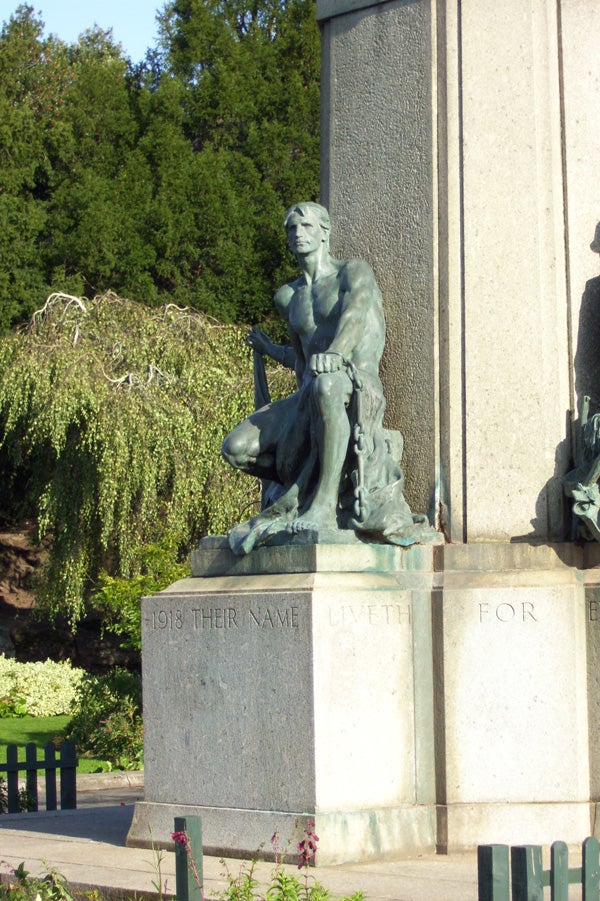 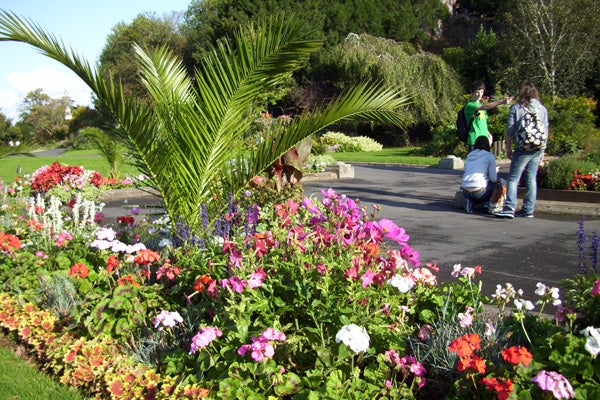 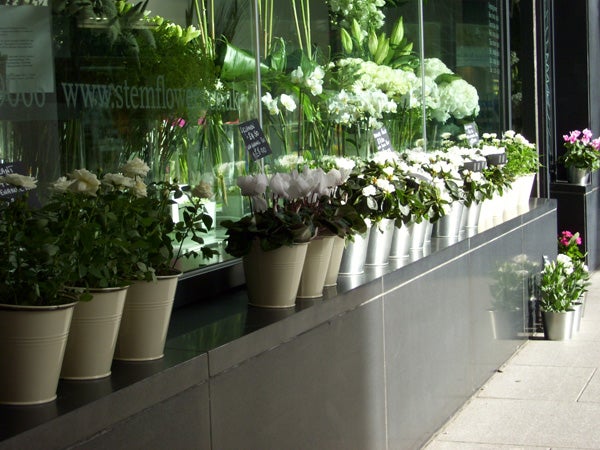 The 8.1MP 1/2.5-in sensor produces quite good dynamic range.