Earlier this year, Kodak announced that it would be pulling out of the low-end camera market, and has already pulled out of the digital SLR market, which presumably means the company will be concentrating it’s efforts on its excellent super-zoom cameras, its somewhat less impressive high-end compacts, and its ultra-slim style cameras, such as this EasyShare M873. 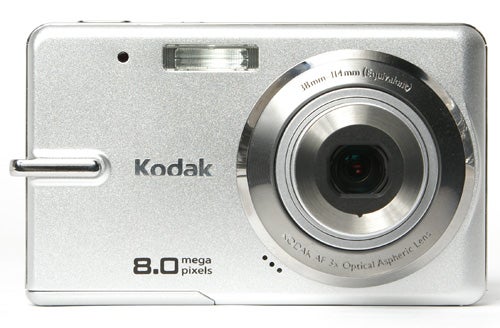 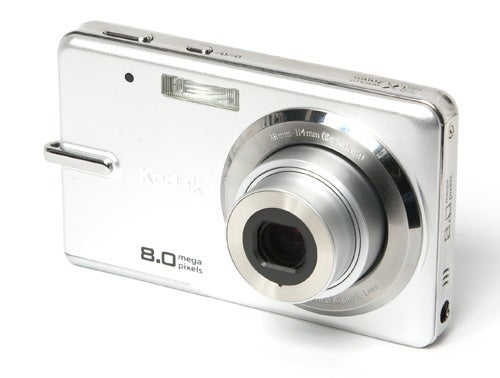 The initial impression is certainly good. There’s no denying that the M873 is a nice looking camera, and one of the slimmest on the market (although it’s actually 22mm thick, not the 17.9mm claimed in the online spec sheet). It has an all-metal aluminium body with a nice brushed finish and chrome highlights. The overall build quality is quite good and the camera feels a lot more expensive than it actually is. There are a couple of worries though, in particular the flimsy plastic-hinged card/battery hatch and the off-centre plastic tripod bush, both of which could succumb to wear and tear.

The control layout is a bit fiddly, a perennial problem with ultra-compact cameras, although to be fair it’s no more fiddly than some of its competitors, and at least the buttons have a nice soft but positive click to them. However the lack of any sort of thumb grip and the position of the buttons on the back panel do make the camera a bit awkward to hold. The shiny-on-slightly-less-shiny labelling of the D-pad is a bit hard to see in dim light, but other than that there are no major problems with the controls. Apart form its position, the zoom control is actually quite good, with a lot of fine control for accurate framing. The zoom action appears to be continuous rather than stepped, so it is possible to move it to any position with a bit of careful operation. The menu system is quite nice, with a single button bringing up a simple, easy-to-read three-page menu, although the actual arrangement of options between the pages seems a bit arbitrary. Exposure compensation, picture size and colour mode are on the first page as you’d expect, but so is the long-time exposure control and digital zoom, while more useful functions such as white balance, exposure metering mode and ISO setting are relegated to the second page. It only means a couple of extra button presses, but it is a bit of a pain nonetheless. 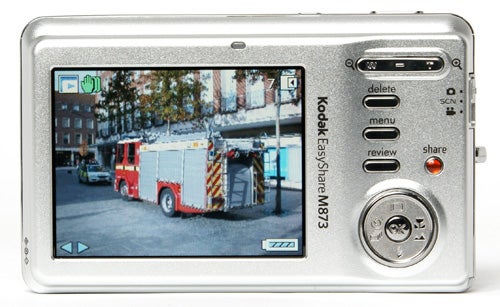 The camera has a small three-position switch positioned on the right-hand side to select the basic shooting modes; either fully automatic, scene mode or video mode. The scene mode has 20 options, covering all of the usual basics such portrait, night portrait, landscape, sport, snow, beach, fireworks, panorama stitching etcetera. The only slightly unusual option is a panning shot mode, which presumably sets a slightly slow shutter speed. There is also a “Digital Image Stabilisation” mode, but as far as I can determine it doesn’t actually involve any actual stabilisation, instead as many similarly-named features do it simply boosts the ISO setting to produce a faster shutter speed, with the increase in image noise this usually entails. 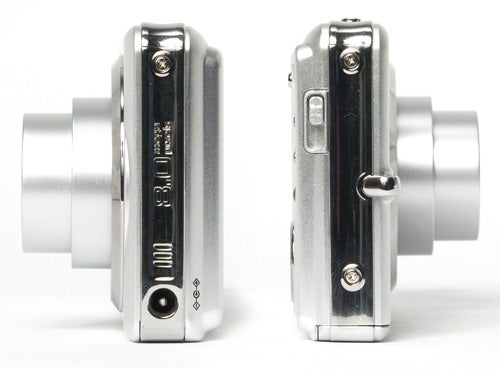 The video mode is typical for a recent camera, in that it shoots at 640 x 480 resolution and 30fps, with mono sound and optional electronic image stabilisation. Also typically, the optical zoom cannot be used while filming. Video clips are limited to 80 minutes, but since a 1GB memory card only provides enough storage for 18 minutes of shooting this is largely academic. The flash is also fairly average, with a range of 3.7m at ISO 400, although frame coverage is good, and it recharges in about five seconds so it doesn’t slow shooting too drastically.

The M873’s overall performance is reasonable, if not exactly sparkling. It starts up in just over three seconds, which is a little on the slow side by recent standards, and shot-to-shot cycle time in single-shot mode is also a bit slow at an average of 4.3 seconds over ten shots, or 5.2 seconds if the flash is used for every shot. In continuous shooting mode it can shoot at a rate of one frame every 1.1 seconds, but only for four frames before it has to pause to empty the buffer. However this is sequential, so the camera is ready to take another shot in about four seconds. The AF system is quick enough in good light, and appears to be reliably accurate, but it doesn’t like low light conditions. It copes adequately in a large room lit with a 60W bulb, but refused to focus at all at lower levels of illumination, and has no AF assist lamp. Kodak makes no particular claims about battery life, but the camera is powered by a fairly small 710mAh Li-ion rechargeable. I took about 100 shots, many with the flash, and the battery level meter was still reading three out of four bars, so it seems to hold up pretty well.

Unfortunately the M873 falls down badly in the crucial area of image quality, and for several reasons. While the exposure metering was generally accurate, I was surprised to find that colour rendition, usually a Kodak strong point, was actually rather poor. Colours lacked saturation and looked very drab and washed-out, and I found image noise in the shadow areas of almost every shot, even at the lowest sensitivity setting of ISO 64. At higher ISO settings the image quality deteriorated even further, and pictures at 400 ISO were very poor. At 800 and the maximum of 1600 the images were pretty much unusable, with distorted colour and loss of fine detail. On some low ISO shots the effects of heavy-handed noise reduction and over-processing made the pictures look blotchy and unnatural, and the level of fine detail was much lower than I would have expected from an 8MP camera. The quality is not helped by the lens either, which is of shockingly poor quality. It suffers from major barrel distortion at wide angle, as well as very poor sharpness away from the centre of the frame, and significant chromatic aberration over a large area of the frame. 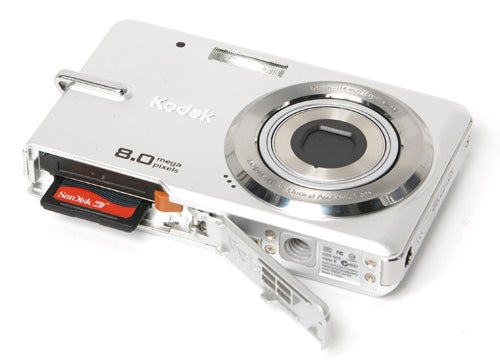 While the Kodak EasyShare M873 is unquestionably a very attractive camera, with good build quality and finish, and is certainly priced to sell, it really doesn’t compare well with ultra-compact cameras from other manufacturers. The lacklustre performance and poor low light ability are serious handicaps, but the very poor image quality is what really kills it. If you’re looking for an ultra-compact camera, save up for a little longer and get something else instead. 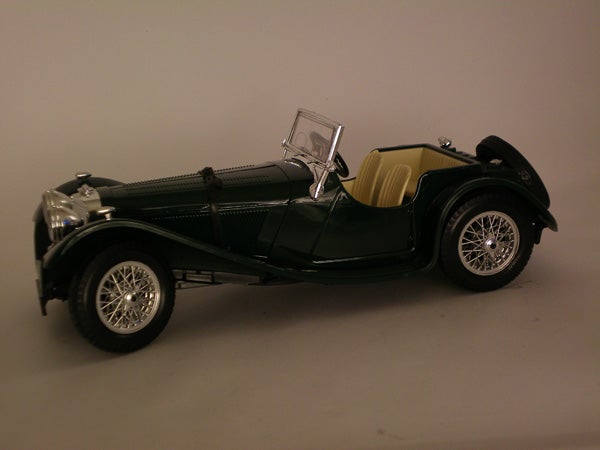 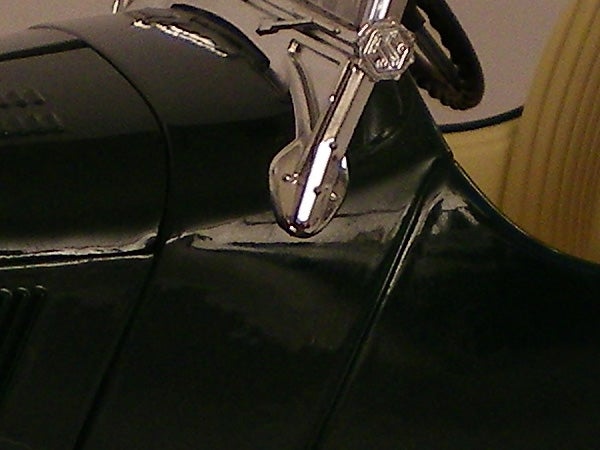 Even at the lowest ISO setting of 64 there is image noise visible in this shot. 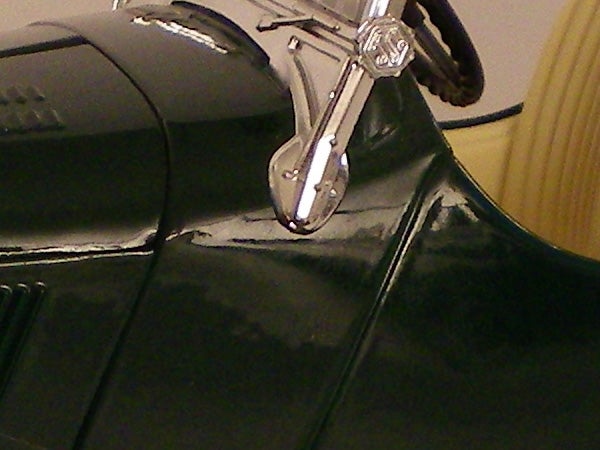 At 100 ISO there is distinct colour mottling in the mid-tone areas of this shot. 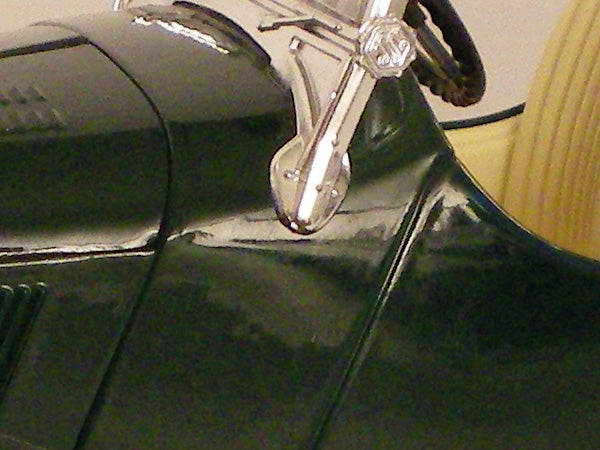 The colour distortion has spread right across the image at 200 ISO. 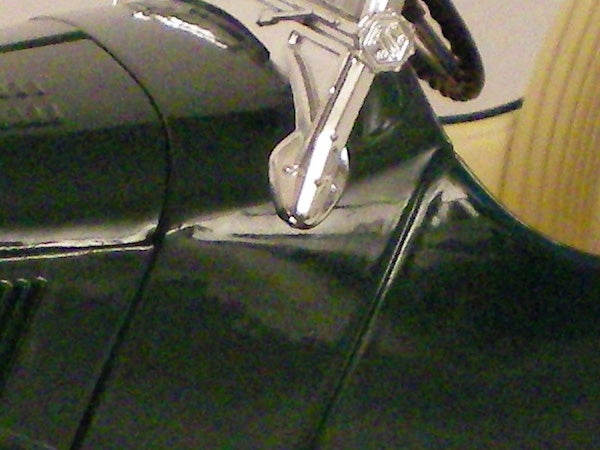 400 ISO and the image quality is really suffering, with the already low level of detail reduced even further. 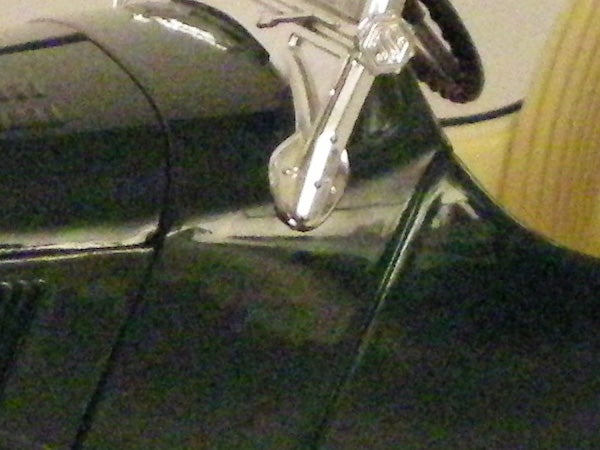 At 800 ISO the colour rendition is awful, and the image noise is very serious. 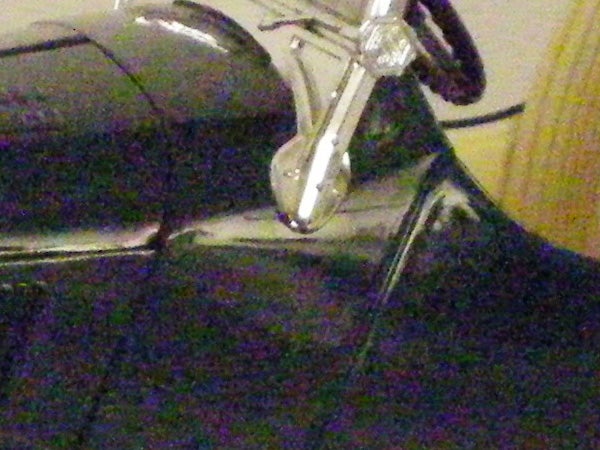 At 1600 ISO the image quality speaks for itself. 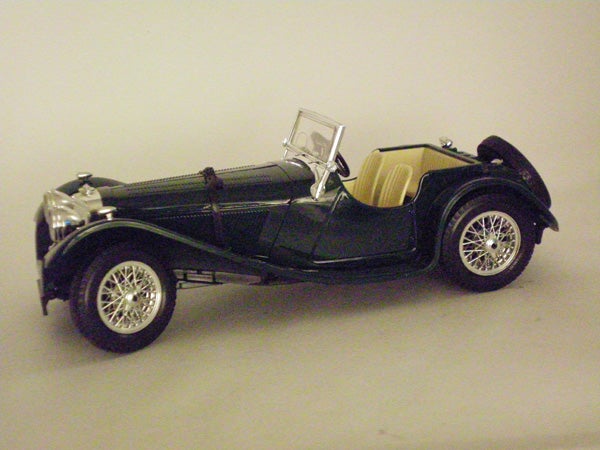 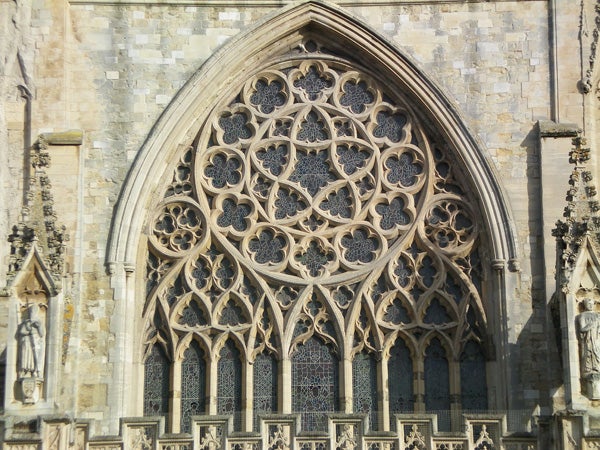 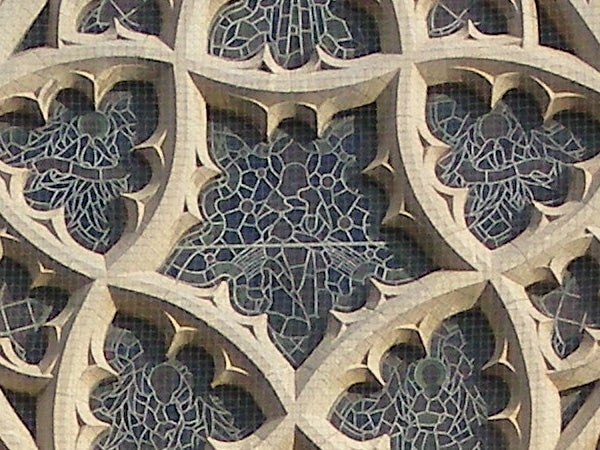 The level of fine detail is very low for an 8MP camera. I’ve seen 5MP models that do better than this.


I must apologise for the late posting of these next three pictures. I re-shot my usual distortion test, because I thought that I must have moved the camera while shooting, or possibly used the wrong setting, but in fact the image quality really is that bad. 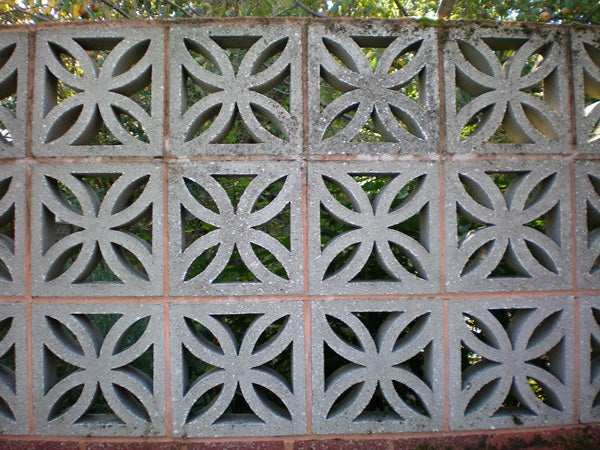 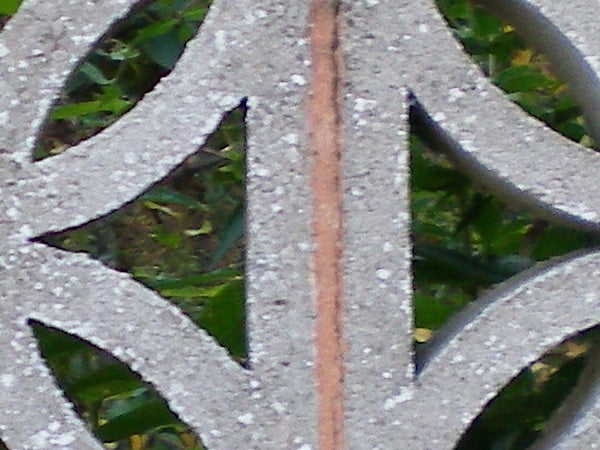 This was taken with the camera mounted on a tripod, and using the self-timer to ensure no camera shake. You can see now why I went out this morning and re-shot it. The level of detail and sharpness at the centre of the frame is appalling. 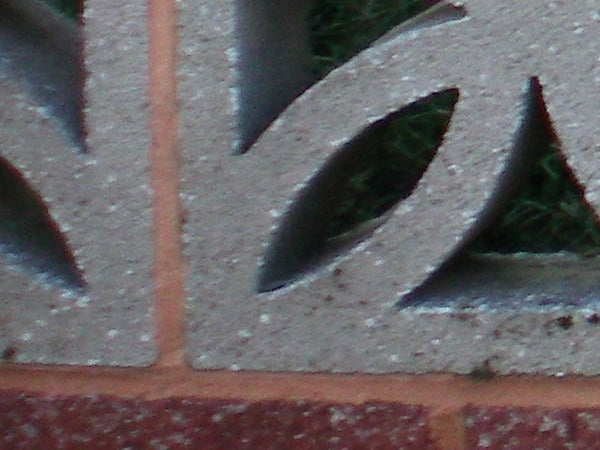 At the edges of the frame the image quality is even worse, with severe distortion, chromatic aberration and major blurring. Worse still, this was the sharpest corner. 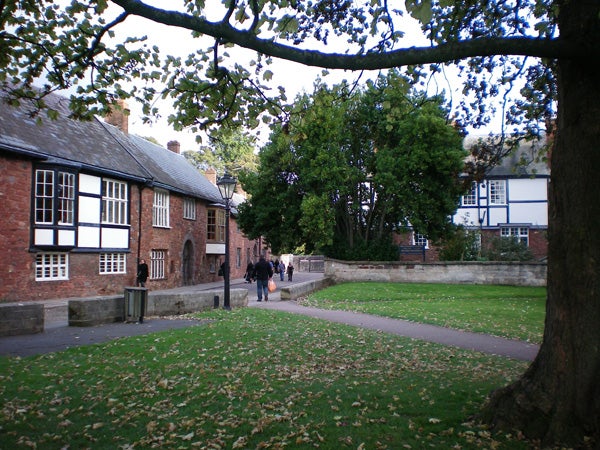 This was taken at the wide-angle setting, equivalent to 38mm. If you click to see the full-size version, you’ll notice the poor sharpness away from the centre of the frame, and the chromatic aberration. 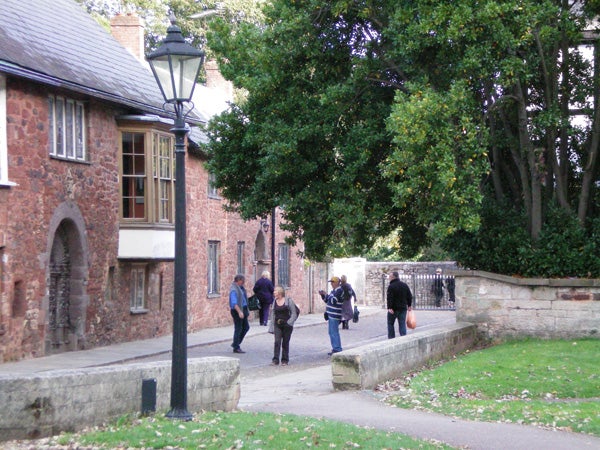 This was taken from the same position using the telephoto end of the zoom, equivalent to 114mm. 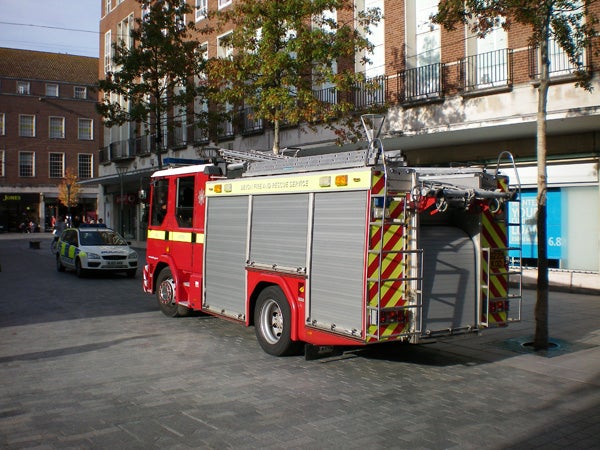 The colours in this shot look very flat, which is unusual for a Kodak camera. 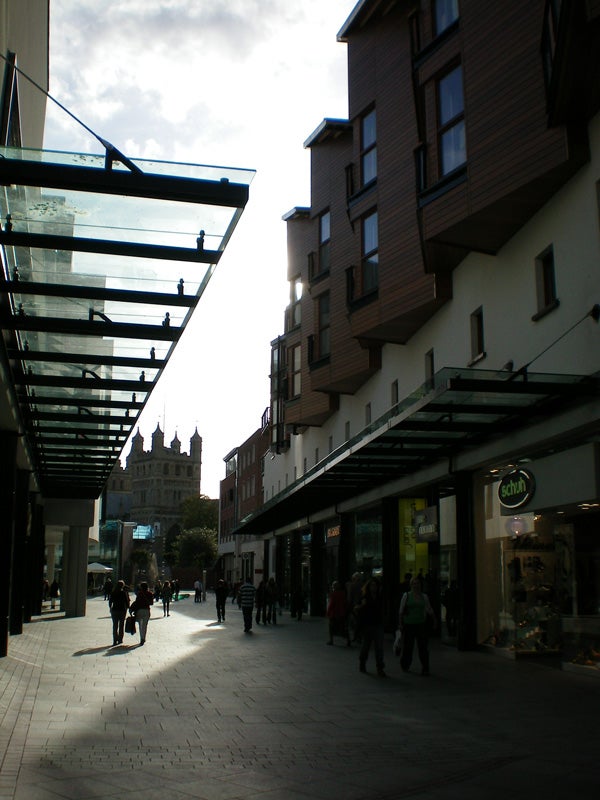 The shadows in this high-contrast shot are very murky, with a lot of image noise.