Despite the fact that it was one of the pioneers of digital photography, co-producing the world’s first digital SLR as long ago as 1994, it always seemed to me that up until around 2002 Kodak appeared not to be taking consumer digital photography at all seriously.


Corporate policy seemed to be that digital was a passing fad, and that people would eventually come back to film photography. What non-professional digital cameras Kodak did make at the time were low-grade plastic toys compared to the products being sold by rival companies. 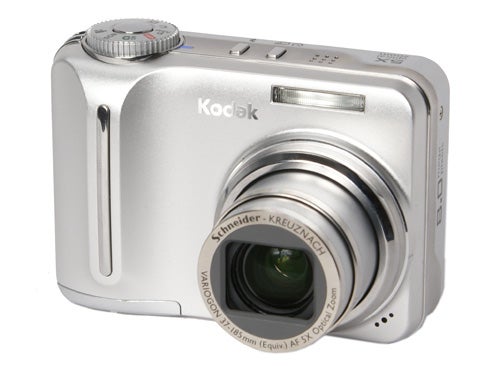 However some time around 2002, coinciding with the launch of the first of its LS-series of stylish compacts, there seemed to be a major change in the Kodak philosophy. From then onward it embraced digital photography, even ceasing production of all its film cameras, while its digital cameras steadily improved in quality.


The Kodak camera range now consists of 21 models divided between four different series. There is the high-performance P series including the excellent P712, six models in the stylish V series, three super-zoom models in the Z series, and no less than ten models in the point-and-shoot C series. At the top of the C series is this, the C875. 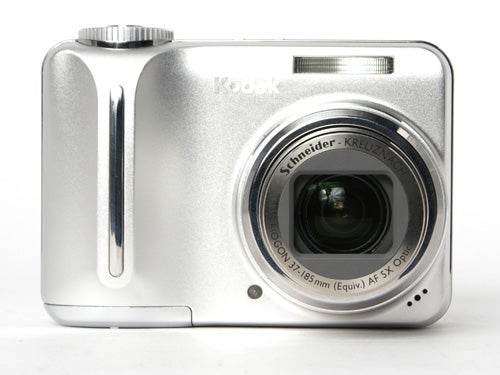 This is a deceptive camera. At first glance it looks like any other point-and-shoot zoom compact, but that simple appearance disguises what is actually a surprisingly high-spec device. It has a strong all-metal body with a good ergonomic design, an 8-megapixel CCD, a decently fast f2.8 – f/4.4 Schneider-Kreuznach Variogon 5x zoom lens with a focal length equivalent to 37 – 185mm, a high resolution 2.5in LCD monitor and a full range of manual exposure controls. In fact if you look around there isn’t another camera on the market that can match it. The closest equivalent is probably the Canon PowerShot A630, but that is made of plastic and only has a 4x zoom lens. It also costs around £170, while the C875 is widely available for under £125.

Despite this bargain price, very few corners seem to have been cut in the C875’s design. Build quality is of a very high standard, and the camera feels strong and solid. It’s quite a large camera by compact standards, measuring 90.5 × 63 × 36.6mm, and weighing around 225g including two AA batteries it feels quite heavy as well. This bulk, and the handgrip sculpted into the front panel makes it a very comfortable camera to hold, and the position of the controls on the rear panel leaves plenty of room for your thumb. 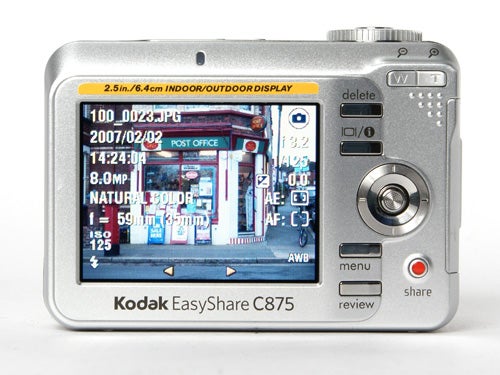 The control layout is nice and simple. The main shooting modes are controlled via a large dial on the top plate with the shutter button at its centre. As well as “off” there are six settings on this dial. The standard full-auto mode turns the camera into a simple point-and-shoot snapshot camera, with limited manual control. ISO, white balance, metering and AF mode are all set to automatic or default settings, and only picture size, flash mode, self timer and burst mode can be manually altered.


Alternatively the camera can be set to PASM mode, which opens up a wide range of manual options. Program, aperture priority or shutter priority exposure can be quickly selected via on-screen controls, and adjusting the exposure values is also very simple. ISO (64-800) can be manually adjusted using the same on-screen one-touch system. Menu options in PASM mode include white balance, exposure bracketing, three metering options (multi-pattern, centre-weighted and spot), multi-zone or centre-zone AF in either continuous or single mode, a range of colour options including high and low saturation, sepia and monochrome, and three sharpness settings. 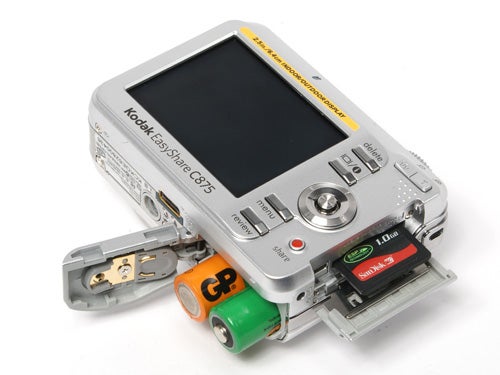 Other settings on the main dial include a scene mode with 21 options, although they are all fairly standard, and a decent movie mode offering the standard 640 x 480 resolution at 30 frames per second with mono audio. Commendably the zoom lens can be used while recording video, although the sound of the zoom motor can be clearly heard on the soundtrack.


The C875 isn’t exactly a semi-pro camera, but it offers a wider range of creative control than most compacts, and more than anything I can think of for the same price.

One area where the C875 does fall down slightly is in overall performance. It takes nearly four seconds to start up, which is very slow by recent standards, and takes around two seconds to shut down again. It also takes about anther three seconds for the flash to charge up.


The first-capture burst mode isn’t too bad, shooting five frames in three seconds, while the last-capture mode fires at the same rate but only saves the last four frames. The flash cannot be used in either of these modes.


The AF system is reasonably quick in good light, and in multi-zone mode it is very accurate, but it slows down noticeably in lower light levels. In very low light it frequently fails completely, despite the presence of a very bright but seemingly ineffective AF illuminator. 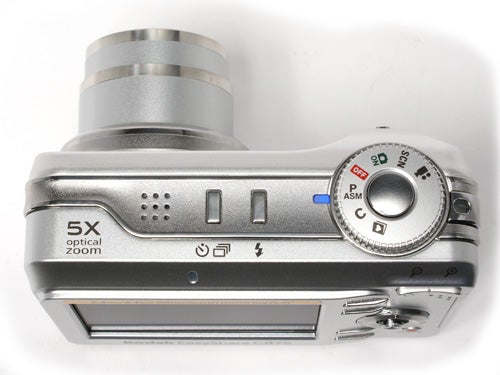 The flash is also rather hit-and-miss. Although frame coverage is good, and exposure at around 1.5-2.0m is generally good, it falls somewhat short of its claimed 4.1m wide-angle range, and at close range it over-exposes badly.


Image quality is very good, thanks to the 1/1.8in, 8.0MP sensor and an excellent Schneider-Kreuznach lens. Photographs have very good fine detail resolution and edge-to-edge sharpness, although barrel distortion at the wide-angle end is quite noticeable. Corner sharpness is good and there is minimal purple fringing or chromatic aberration. Exposure was usually accurate under normal conditions, although the limited range of aperture and shutter speeds did mean that some shots in low light were under-exposed. Kodak cameras have always had outstanding colour reproduction, and the C875 is no exception, with an extremely good natural look. 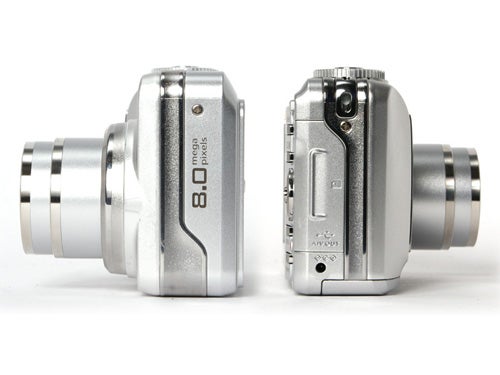 Noise control is also very good. The C875 has a maximum ISO setting of 800, and even at this setting noise is kept to a minimum, although at the cost of some contrast and detail. At speeds of 400 and lower noise was virtually eliminated and the pictures were sharp and well detailed.


Although the EasyShare C875 is a bit slow and clunky at times, and rather large and heavy for a pocket compact, you’d have a hard job finding a more versatile camera for the same price. Poor low light focusing and flash performance limit its usefulness in social situations, but overall image quality and especially high-ISO performance are very good. 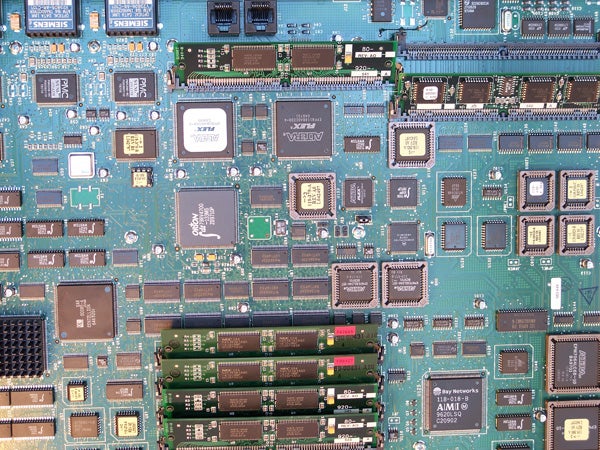 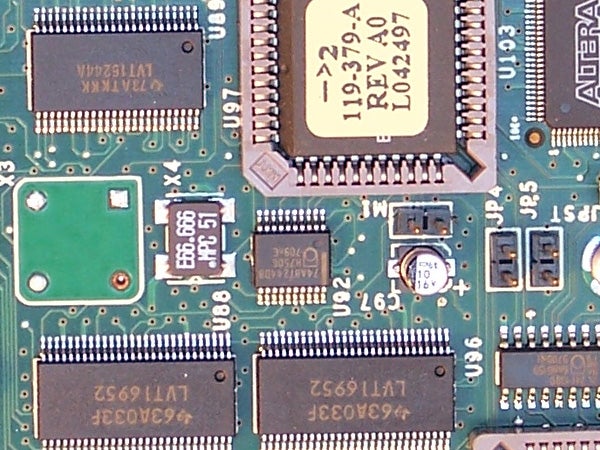 At the minimum ISO setting, the picture is clean and sharp with an excellent level of fine detail. 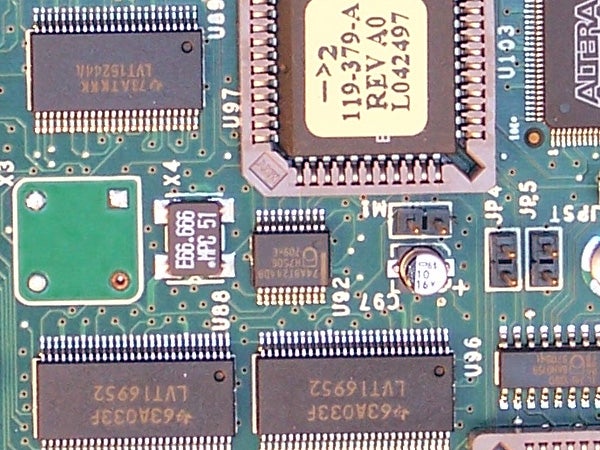 At 100 ISO there is virtually no difference between this shot and the previous one. 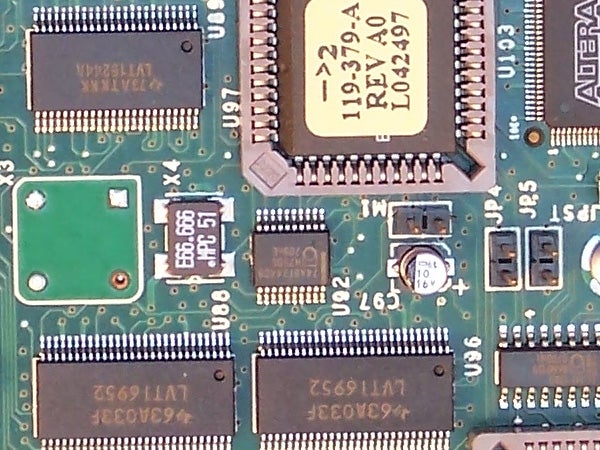 At 200 ISO some very fine detail has been lost, but the picture is still very good with no visible noise 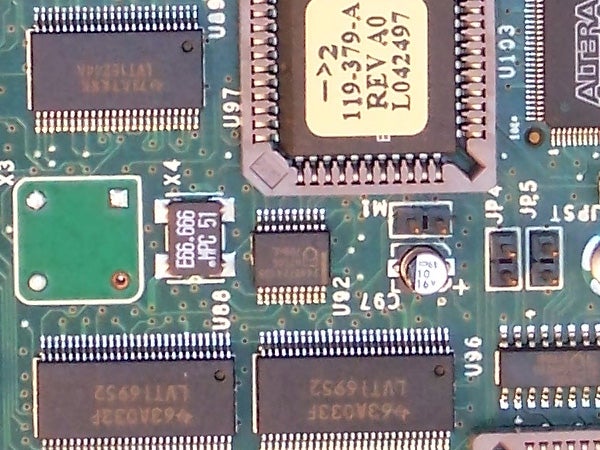 There is a slight reduction in contrast, and still more fine detail has been sacrificed, but at 400 ISO this image is still free from visible noise and would make a good large print. 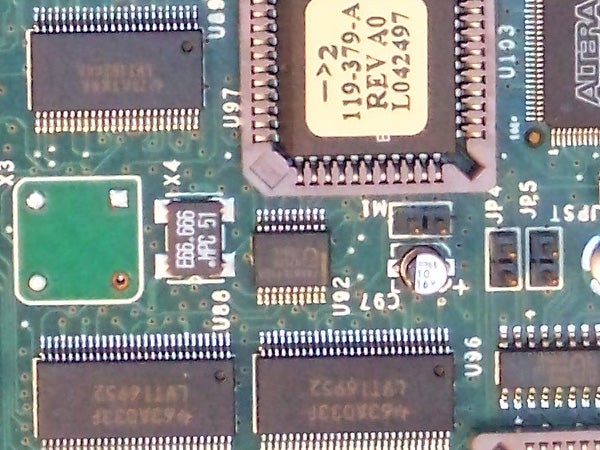 At 800 ISO the picture quality has been reduced still further, and there are some artefacts produced by the noise reduction process, but there is still very little noise and the picture is still printable. 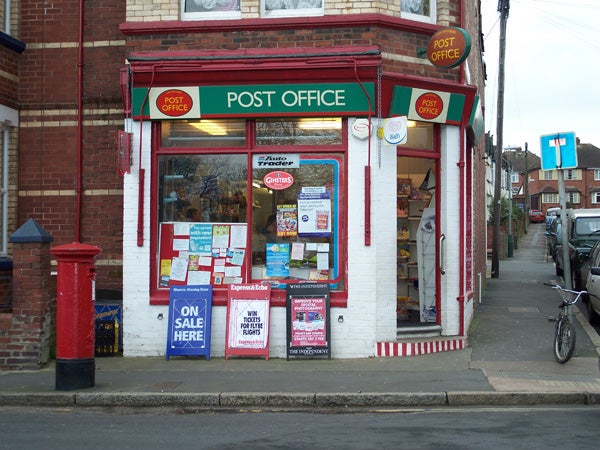 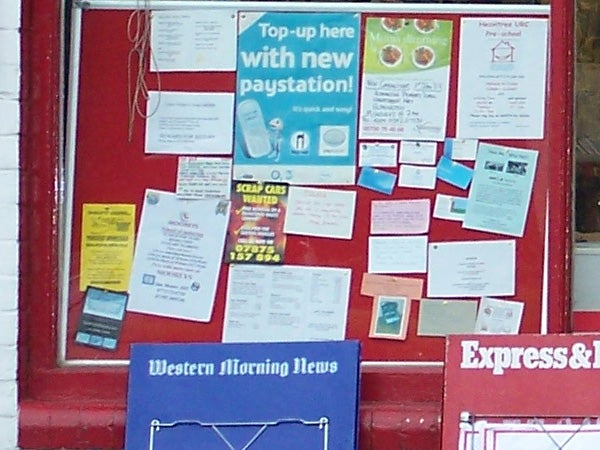 This is a 100 percent crop from the above image so you can judge the level of detail in a typical snap. As you can see it’s very good 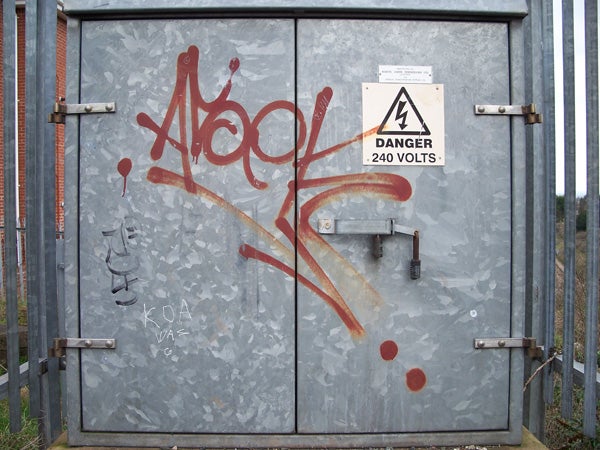 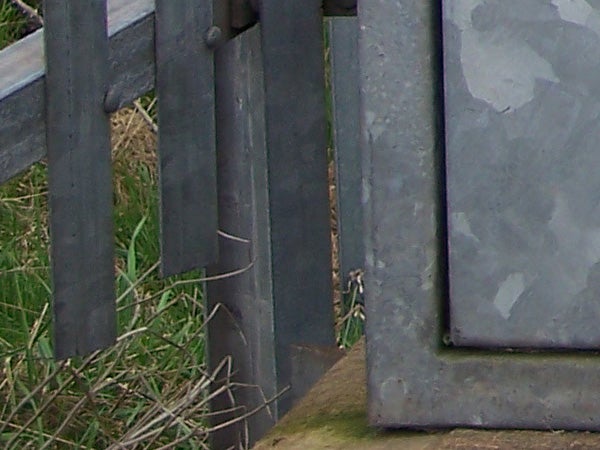 Edge and corner sharpness are good though, and there is little visible colour fringing or chromatic aberration 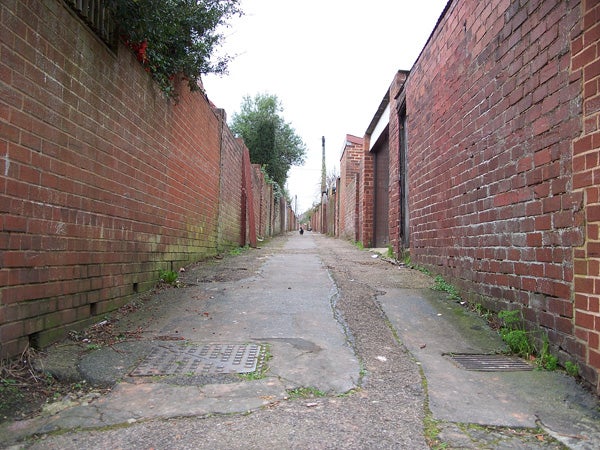 The wide angle end of the zoom range is equivalent to 37mm, not really wide enough for good panoramic shots 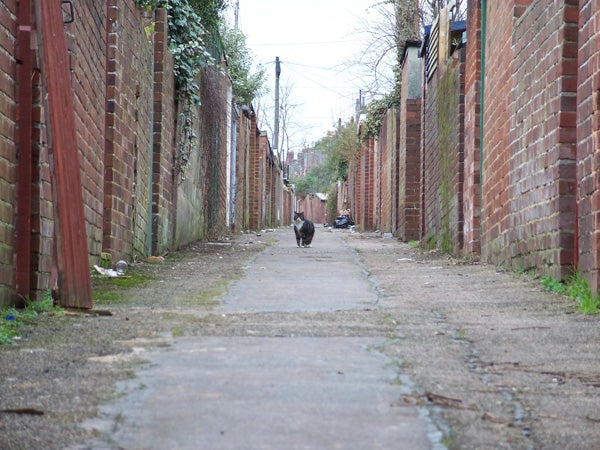 This was taken from the same position as the shot above. The telephoto end of the zoom is equivalent to 135mm, which is very cool for cats 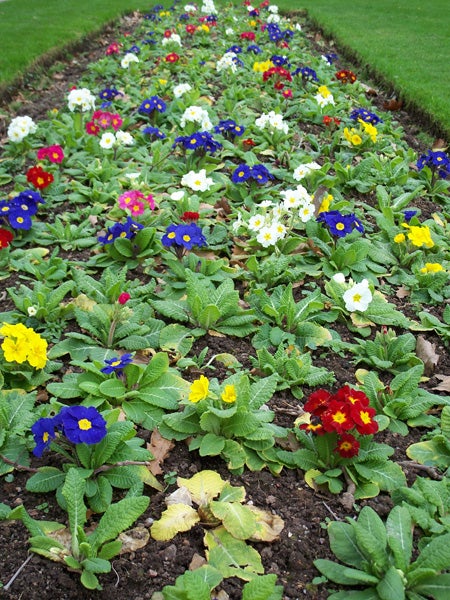 Has anyone else noticed that it appears to be spring already? There are bright colourful flowers out in February 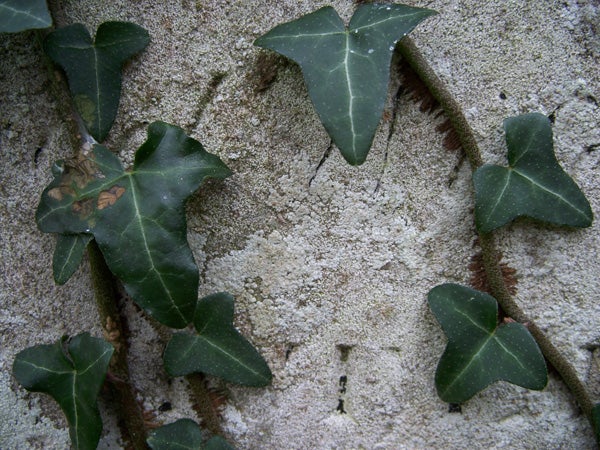