If you buy a cheap digital camera you’re taking quite a gamble. If you are only prepared to spend less than about £70 then you’re going to get exactly what you pay for; badly made rubbish. However in the price zone between £70 and £100 there are plenty of cameras to choose from, but there is also a wide variation in quality. There are some real sub-£100 bargains to be found, but even the major brand names produce some bargain-bin models that are best avoided. 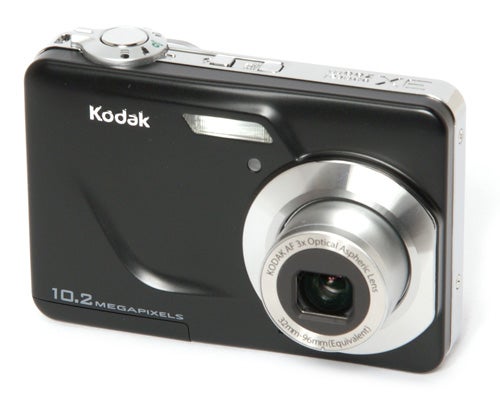 One company that has always specialised in affordable cameras for the masses is Kodak. There are currently five models in its low-cost C series, and none of them are over £100. The top model of the range is this, the EasyShare C180, a simple 3x zoom compact powered by two AA batteries and available direct from Kodak’s website for £89.99, although by shopping around on the Internet it is possible to find it for even less. 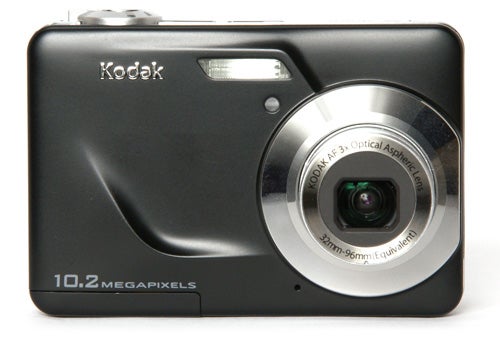 Naturally for that kind of money you’re not going to get a particularly impressive specification. The C180 features a 10.2 megapixel 1/2.3-inch sensor, a zoom range equivalent to 32-96mm, a 2.4-inch monitor with a very low resolution of only 115k dots, and a maximum sensitivity of only 1250 ISO. The body is made of plastic, and is rather plump by modern standards, measuring 92.5 × 62.0 × 24.7mm. The plastic construction does keep the weight down though, and the C180 only weighs around 160g including batteries. Nonetheless the overall build quality is quite good and the body shape is comfortable to hold, with a detail on the front panel that serves as a finger grip. The C180 is available in black, red or pink.

Kodak’s compact cameras are traditionally very easy to use, and the C180 has extremely basic controls. On the top plate it has the power, flash mode and shutter buttons, as well as a six-position mode dial, while on the back it has a row of four single-function buttons, the rocker-switch zoom control, a simple square D-pad for menu navigation, and Kodak’s usual “Share” button. With the exception of the flash mode button the controls are quite large and well labelled, and the mode dial and D-pad are big and clunky enough to operate while wearing gloves; the C180 would be a fairly good choice for anyone with limited manual dexterity. 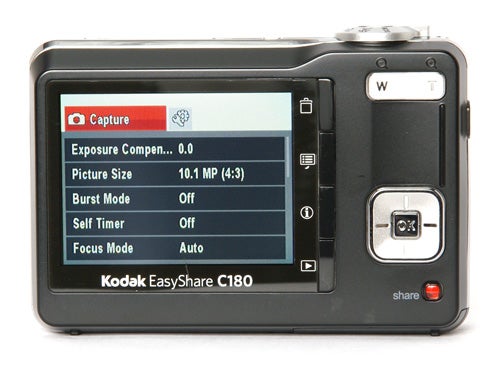 Despite its low cost and unambitious specification the C180 is not completely devoid of features. Main shooting modes include the standard full-auto, a high-ISO setting to reduce camera shake, macro and sports modes, and a scene mode with 16 fairly predictable scene programs. Menu options include multi-pattern, centre-weighted or spot metering, multi-zone or centre-spot autofocus, face detection, adjustable sharpness and a short selection of colour options. It’s not a lot, but I’ve seen less offered for more money. There is also an on-screen quick menu, offering instant control over exposure compensation, self-timer setting and AF mode.


There are a couple of features in playback mode, including the Perfect Touch automatic retouching option, which tries to improve shadow detail, brighten colours and sharpen detail, but to be honest it’s not really very good. The camera has such limited dynamic range that any but the lightest enhancement just ends up introducing a lot of unwanted image noise. 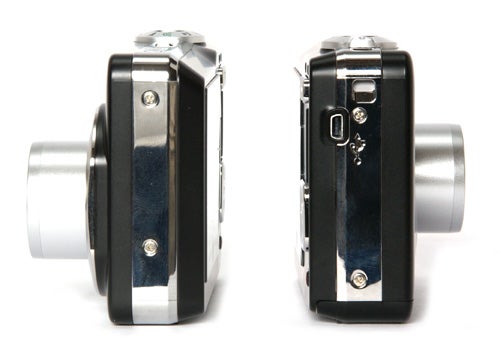 Video shooting, as you might expect, is limited to 640 x 480 with mono audio, and the optical zoom cannot be used while recording.

In order to keep the price down it’s inevitable that some corners have been cut, and in this case most of the money has been saved on the internal electronics. As a result the C180’s overall performance is rather disappointing. It starts up very slowly, taking almost 4.5 seconds from power-on to being ready to take a picture, and it takes over three seconds to shut down again. In single-shot mode however it produces a big surprise, with a shot-to-shot time of approximately 1.7 seconds, which is actually pretty quick. The C180 has no continuous shooting option, instead it has a three-shot burst mode that takes just under two seconds, but there is no focusing between shots, and the monitor is blank while shooting, which doesn’t help. 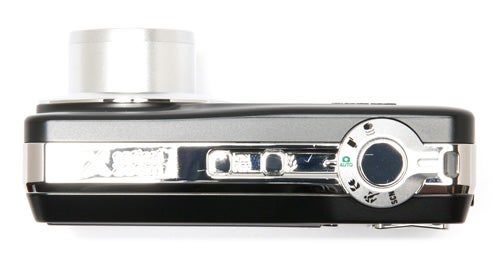 As with the Kodak Z915 that I reviewed last week, the C180 could be faster if only it had a better autofocus system. In good light it takes nearly a second to lock on to even high-contrast targets, and it slows down in low light. What’s even worse is that once the light falls below certain level it just gives up and doesn’t even attempt to focus. I’m not talking about pitch darkness here; this is in light you can still read by. Don’t buy the C180 if you like taking photos in the evening.


The C180’s tiny flash is rather underpowered, failing to live up to even its claimed three metre maximum range, and not really covering the whole frame either. It is well metered at close range though, and doesn’t burn out highlights on close-up portraits.


Overall image quality is about what we’ve come to expect from budget cameras. In good daylight with normal subjects it will turn in a perfectly reasonable average image, but as soon as light levels fall or contrast levels rise it starts to have problems. Dynamic range is extremely limited, and image noise is visible on shots from 100 ISO upwards. Colour rendition lacks saturation, and the low quality of the cheap lens means poor overall detail, extensive corner blurring and chromatic aberration. Add to this the same over-compression problems suffered by the Z915 and it’s not looking too rosy for the C180. 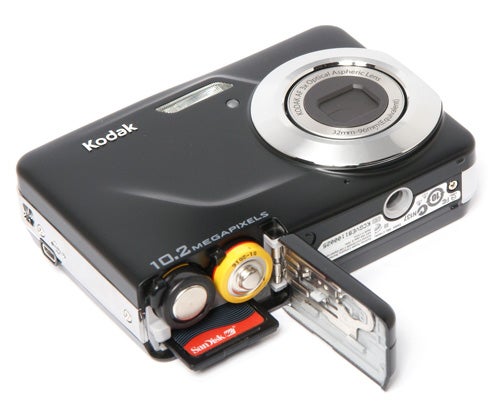 The Kodak EasyShare C180 is about average for a current low-cost 3x zoom compact. It’s fairly well made, very easy to use and comfortable to handle, but it lacks many of the useful features of models costing not much more. However the very poor picture quality and non-existent low light performance are the real deciding factors. 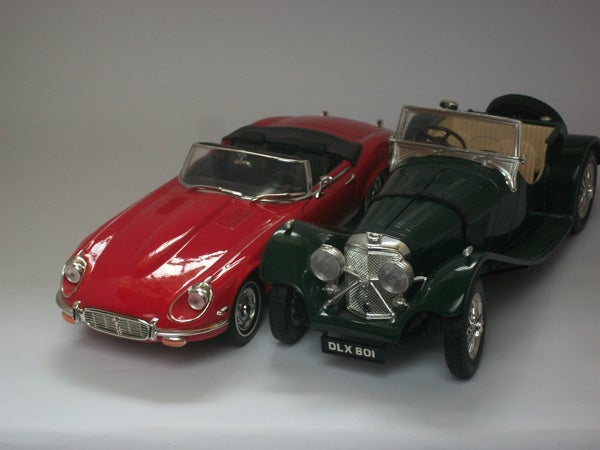 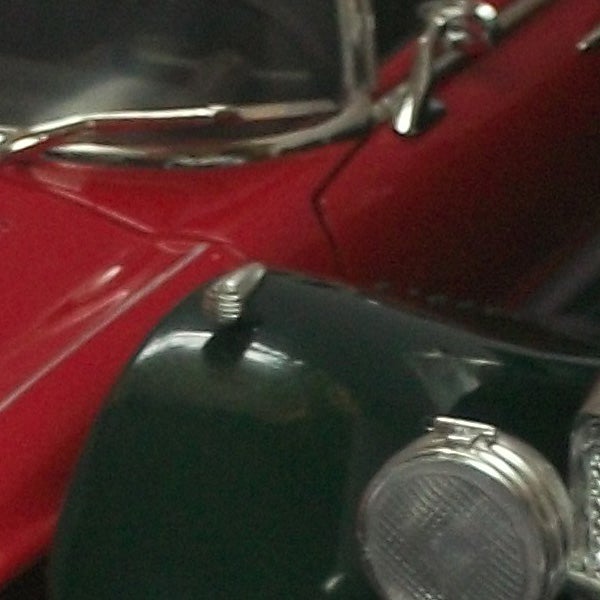 Even at the lowest sensitivity setting there is visible image noise in this 1/8th sec exposure. 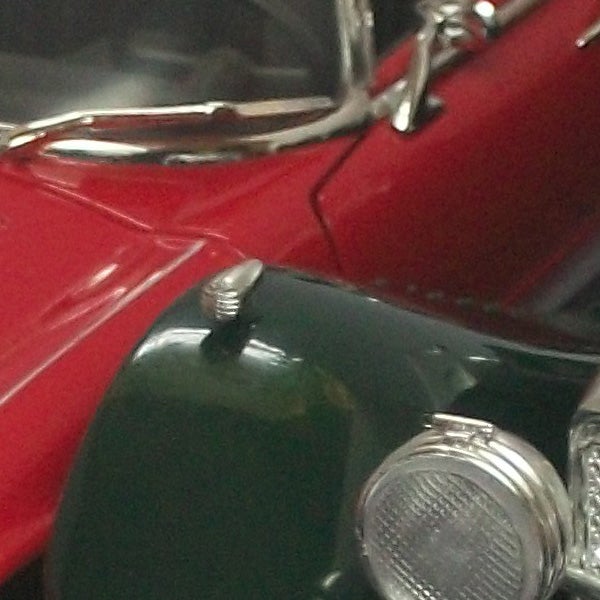 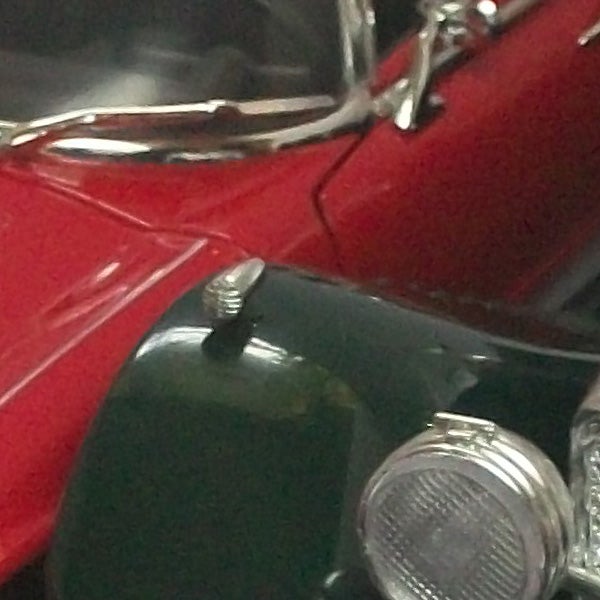 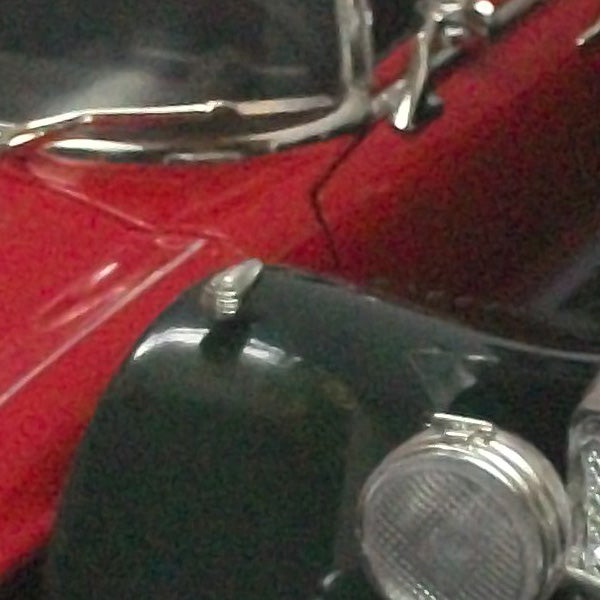 At 400 ISO and a 1/40th sec exposure the results are worse than most other compacts produce at 1600 ISO. 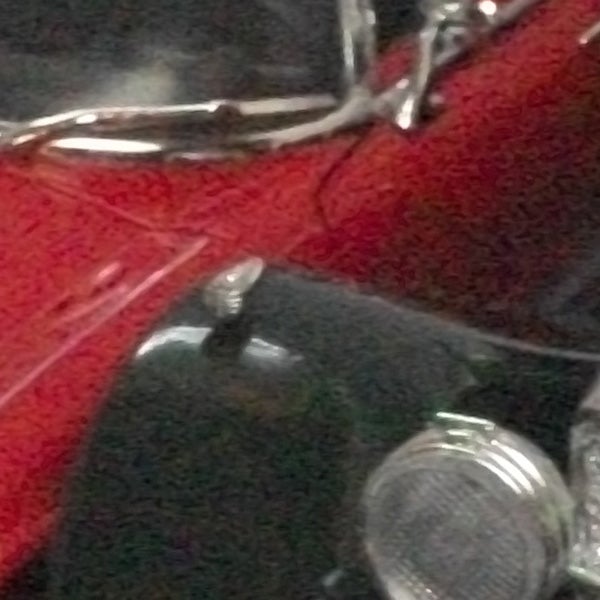 800 ISO and the image quality is completely unusable. 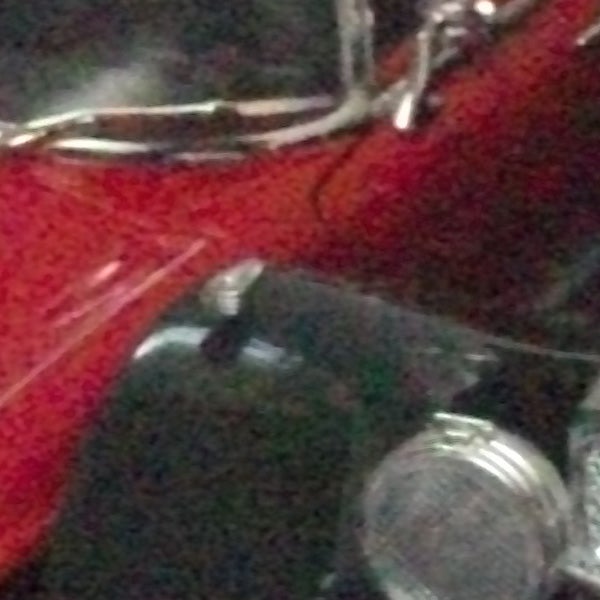 At the maximum 1250 ISO the image has almost no detail or colour, and is swamped by image noise. 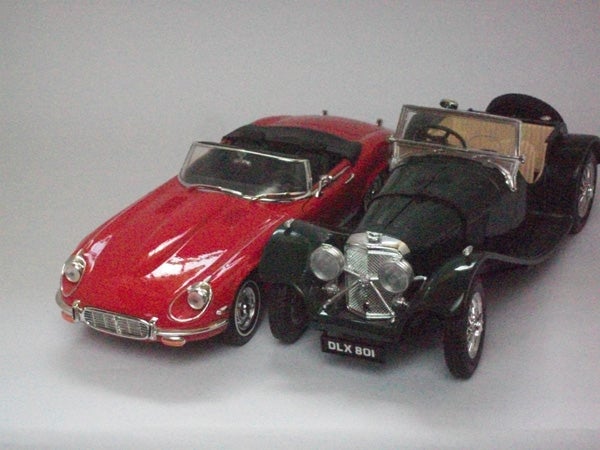 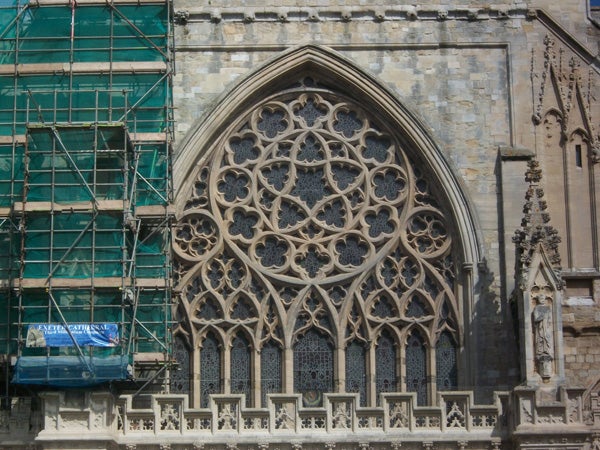 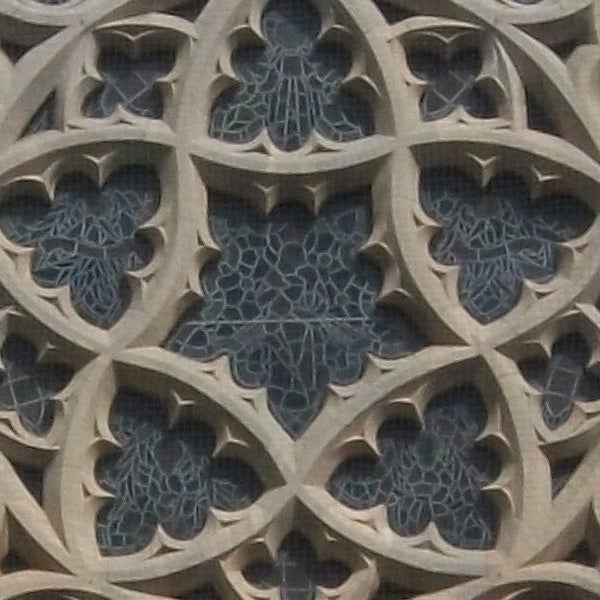 The low quality lens and Kodak’s usual savage file compression have robbed the image of all fine detail. The full-size shot is only 1.72MB. From most other 10MP compacts it would be around 4MB. 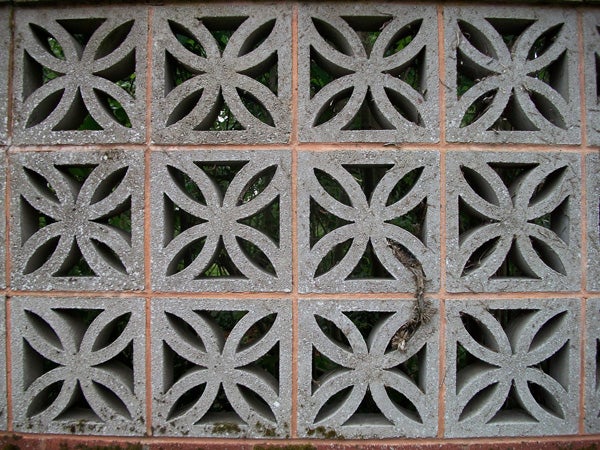 The lens produces significant barrel distortion at wide angle, although to be fair I’ve seen a lot worse. 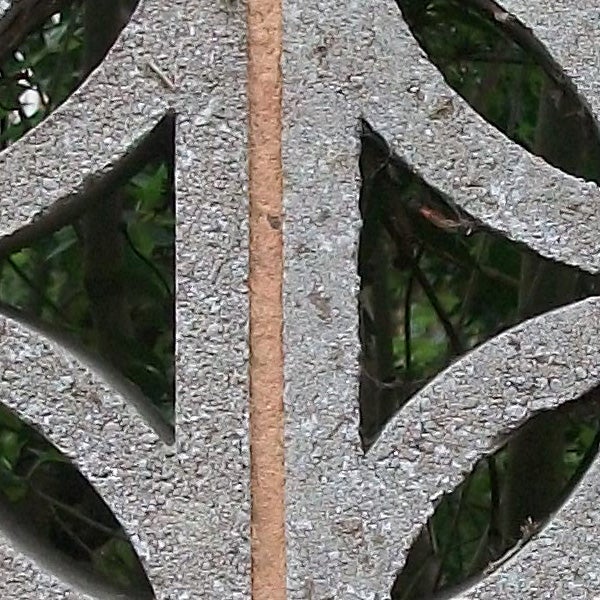 Centre sharpness is about average for the class, but the compression is again causing problems. 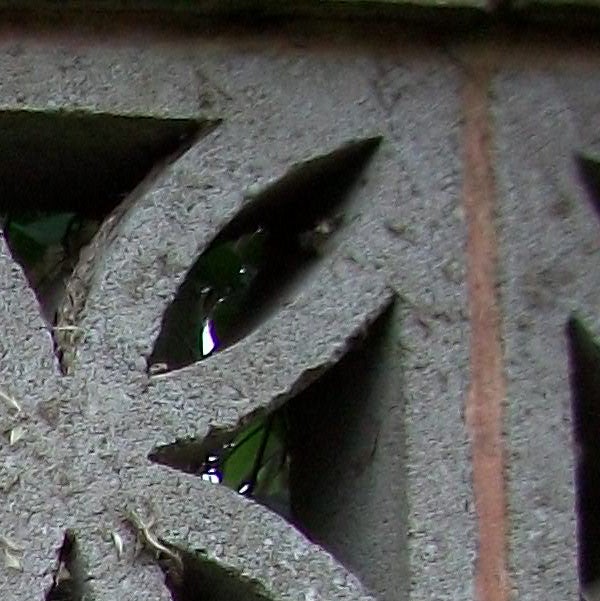 Horrible corner blurring and chromatic aberration, and this was the sharpest corner. 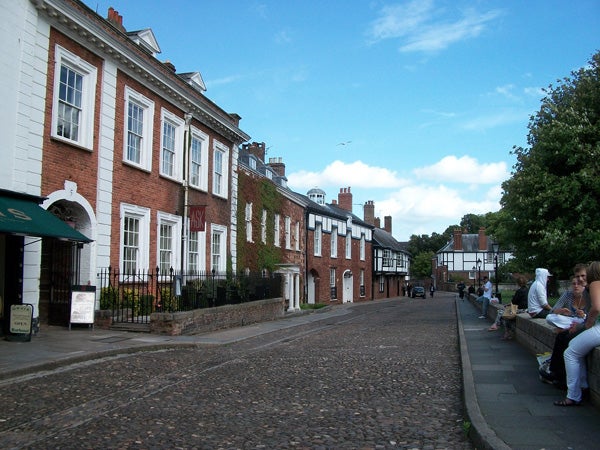 The wide-angle end of the zoom range is equivalent to 32mm. Nothing in the natural world should be the colour of that sky. 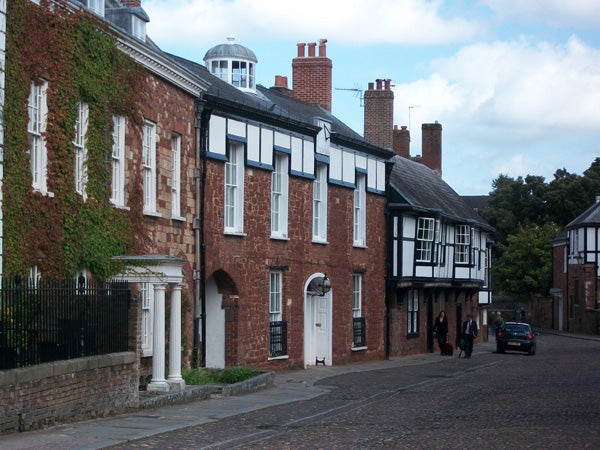 The telephoto end is equivalent to 96mm. Contrast and sharpness are quite poor. 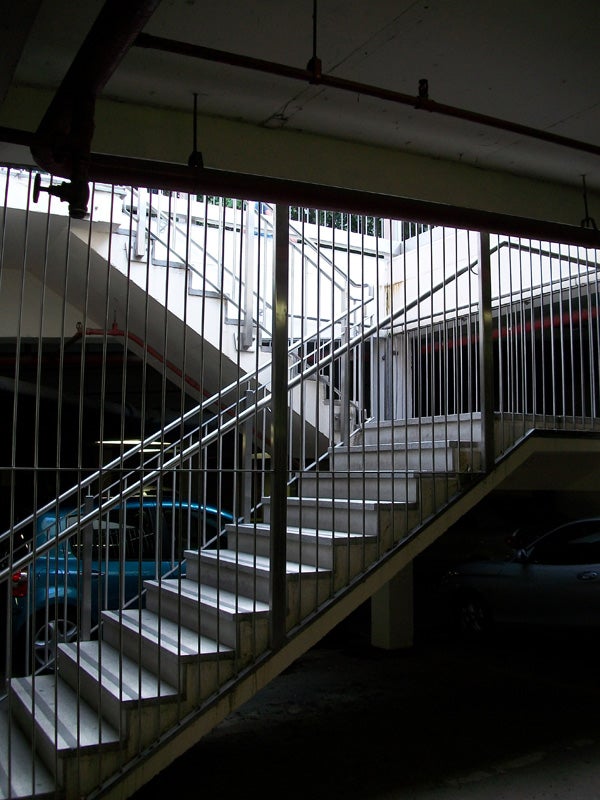 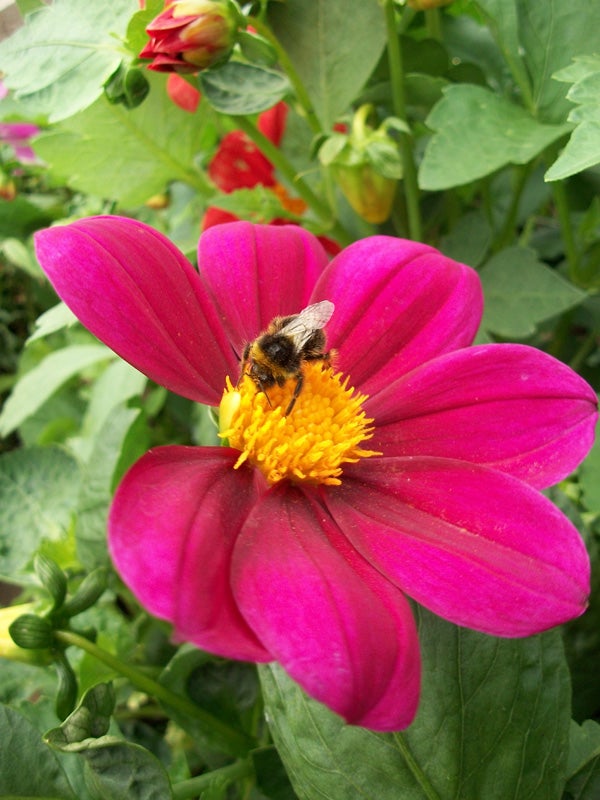 Colour rendition somehow manages to be both garish and under-saturated at the same time.