Kobo has fine-tuned the software experience on the Kobo Aura HD with great success. It still has the interesting ‘Reading Life’ features of the Kobo Glo, which collates stats on your reading habits (time per session, page turns per minutes, hours of reading etc.) and tells you how long you have to go. But the main mosaic-style home screen now brings more of this info to the fore, while a ‘Search Kobo’ bar is ever-present at the top.

These tweaks, and snappy page transitions, make the Kobo Aura HD a pleasure to read on. That’s not to say there’s no lag – inputting text is on the touchscreen is nothing like as smooth as on a tablet – but for an ebook reader, it’s nippy. 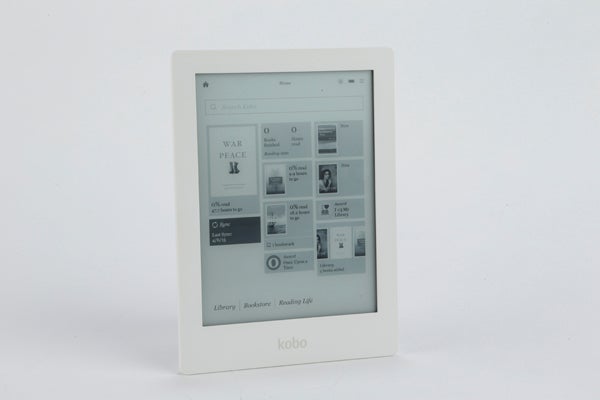 Getting books onto the Aura HD is hassle-free, too. Like Amazon, any book you buy on your PC is downloaded to your reader over wi-fi. The only difference, and this is quite an important one, is it won’t do this when the Aura HD is sleeping: it has to be on.

This slight weakness is arguably offset by other strengths, such as its support for library lending – a money saver for avid readers – and it’s better than average PDF viewing due in large part to the high-resolution screen, but it’s a weakness all the same.

Of greater concern are the occasional freezes we experienced – once when removing a memory card, and another when attempting to use it in the middle of a sync. Neither are game breakers, particularly as they didn’t interrupt an actual reading session, but there are clearly some gremlins still lurking in the Kobo Aura HD’s software. 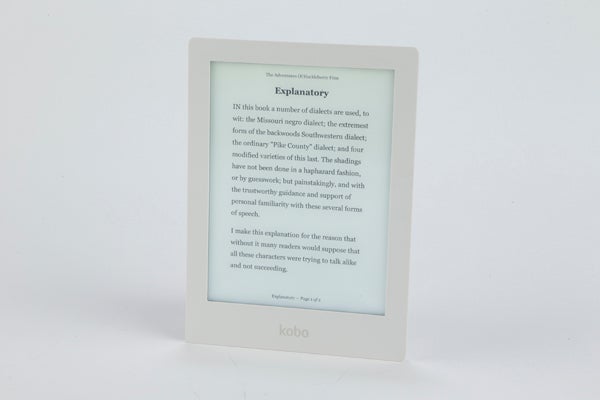 Here the Kobo Aura HD is in a league of one. Its 1,440 x 1,080 screen looks fabulous. Text is exceptionally sharp and has good contrast. However, it’s the built-in light – dubbed the GlowLight by Kobo – that steals the show.

Unlike the Kobo Glo, which was maligned for its slightly uneven lighting, the light on the Kobo Aura HD is flawless. You have to squint abnormally hard to even see the source. Kobo reckons it’s the ‘most even-lit’ ebook reader around and, while an awkward and poorly documented claim, we dare not argue against it. 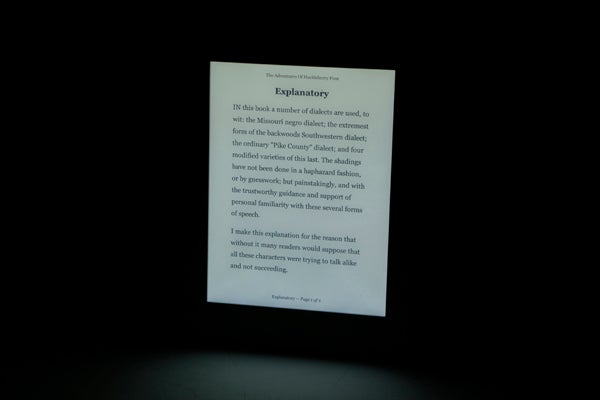 Here comes the but. Why? Because for all the Kobo Aura HD’s qualities, and they are numerous, £140 is a lot of money to drop on ‘just an ebook reader’. For example, it’s only £30 or so less than a Google Nexus 7 – the immensely popular and exceedingly good 7-inch Android tablet. Meanwhile, it’s £40 more than the very able Kobo Glo and £30 more than our current favourite ebook reader, the Kindle Paperwhite.

Is the Kobo Aura HD £30 better than the Paperwhite? For most people, we’d argue it’s not. While its screen is lovely, an untrained eye will struggle to tell the Kobo Aura HD and Kindle Paperwhite apart and would be equally happy (and better off) with a Kobo Glo.

There’s so much to like about the Kobo Aura HD. Ignoring price, it is the best ebook reader on the market. But we can’t ignore the price. Its current £140 asking price is just a little too dear to earn our recommendation, but should it fall in price – or money is no object – then it won’t disappoint.