The Kobo Arc 10HD is a 10.1-inch Android tablet for readers, specifically ones who are ready to give up 800-page paperbacks taking up bag space. Promising access to over 3.5 million books, the biggest of the Kobo Aura tablets boasts some impressive specs including a full HD screen and meaty Nvidia Tegra 4 CPU. Don’t be fooled though, this isn’t an e-reader it is a tablet so you won’t get the awesome battery life that devices made for reading books have, like the Kobo Glo.

SEE ALSO: Get some some help with our tablet buyer’s guide 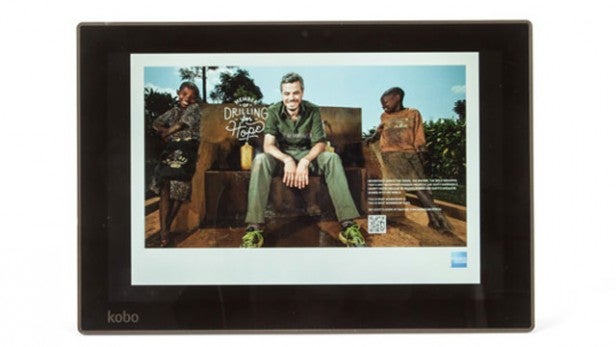 When it’s becoming increasingly difficult to make a tablet that looks and feels different from all the others out there, the Aura 10HD does its best to stay away from simply being branded another boring black slab. The slim black bezel leaves plenty of screen estate to read ebooks on and around the back it has a strikingly similar angular design to the Amazon Kindle Fire HDX 7.

There’s a red sliding switch up in the top right hand corner to turn the tablet on and off with the volume rocker (and page turner) located in close proximity. Over on the left side is the 3.55mm headphone jack, micro USB charging port and micro HDMI port to connect to a HDTV. The front-facing camera sits up top above the screen and around the back are the two stereo speakers that are easily avoided when you need to hold the tablet in two hands.

The Arc HD 10 at 9mm thick is not as slender as the Galaxy Note 10.1 2014 edition (7.9mm) or the Nexus 10 (8.9mm). Weighing in at 627g it’s beastly fella as well. That’s heavier than the Nexus 10 (603g) and the new Note 10.1 (540g) and it really shows once you get your hands on it. There’s really sharp corners at the bottom of the tablet and make it extremely uncomfortable and difficult to use for long periods, too, so bad we had to put it down after a short period of use. This, combined with the great heft is a serious problem for the 10HD. 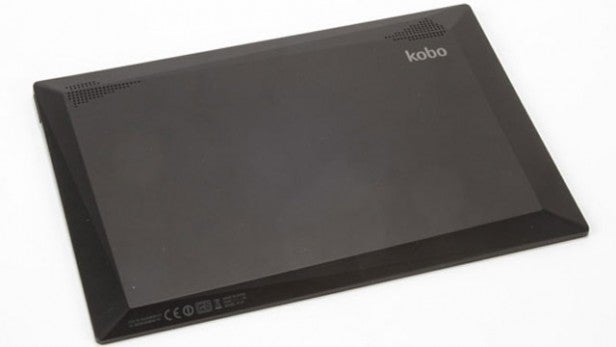 For starters, the screen is a little on the dull side. Even at maximum brightness it lacks the luminosity of screens like the Nexus 10 and even small tablets like the Amazon Kindle Fire HDX 7 and Nexus 7. It’s does manage to deliver sharp, detailed images for video, but colours look oversaturated. It’s a bit like someone taking a really good picture and unnecessarily tampering with the saturation afterwards.

Viewing angles are decent enough but the colour issues are even more noticeable, if you are not looking at the screen straight on.

One area we can’t really fault the screen is responsiveness. The 10-point multitouch, capacitive display registers swipes, presses and gestures excellently. It’s just a shame about some of the other niggles the screen suffers from.

There’s very little to get excited about in the sound department,
either. The two rear mounted stereo speakers are exceptionally loud for a
tablet but as the case with most, it’s crackly at higher volumes and
can’t really match the richness and the directional sound produced by
the stereo speakers found on the Kindle Fire HDX 7 tablet.