Kobo is foremost a maker of eReaders and pedlar of ebooks. Its E-ink eReaders are among the best, but its first LCD-screen tablets was one of the worst we’d used at the time. The new Kobo Arc can’t be much worse than the Kobo Vox.

Thankfully, it’s a good deal better. The Kobo Arc may not be about to knock the Google Nexus 7 into submission, but it’s more flexible than either the Amazon Kindle Fire HD or the Barnes & Noble Nook HD. 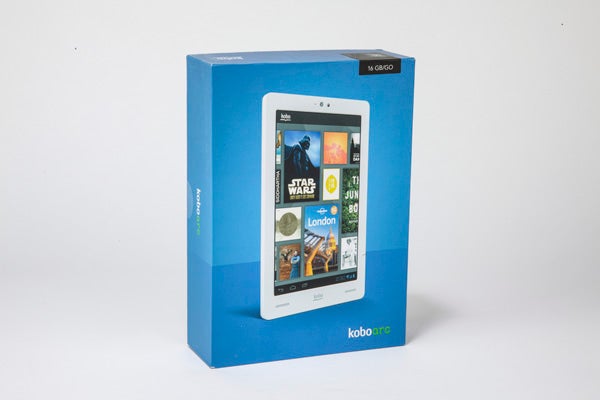 Where other 7-inch reading-focused tablets try to differentiate themselves with designs you won’t find elsewhere, the Kobo Arc looks almost exactly like a larger version of the 6-inch Kobo Glo. The two are completely different devices, though.

The Kobo Glo is a front-lit E-ink device like the Kindle Paperwhite, but the Kobo Arc is, effectively, a tablet, with an LCD screen and the Android OS. Still, it has the diamond pattern soft touch plastic rear and portrait aspect that have become hallmarks of the Kobo brand.

It’s significantly heavier than any E-ink readers, though. At 364g, the Kobo Arc sits almost exactly between the super-light Nook HD and the decidedly chunky Kindle Fire HD. You can hold this tablet one-handed, but you’ll start to feel it in your forearms after a while. 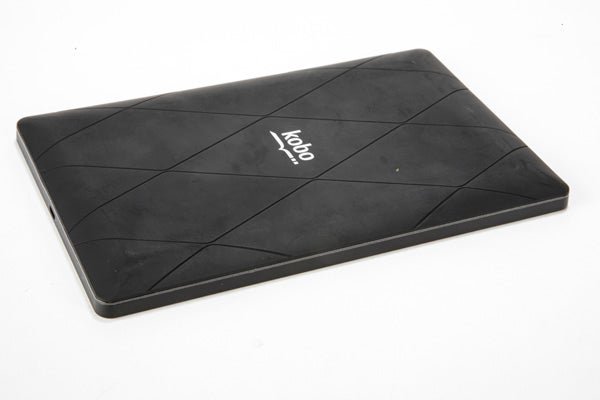 Harking back to the days when you could buy Hello Kitty fascias for you mobile phone, the Kobo Arc’s plastic rear is removable. This also exposes the battery unit, although as it’s still held in place with tiny screws, changing the battery isn’t exactly a cinch. Kobo offers backplates in other colours, although these aren’t readily available in the UK at present.

Back to the core specs – while the Kobo Arc’s E-ink brother, the Kobo Glo, features a microSD card slot, the Kobo Arc does not. This is doubly annoying because where the Glo really doesn’t need one, the Arc would benefit hugely from expandable memory. It is as capable a video player as it is an ebook reader.

16GB and 32GB models of the Kobo arc are available, £159.99 and £189.99 respectively. In fairness to Kobo, this is a much more reasonable price hike than Apple charges. 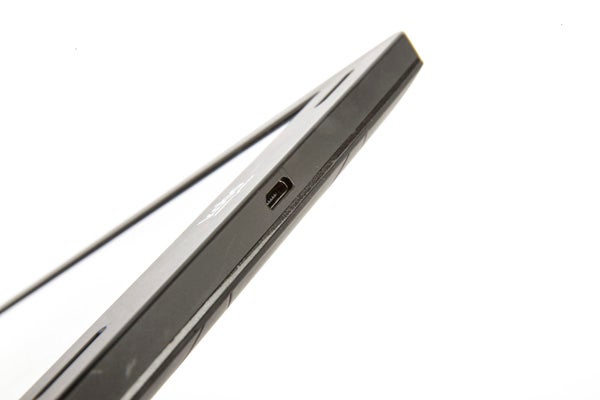 There are just two little ports on the Kobo, the microUSB port on the bottom and a 3.5mm headphone jack on the right edge.  There are no soft keys, just the power button and volume rocker on the edge.

Although it keeps things simple and clean, the Kobo Glo is functional rather than beautiful. It’s a handy book-reading size and shape, but the clear speaker grilles on the front are a clear suggestion that practicality has been valued over prettiness. We imagine that to fit as much capability into a £159 would require quite a straightforward approach, though.

The Kobo Arc packs-in a fair number of goodies too. Other than the dual speakers, there’s also a user-facing 1.3-megapixel camera and full Google certification. That means access to Google Play and Google’s official apps. You do, however, miss out on 3G as an option and GPS. The latter is missing from the Barnes & Noble and Amazon rivals, but does feature in Google’s gang-busting Nexus 7. It is king for a reason. 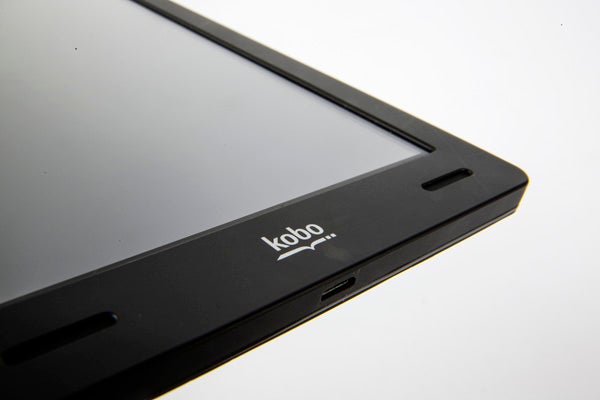 Although it’s not something that should necessary factor into your buying decision, that Kobo has even managed to go head-to-head with the much larger Barnes & Noble and Amazon on price is quite impressive. It’s a much smaller company than either of these.

However, among IPS screens it’s a fairly poor example. Colours look muted, the display appears slightly recessed and it is not a particularly fast panel, with tiny trails left behind flying icons. The screen coating, although glass, does not have an oleophobic layer, turning it into fingerprint smudge HQ within minutes of use. It is also highly reflective, making it tricky to use in bright sunlight. 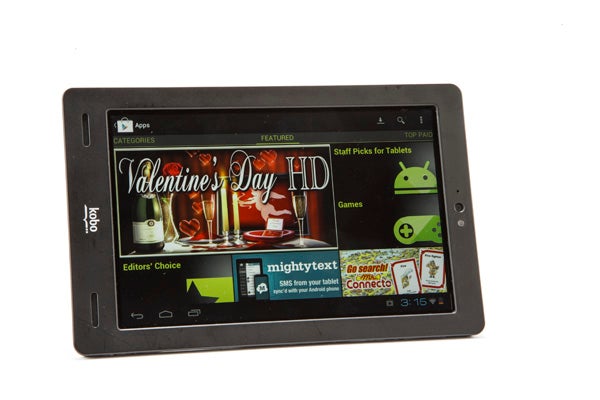 Backlight spread was also inconsistent in our Kobo Arc review model, with some bleed fairly clear at the screen’s edge when displaying a dark image.

Top brightness is good, but otherwise this 7-inch tablet puts in a fairly unremarkable performance. With the caveat that it’s still far, far better than the TN-based budget tablet screens of previous years.