Knack 2 is a strange anomaly. A sequel that, by all accounts, shouldn’t really exist. The PS4 launch title failed to leave an impact with its archaic mechanics and unusual leading mascot. This left expectations low for the sequel. But having finally played it, it’s better than you might expect.

Japan Studio has learned a thing or two from the lukewarm reception received by the first game, drastically shaking up its ambition with Knack 2. While the usual mixture of punching and jumping remain untouched, there is far more variety this time around. Throughout its 10 hour campaign I travelled through sprawling cities, ancient ruins and even bug-ridden forests. Knack gains new powers throughout, too, ensuring things are always a bit interesting.

Much like before, many sections are dependant on Knack’s fluctuating size. By collecting relics scattered across each linear level you’ll grow larger and larger. However, with the touch of R1, our quirky hero will shrink down to a minuscule size. This is the basic construct behind most of Knack 2’s platforming. Particular obstacles required me to change my exterior several times to accommodate floating platforms and dangerous enemies. It’s a fun system, but can grow stale at some points.

Watching Knack grow larger and larger throughout some of the more epic stages is oddly satisfying to behold. Maniacally crushing enemies as they dwindled beneath my feet, requiring little more than a tap before flying across the screen. Sadly, the game’s camera doesn’t always feel suited to Knack’s colossal frame. It’ll often clumsily thrust you into a corner, making it difficult to figure out where to go next or which direction enemies are attacking from. It’s a rare annoyance, but one I noticed once or twice. 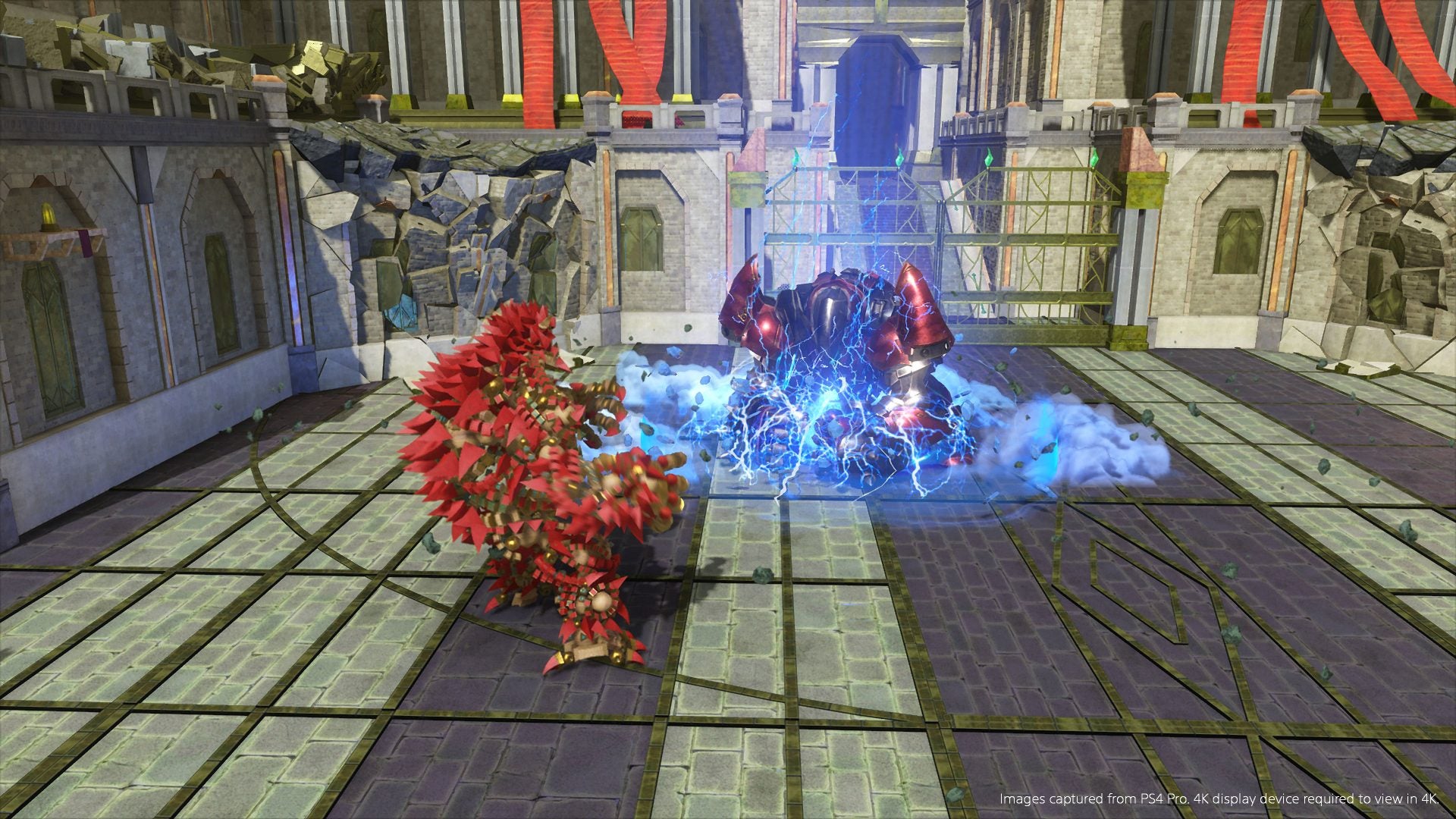 It isn’t all about size, though. Knack is also capable of combining his body with elemental properties. A number of these are discovered throughout, giving specific levels new puzzles that aren’t a challenge, but offer a much needed dose of variety. Ice can be used to freeze hazards and slash away at goblins with ferocious daggers. Iron acts as an electronic conductor, leaving a trail behind Knack that makes for some surprisingly intuitive environmental brainteasers.

Japan Studio has paced Knack 2 well enough that new powers always feel like a welcome addition, but they never quite alleviate what is unfortunately archaic level design. Each stage requires the same amount of skill, and I never felt myself being forced to think differently about new combat encounters. It’s a case of learning an enemy’s pattern and replicating this until everyone is dead. It’s harmless fun, but I would have loved a more substantial challenge as Knack 2 reached its closing stages. If you’re after a platformer for young children, you could definitely do worse than Knack 2.

The lack of difficulty is emphasised by some inventive yet absurdly trivial boss encounters. All that’s required is a few careful dodges and a handful of devastating combos. After this I went through a series of quick-time events that felt like a Fisher Price rendition of God of War. Favouring spectacle over interactivity, these moments are few and far between but showcase a sense of creativity I didn’t expect from Knack 2. Shame it isn’t effectively reflected in the relatively flat level design. Gorgeous visuals aside, the world seldom feels truly alive.

A few instances take a break from normality, giving Knack the opportunity to pilot tanks and mechs with a vicious arsenal at his disposal. This sensational power fantasy works well, and I wish Japan Studio took a few more risks in regards to Knack 2’s pedestrian approach to level geometry. This is a developer with a fantastic pedigree, and only parts of it show here. 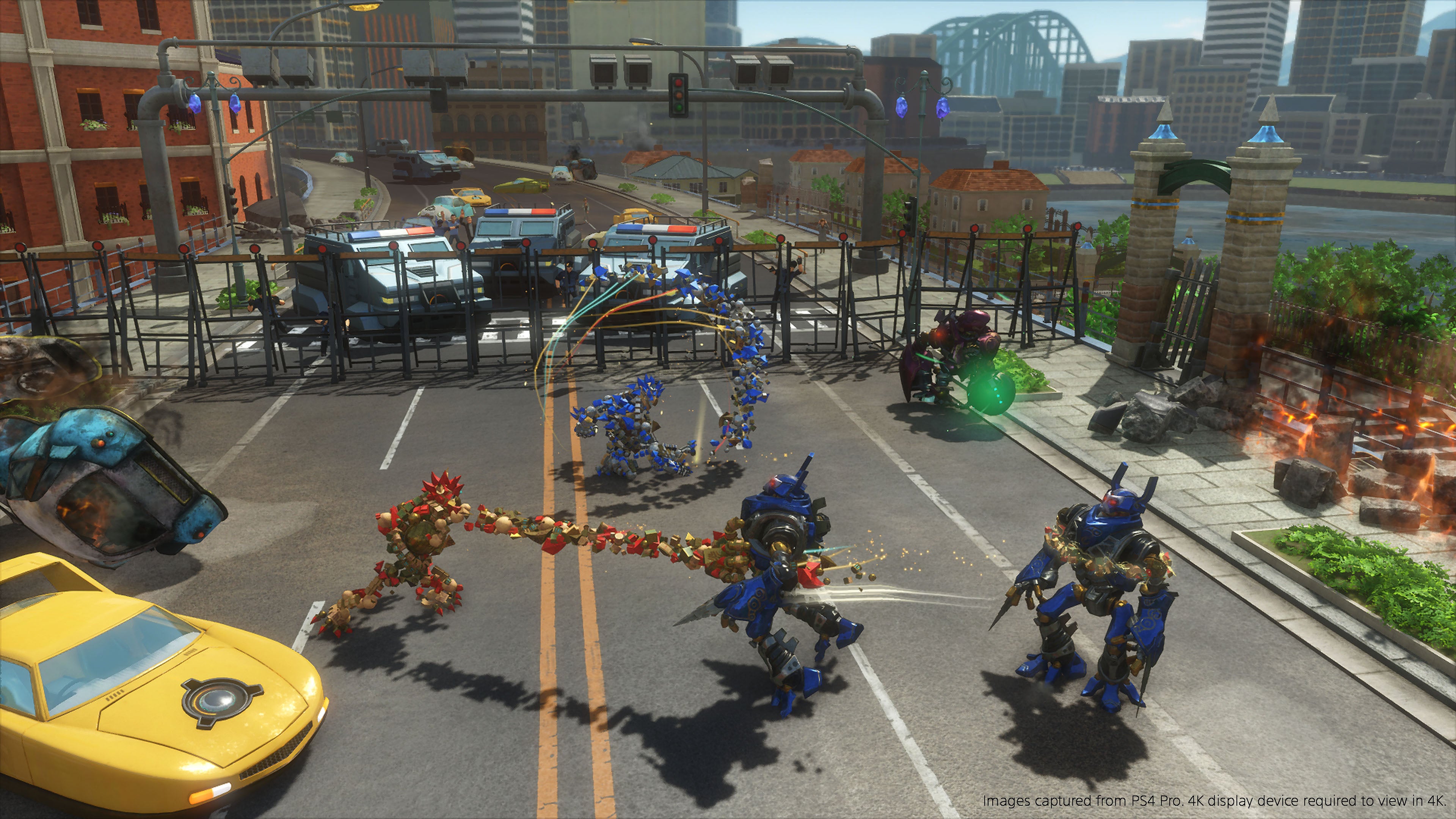 The generic yet intensely likeable cast of characters somewhat make up for the vapid nature of Knack 2’s fantasy world. If you remember them, all of the previous game’s cast make a return. Having already saved the world once already, Knack is heralded as a legendary hero with no irony whatsoever. It’s genuinely funny how Knack 2 seems deliberately self aware of the original’s shortcomings. One cutscene even mocks Knack as knowing nothing more than three punches and a kick before joking he can also jump with feigned enthusiasm.

Knack 2’s narrative is a fun yet predictable tale that sees our deep-voiced protagonist take on an army of high-class goblins and ancient evil robots. It’s essentially an excuse for you to explore the world and beat the living hell out of everything. The solo campaign outstayed its welcome somewhat, going for a couple hours more without any innovative gameplay ideas to back it up. I was disappointed to see none of the joyful elemental powers implemented into boss battles, particularly the underwhelming closing encounter; a presumably world-ending threat took me less than 5 minutes to conquer. 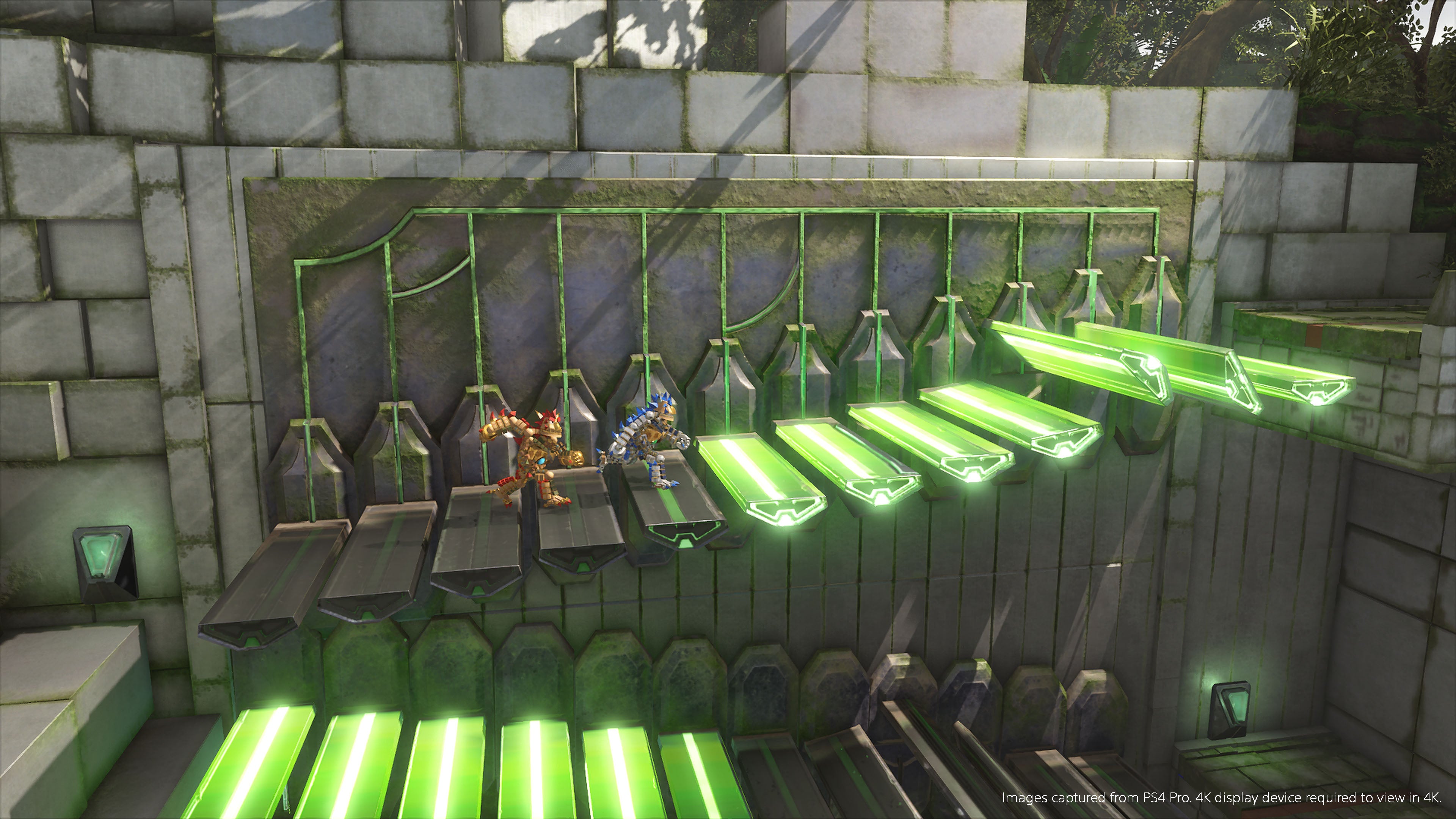 Outside of the story mode you have plenty of distractions to keep you busy, helping Knack 2 more than justify its generous asking price. Coliseum, Time Attack and New Game+ modes are unlocked as the credits roll, carrying over all my progress if I wished to grind out trophies or chase after hidden collectables. While I didn’t try it out extensively myself, the couch co-op mode is wonderfully executed, taking a similar approach to Travellers’ Tales beloved LEGO adaptations.

Knack 2 is a pleasant surprise that improves upon the majority of its predecessor’s faults. It still lacks in genuine creativity and new ideas, but Japan Studio has crafted a confident platformer that acts as a whimsical spark in the PS4’s exclusive catalogue.