As our test of its HD Theater 500 system demonstrated, Klipsch can squeeze quite a performance out of its more affordable speaker systems. But now we have the chance to assess how the company fares at the opposite end of the price spectrum, as our lug-holes get to grips with the WF-34 package.


Whereas the HD Theater 500 was aimed at first-timers and budget buyers, this is a system for discerning home cinema fans with a bit more cash to splash, and as such it features impeccable build quality and some of Klipsch’s finest speaker tech. 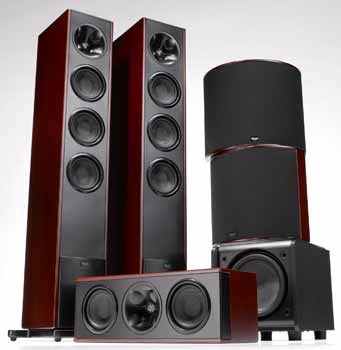 The system is part of Klipsch’s Icon W series (the W stands for wood) and comprises two WF-34 floor-standing front speakers, a WC-24 centre, a pair of WS-24 surround speakers and a XW-300d subwoofer. Our hands-on inspection begins with the slim front floor-standers, which measure 101.6cm tall and offer the sort of tough, robust construction you’d for this sort of money. They’re the little brother of Klipsch’s WF-35 and bought separately would set you back £529 each.


On the outside, they boast a ‘furniture grade’ wood veneer cabinet – ours came in the charmingly named Espresso finish but they’re also available in Cabernet. They’re not designed to dazzle – the look is understated, maybe even a little drab, but they do have a timeless style that should complement any room décor. Each one comes with a removable magnetic grille and sits on a thick, securely bolted base. All of the speakers are fitted with a pair of binding posts, but because the WF-34s can be bi-wired they boast an extra pair. 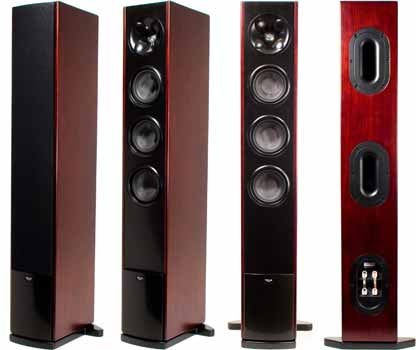 Internally, the highlight is Klipsch’s all-new Tractrix Horn-loaded tweeter with XT (X-Tractrix) technology, which helps deliver a high output, low distortion sound by equalising the speed of the sound waves, thereby smoothing out the dispersion pattern.


It’s joined by three 4.5in fibreglass cone woofers with ceramic motor structures, which allows them to deliver bass frequencies down to 50Hz. Power handling is quoted at 125W at 8 ohms.

The WC-24 centre speaker (available separately for £429) is similarly stylish and well-built, using the traditional horizontal arrangement. It tackles those tricky vocal tones with the same premium titanium diaphragm compression driver, Tractrix tweeter and 4.5in fibreglass cone woofers found in the fronts to ensure tonal matching across the front of the stage. The centre achieves a frequency response from 85Hz up to 23kHz. 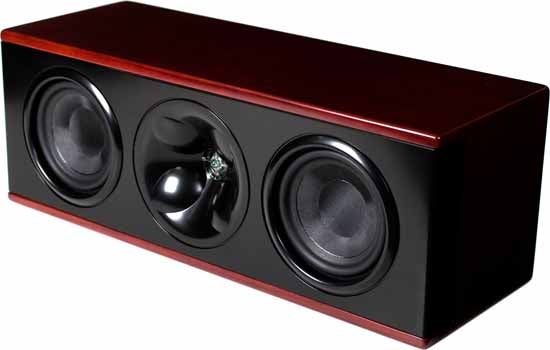 Similar components can be found inside the WS-24 rears, except they add Klipsch’s exclusive Wide Dispersion Surround Technology (WDST) into the mix, which as the name suggests is designed to extend their reach to cater for rooms with a less-than-ideal layout. These can be bought separately for £299 each. Klipsch has opted for a distinctive semi-circle shape for these rear speakers, which makes them ideal for wall mounting – dual keyhole brackets are provided on the rear for this purpose.


The subwoofer of choice for the WS-34 system is the XW-300d – £639 separately. This smart-looking unit features black aluminium side panels and a gloss-black top section that make it one of the more stylish subs we’ve encountered. It’s much smaller than we expected for a system at this price, but with a 300W Bridged Amplifier Switching Hybrid (BASH) digital amplifier and 8in fibreglass cone driver on board, its compact size shouldn’t be an issue performance-wise.

It also features Klipsch’s Digitally Controlled Subwoofer (DCS) technology, which includes three equalization modes (Flat, Depth, and Punch). To select these, there’s a control panel embedded in the top section, with a cluster of buttons and a backlit dot matrix display panel. You can also set the volume, crossover and phase and save your settings under three presets (Music, Movie, and Night). With everything being controlled digitally on the top panel, there are no dials or switches on the back, just line inputs.


Klipsch’s mantra is ‘Power. Detail. Emotion.’ and sure enough this system offers all three in spades. Its potent, pin-sharp sound really lets you feel the excitement and drama of movie soundtracks.

Running through a selection of favourite Blu-ray test scenes from Hellboy II, Iron Man and Transformers, the system handles each one with a silky, assured touch. We cranked up our amp’s volume dial up to 11 and the system didn’t even flinch – the WF-34s achieve wonderfully deep bass tones and deliver raucous effects with drive and purpose. High-frequencies are clean and controlled with no brightness, and they integrate seamlessly with the centre and subwoofer. 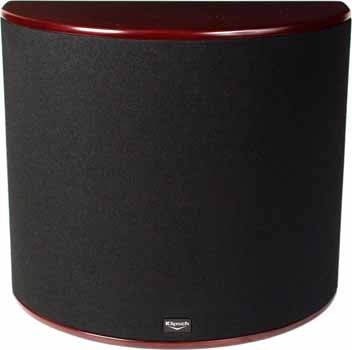 The centre also does a great job of lifting human speech above the din of Transformers’ end battle scenes, but has the necessary range to express Optimus Prime’s deep, warming tones. The rears don’t let the side down either, chipping in with snappy effects during busy scenes, while WDST does a superb job of dispersing them far into the room. Their ability to join up behind the listening position ensures an immersive, unified soundstage.


It’s topped off by a virtuoso performance from the XW-300d. Don’t let the size fool you – this little box can muster some seriously well-defined and taut bass, and those EQ modes help rather than hinder its performance. The Depth mode is a bit OTT perhaps but the Punch mode gives the bass a more subtle but telling kick up the backside, which helps when the going gets tough. 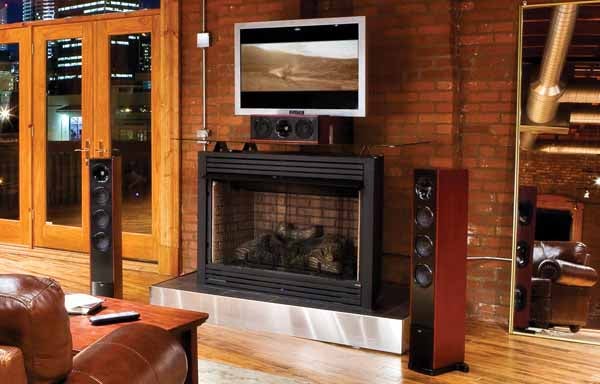 Supplementing its undeniable movie prowess, the system applies the same levels of power, subtlety and control to music playback, making it a great all-rounder.


The WF-34 system might not be cheap, but its sound quality is as good as we’ve heard at this price point and that, combined with its robust build quality and features, make it a good investment if you’re serious about home cinema.