The Klipsch T5 True Wireless are rich-sounding earphones offering decent battery life. Wireless performance is pretty good and sound quality is strong. However, we’re not fans of the on-bud controls, nor the lack of active noise cancellation

The Klipsch T5 True Wireless are true wireless earphones that offer unusually good battery life. Klipsch says they’ll last eight hours between charges. That was the standard for normal wireless headphones not too long ago.

The T5s sound great, too, and come in a particularly fetching charge case. Are they the perfect buy then?

A few missteps highlight Klipsch’s relative lack of experience in this area. The on-bud controls are clunky and supplying just three sets of proprietary design tips when the Klipsch T5 True Wireless rely on a super-solid fit seems like an oversight. Nevertheless, the T5 True Wireless are some of the best-sounding true wireless earphones at the price.

The Klipsch T5 True Wireless have fairly large earpieces, which is the case with most such earphone. For the T5s, their size appears more valid when you consider they come with a claimed 8-hour battery life.

Inadequate battery life is the primary reason I’m not a regular user of wireless earphones. As soon as I’ve completed a review, I revert to a tried-and-trusted pair of wired units. However, the T5s’ eight hours means that issue has been more-or-less solved. 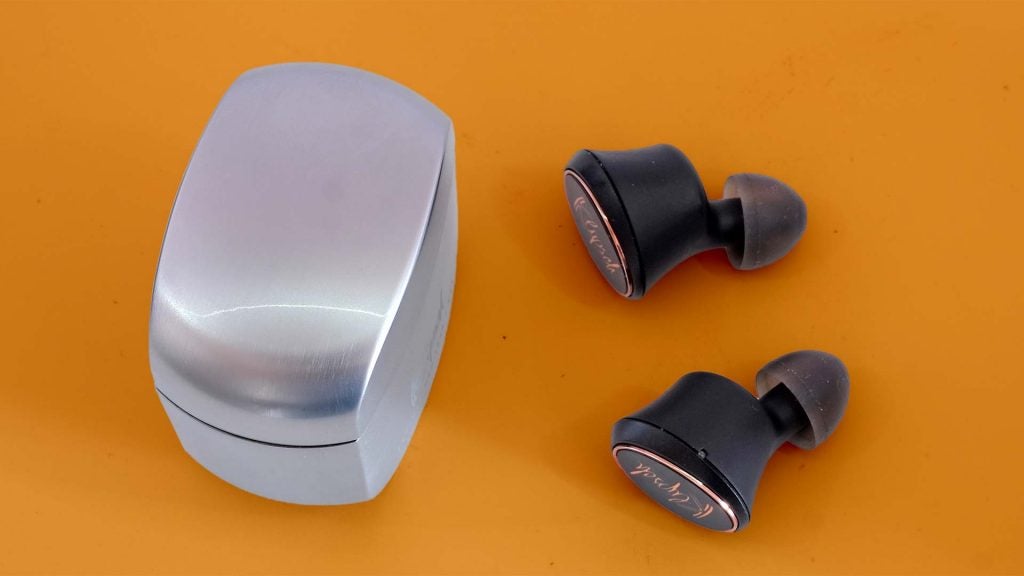 I set the Klipsch T5 True Wireless to play a shuffled Spotify jazz “radio” station all day to see how long they’d really last; 7hrs and 20mins of saxophone noodling later, one of the earpieces checked out. Whilst not exactly the claimed eight hours, it’s pretty close.

If you buy the Klipsch T5 True Wireless and find they fall short of the stated battery life claim then a firmware update should be your first port of call. Until I did this, one of the buds continually ran out of battery at around the five-hour mark. Note that the software update process is a mess, but Klipsch may have improved it (and the faulty companion app) by the time you read this. 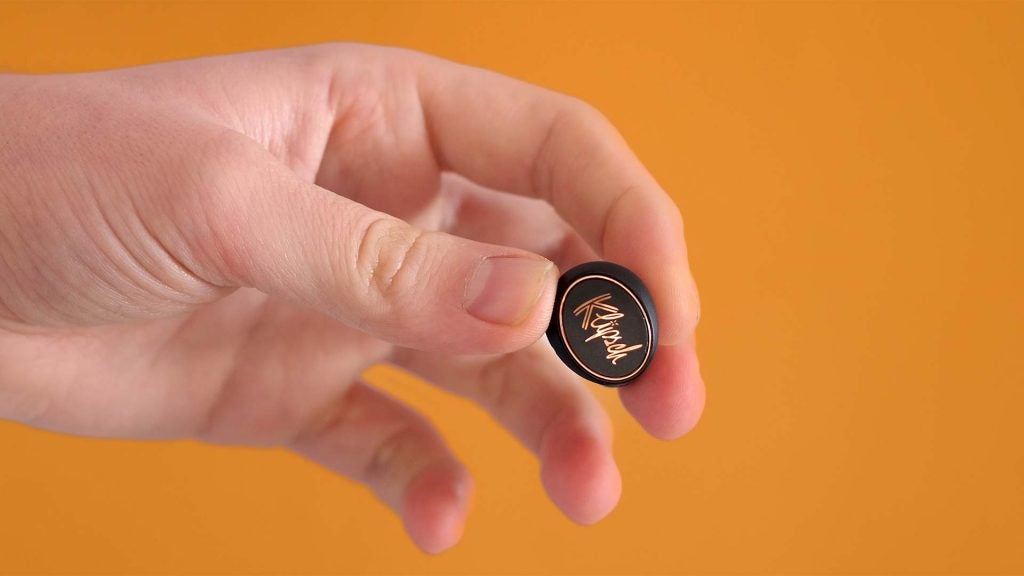 These headphones are twice the size of units that last four hours between charges. As such, they protrude from your ears significantly and aren’t the best-looking pair around. A ring around the ear cup and the Klipsch logo are cast in bright copper. Elsewhere, the Klipsch T5 True Wireless are all-black, and all-plastic.

An average earphone tip is a simple formed piece of silicone. Klipsch has taken an unusual approach with its tips: they have a piece of hard plastic inside that slots into the earpiece aperture. 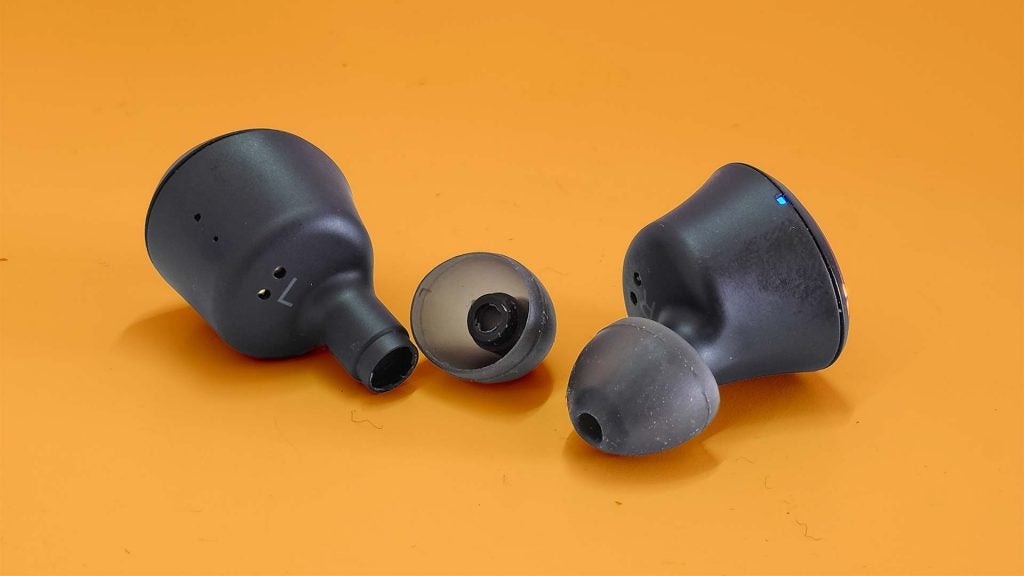 This should, I guess, make them stay in place better. But it raises another issue: you’ll have to stick to using the supplied tips, of which you get only three sizes in the box. Granted, three sizes is the norm – but some users have been complaining online that the Klipsch T5 True Wireless fall out, which is almost certainly the result of poor tip fit. And the tips here are oval in shape, designed to be able to sit that bit further into your ear canal.

However, this hasn’t been my own personal experience. I’ve used the Klipsch T5 True Wireless with the large set of tips on a couple of 40-minute runs and suffered no issues at all. But those who regularly have issues with earphone fit may want to think carefully.

I’ve worn them all day without any comfort issues, either – and with IPX4 water-resistance, they’re perfectly fine for the gym. IPX4 means they’ll handle exposure to a light rain shower or a bit of sweat; just don’t give them a rinse under a tap.

Features – Implementation of touch controls is more miss than hit

The Klipsch T5 True Wireless charging case brings the class the earpieces themselves lack. It’s a dinky but chunky case finished in brushed aluminium, with a flip-up lid that owes a debt to Zippo lighters. 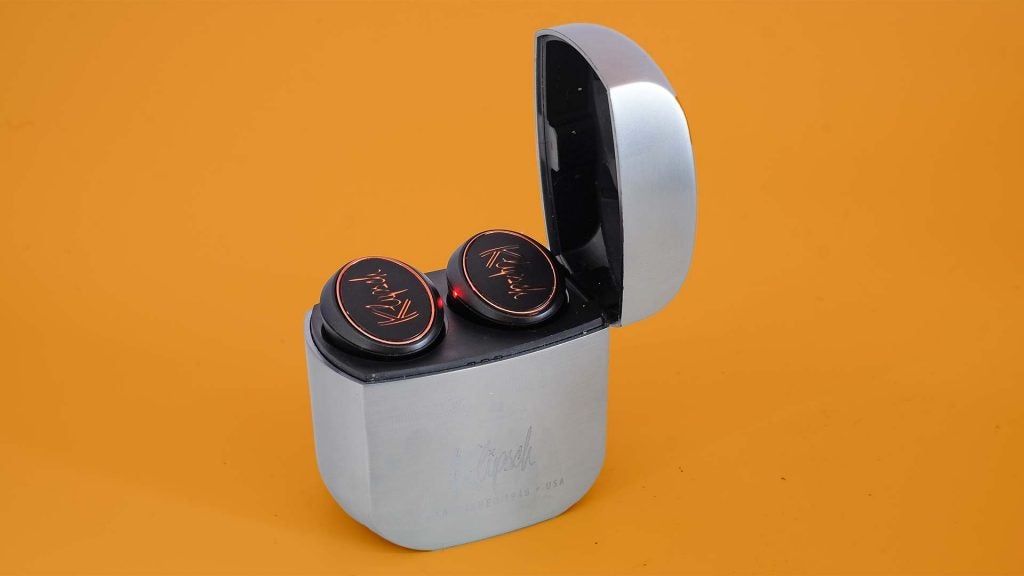 Putting in the earpieces to charge is easy, and the case will happily fit into a jeans or coat pocket. The case is good for three charges, for up to 32 hours’ use away from a charger plug. Three white LEDs indicate the battery level, too.

Pairing these earphones isn’t quite as slick as the AirPods Pro, but I’ve experienced no issues and zero interference while using them.

How you control the Klipsch T5 True Wireless thereafter is a different story, however. Each earpiece has a button, which takes up the entire rear part of the unit bearing the Klipsch logo. As is so often the case, you need to learn a bunch of gestures to perform actions such as changing the volume and the track. Nothing new there.

The problem is that significant pressure is required to depress the these buttons, so you’ll often end up jamming the earpieces further into your ear canal. It’s uncomfortable. The result is you’ll end up taking out your phone more regularly to make any changes rather than enlisting the controls, apart from the occasional emergency play/pause. 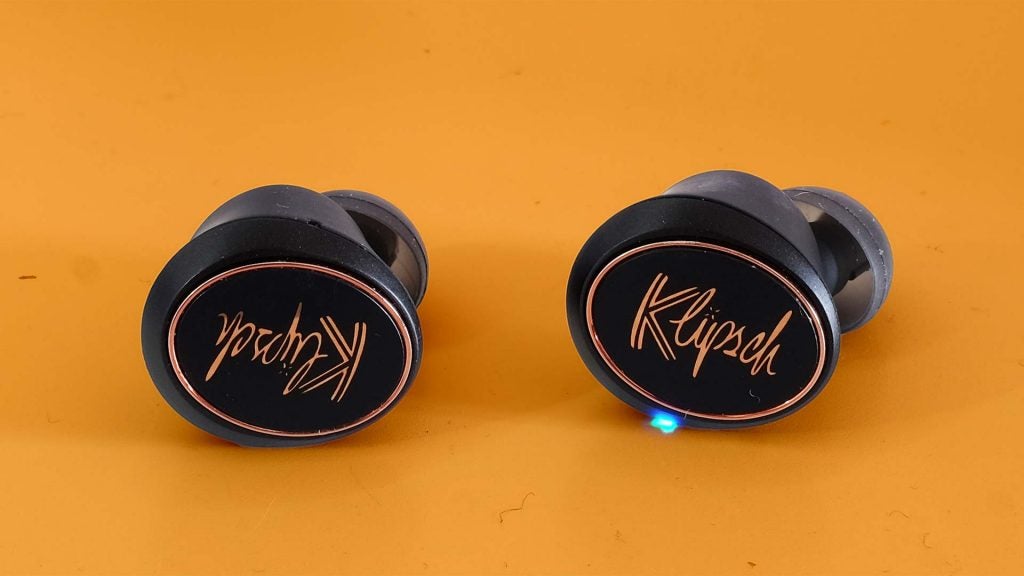 Klipsch hasn’t nailed all the mechanics, but it does have the tech right. These earphones use Bluetooth 5.0, no doubt a contributor to the long battery life, and support aptX and AAC (for iPhones), for higher quality streaming than bog-standard SBC. They also have four microphones, two per earpiece, for noise cancelling in calls.

Sound quality – Bass is great for a true wireless

The Klipsch T5 True Wireless use a tiny dynamic driver of 5mm diameter, which is far smaller than the 10mm earphone standard. However, this doesn’t result in weak bass and a focus on treble detail, as you might assume. Small dynamic drivers aren’t the equivalent of speaker tweeters.

Bass here is powerful and deep, among the punchiest I’ve heard from a true wireless earphone. It’s expertly contoured, too, free of the excessive mid-bass that can deliver lower-register vocal lines glued to a squashy airbed of warm bloat. 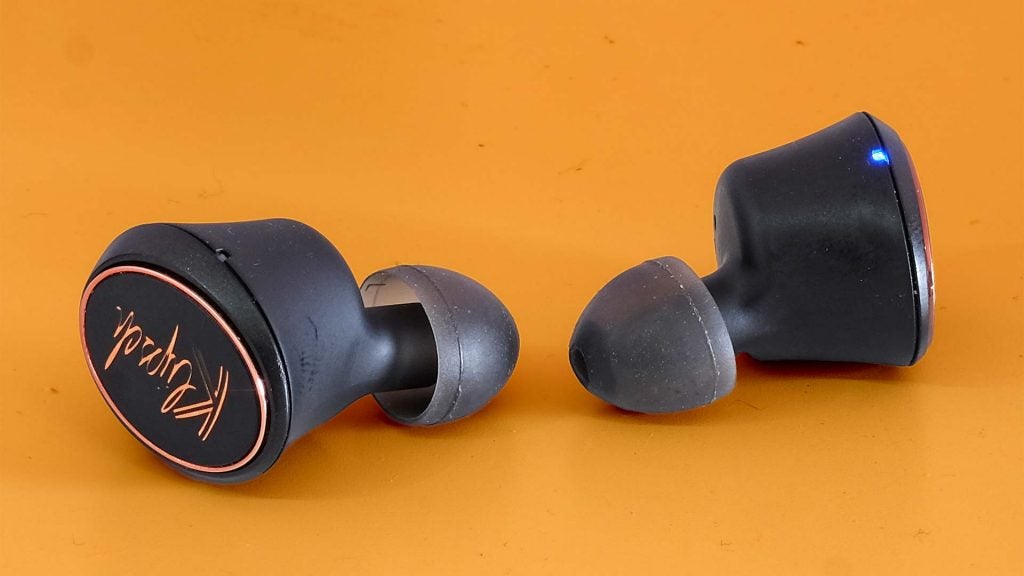 This in turn help the Klipsch T5 True Wireless’s separation and imaging, which is very good for an earphone that sounds fairly full and thick rather than bright and clinical. Such a tone gives this pair a slightly sultry character.

I’ve used the Sony WI-1000XM2 regularly whilst reviewing the T5 earphones to draw comparisons. The former highlight what, if anything, the Klipsch T5 True Wireless lack, which is the overt treble and in-your-face detail retrieval that’s part of a successful “bright” sound signature.

The Klipsch T5 True Wireless do supply enough textural information to come across as detailed without trying to be so, though. These earphones are actually more cohesive than the £300 Sony WI-1000XM2.

There is a cost to how dynamic the Klipsch T5 True Wireless appear, however. A slightly safe approach to the treble means the T5s aren’t the most open or vitally dynamic pair of earbuds among the top true wireless performers. But for bringing out the texture of vocals in a lifelike manner, they are hard to beat. 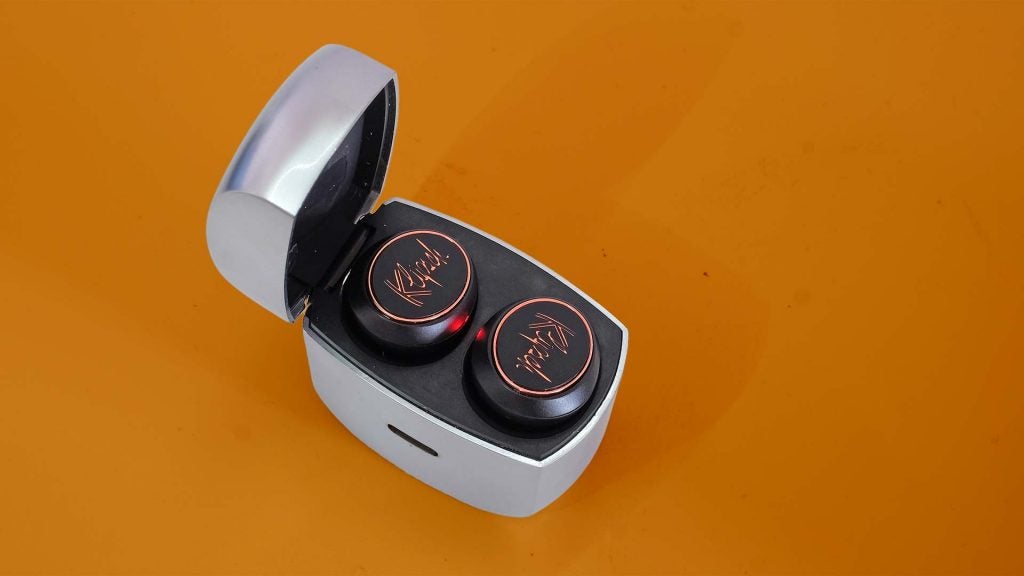 Should you buy the Klipsch T5 True Wireless?

Wireless performance is decent and sound quality very strong – as long as you aren’t set on a bright-sounding signature. However, they’re letdown by the poor on-bud controls and lack of active noise cancellation, seen in the Sony WF-1000XM3.