The first time you decide to splash out money on earphones can be a daunting experience, with dozens of little over-packaged sets to choose from. The entry-level Klipsch S3 earphones are here to vie for your attention, and make the decision that little bit tougher. Up against the Sennheiser CX300 and Ultimate Ears 200, they retail for around £35.

The Klipsch S3 earphones come in three colours – a pinkish red, green and grey. Klipsch has dodged the standard black entirely, but the design of is otherwise conservative. Like most earphones at this price, they’re made completely of plastic. 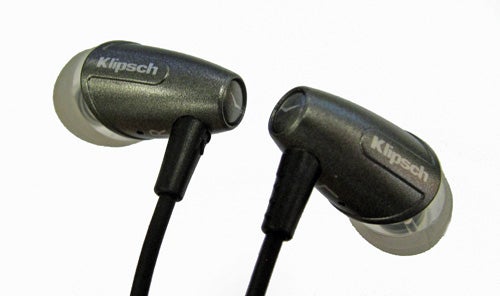 Higher-price earphones often spice-up their bods with metal or rubber, to give them a sense of more advanced design, but these are simple, moulded plastic. The shape of each earpiece suggests a higher degree of sophistication than some other budget sets but a closer inspection quickly betrays their low-end status. Thankfully, they’re free of the really critical symptoms of cheap in-ear headphones with tough-feeling bodies and no diaphragm crackle when inserted into your ears.

The simple plastic bodies keep the Klipsch S3 very light, but getting a seal with the included rubber tips isn’t as easy as with some alternatives, such as the Ultimate Ears 200. There’s a degree of personal preference here but we found that, whichever of the three sets of tips we chose, we needed to shove them into our ears a little too firmly to achieve a decent seal. If you’re sensitive to having things rammed into your lugholes, you’d be better off with earphones from the Sennheiser CX range. They don’t plunge quite so far into the dark depths of your ear canals. 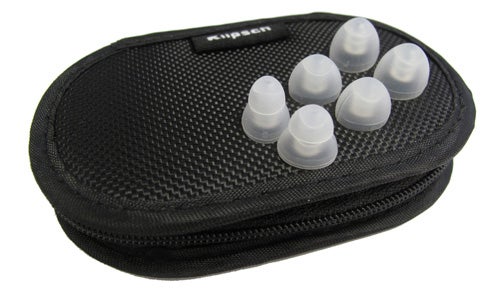 These seal issues are down to the limited range of tips included rather than anything more central – we tried using a pair of larger tips taken from a pair of Phonak PFE 112 and attained a much better fit, and slightly better bass response. You might have none of these problems if you have less ginormous ear cavities than this reviewer, but it’s still a fair criticism when cheaper sets like the Ultimate Ears 200 offer a generous six pairs of tips as standard – as opposed to three.

A case is bundled, however. It’s a simple zip-up job with a Velcro strap and pouch inside to keep the spare tips, or a memory card, safe and sound. The Klipsch S3 use a straight, gold-plated jack. These tend to be less durable in real-world usage, succumbing to connection problems ahead of the right-angle alternative in our experience, but they also have less trouble connecting to devices with oddly-shaped jack inputs.

While £30 is a decent chunk of the amount of money that you could otherwise spend on a half-decent MP3 player, at this entry-level point in the earphone market any choice you make is going come with sonic compromises. You just need to make sure you pick the ones that suit your ears the best. 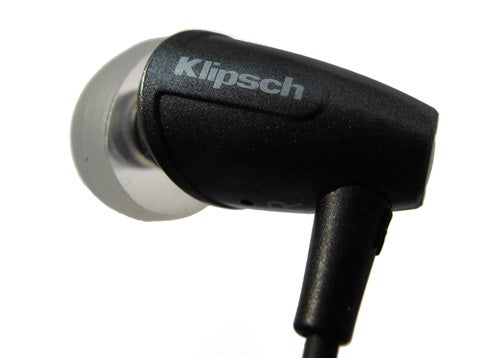 The Klipsch S3 use 5.83mm moving coil speakers, more commonly referred to as dynamic drivers. These are the kind of units used in most budget earphones, as opposed to the balanced armature drivers seen in more expensive and single and multi-driver earphones.

These Klipsch S3 attempt to recreate a sound signature of these more pricey earphones, but don’t entirely pull it off. Once a good seal has been achieved, the low-end presence is good and well-balanced, but higher up the frequency spectrum a few problems arise.

The high-end is opened up more than in the boxy-sounding Sennheiser CX300, but it’s a little jagged, frequently introducing sibilance and a generally slightly harsh sound. There’s plenty of treble presence, just not all that much detail.

In pure tone terms, they’re perhaps more neutral-sounding than the popular CX300, with less overstated bass, but they’re also much less smooth-sounding. Match a vicious-sounding rock singer with a hi-hat-led drum beat and the Klipsch S3 can start to sound as if your ears are being assaulted.

The slightly ugly granularity to trebly moments like these that tells you the drivers these earphones are packing aren’t quite up to representing the sound signature they shoot for. The Ulimate Ears 200 do a much better job of relaying high-end detail without this “cheese grater on your ear drums” effect. However, those rivals earphones offer less bass. 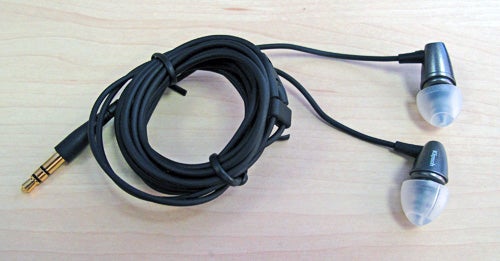 Picking a pair of affordable earphones like the Klipsch S3 is a little like choosing what flavours of ice cream you’d like in your sundae. The Sennheiser CX300 offer a slightly-cloying double chocolate, the Ultimate Ears 200 a classy vanilla and the Klipsch S3 a creamy chocolate with a slightly-too-sharp dollop of lime sorbet on top. We’d trade the lime for a scoop of vanilla, but hey lime and chocolate’s popular in some circles. Just not ours.

At the RRP of £40, the Klipsch S3 have very strong competition from cut-price older models like the Ultimate Ears Super fi 4 as well as current rivals like the Denon AH-C260 and Sennheiser CX300 pairs. At this price, they’re certainly the top of the pops but they’ve already been available for much less – £17.99 at the lowest. Between this price and £30, the Klipsch S3 make a lot more sense.

The Klipsch S3 do represent an improvement over bundled buds, but at the
RRP you can get better sound for your money. Bass is robust without
becoming overblown but the high end lacks detail and smoothness. We had
hoped for better when Klipsch’s higher-end earphones perform so well on
this front.