What is the Klipsch KMC 3?

The Klipsch KMC 3 is a portable Bluetooth speaker with larger-than-average driver units designed to give it a much more powerful sound than your average wireless speaker.

It knows how to slam, but at £350, we’re not convinced the KMC 3 gets you good enough sound for the price.

Klipsch KMC 3 not for you? Check out our round up of the best portable Bluetooth speakers

The Klipsch KMC 3 is a wireless Bluetooth speaker that is large enough to be considered an ‘at-home’ unit, but has a few nods to portability to make it easy to lug around.

There’s a carry handle in its top, its plastic body is heavy at 3kg and there’s a battery compartment on its bottom. You’ll need to raid your local electronics shop to power the thing, however, as it needs eight D batteries. We’d much rather have seen a rechargeable battery used in the KMC 3 – as seen in rivals like the Arcam rCube. 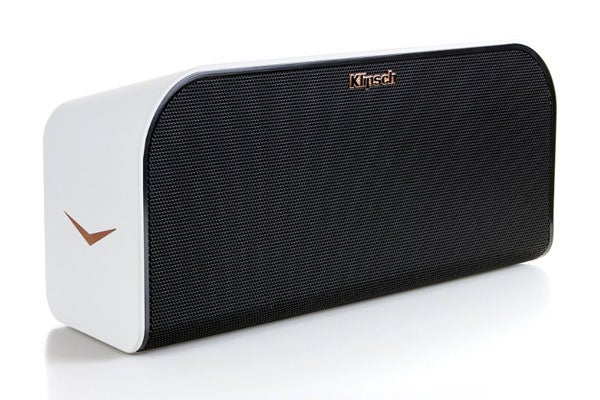 The downside of Klipsch’s half-hearted dedication to portability is that the KMC 3 doesn’t really feel like a speaker you’d be proud to have as a centrepiece in the living room. At £349, we think something like the Philips Fidelio DS9000/DS9010 looks and feels classier.

There are some nice design tweaks to the KMC 3, though. There’s a rubberised panel by the carry handle that’s intended to act as a place to stash your phone or iPod while streaming from it, the back has a USB port to let you charge your mobile device at the same time, and the front is covered by a fairly tough metal grille. 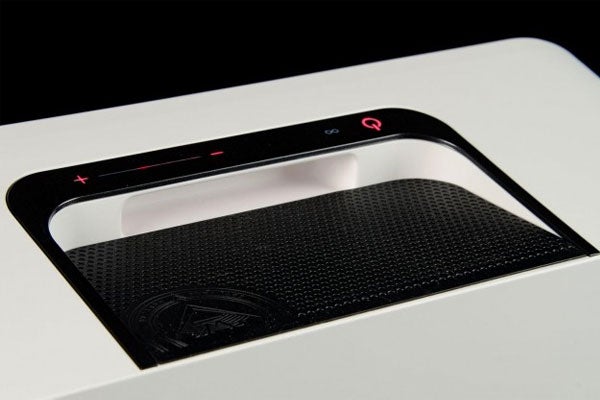 The rear of the Klipsch KMC 3 also features a 3.5mm jack socket, to let you plug in non-wireless sources. As a Bluetooth speaker, you’ll mostly control the KMC 3 from your phone or tablet, but there are a few buttons on its top – touch-sensitive panels to let you switch the speaker on and off, and control the volume.

The Klipsch KMC 3 is a little adolescent in its approach to a wireless speaker. Its shape and handle make it the modern day equivalent of a ghetto blaster, and it has the driver array to match.

It has an unusually large 5.25-inch subwoofer and two 2-inch drivers that handle the mid-range and treble. The Klipsch KMC 3 sound is typical of a setup that prioritises bass – the low-end is a little inflated and isn’t entirely well-controlled.

The bass is immensely big, deep and beefy when you crank the volume up, and we don’t doubt that people like big bass. Sub-bass performance too beats most of the competition. 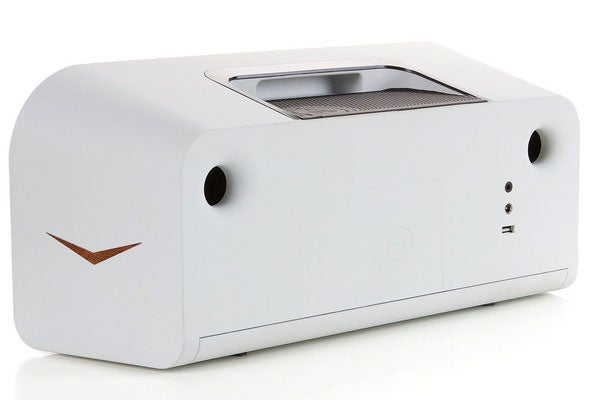 However, it is unbalancing and does seem at odds with the relatively high price. The bass would come in handy for outdoors listening – open spaces tends to make bass dissipate – but that just makes us wish the KMC 3 had a battery built-in. Again, this is something that feels like it could have been included at the price.

Treble clarity and the rest of the sound’s balance is decent, but there’s not quite the level of fine detail you’d hear in a speaker of this grade with a decent dedicated tweeter or two. However, it does offer apt-X support – a higher-quality Bluetooth audio codec that more-or-less fixes the quality degradation of Bluetooth streaming.

To distil the situation to a sentence, the Klipsch KMC 3 is a great party speaker, but not one we’d necessarily pick at the price for everyday listening. 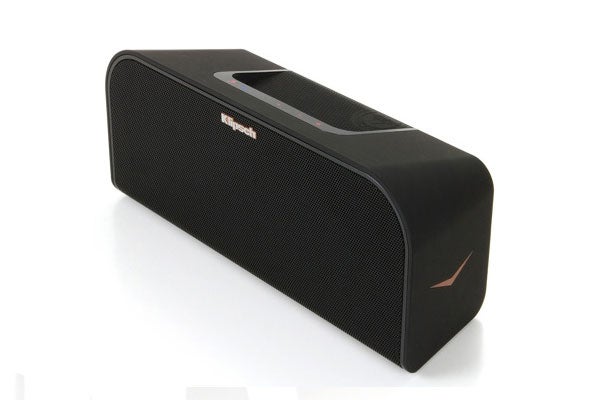 Should I buy the Klipsch KMC 3?

The Klipsch KMC 3 is one of the more powerful-sounding wireless speakers at the price. A 5.25-inch subwoofer ensures it can pounds out beats more authoritatively than much of the competition. However, we’re not convinced its sound and feature array is worth the £350 asking price. Shave £100-150 off and we’d be much more convinced.

Without Wi-Fi, an integrated battery or particularly impressive audio fidelity, it’s clear that Klipsch is happy to charge what it thinks people will pay for a speaker like this. Cynicisim aside, though, if  big, deep bass if just what you’re after, the Klipsch KMC 3 has it.

The Klipsch KMC 3 offers more pounding, deeper bass than the vast majority of its wireless rivals. It’s simply a much more expensive option.

Next, read our round-up of the best headphones to buy