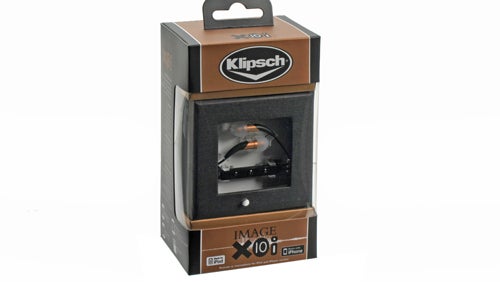 Nevertheless, if the expensive is something you can cope with there’s good reason to do so. The ‘i’ part of the name inevitably betrays these as earphones designed for use with an iPhone or iPod touch, with the in-line remote which that entails found at the Y-split in the cable. But even with that extra weight, the X10i are still among the very lightest of earphones available.


In fact, we’ll go so far as to say that with the provided clip attached and supporting the in-line remote’s weight, the Image X10i earphones offer a level of comfort paralleled only by the Image X10 before them. It takes a conscious effort to remember that you’re even wearing earphones with the Image X10i inserted, which makes wearing them long-term blissfully free of discomfort. 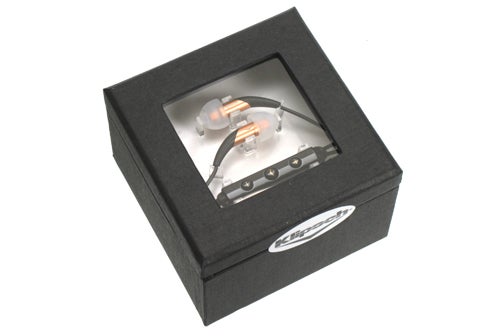 The design of the Image X10i is every bit as appealing as that of the Image X10. The body of each earpiece is constructed from aluminium, finished in anodised copper (so it won’t go green Statue of Liberty style) and as a result looks fantastic. The metal construction imparts a feeling of quality that rival plastic-built earphones simply can’t compete with. It also lends confidence in the longevity of the X10i.

The same can’t be said of the cable. While it’s clear this has been kept thin as part of the Image X10i’s weight-saving routine, it doesn’t feel particularly durable. That said, Klipsch doesn’t seem unreasonable touting the wiring as especially “tangle-free” in nature – we didn’t notice it knotting itself up at all. This may well improve resilience – in our experience constant uncoiling of snarled up cable is what places the most stress on it, causing it to break, in the first place.


One plus point of the cable is that it hardly transmits any noise from knocking about at all – especially when clipped in place. Even unclipped, the lightness means there’s little risk of the wire catching and pulling the earpieces out, which is a frustration we have encountered with sturdier cabling. 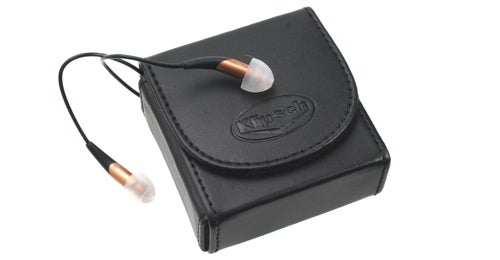 Klipsch does a decent job on the accessories front. Included with the X10i earphones is a hard, faux-leather carrying case, a 2.5mm to 6.25mm adaptor, an earwax cleaning tool, and an aeroplane adaptor. It’s a decent mix that’s neither exceptional nor disappointing.


The in-line remote works as advertised. The volume controls are only compatible with the newer models of iPhone and iPod touch, but the play/pause button works with even the original iPhone, both controlling music and answering or dropping phone calls. The microphone is of as good quality as could be wanted. We had no complaints from recipients of our test calls – all parties could be heard clearly. 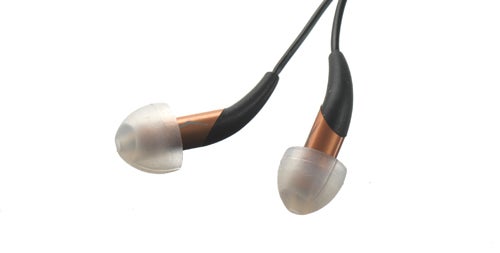 As we noted with the Image X10, the Image X10i produce great low-end depth, punch and clarity. Lesser earphones let powerful bass response overpower the rest of the mix, but not so with the Image X10i. Vocals are detailed accurately and smoothly, blending in to the strong bass line. A clean, crisp high end rounds out the overall image, giving a thoroughly pleasant overall listening experience.


But while the Image X10i earphones sound great, there’s better to be had for similar money. Though superseded by the SE535 earphones, it’s still possible to find a pair of SE530 for a similar price to the Image X10i and the former are simply better – offering more clarity, more precision and greater value for money. That said, the Image X10i shouldn’t be ruled out, winning out on comfort and having that in-line remote to consider.


You’ll have to own an iPhone of iPod and be really keen on the idea of an in-line remote to buy the Klipsch Image X10i earphones. They look great, sound fantastic, and are inordinately comfortable, but the price is very high, making it especially convenient that the Image X10 earphones are still available for significantly less money.