What are the Kitsound Outrun?

The Kitsound Outrun are affordable sport Bluetooth headphones. They have a band that runs around the back of your neck so you don’t have to worry about losing them and ear-hooks to keep them secure.

With decent features and fair tonal balance, they appear to be a decent option at first. However, the £40 Kitsound Outrun sound just isn’t quite good enough and they aren’t particularly comfortable either. 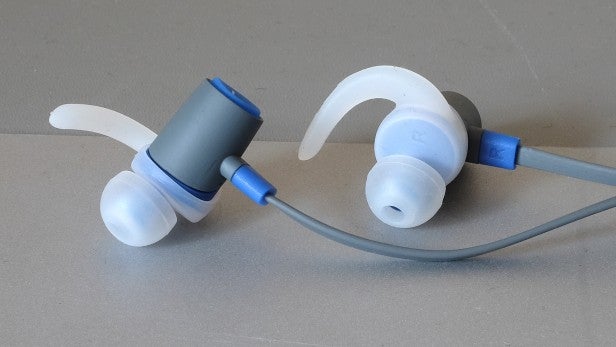 The Kitsound Outrun are neckband earphones, but provide less of a design challenge than “next-gen” wireless earphones such as the new Apple EarPods. Having a cable between the earpieces enables Kitsound to offer space into which it can fit the necessary battery and electronics.

The earpieces are fairly large by conventional standards, but the Kitsound Outrun battery appears to be kept in the remote housing that dangles under your right ear.

At first glance, the design appears sensible. Playback controls sit with ear-hook stabilisers that look just like those seen in the Bose SoundTrue Ultra – a very comfy pair of earphones. 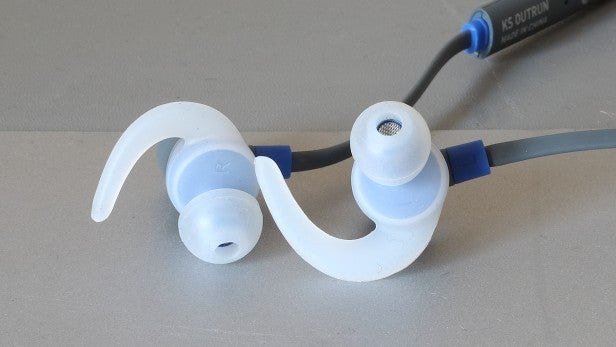 In practice, though, the Kitsound Outrun are slightly problematic. The remote tends to snag on things, and can even end up pulling the right earpiece out of your ear.

The ear-hook tips aren’t particularly comfortable either, mostly because they’re not moulded to properly fit the shape of your ear. Everyone’s ears are different, of course, but I find the jutting lip caused by the chunky earpiece shells caused some discomfort after a while.

What I do like is the Kitsound Outrun’s separation of the ear hook and tips parts, and you get three of each in the box. While I didn’t manage to achieve a Bose-rivalling fit, experimenting with these tips is crucial to get both the best sound and decent noise isolation.

These earphones are also sweat resistant, certified to IPX4, meaning they’ll withstand splashes but not being submerged in a vat of water. 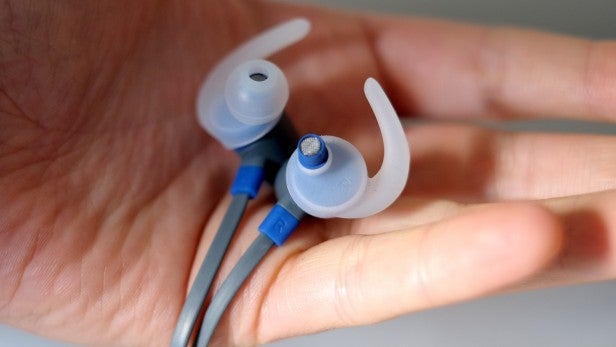 So the idea behind the design is sound, but its execution isn’t perfect. It demonstrates the reason that the majority of such earphones use a battery right at the back of the neckband to make the weighting more even.

Battery life isn’t great, either. Kitsound quotes six hours of use, but since the volume needs to be fairly high to match normal levels, you’ll likely get closer to four to five hours between charges. This is a little too close to the dismal stamina of cable-free pairs. 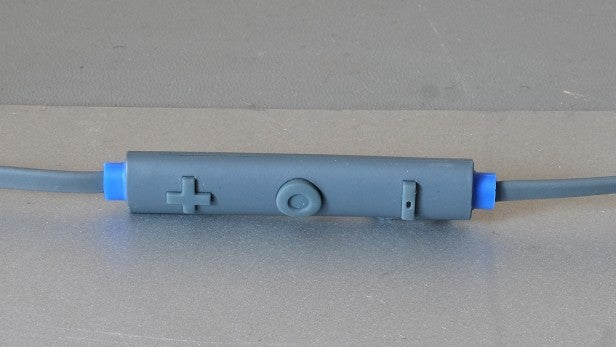 Like nearly all earphones of this style, the Kitsound Outrun use Bluetooth to receive music from your phone. It’s easy to setup and I didn’t lose connection during testing. However, the feed’s reliability is less than solid.

Moving around causes fairly frequent digital “blips” that are distracting, but typical of cheaper Bluetooth headphones. This is was most common whilst using the Kitsound Outrun out in London, competing with quite a lot of wireless interference, although I did experience the occasional blip even when using them at home.

One nice little surprise is that the Kitsound Outrun support aptX, getting you a higher-quality stream than standard Bluetooth. There’s no NFC to make pairing that bit quicker, however. 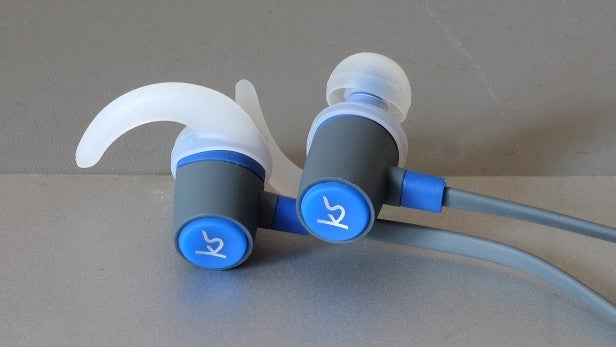 You have a choice of sound profiles with the Kitsound Outrun. If you want to be able to hear what’s going on around you, a smaller tip and larger ear hook will reduce isolation. For the classic IEM fit, you’ll use a larger tip that blocks off your ear canal completely.

There’s quite a difference in sound between these two styles.

With the slimmer tip, the bass is much reduced, resulting in a more balanced tone to my ears. However, since the Kitsound Outrun are really tuned for a complete seal, it also makes the mid-range sound quite hard. At higher volumes it becomes a bit of a trial to listen to after a while.

Using the “proper” fit, maximising isolation, but reducing your awareness of what’s around you, the bass is much greater. It’s also sloppy, however. 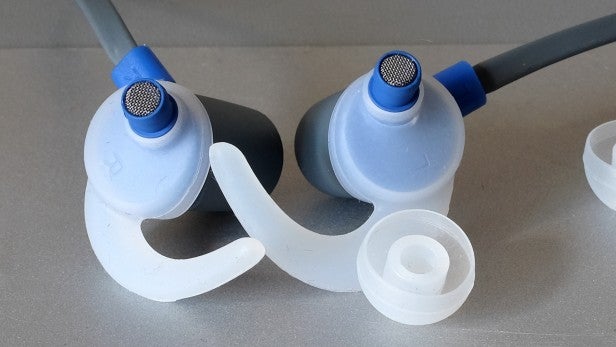 The low-end is slow and a little boomy, resulting in a classic warm but lazy sound. It solves the harshness issue as a result of the Kitsound Outrun not properly sealing with your ear canal, but predictably it means that dynamics and the energy of the sound aren’t close to wired alternatives around the price – the SoundMagic E10C and Fidue A65, for example.

It’s a basic sound then, but the wider low registers will actually help buoy the sound while you’re running, much as they dominate a bit too much if you’re listening at home. There’s also a noise bed to the sound, but you’ll only notice it if playing music at very low volume.

As long as you achieve a good fit, the mids and treble sound fair – although they live under the thumb of that over-fed bass. One of the main niggles of the Kitsound Outrun is that to get the seal required for optimal sound, you tend to have to wiggle the earpieces around a bit, and that’s precisely what sets off the ear discomfort that’s a result of their unhelpful shape. 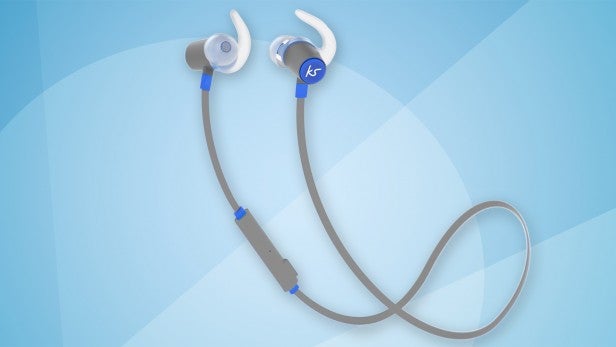 Should you buy the Kitsound Outrun?

The Kitsound Outrun are flawed wireless earphones. They could be comfier, could sound better, and it would have been nice had the chunky remote part not been so keen on snagging on your coat.

I don’t love them. However, for a similar set of earphones from the bigger brands you’ll tend to pay more  – well over £100, in fact. The lingering issue, however, is that we’re not entirely convinced that the quality of the Kitsound Outrun is all that much higher than one of the many “no brand” sets you’ll find from Amazon for around £20.

Affordable sports headphones, but the sound quality and Bluetooth reliability are less than perfect.