What are the KitSound Comet?

The KitSound Comet are the cheapest AirPod-like wireless earphones you’ll find outside of Chinese imports. At £25, they cost the same as a normal pair of budget earphones. The Apple AirPods, on the other hand, will set you back £160.

There’s plenty more to like here than the price, too, including good wireless stability, “industry standard” battery life and passable comfort. Keep your expectations on sound quality low, however. The KitSound Comet sound worse than many of the earphones bundled with the smartphones these days. 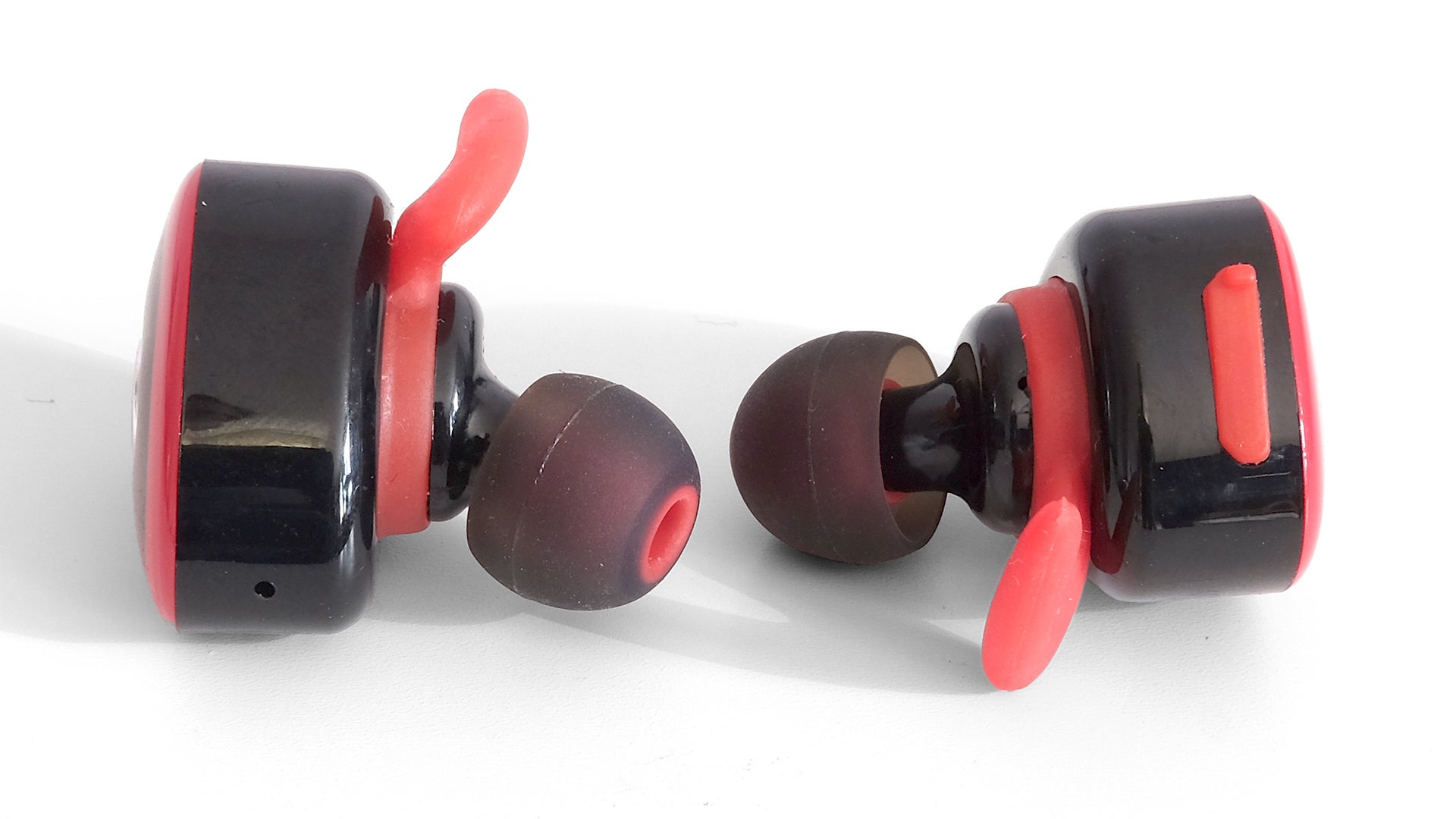 The KitSound Comet are true wireless earphones. That means no cabling in-between the earpieces, and obviously no cable to connect them to a phone either. Many such pairs will cost over £100. The Kitsound Comet have a RRP of £39, and can be found online for just £25.

Of course, these earphones are a little basic when compared to models such as the Jabra Elite Sport. The earpieces are made from plastic; a silicone anchor keeps them in your ears. 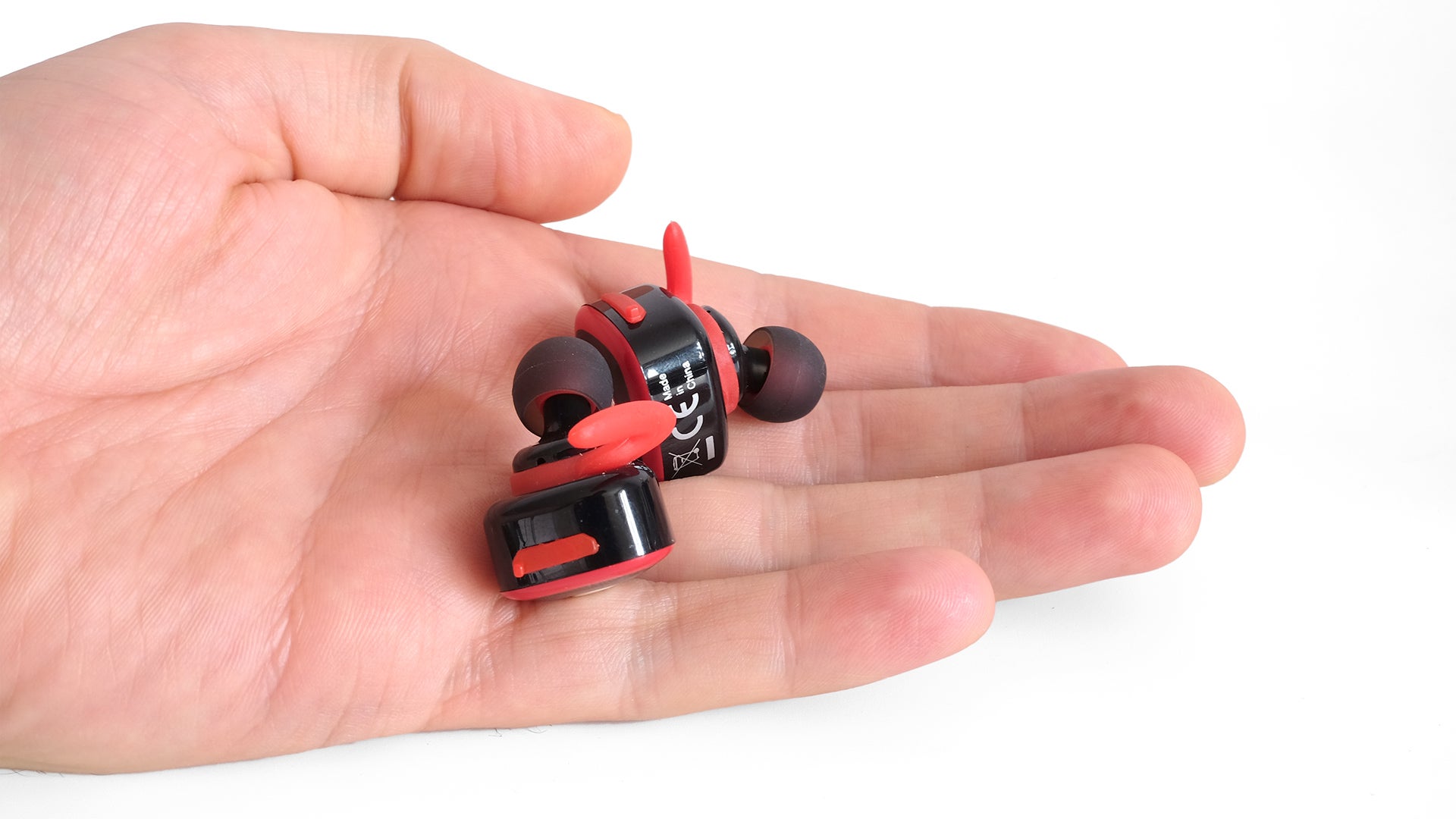 I’ve used a number of “true wireless” models recently, and in comparison it’s clear that the KitSound Comet aren’t quite as ergonomically designed as more expensive earphones. Initially, they weren’t particularly comfortable. However, since they’re so lightweight, it is possible to wear them for the duration of their battery life without discomfort.

The KitSound Comet will last for up to four hours between charges. If you’re new to this kind of headphone then that may sound terrible. However, it’s about as much as you can expect from true wireless earphones.

Unlike more expensive models, the KitSound Comet don’t come with a charge case; they have to be plugged in. You’ll find a micro-USB socket on each earbud, and the bundled cable plugs into both so you don’t need two chargers. 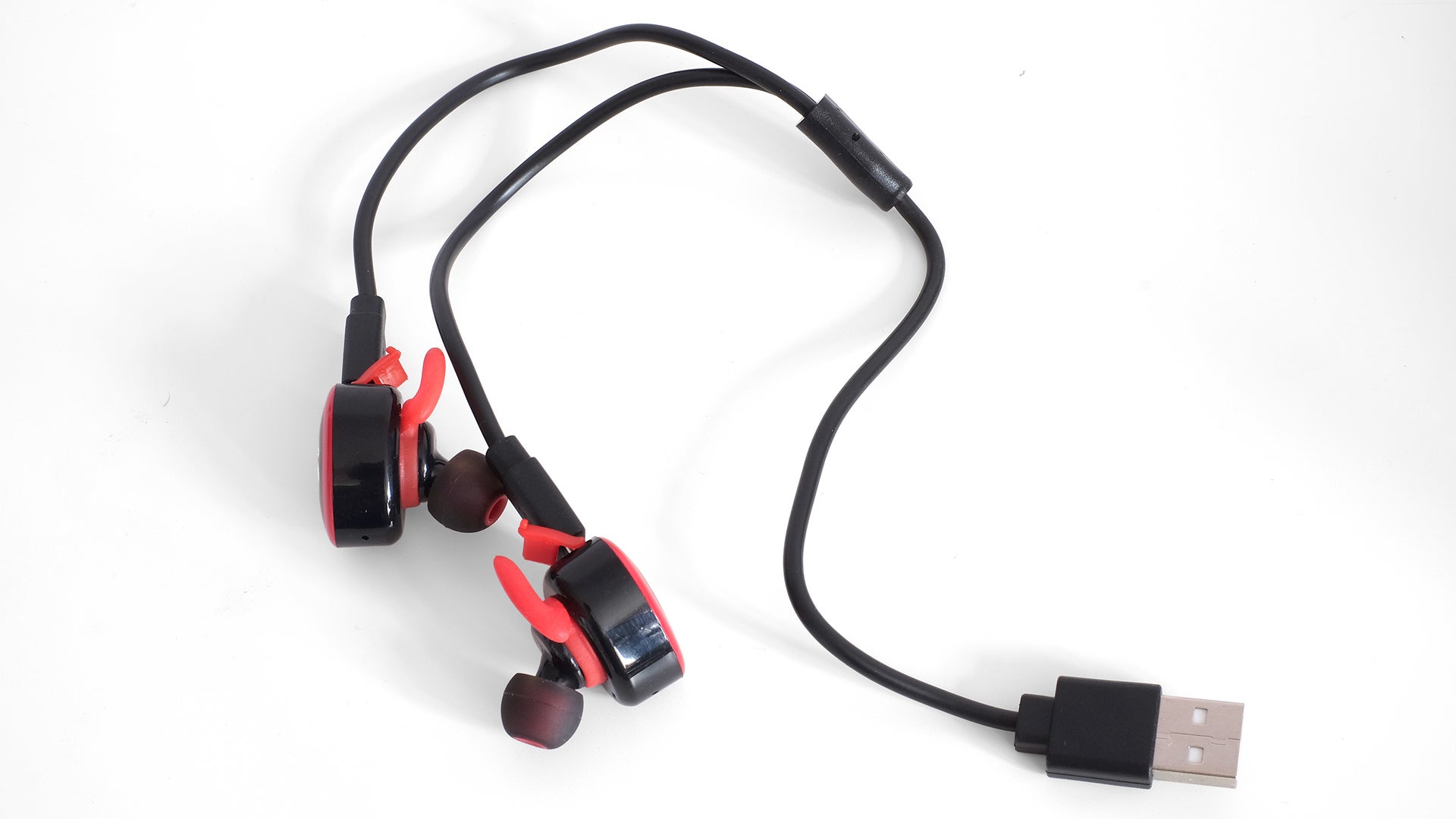 So these earphones aren’t terribly convenient, then – but it’s hard to get too upset when you consider their price.

Wireless performance is remarkably good. Earlier true wireless earphones suffered with annoying drop-outs – and unlike normal Bluetooth headphones, there isn’t just the connection between phone and earphones to consider. One of the earpieces receives the signal and then passes it over to the other. A bad connection can therefore leave the audio phasing out of the secondary earpiece. 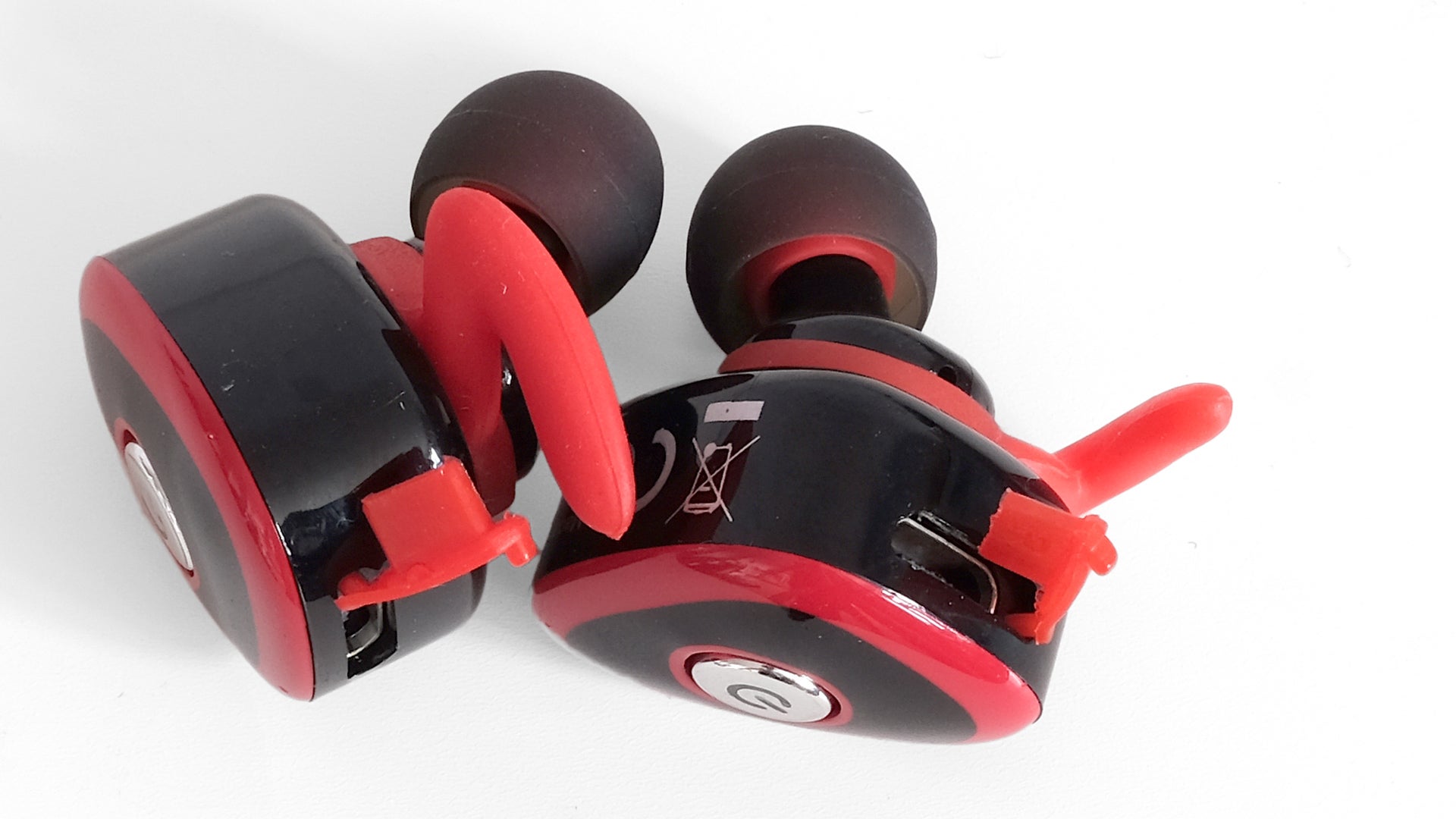 Thankfully, this is a rarity with the KitSound Comet. Basic wireless performance is as good as headphones costing several times the price, making these earphones a practical and usable solution – as soon as you learn to live with the limited battery life.

Like a lot of true wireless earphones, they lack track or volume control on the earpieces. The button on each earpiece is for power on/off, and that’s it. 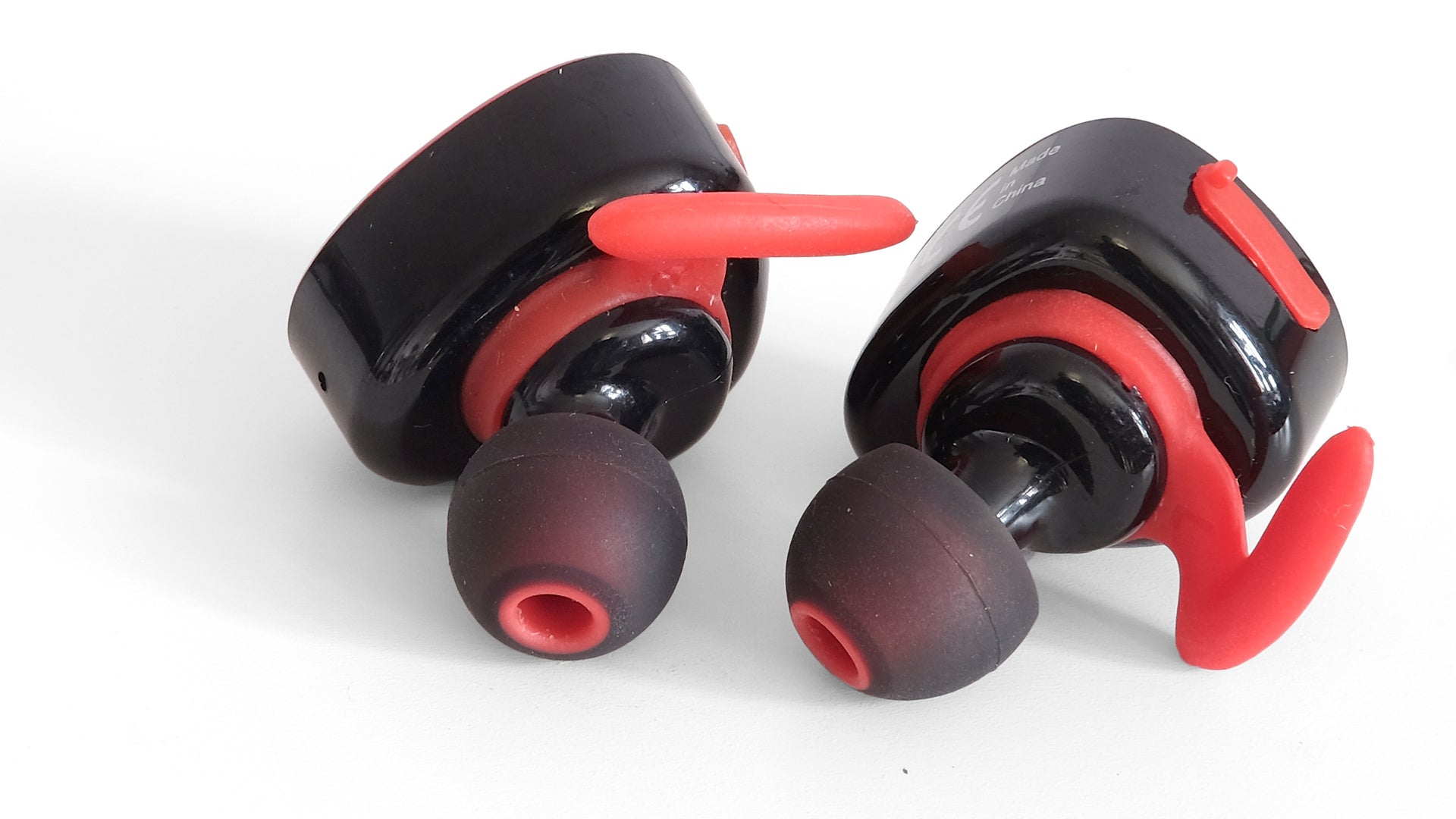 There’s only one true problem with the KitSound Comet: sound quality. It’s poor. While this might not be a surprise given that they cost a sixth of the the price of the Apple AirPods, if you’re expecting a sound upgrade then you won’t get it here.

Almost every aspect of the KitSound Comet sound is either mediocre or poor. Bass depth is feeble, dynamic range is limited and the soundstage is narrow. 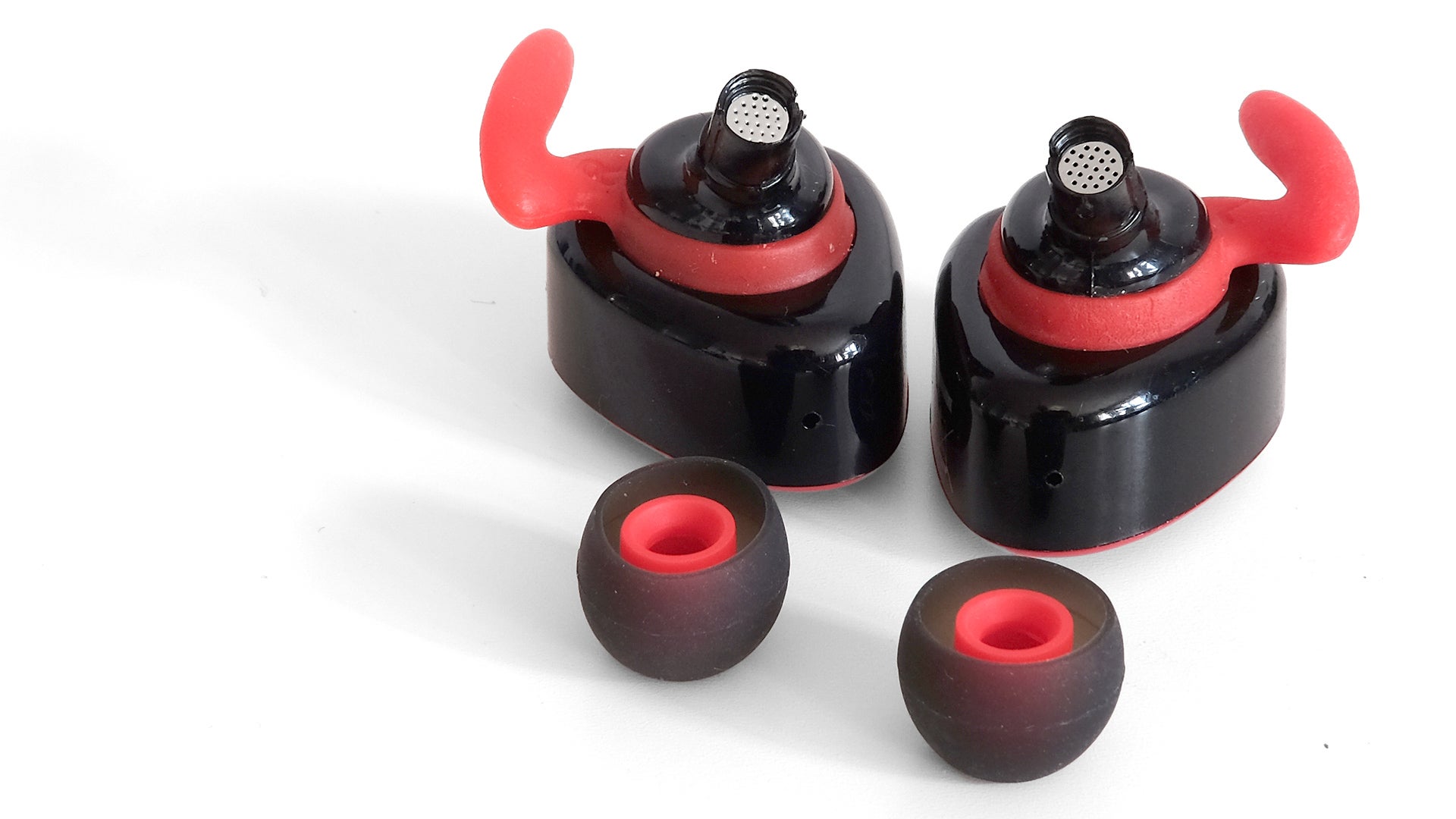 The tone is unrefined and has the coarse finish of a true bottom-rung set of earphones. Hard treble and upper-mids make them a bit of a trial for the ears at higher volumes.

I rarely complain about earphones not displaying enough bass, but I wish the Comets had a bit more oomph. True wireless earphones such as this should be a good fit for a noisy commute or gym workouts. The Comet don’t have enough drive to work well as exercise earphones. Even cheap, regular earphones such as the Philips SHE9105 offer up better sound quality.

Come to this model expecting only so-so sound quality, however, then you won’t be disappointed. The KitSound Comet sound isn’t good, but it isn’t offensive either. None of the deficiencies or skews are so profound that these earphones sound broken. 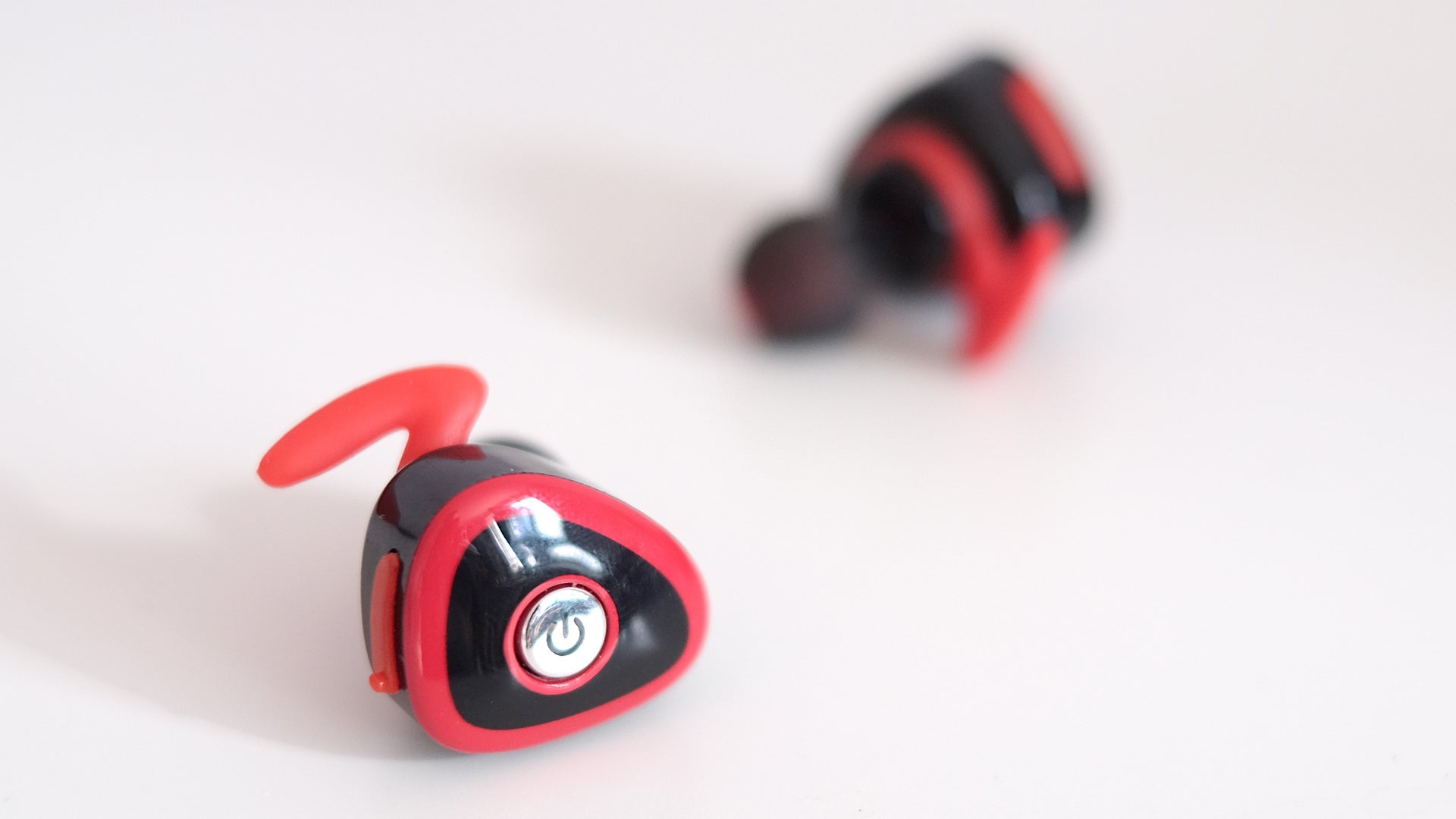 Should I buy the KitSound Comet?

The KitSound Comet don’t compare well to the majority of earphones out there. If true wireless is simply a ‘nice extra’ for you then I’d recommend the Skullcandy Method Wireless instead. These neckband wireless earphones offer far richer sound that’s more dynamic and, in general, are a far more enjoyable listen.

However, I can’t deny that the KitSound Comet work surprisingly well. Battery life is fine in this class, and their wireless reliability is remarkably good. Some early wireless pairs at four times the price of the Comet weren’t capable of offering such stability.

The price is great, proving that true wireless technology needn’t cost the earth. Now we just need someone to do this with better sound quality.