What are the KitSound Arena?

Can a £50 pair of over-ear headphones really provide a good wireless experience? KitSound certainly wants you to believe they can, and claims to offer just that with its Arena headphones. The company has a range of budget wireless units, all under £100, with the Arena sitting just below the most expensive KitSound Immerse.

And while the Arena lack the active noise cancelling of the pricier pair, they do come with a range of extras including on-ear controls, an in-line mic for taking calls, and a 3.5mm jack for wired use. You’d be forgiven for assuming these extras are just there to mask middling to poor audio quality, but the Arena may just surprise you. In fact, you should be surprised by most of what the Arena offers. 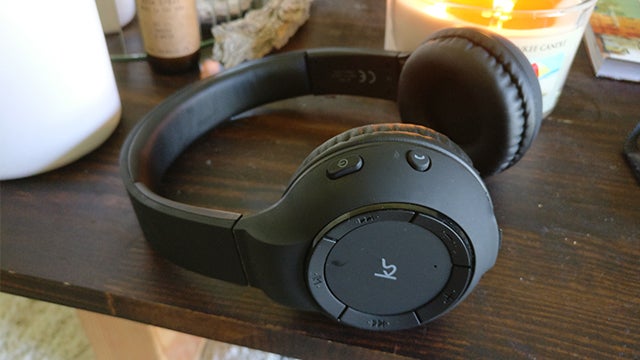 At first glance, the Arena appear to be a pretty slick offering for the price. There’s a choice between an all-matte-black finish, or a glossy black option with a brown finish on the ear cup pads and the inner headband. Both look pretty decent. And while there are no big design flourishes, the Arena could easily pass as a premium set of headphones. It’s only on handling them that you’ll notice they’re a tad flimsy, with the all-plastic casing giving away the headphones’ affordable status.

On the back of the left ear cup you’ll find the on-ear controls, with buttons for play/pause, skipping tracks, and volume, all arranged in a circle in the centre of the cup. The buttons feel a little cheap, but many will prefer this layout to the control knob on wireless headphones from Marshall, or the touch controls used on some more expensive sets from the likes of Sony.

On the side of that same cup you’ll find a power button and a dedicated control for answering phones calls. And just to keep everything in one place, the bottom of the left ear cup houses the USB charging port and 3.5mm jack – both of which are hidden below a rubber flap that took me some time to prise open. 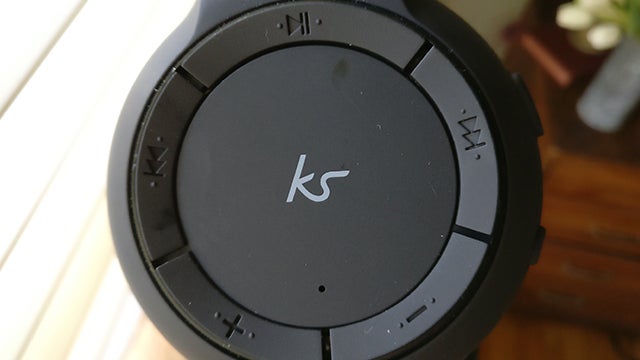 Again, given the low asking price you might expect the Arena to compromise on comfort, but that hasn’t been the case in my experience. As with any over-ear headphones, discomfort creeps in when using them for a prolonged period – especially if you wear glasses. But overall, the padding on the ear cups and headband makes for a perfectly comfortable pair that isn’t any more awkward to wear than other over-ear offerings.

The headphones fold up too, with the ear cups collapsing inwards to make the set more portable. In addition, metal side-arms extend to adjust the fit – although I found they were quite stiff, making the Arena difficult to fit to your liking.

Still, if you do drop the £50, you should be fairly satisfied with KitSound’s offering here. Pleasantly surprised, even.

Of course, these are wireless headphones so the big feature is Bluetooth connectivity. Once again, I was expecting issues at this price. But, after turning them on, I found that Bluetooth pairing was as straightforward a process as I’ve found with every other wireless cans I’ve used.

However, their range isn’t as good as you’d find on higher-end headphones – which is understandable given the price. I wandered about 10 to 15ft away and lost signal, but there were a couple of walls in the way. Still, using the £219 Marshall Monitor Bluetooth, I could leave my phone upstairs and continue to receive a signal from downstairs on the other side of the house. 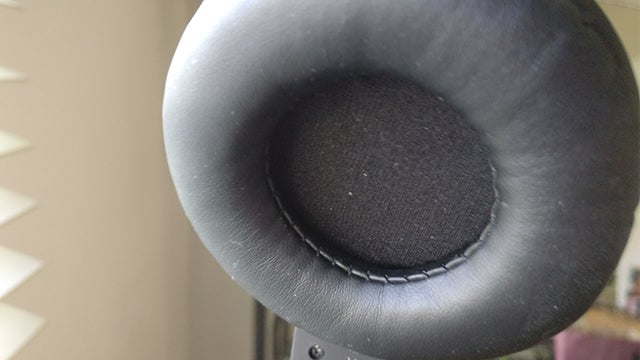 KitSound has added a few extras here, too. You’ll be able to listen to the headphones using the included cable thanks to the 3.5mm jack on the base of the left ear cup. There’s also an in-line mic, so if you want to make or take a call, the Arena will pick up your voice, allowing you to wander around with the headphones on while carrying on a conversation.

Meanwhile, the 300mAh battery allows for up to 10 hours of play time, according to KitSound. I found that claim to be pretty accurate, and while 10 hours isn’t the most impressive battery life I’ve seen, it’s difficult to complain when KitSound only wants £50 for its trouble.

Here’s where the Arena will really surprise you. The Arena manage to deliver dynamic and lively sound, even if the treble isn’t quite what it could be. I have to admit, I wasn’t expecting much from the Arena, especially having just tried out the abysmal Urbanista Rome, which are £10 more expensive and whose sound performance proved seriously poor.

But after powering on and pairing the Arena, I started listening to my usual playlist of various genres and was immediately surprised by the sound being produced. The bass tones here are definitely boosted, which may or may not be your thing, but I was impressed by the heft on the low end. Mids were also nice and clear, with the sound having a robust and full presence. 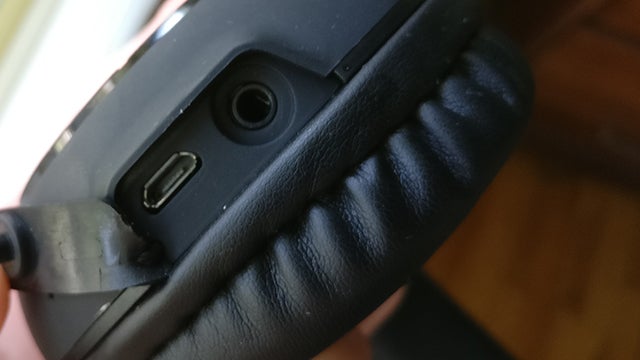 That said, it’s clear the Arena aren’t so good when it comes to treble. You can EQ your way out of it somewhat, but KitSound has clearly skimped on the high frequencies here. Weirdly, the clarity is actually quite good, even if the treble tones are pretty dull.

Even with that drawback, the overall sound signature here is decent for £50 headphones. You won’t be getting the crystal clear audio that comes with more expensive sets, and the £120 Marshall’s MID Bluetooth will offer much more comprehensive sound quality for less than £100 more. Still, the Arena will manage to surprise you once you start listening. 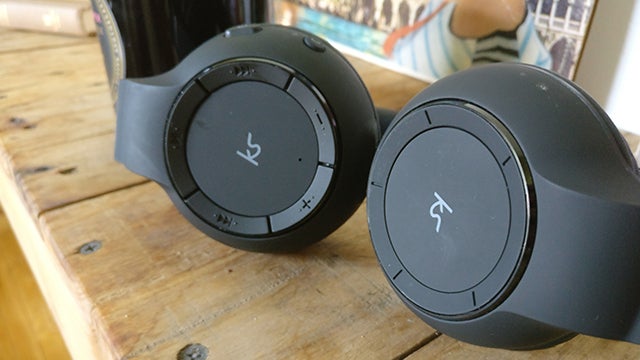 Should I buy the KitSound Arena?

KitSound is offering a great deal here. You’ll pay way under £100 for decent design and surprisingly good sound quality. If you’re looking for a decent set of budget over-ears, the Arena are definitely worth checking out.

In fact, the Arena surprised me so much that I found myself looking for the catch. With that in mind, I had a search around the internet, only to discover numerous complaints on Amazon of the headphones breaking. Whether it’s sound dropping in one ear cup, buttons not working, or the actual casing cracking, users seem to be experiencing issues. I can’t say that I experienced any such problems in my two weeks with the Arena, but consider yourself warned.

With that caveat made clear, the Arena are still notable for offering a surprisingly good audio experience and extra features for the price.

KitSound’s budget wireless headphones offer sound that definitely isn’t budget – but it may not last all that long.