Cutting the cables and going battery-powered makes the KitchenAid Cordless Food Chopper a convenient tool to grab and go, particularly in smaller kitchens with few power points. Its 1.19-litre jug is sized for smaller dishes, as is the 24W motor. If you need a tool for tougher ingredients or larger dishes, you'll need to look elsewhere, but this mixer does its intended job well. But, there's no getting around the price, and the addition of a battery makes this an expensive tool, with more niche appeal.

So many devices are going cordless that why not common kitchen appliances, such as the food processor? With the KitchenAid Cordless Food Chopper, you get to cut the cables with a small food processor that will cope with smaller amounts of food and less tough ingredients.

With KitchenAid’s usual build quality, this is a well-made and compact tool, but the relatively high price and a few restrictions will mean that it’s not for everyone.

With a choice of Empire Red or Black, the KitchenAid Cordless Food Chopper has the company’s traditional levels of style. This model is plastic, rather than metal, but that makes sense as this is a device that’s built to be easy to carry around and set up.

You get a 1.19-litre jug that sits on top and locks neatly into place. It’s not a huge amount of volume, so this is more a device for cutting up smaller amounts of ingredients, or for making the odd sauce. If you want to cook for lots of people or cook in batches, you’ll want a plug-in model.

In the box, you get a blade assembly for chopping and dicing and a whisk attachment for mixing salad dressing and fluffing up egg whites. 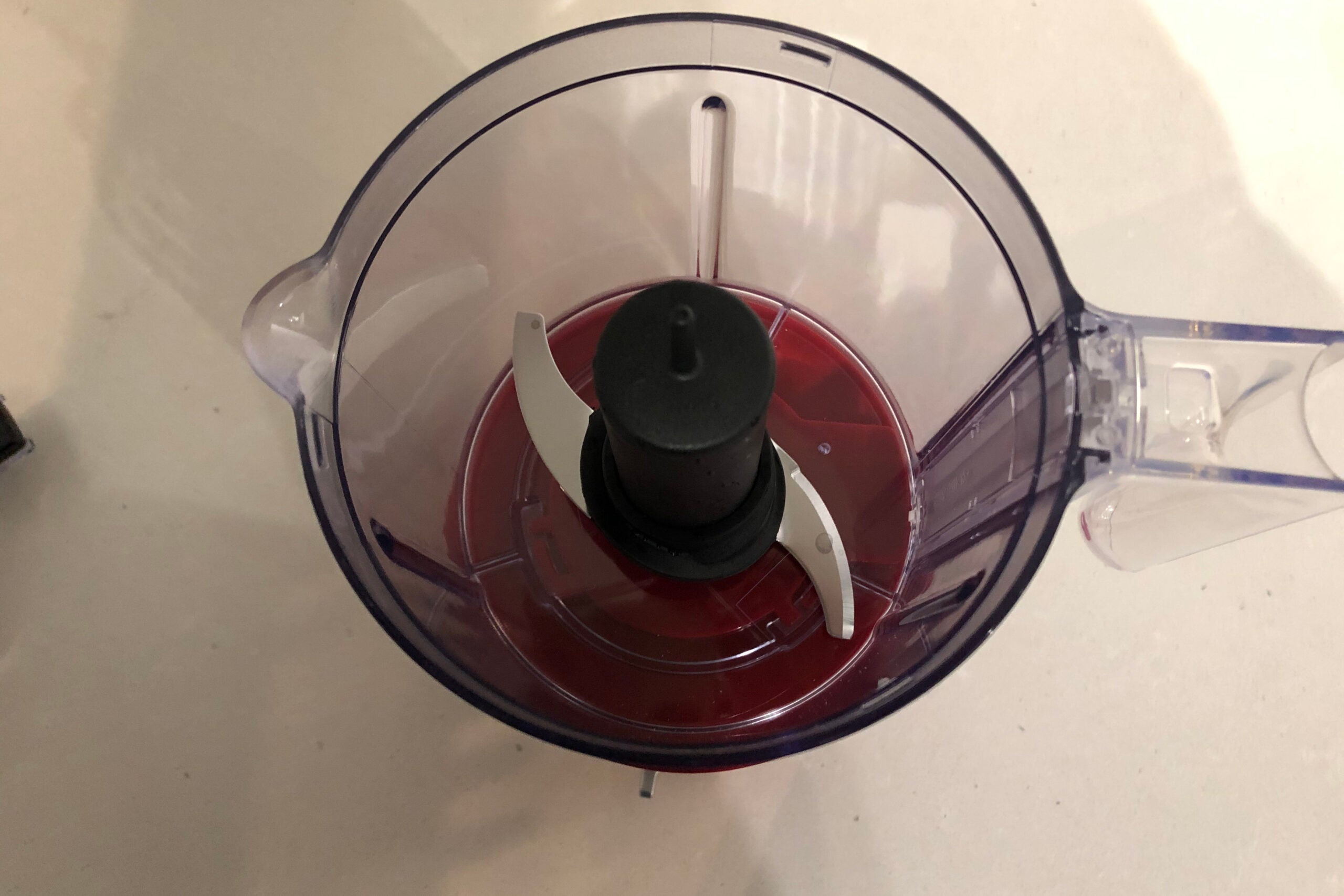 There’s a simple control dial on the front, with just two speed settings. Selecting a speed doesn’t turn the Chopper on, and you have to press the pulse button on-top of the jug’s handle. This gives you fine control over what you’re doing, but without an on/off control, tackling longer jobs is a little more tiresome. Again, this demonstrates that this is a simple product for lighter jobs. 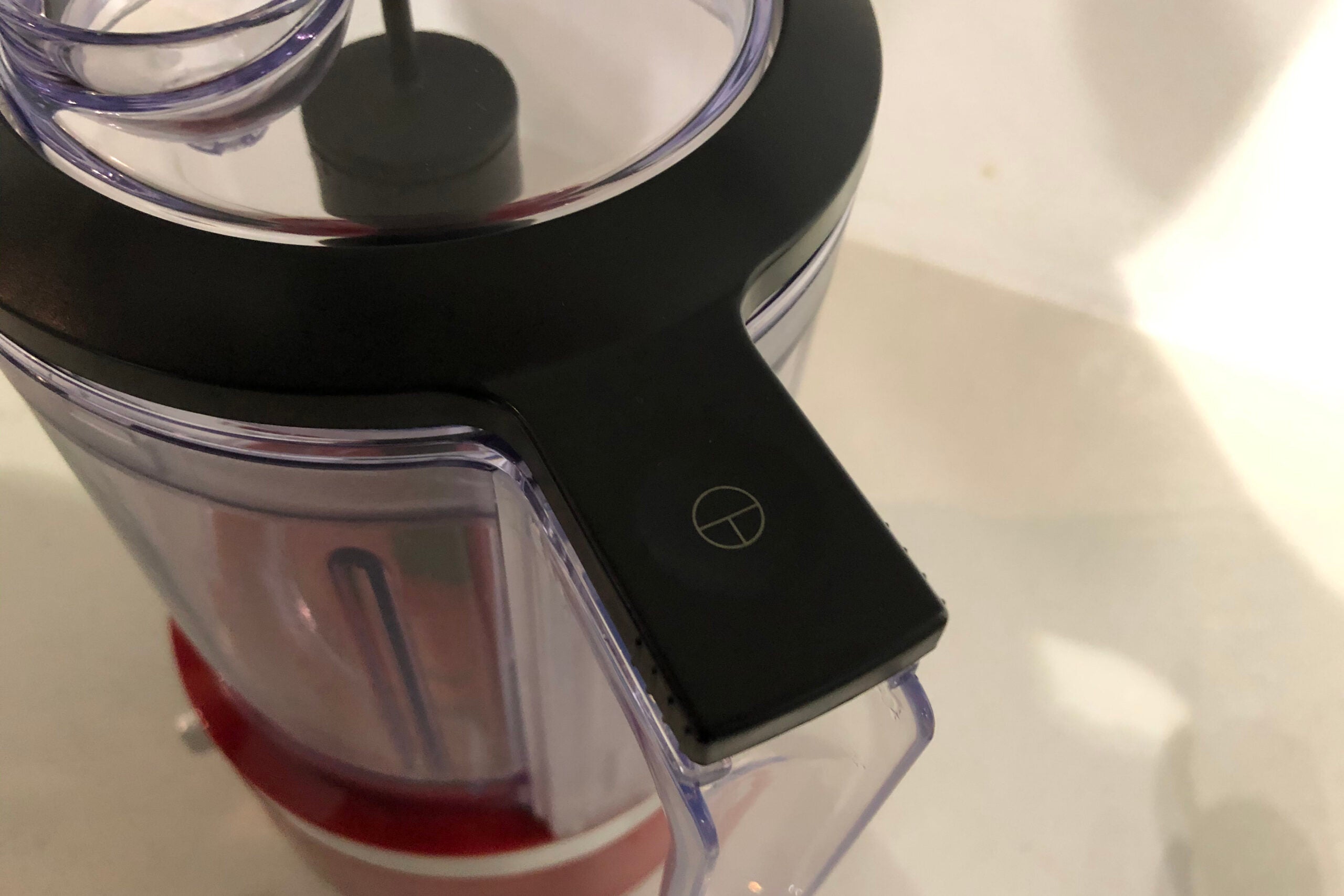 Neatly, the lid has a drizzle basin, so you can slowly add oils and other liquids into the mix as you blend. 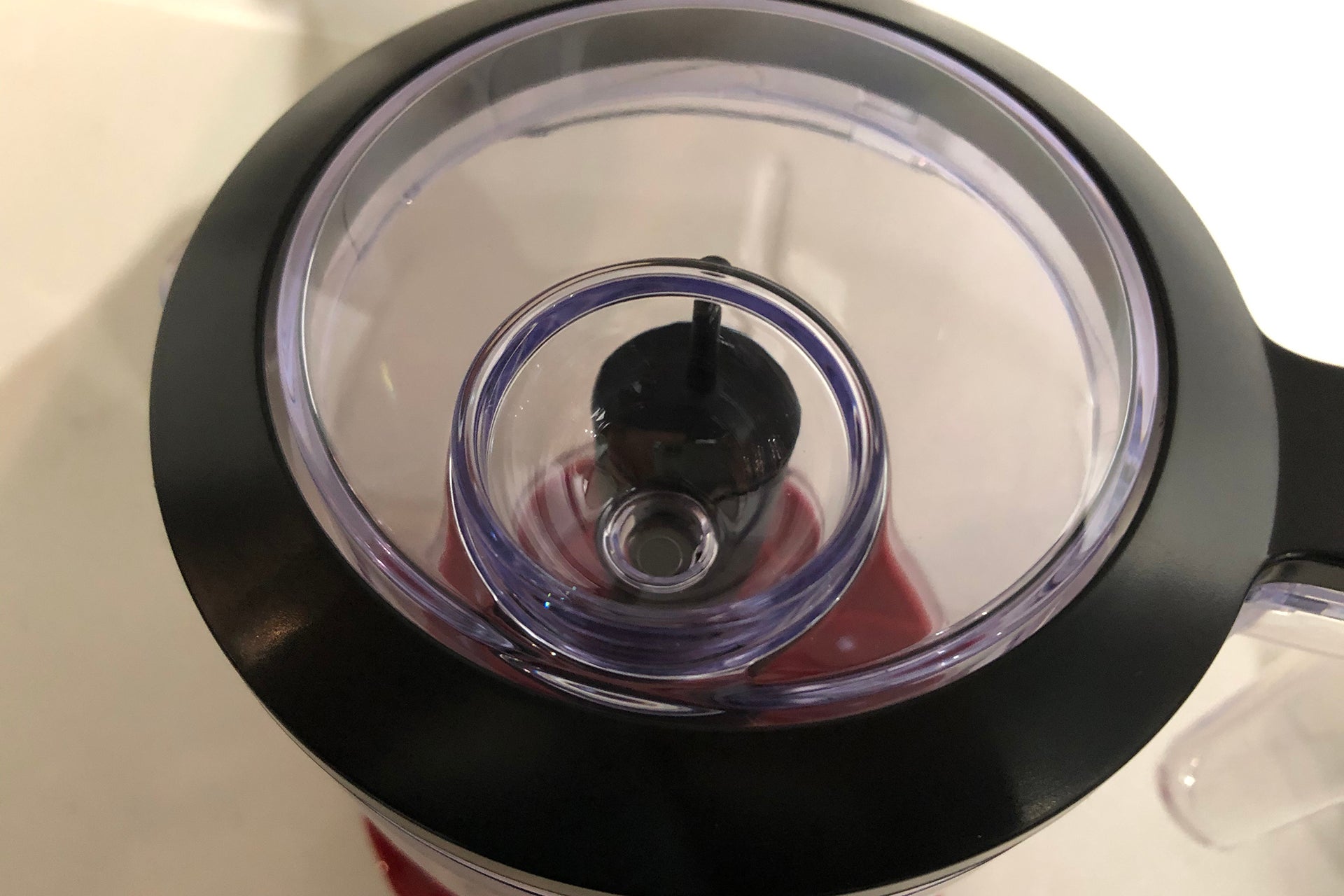 When the dial is set to the ‘0’ position, you can plug the charger in to top up the internal battery. This layout means that you can’t charge the food processor and use it at the same time. 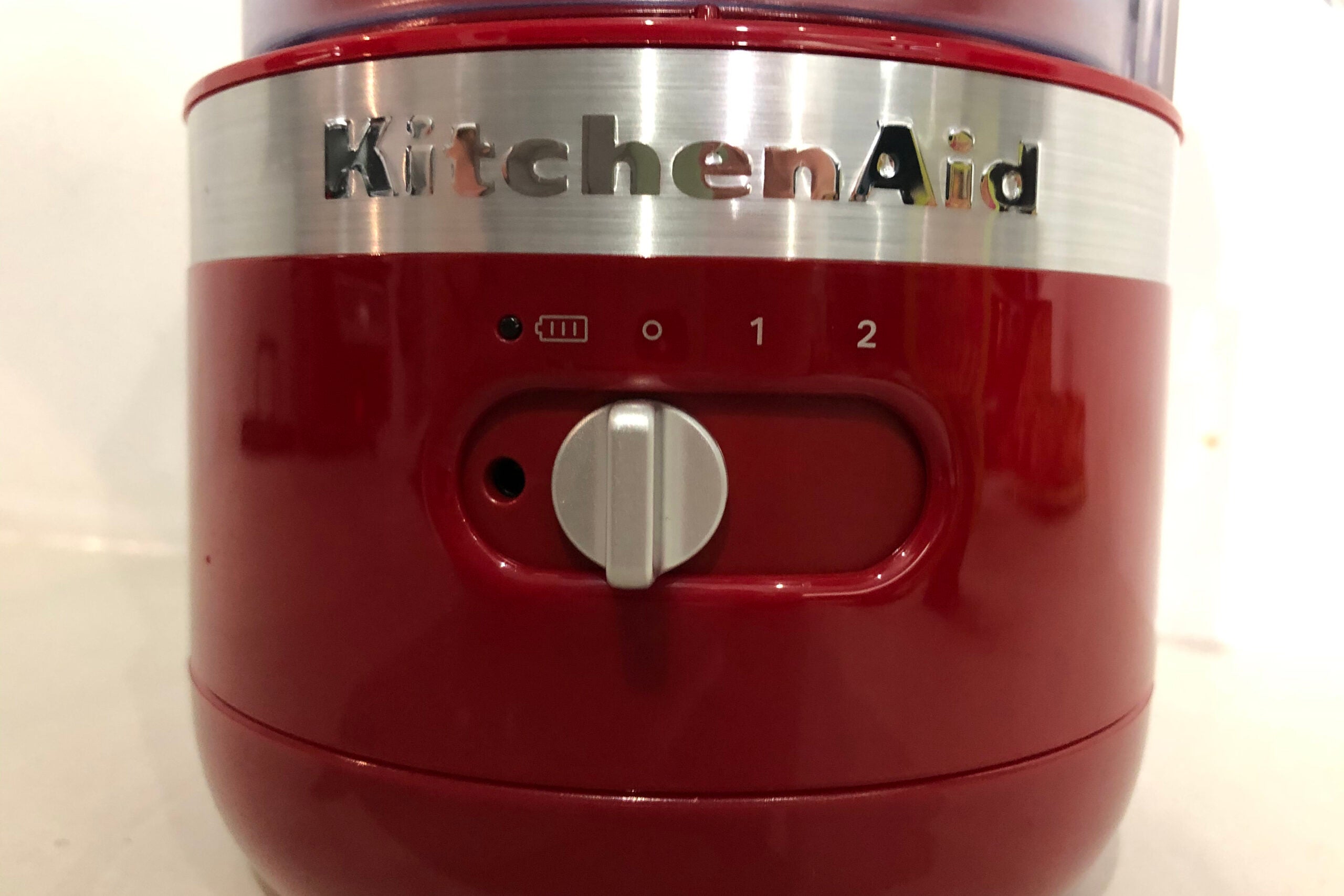 With enough battery power to chop up to 40 onions, you shouldn’t run out of juice part way through and job, and you’ll get a few kitchen tasks out of this before you have to charge. Even so, I recommend charging when you’re finished with a major cooking session, so you’ve got juice for the next time you need the tool.

If you forget, then a 10-minute charge will give enough juice for chopping around 11 onions, while a 2-hour charge will get you back to full capacity. Once done, everything can go in the dishwasher, so there’s not a lot of mess to tidy up.

Given that this is a small food processor, I tackled the types of job that it’s built for, starting off by making a salsa for nachos. First, I roughly cut some onions and dropped them into the bowl, then used the Chopper on speed 2. It made its way through the onion, resulting in a finely-diced finish with even-sized chunks. 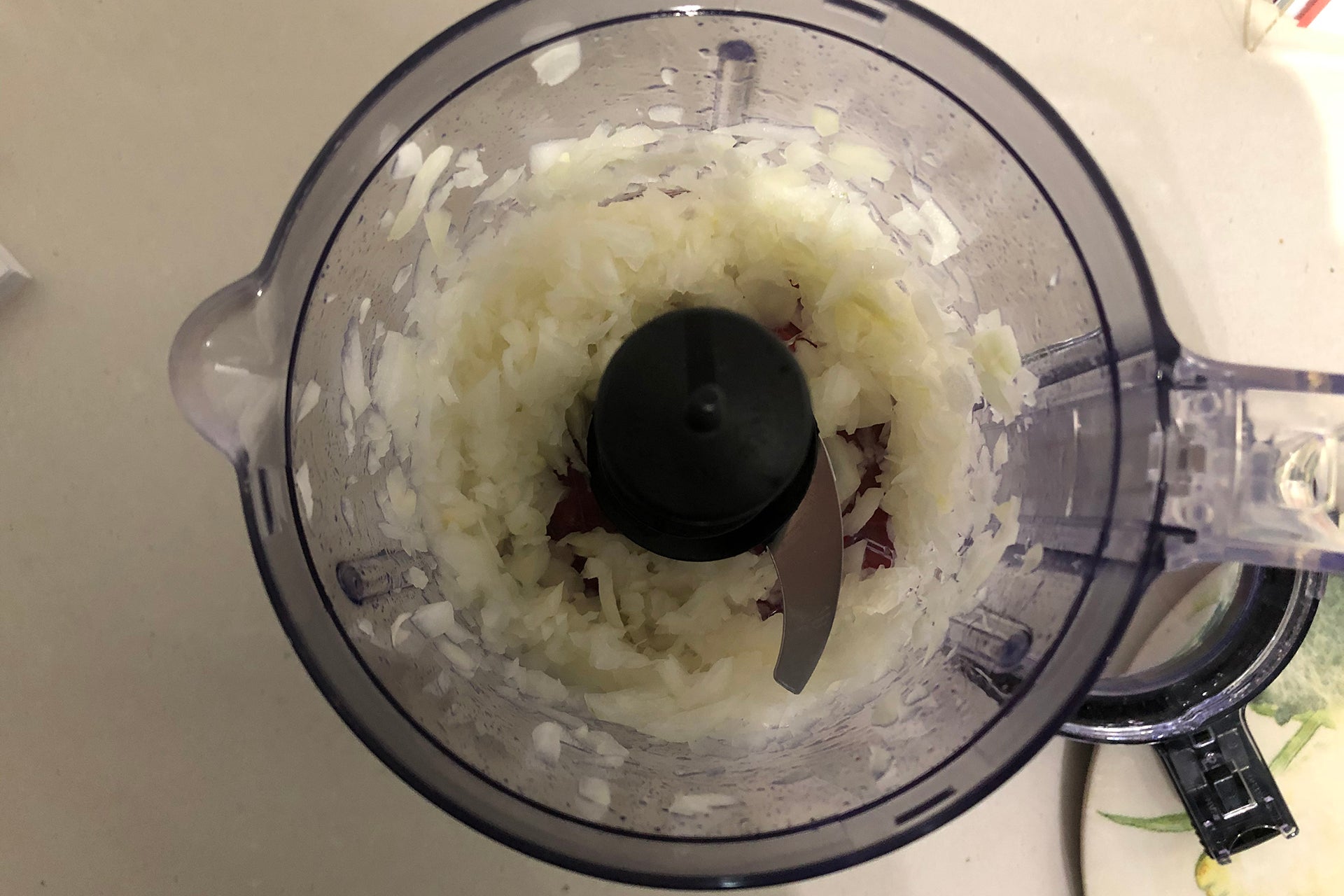 Next, a tackled a green pepper, to get the same kind of result: even-sized chunks. Here, the Chopper could easily get through the mixture and the small 24W motor didn’t struggle at all. 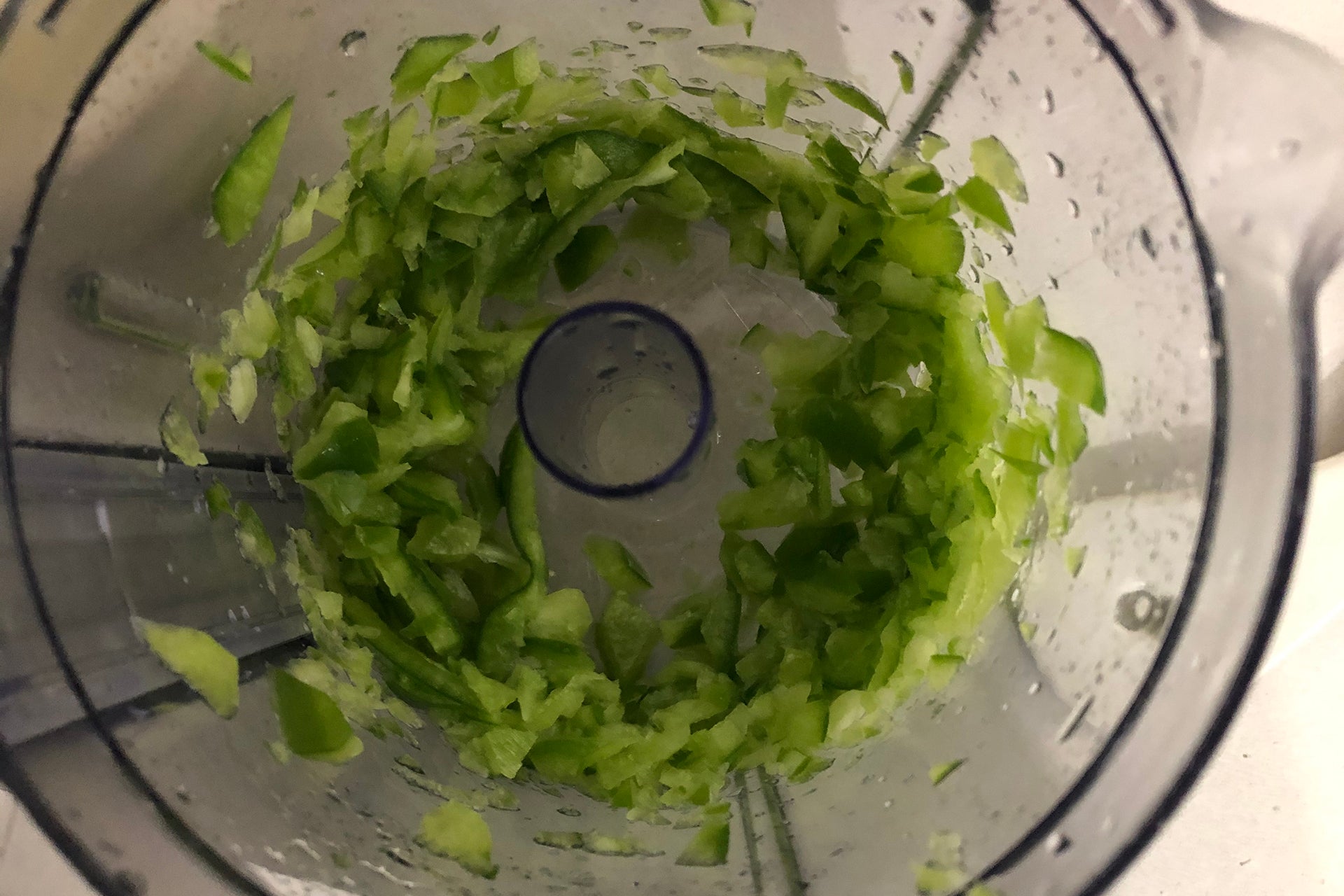 I then needed to blend some tomatoes and spices for the sauce, which I did on speed 2. Once again, the chopper proved up to the task, although it was a little slower than doing the job on full plug-in blenders. At the end, I had a smooth tomato sauce, that I combined with the other ingredients. 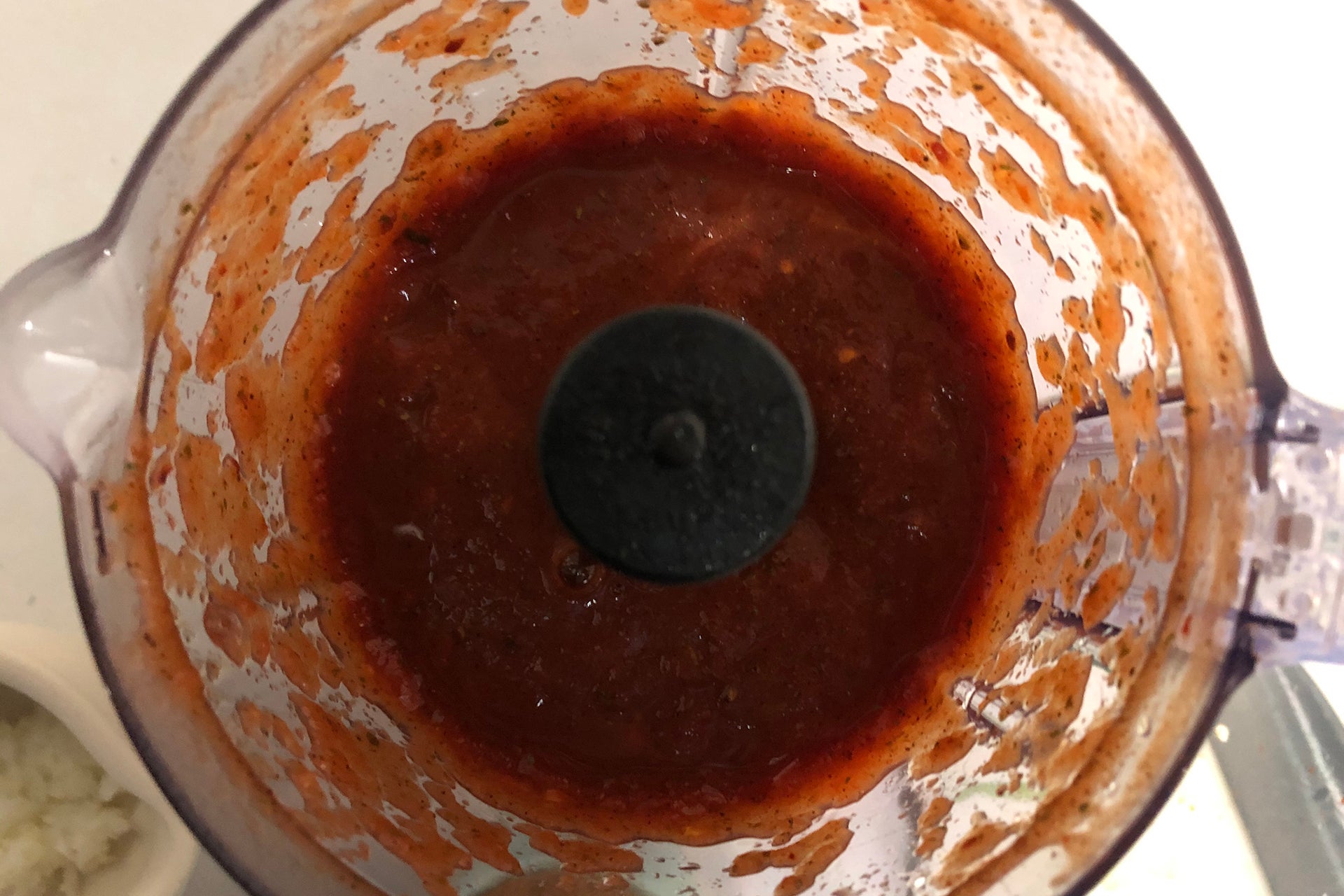 It’s this kind of dish that the KitchenAid Cordless Food Chopper is ideal for. And, having to grab one small device, rather than grabbing a large full-size food processor or blender was much easier.

I finished off with the whisk attachment, using it on three egg whites before making an omelette. To whisk up egg whites, it’s about getting air into the mixture, but the flat whisking plate made this job very slow, and it took a few minutes before I had fluffy whites. Even then, the finished mixture was a bit flat: I can do better with a hand whisk in less time. 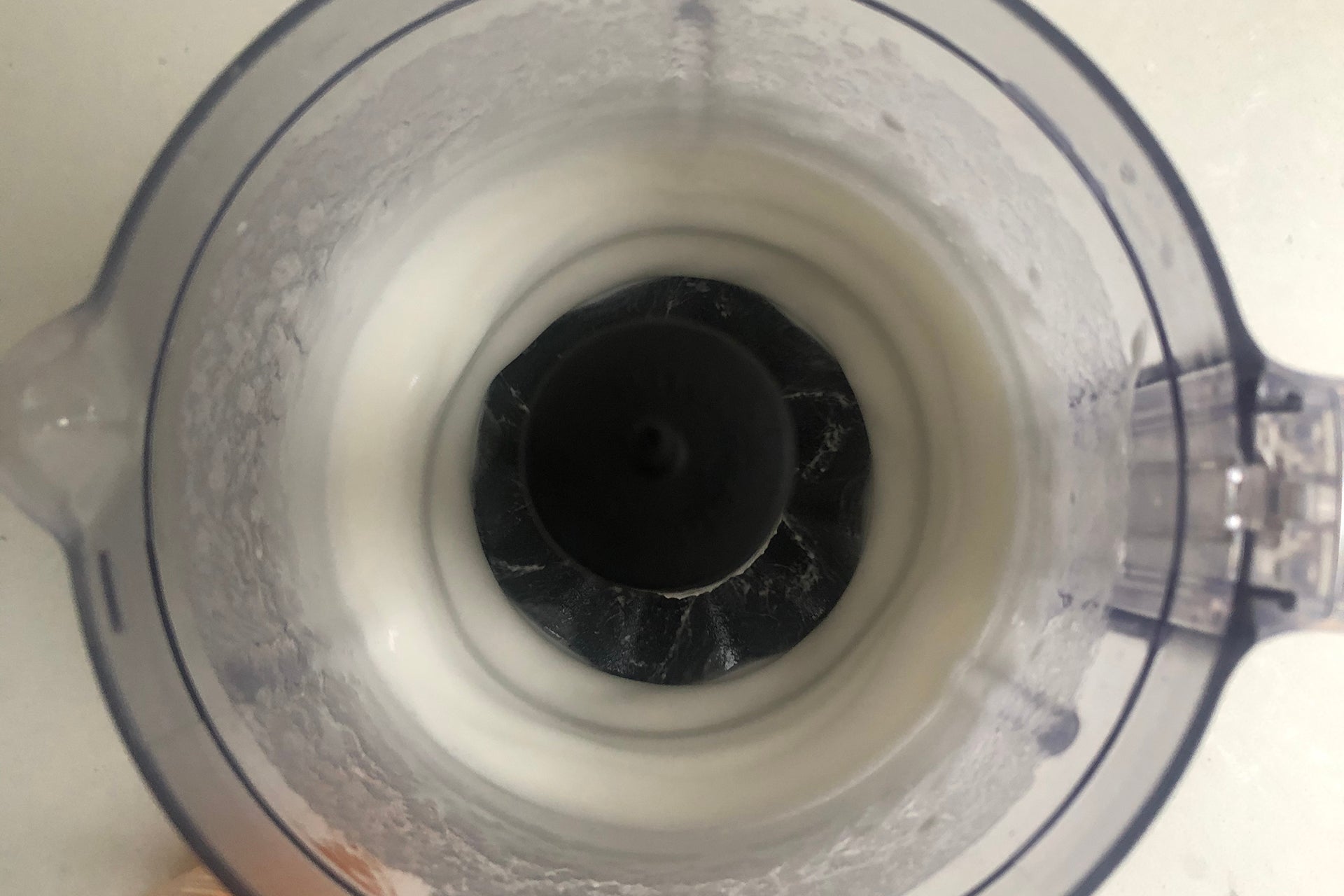 If you want to mix up some salad dressings, then this attachment may be useful, but for whisking, either go with a hand mixer or a food processor with a whisk attachment.

With no other attachments, you can’t do things that a full-size food processor can do, such as grate cheese, or julienne carrots.

You should buy the KitchenAid Cordless Food Chopper if:

You shouldn’t buy the KitchenAid Cordless Food Chopper if: