The selling point of the KitchenAid Cordless 7 Speed Hand Mixer is in the name – it’s cordless. So, you can prepare your ingredients away from a plug socket, without a cord getting in the way as it would with a hand-mixer. However, the downside is that you'll need to have remembered to charge the battery before you need to use the mixer, ruling out any spur-of-the-moment cookies or cupcakes. Overall, it’s a decent appliance for delivering simple recipes, but I didn’t find the cordless aspect a huge benefit over a normal model.

The KitchenAid Cordless 7 Speed Hand Mixer is designed to offer bakers all the power and performance of a standard handheld mixer, but without the need to plug in.

Instead, it’s operated by a rechargeable lithium-ion battery, which offers the freedom of cooking from wherever you’d like, rather than where your power point happens to be. The battery lasts long enough to make up to 200 cookies in four batches on a full charge, based on KitchenAid’s estimates.

KitchenAid Cordless 7 Speed Hand Mixer design and features – Lightweight and easy to use, but it has to be charged first

We tested the KitchenAid Cordless 7 Speed Hand Mixer model in Empire Red; but it’s also available in six other colours: Black Matte, Onyx Black, Passion Red, Grey, Blue and White. It’s a stylish and minimalist piece of kit, with the KitchenAid logo across the front of the mixer. Aside from that, there’s a push button to remove the beaters, a battery light indicator, and speed selector switch on the top of the unit. 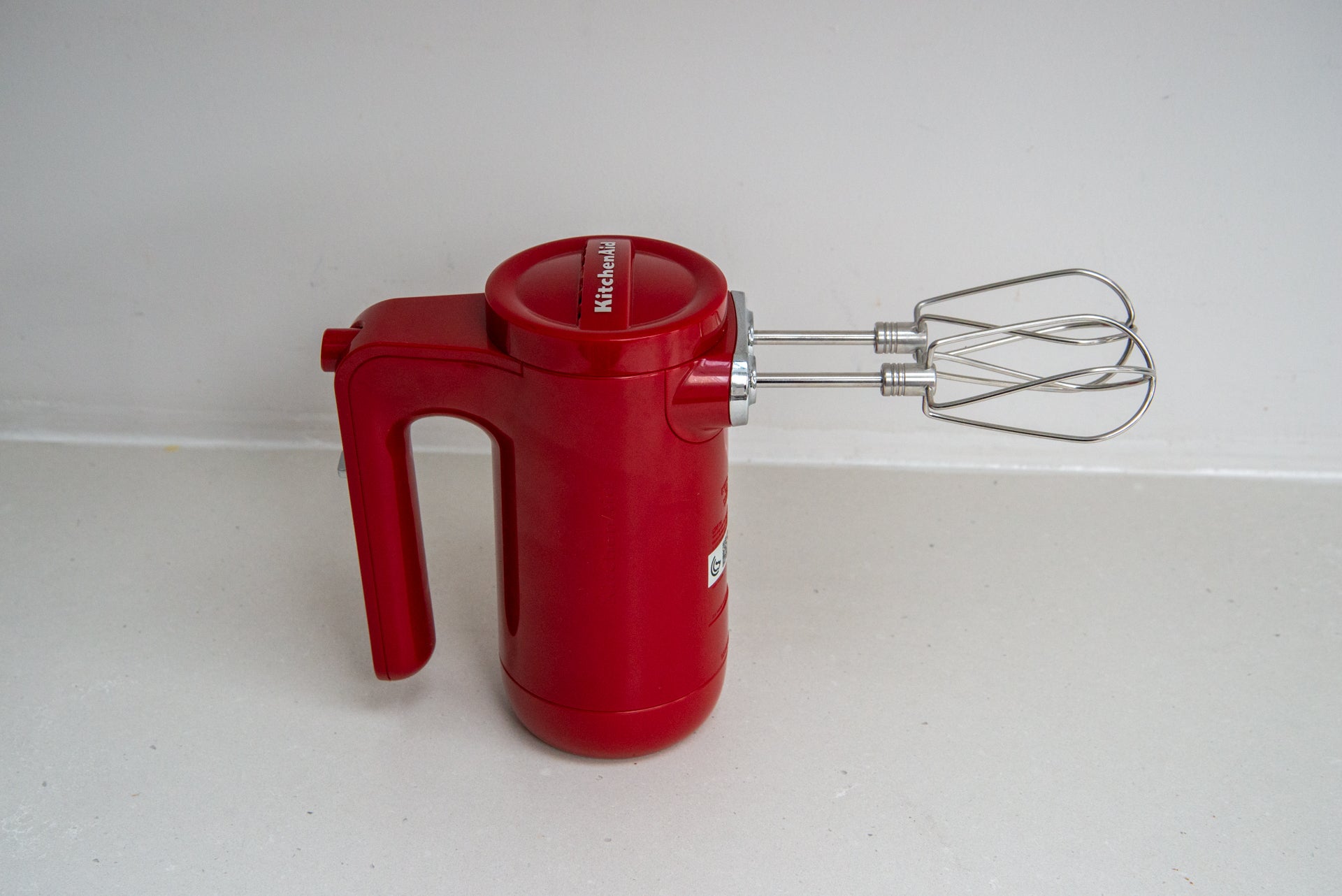 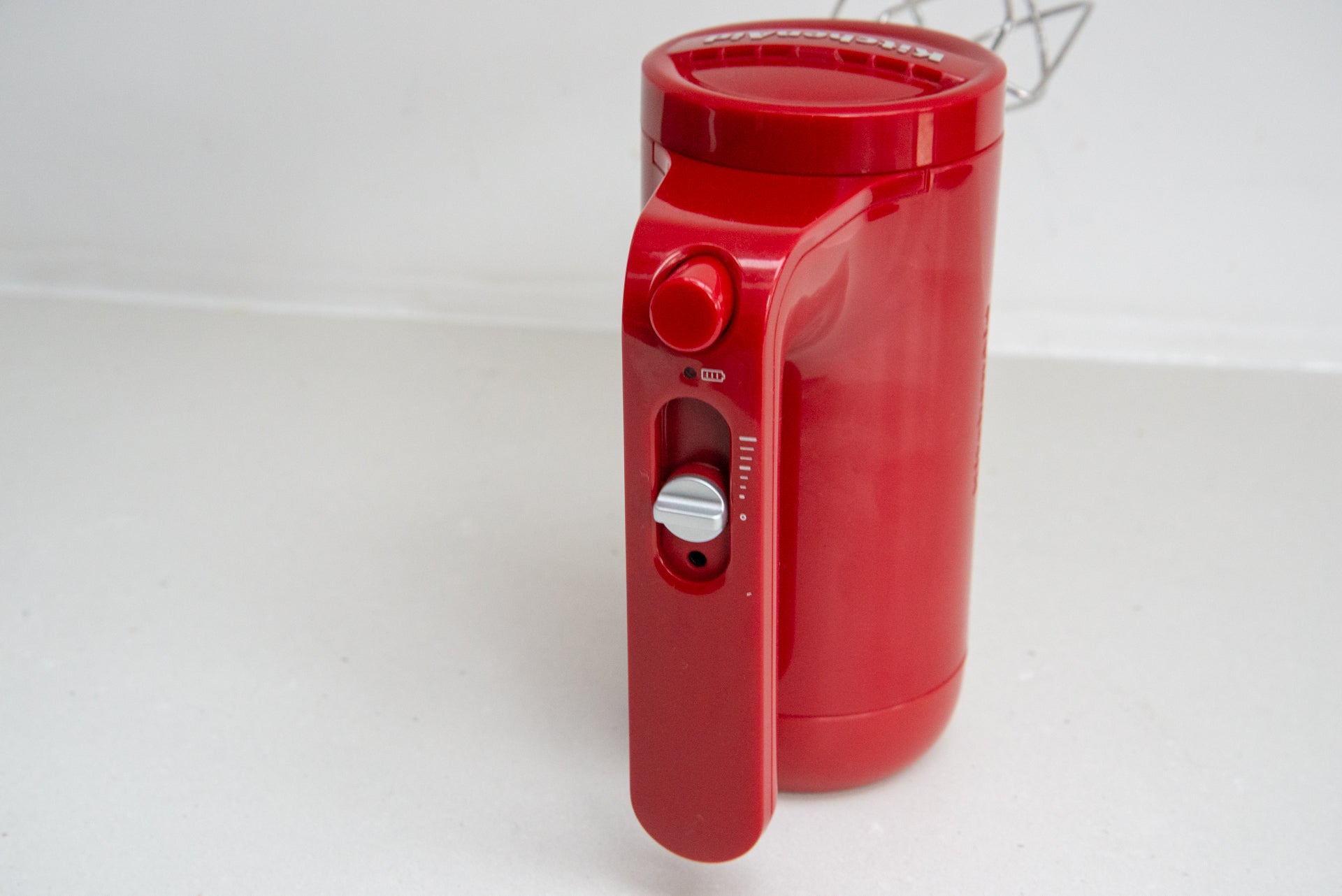 In our experience this wasn’t an issue, as the mixer had more than enough charge for the cakes we made. However, note that if the mixer has been stored in a cupboard and you’re suddenly hit with the urge to bake, you’ll need to be a little patient as it takes around two hours to charge to full. A quick charge of 10 minutes is enough to mix up a basic cake batter, though.

You can stand up the mixer whilst adding ingredients and the sturdy design meant we could leave it over a hot pan, the kitchen sink or the mixing bowl, and it stayed firmly in place.

The mixer is comfortable to hold and operate. The handle is flat on the outside and rounded on the underside, and the speed selector switch slides up and down smoothly between the seven different speeds. It uses KitchenAid’s Soft Start feature, where the beaters slowly increase speed to the setting you’ve selected to prevent ingredients splashing everywhere.

You get just the one pair of beaters with the KitchenAid Cordless 7 Speed Hand Mixer; some other models and brands come with a separate whisk attachment and dough hooks as well. This can add extra time to your baking, as complicated recipes will require you to whisk and mix in multiple stages, so you’ll need to clean the beaters each time.

However, it isn’t a problem for cooking up a basic batch of cupcakes or a Victoria sponge, for example, where you make the cake(s) and then wait until they’ve cooled to make the icing.

I started by using the mixer to make a simple vegan chocolate fudge cake, which is pretty similar to making a standard sponge cake except it substitutes the butter and eggs for coconut oil.

The first step was whisking the chocolate icing. Even though the mixer doesn’t come with a separate whisk attachment, making the icing was a quick and simple job; the beaters combined the hot ingredients into a dark, glossy liquid. Next, onto the cake batter, which involved mixing the wet and dry ingredients separately before stirring them together. 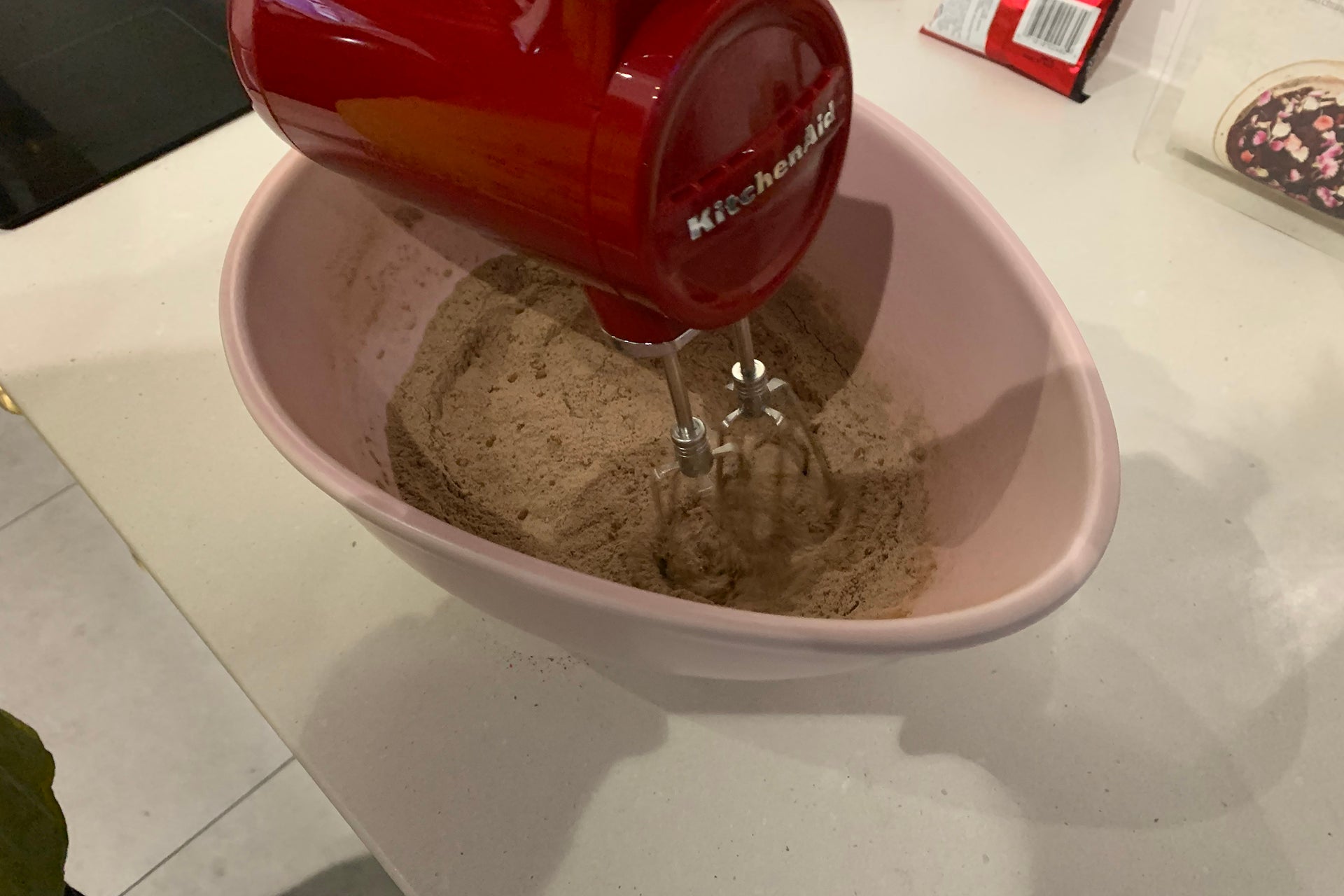 Again, the mixer performed well, with the final mixture exactly as the recipe indicated – much wetter than a normal batter but well combined. The final cake looked very impressive, especially covered in the rich, glossy icing – and it tasted scrumptious, too.

Next for something trickier:  a Black Forest Gateau. I opted for a traditional recipe, which required the mixer to create a flour-less sponge batter, whisk up some egg whites and then whip up some vanilla sugar cream.

The mixer had no issues with the first step; combining the ingredients for the cake batter was a speedy and simple process. 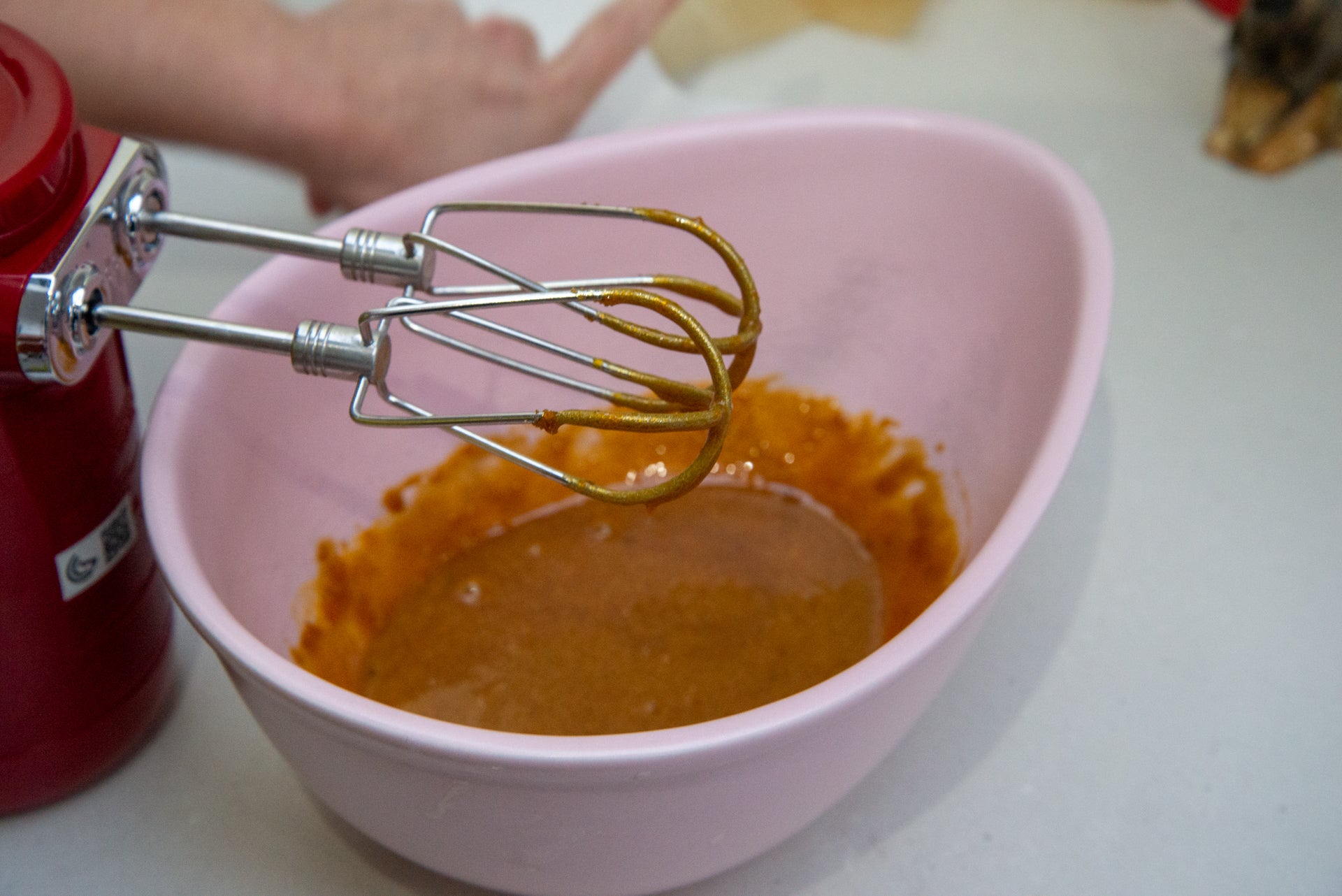 It was the next two steps – whisking the egg whites and the cream – where the mixer struggled somewhat, highlighting the difference between this KitchenAid model, compared to a handheld or stand mixer with a whisk attachment.

Starting with the egg whites, the lack of a whisk attachment meant that it took a significant amount of time to beat the eggs to soft peaks. We got there in the end, but using a whisk would definitely have speeded up the process. 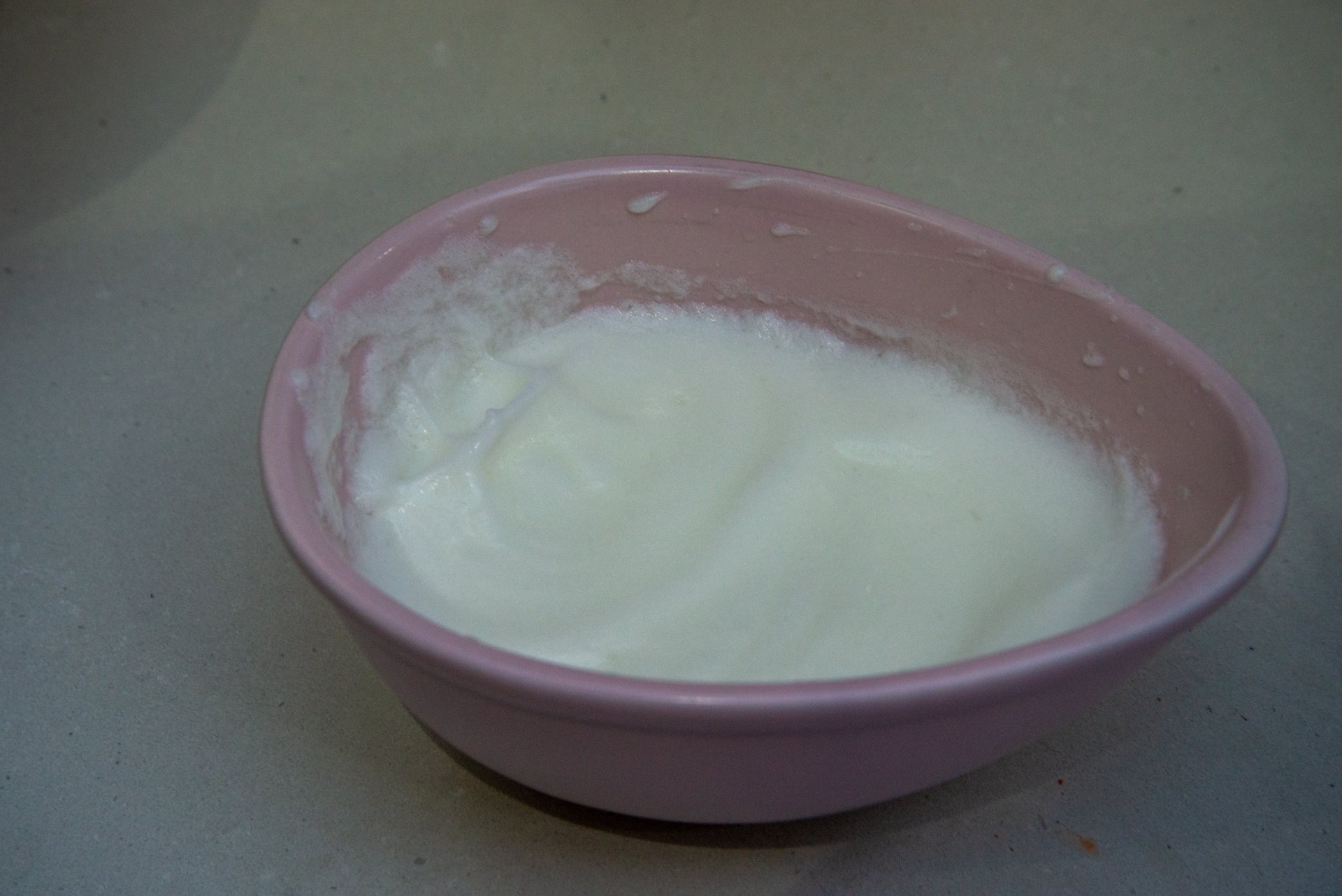 I eventually managed to get a decent meringue-type mixture and a batch of whipped cream, but it took far longer than using a hand mixer with a whisk attachment. In addition, if you’re used to a stand mixer, then you’ll certainly notice the weight of the KitchenAid cordless mixer in your hand if jobs take several minutes. 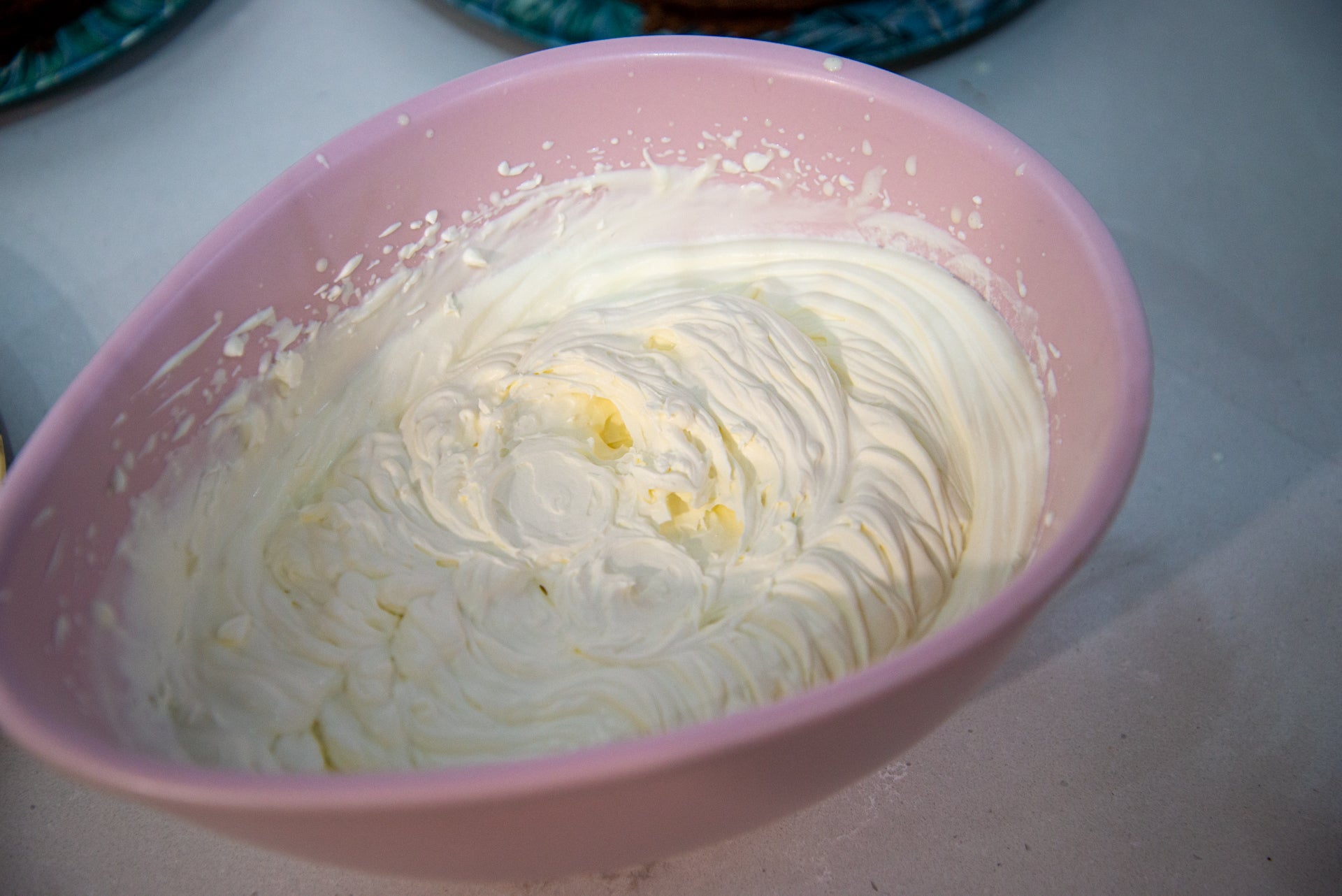 Should you buy the KitchenAid Cordless 7 Speed Hand Mixer?

If space is at a premium, and you have a small kitchen with few power outlets, the KitchenAid Cordless 7 Speed Hand Mixer is ideal. The fact that you can charge it from anywhere around the house, and then unplug and use it in the kitchen without having to unplug another appliance, will prove invaluable.

However, if you’re used to the performance of a stand mixer or a handheld mixer with a separate whisk attachment, then the lure of this cordless model will be less so. In fact, you may even be better with a corded mixer, such as the Breville HeatSoft Hand Mixer.

Contact via Twitter
Madeline Bennett has been a technology journalist for 20-plus years, covering everything from security to smartphones to software. She has appeared regularly on CNN, Sky and the BBC as a tech commenta…