What is the KitchenAid Artisan Cook Processor?

The Cook Processor joins the ever-expanding category of multipurpose food processors that heat food as well as slice and dice, and it’s everything we’ve come to expect from a KitchenAid Artisan appliance. Sporting that desirable retro styling coupled with a range of accessories and blades, the machine can boil, fry, steam, stew, knead, prove, chop, mince, purée, emulsify, whip, flip and stir using six pre-programmed modes, as well as function manually.

The Cook has a maximum temperature of 140C, enabling it to make high-heat foods, such as jam and stir-fries, as easily as the most delicate sauces, while a 2.5-litre capacity and 10 speeds give it enormous flexibility. 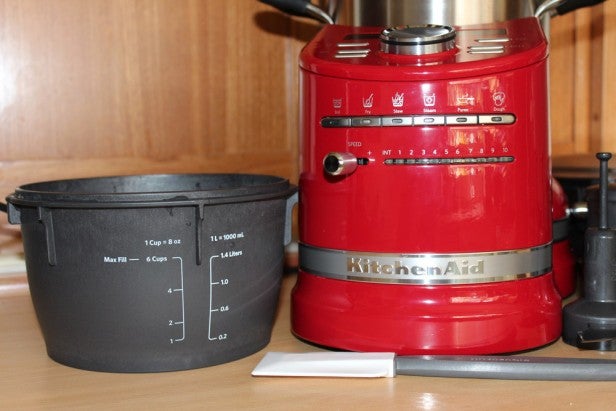 Like the rest of the Artisan range, the Cook Processor is available in several colours: Almond Cream, Candy Apple, Empire Red, Frosted Pearl, Onyx Black and Medallion Silver and an all-metal affair. While this adds to the weight, its construction gives it a reassuring sturdiness that can only be fully appreciated when it’s processing on the top speed without budging.

In terms of configuration, it’s not dissimilar from most, with controls at the front and stainless-steel bowl behind. However, points of difference are its signature retro styling, chunky levers and a 1m cable with a cord tidy. 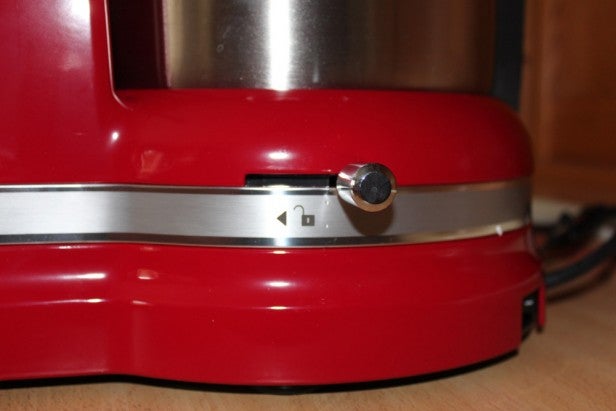 At first glance, there’s lots of buttons to contend with, but each of them has a reason for being. It has six preset options with corresponding buttons – Boil, Fry, Stew, Steam, Purée and Dough – a speed selector lever that nudges it up from 1 to 10, and a host of buttons for manually choosing cooking time and temperature, quick stirring, pulse, start and cancel, all arranged around a selection dial and below a status panel. Each programme is split into stages, which require the next stage to be activated and there’s also a 45-minute Keep Warm mode. 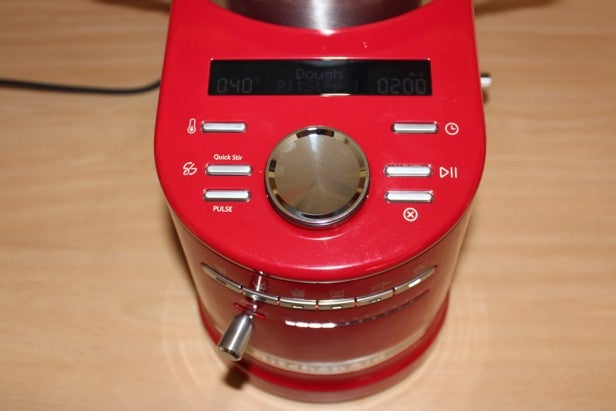 KitchenAid Artisan Cook Processor – What’s it like to use?

Setup is fairly simple, though there are a few more initial options than we expected. You can choose the language it operates in, as well as if you prefer Celsius or Fahrenheit. That done, we started by making White Bread from the included full-colour recipe book – there’s also a companion app.

Adding water and yeast to the bowl, we chose the Dough P1 preset. This required Start to be pressed twice – once to select it and once to start it, which can catch you out until you become used to the machine. The programme began mixing on a low speed for two minutes before beeping to alert it was ready for the next stage. Adding dry ingredients, the Cook Processor mixed vigorously on speed 10, which caused them to spray around the bowl rather than combining. A quick scrape helped bring the dough together and we set it proving for 30 minutes. The resulting dough had risen a little but not substantially, and the baked bread was disappointing. 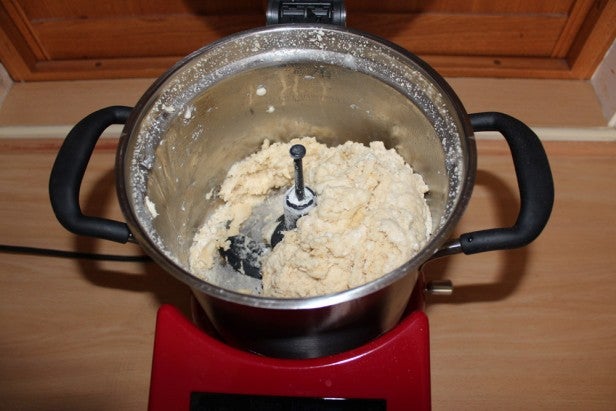 Next, we made a courgette soup from the book. Inserting the MultiBlade, we placed shallots and garlic in the bowl and used the pulse button for a few seconds. This gave a fine, even chop. Adding courgettes and wet ingredients, we selected the Boil P1 programme, which cooked for 20 minutes on 120C. A pulse once it had finished gave a smooth, consistently cooked, flavourful soup.

Then, swapping the blade for the StirAssist paddle, we combined white wine, vinegar, shallots and tarragon in preparation for making a béarnaise sauce. Using the manual controls, we set this on 120C for 10 minutes on a slow speed. The subsequent reduction had a good combination of aromas and deep colour.

Once it had cooled, we used it as the base for the sauce, adding yolks and the Egg Whip tool before selecting Stew P8, which whipped the mixture to a viscous texture. Finished with butter and tarragon, the béarnaise sauce was delicious with no curdling or splitting. 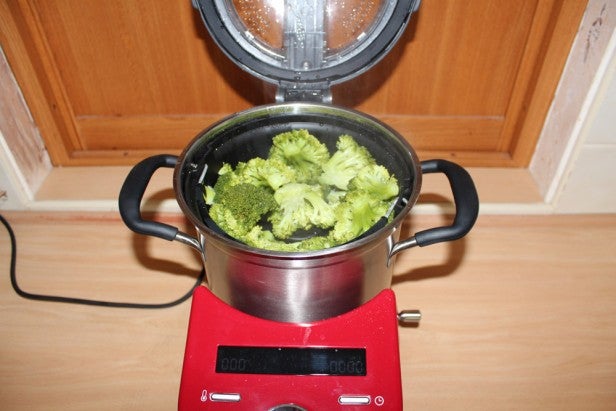 We finished by cooking broccoli using the inner steamer basket as part of the Puree P5 programme, which was then processed with cheese and cream using the MultiBlade to make a moreish mousse. Everything can be cleaned in the dishwasher, except the main bowl, which can be lightly scrubbed. This was required after the béarnaise (stuck-on egg), after the steaming – despite adding the recommended amount of water, it ran out – and after the dough. 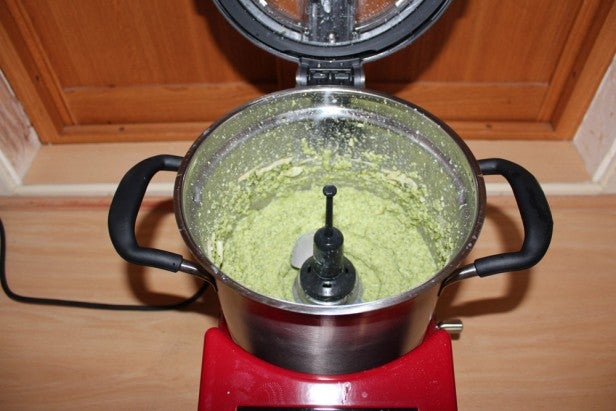 Should I buy the KitchenAid Artisan Cook Processor?

The Cook Processor is built to last, has practically every function you could ever wish for and conceals some serious power below its stylish exterior. It’s not one for the casual cooks, but if you’re a regular entertainer, dedicated foodie or want to expand your repertoire – the book includes recipes for mussels, dim sum and bouillabaisse – it’s a great choice.

We’d like to see a dishwasher-proof main bowl and tweaked recipes, but being able to toggle time, temperature and speed means that this is easy to do yourself.

It’s pricey, but the sheer range of options and accessories mean the Cook Processor could replace a lot of your existing kitchen kit.