What is the KitchenAid 9 Speed Hand Mixer?

Best known for mixing on a larger scale, KitchenAid has branched into a new product category with the 9 Speed Hand Mixer. It’s approached it with the same principles that make its stand mixers so beloved – you’ll find variable speed control, an array of attachments and clever ideas for storage, including a cotton bag with internal accessory pockets, and a cord tidy strap, preventing unwanted flex from getting in your way while you’re cooking and easing storage.

It comes in a choice of four finishes that match KitchenAid’s other small appliances: Empire Red, Onyx Black, Almond Cream or Contour Silver.

While the hand mixer boasts a plastic body instead of KitchenAid’s usual die-cast metal, it’s not immediately apparent from the glossy finish. Opting for plastic has kept the mixer’s overall weight down, coming in at a trim 1kg without attachments.

A soft-grip handle helps it to sit comfortably in the hand while it’s being used, with speed buttons and an on-off switch located on top – easily within reach without having to stretch, use your other hand or put the appliance down. Its shape is otherwise compact and sleek, with air vents at the front, an angled heel rest at the back for when it’s not in use, and a swivelling power cord that helps avoid trailing flex whether you’re left or right handed or like to move as you mix. 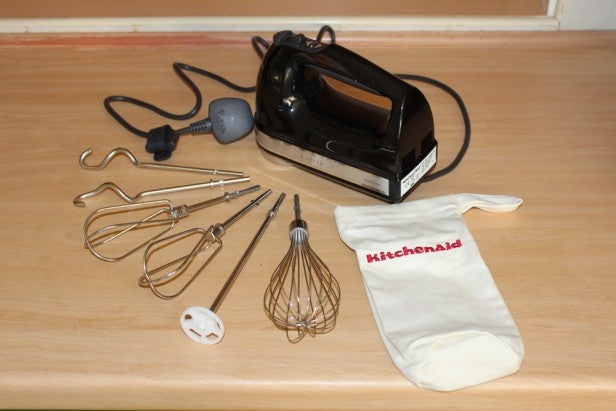 The accessories are where this hand mixer excels. Its whisk is made with 16 wires for fluffier whipping, while its stainless-steel beaters have been specially designed to cope with heavy mixtures, except bread, which is covered by a sturdy pair of dough hooks. Finally, a mixing rod takes care of stirring and emulsifying liquids, such as milkshakes, sauces and salad dressings. Helpfully, there’s a guide to which of the nine speeds each can be used with, and an idea of the batters, liquids and doughs that can be made.

KitchenAid 9 Speed Hand Mixer – What’s it like to use?

Hand mixers are the ultimate plug-and-play kitchen appliance – select your accessories, push them in and you’re off. Where the 9 Speed Hand Mixer goes that bit further is that each of the attachment slots are marked as to whether it’s for an accessory with or without a collar, meaning there’s no trial and error as to what fits where.

Switch the mixer on and it’ll always start on the lowest speed to avoid splashes and plumes of flour. Up and down buttons enable you to cycle through the speeds, with an indicator that lights up to show you which one you’re on. 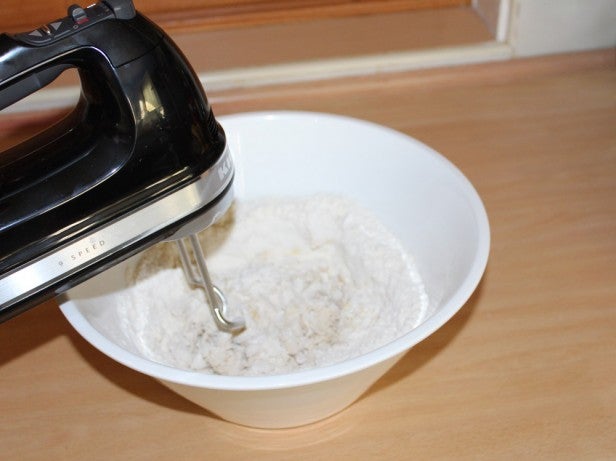 We started by using the hooks to knead bread dough. While 1, the lowest speed (230rpm), feels achingly slow at first, it’s good for combining ingredients without them splattering, and it’s an improvement on what usually passes for the low speed on other hand mixers. Its cord is also usefully long at 157.5cm, so there’s plenty to allow you to move around the bowl while kneading. The dough came together well, alternating between 2 and 3, and was as light and springy as if it had been kneaded by hand.

Next, we tried making cookie dough with the turbo beaters. Once most of the ingredients had come together on a low speed, the mixer could be cycled up to 4 for thorough mixing, which is where the dedicated design of its beaters could shine. Rather than spin dough out to the side of the bowl, the beaters pulled it towards them, combining efficiently with only a few specks of mixture escaping. 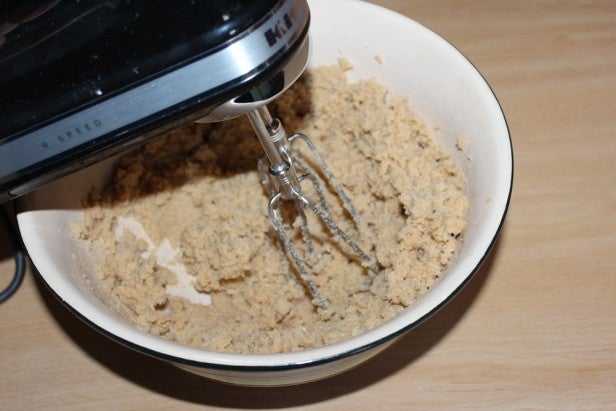 Finally, we tried the whisk and mixing rod on the top speed of 9. Given that this is a powerful 1300rpm, some shake and increased noise was expected – but it was still far quieter and less intense than most. There were some splashes, but all the hand mixer needed was a quick wipe down and the accessories cleaned – they can all be popped in the dishwasher. 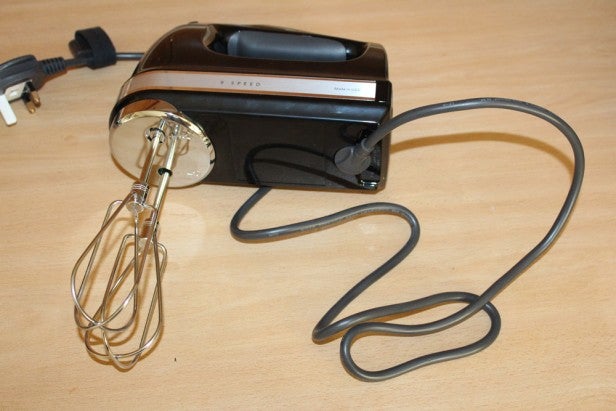 Should I buy the KitchenAid 9 Speed Hand Mixer?

If you’ve no room for a stand mixer but love the look, this compact cousin can pick up many of its jobs. Every effort has been made to ensure it’s easy to use, store and maintain, meaning it could become your go-to for quick mixing. Keen cooks may see it more as a handy extra rather than a main appliance – while it can handle the heavier tasks, they take longer and require more effort than in a food processor or bigger mixer.

It costs more than most, but a big toolkit with a small appliance makes this a worthwhile investment for everyday cooking as well as weekend baking.