Aficionados of quirky games may well have been drawn to Square Enix’s Kingdom Hearts series in the past. It’s pretty much the epitome of quirkiness, combining Disney characters like Mickey Mouse, Donald Duck and Goofy, with the great, cartoon-style tradition of Japanese RPGs.

Square Enix has been working on the next proper instalment, Kingdom Hearts 3, for quite some time now and, while we wait for that, we can now refresh our memories of the franchise via Kingdom Hearts HD 2.8 Final Chapter Prologue.

That distinctly cumbersome title derives from the fact that Kingdom Hearts HD 2.8’s main component – Kingdom Hearts Dream Drop Distance – originally appeared on Nintendo’s 3DS, and in this incarnation has been remastered for the PlayStation 4. And remastered pretty successfully, in visual terms, it must be said.

As you’d expect with a port from a handheld console, there are few textures on show, yet its graphics look very crisp, and it’s undeniably a cartoon-style visual feast. 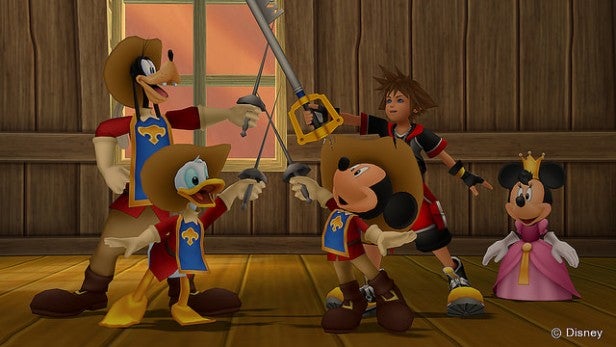 Right from the start, one aspect of Kingdom Hearts HD 2.8 which will excite those who love JRPGs makes itself abundantly clear: it’s absolutely bonkers. Quite apart from the primary-coloured graphics, which often explode into full-on psychedelia, it has a storyline which resides in the furthest reaches of fairytale fantasy, and varied gameplay and arcane conventions which are as far from derivative as you could imagine. Despite being a game aimed squarely at youngsters, it manages to shoe-horn all manner of philosophical ruminations on the nature of parallel worlds and the like, and generally strikes off in all sorts of unlikely directions, some of which are more successful than others.

You play as two characters – Sora and Riku – who’ll be familiar to Kingdom Hearts fans. First up is a tutorial intro, in which the pair are stranded on a desert island before fighting a boss battle on a raft, being bombarded by back-story via flashbacks and transported to Traverse Town, where they meet four characters, all of whom are looking for someone else. Here, you learn the basics of the core gameplay, which involves, in conventional RPG fashion, battling enemies – in this case Dream Eaters, which are cute but often fearsomely powerful – and exploring in order to get to new areas.

You’re also introduced to the “drop” mechanic, which means that each character is only allowed a limited amount of play-time before tiring and being forced to drop out in favour of the other character. Given that, at times, Sora and Riku exist in slightly different realities, at least you don’t always have to retrace exactly the same steps every time you drop. Ultimately, the drop mechanic proves to be an annoyance, although it does stretch out the game’s play-through time. 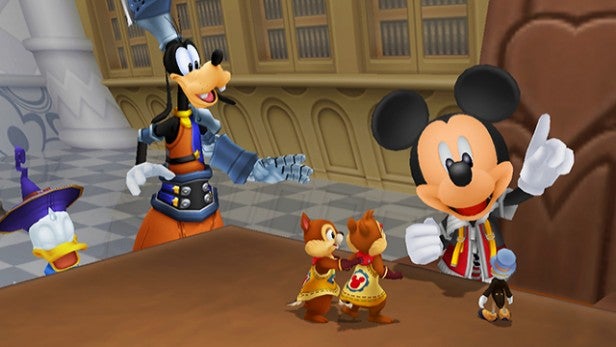 Perhaps Kingdom Hearts HD 2.8’s biggest strength is its battling system which is fast, responsive and mighty impressive in visual terms. A system called flow-motion lets you swing off lamp posts and the like in order to launch more powerful attacks. You can even flow into bigger enemies, revolve around them and attack satisfyingly. Plus you get to add friendly Dream Eaters of your own, with which you can launch combination attacks – although you have to battle for a while, building up a gauge, before that becomes possible.

There are magic attacks as well as the conventional  melee ones launched with your keyblade, but they serve to highlight one of the control system’s shortcomings: you can shuffle your deck of magic attacks and useful items like potions, but mid-battle, have to scroll up and down them using the D-pad. This is a pain, and adding newly learned magic attacks to your deck is far too difficult – essentially requiring a degree in Japanese RPGs. Even though, mercifully, the battling is real-time rather than turn-based, the control system still suffers from the over-complexity that routinely afflicted turn-based JRPGs.

Quest-wise, you must battle your way through seven worlds, opening up keyholes. As you get towards the end of each world, you inevitably encounter bosses which require some extremely tactical efforts on your behalf. Some of the worlds are hilarious, taking as their base various Disney films and cartoons, so you get to meet the likes of Quasimodo and Esmerelda, while an out-there Japanese RPG vibe persists. 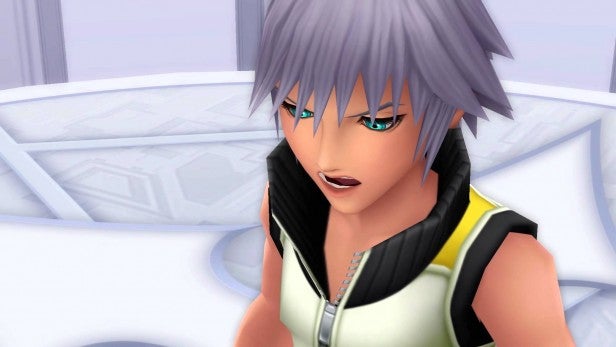 There are mini-games, too. For example, every time you drop, you free fall towards the quest-world, collecting stars and avoiding obstacles by moving around the screen, and taking out enemies (and sometimes bosses) on the way down.

Kingdom Hearts HD 2.8 Final Chapter Prologue is a meaty and highly distinctive package which should delight cartoon-obsessed youngsters and those who live to play Japanese RPGs. But, despite the Disney involvement, it doesn’t feel likely to challenge the mainstream. In certain respects – albeit in the grand tradition of Japanese RPGs – it’s so complex as to be baffling.

In a way, it’s almost too awash with out-there ideas – which seems an odd criticism at a time when far too many games opt to play it safe. You feel that it could have profited from exercising at least a hint of restraint. Still, I doubt you’ll ever find many quirkier games.