Kingdom Hearts 3 Re:Mind is an excellent expansion on the existing RPG, building upon the original ending in some fascinatingly unexpected ways. However, it's one that only hardcore fans will truly benefit from, otherwise you'll be lost in an endless deluge of complicated character motivations and frankly silly plot developments.

Being a fan of Kingdom Hearts is both the most frustrating and wondrous thing in the world.

Since its inception in 2002, the series has spanned multiple entries, platforms and mediums – all while expecting players to follow an increasingly convoluted plot. It’s the most ostentatious brand of anime nonsense imaginable, revelling in every absurd, unexpected development in a way no other franchise has the bravery to do so. And, despite my reservations, I adore every minute of it.

Kingdom Hearts 3 was over a decade in the making, teasing conclusions that its audience had been waiting years for. It was meant to be the climactic showdown between good and evil, bringing a sprawling cast of characters together for one final confrontation. But here we are, a year after its release, with an expansion which doesn’t bring things to a close – it does quite the opposite.

Square Enix has crafted a compelling yet ultimately uneven conclusion to Kingdom Hearts 3 with Re:Mind. It feel like something crafted for hardcore fans, so dedicated in its service to those who’ve kept up with Sora’s adventures that it fumbles at times. This isn’t one for newcomers, especially at a rather steep asking price. That being said, it’s still a frequent delight. 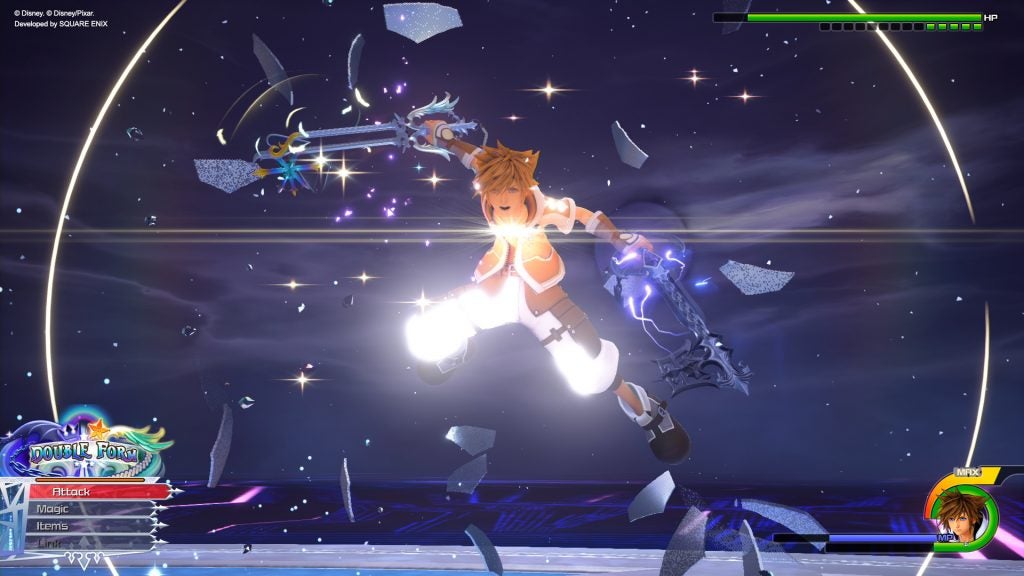 It’s hard to talk about Kingdom Hearts Re:Mind without delving into spoiler territory, and I imagine anyone searching for a review will be fully aware of that. So, consider this a warning that I’ll be spoiling certain plot elements for the base game going forward.

This expansion is essentially an extended epilogue, picking up from the end of for Kingdom Hearts 3. The world is saved, but Kairi has been lost in the process, and Sora is determined to bring his best friend back, no matter the cost. Our hero is thrust into a wonderfully absurd adventure involving time travel, alternative dimensions and a whole lot of love for everyone around him.

It’s soppy, self-indulgent brilliance of the highest regard, seldom taking time to explain its litany of unexpected twists and turns. While I felt that hardly mattered, it retreads enough familiar ground from the original ending that some might feel short changed.

Each new extended cutscene was a joy, providing added development to each major character alongside improved animations and abridged sequences. It’s completely nonsensical to the unversed, but fans will eat up every passing second.

Related: Everything we know about Starfield 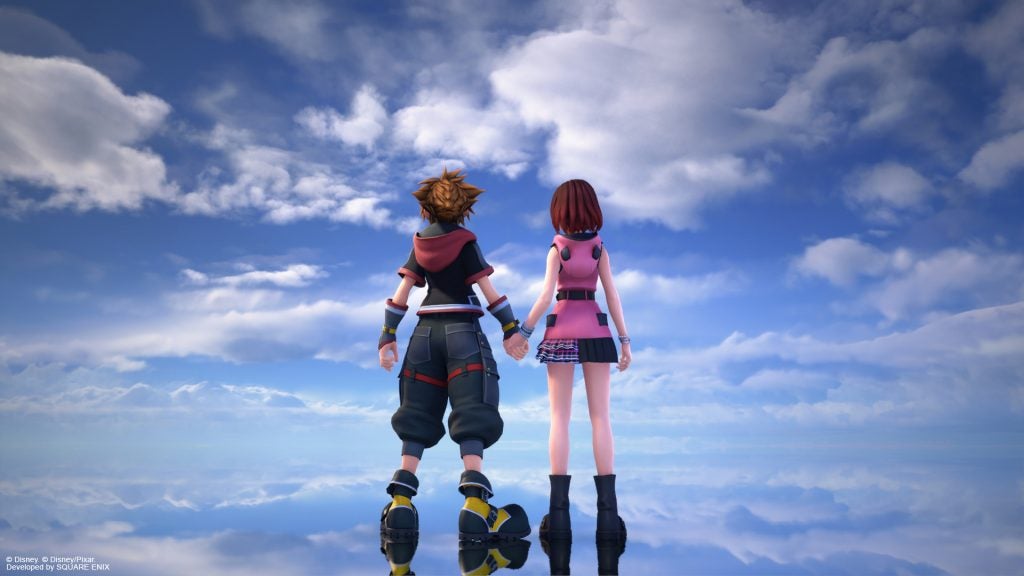 You’ll repeat the same boss battles from the perspective of different characters each with their own move-sets, but you’re pulled away so quickly it’s little more than a novelty. It’s almost a shame that Sora sits at the centre of Kingdom Hearts Re:Mind as the protagonist when far more interesting stories are happening around him. We could have played as Kairi, fighting her way through the darkness with a real sense of agency. Infamously framed as a damsel in distress, Tetsuya Nomura and company had a perfect opportunity to redeem her.

Instead, this feels like Avengers Endgame: Anime Edition, although that’s selling short some of the unabashed creativity on display here. Each major boss battle is a phenomenal set piece, transforming me into a tearful, excitable fan girl desperate to see these characters succeed.

So, it’s a crying shame many of these battles are a breeze until the very end. Sitting at Level 59, I hacked through each of the expansion’s encounters without dying once, rarely making me feel like I was conquering a seemingly insurmountable obstacle.

The real meat of Kingdom Hearts Re:Mind surfaces after the main credits have rolled. After this, you’ll be introduced to Data Analysis. This involves taking on Organisation XIII in a gauntlet of increasingly challenging boss battles, putting to shame everything that came before it in terms of difficulty. They demand a high level and utmost mastery of Kingdom Hearts 3’s movement and combat mechanics, otherwise you’ll be dead within seconds. 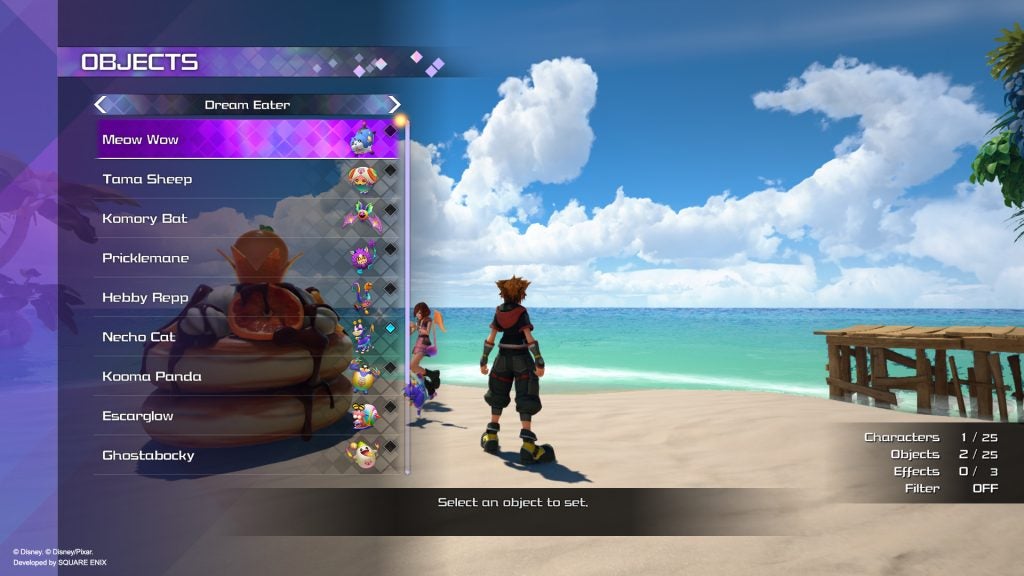 All of the encounters are genuinely thrilling. They’re admittedly an exercise of trial and error as I died over and over, but each death was a step forward in uncovering enemy patterns. Once you emerge victorious it imbues an unrivalled feeling of satisfaction. Getting through every single battle to uncover the secret ending isn’t easy, and you’ll honestly be tempted just to look it up on YouTube.

Meanwhile, Data Greeting is a photo mode with a twist, providing players with a way to spawn characters and pose them however they like in myriad of different settings. Heroes, villains, props and more can be arranged together for the ultimate family portrait, or you could choose to recreate iconic memes purely for sharing with friends on Twitter. It’s a quirky treat, if a little niche in the percentage of fans who will take full advantage of it.

Kingdom Hearts 3 Re:Mind is an excellent expansion on the existing RPG, building upon the original ending in some fascinatingly unexpected ways. However, it’s one that only hardcore fans will truly benefit from, otherwise you’ll be lost in an endless deluge of complicated character motivations and frankly silly plot developments.

But it’s told with such earnest conviction that it works, with themes of love and friendship shining through above all else. The desperate fanvgirl in me would’ve loved an adventure that focused more on Kairi and other playable Keyblade wielders, but Sora carries Kingdom Hearts Re:Mind right through to its otherworldly conclusion, which shakes the series’ foundations in ways that will change it forever. Where Kingdom Hearts goes from here is anyone’s guess, and I can’t wait to see it unfold.