Although tablets are designed to be media consumption devices, many of them have terrible internal speakers. Amazon has put a bit of extra effort into the Kindle Fire HD 8.9’s speakers, using two drivers that sit as a stereo pair on the rear of the tablet.

It comes with an integrated Dolby Digital Plus mode that tailors the sound to best make use of the still-piddly drivers. We’re slightly disappointed that the speaker array seemingly hasn’t been significantly upgraded over what you get in a 7-inch Kindle Fire HD, but it remains a cut above almost all budget Android tablets. 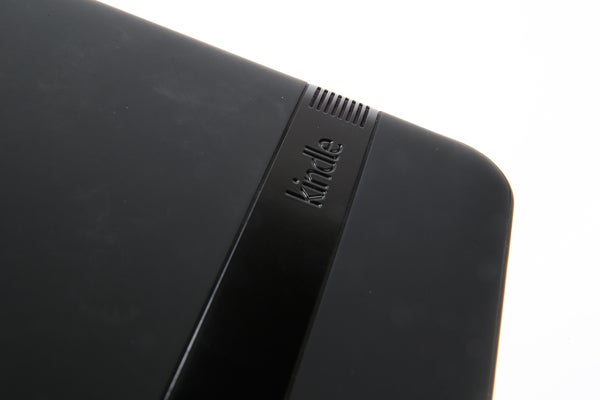 Having proper stereo drivers is a big bonus when watching movies or TV episodes, and the sound is more authoritative and beefy than what you’d get from a single-driver tablet.

The Kindle Fire HD 8.9 only offers a single front-facing camera that faces whoever is using the tablet and which can be used for video calling and suchlike. There’s no rear camera, and it’s not something many people of taste are likely to miss. A phone may be a replacement for a compact camera, but a 600g 9-inch tablet is not. 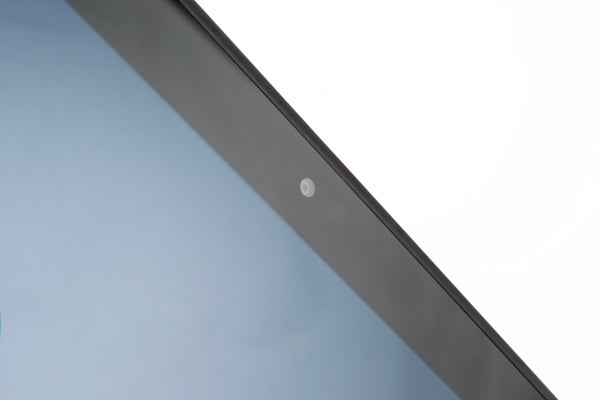 At first there’s no obvious use for the front camera – there’s no dedicated camera app. However, it will work with the Skype app, a link to which sits in your app folder as standard, and other camera-enabled Android apps. The camera uses a 1.3MP sensor, a middleweight model that will give you reasonable video conferencing.

The Amazon Kindle Fire HD 8.9 is all about making sacrifices in some areas to achieve wins in others. Its battery life is yet another solid win.

It has a larger battery than the 7-inch version and performs admirably against both the 10-inch and 7-inch Android competition. Set to play a looped video with Wi-Fi turned off and brightness set to 50 per cent the Kindle Fire HD 8.9 stayed awake for 10 hours. 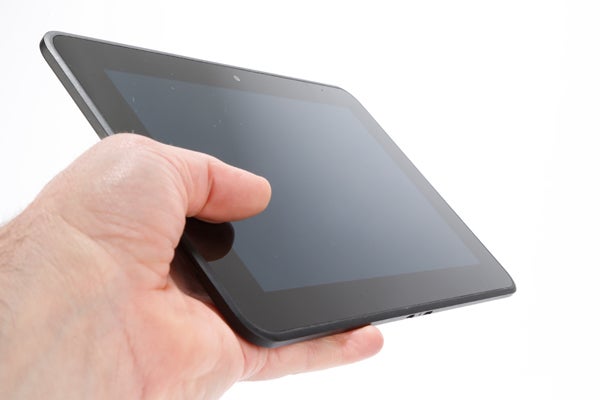 This is a tablet that can happily last the duration of a transatlantic flight – for a handful of movies, in other words. However, we will note that brightness at 50 per cent isn’t all that high so you will probably want to jack it up a bit higher for a better experience.

There are some significant compromises in the Kindle Fire HD 8.9, but Amazon has made almost all of them in just the right places. The main camera, expandable memory and a quad-core processor do not feature. But the high-quality screen and fairly low price make up for this.

The remaining issue is the one that’s hardest to forgive – that the Kindle Fire interface is frequently sluggish, relies too heavily on Amazon’s connected services and blocks-off the customisation that’s a big draw of Android. However, if this doesn’t sound like too much of a hardship, the Kindle Fire HD 8.9 makes a lot of sense.

Like the 7-inch version, the Kindle Fire HD 8.9 offers great value for money. There’s a lot of quality hardware on offer here at a reasonable price, with the high-resolution screen being a stand-out feature. However, you do pay for those Amazon subsidisations elsewhere. The Kindle Fire software is much slower than vanilla Android at this point, making it more frustrating to use than non-Amazon tablets.