What is the Kenwood Persona SJM610?

The Kenwood Persona SJM610 is an attractive jug kettle, in brushed stainless steel, that does more than just boil water. You can select any temperature from 70 to 100⁰C in 5⁰C increments, which makes it better for making various types of tea. There’s also a 30-minute keep warm function.

Features-wise this makes it very similar to the Sage Smart Kettle, but the Kenwood has an LCD display for the temperature whereas the Sage has no display but more buttons. 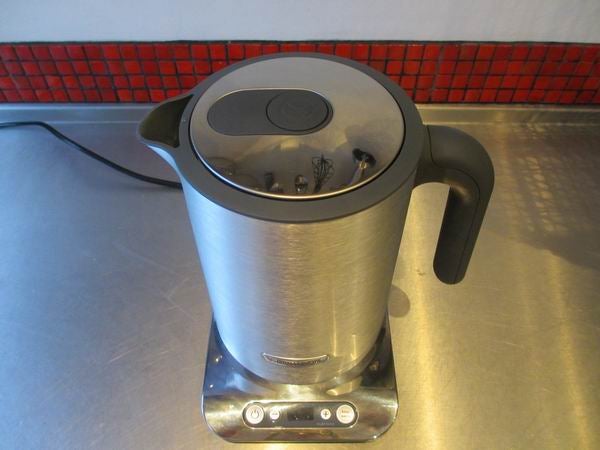 The Kenwood looks good in brushed stainless steel. It’s a jug kettle with a contemporary, straight-sided design. The finish is great for avoiding fingerprints but the base is glossy chrome and does gather dust and grease. Its open handle is made of a soft, matt plastic that feels good in the hand.

It’s one of a new breed of kettles that does more than just boil water. You can select any temperature from 70 to 100⁰C in 5⁰C increments. Which means that it’s better at making tea – different types of tea leaves are best made with water at different temperatures. For example, it recommends 75⁰C for green tea, 85⁰C for oolong and 95⁰C for black tea. 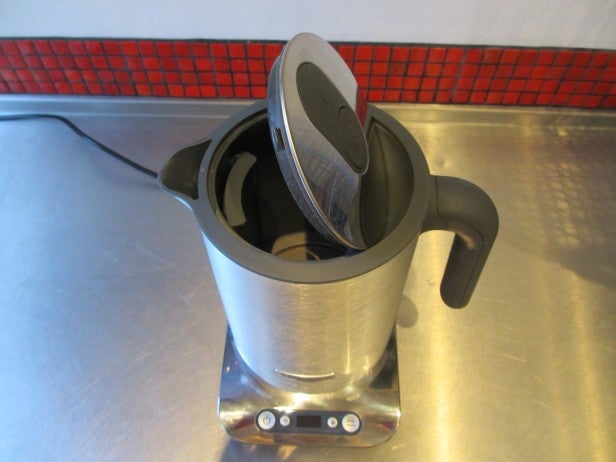 The jug sits very solidly on its 360° base. The jug alone weighs 1.15kg so it’s a little weighty in the hand but not super heavy.

The Kenwood also boasts the Quiet Mark for being quieter than most. We didn’t notice it being especially quiet but it’s believable thanks to the 2.2kW power which is lower (and therefore slower) than most contemporary kettles. 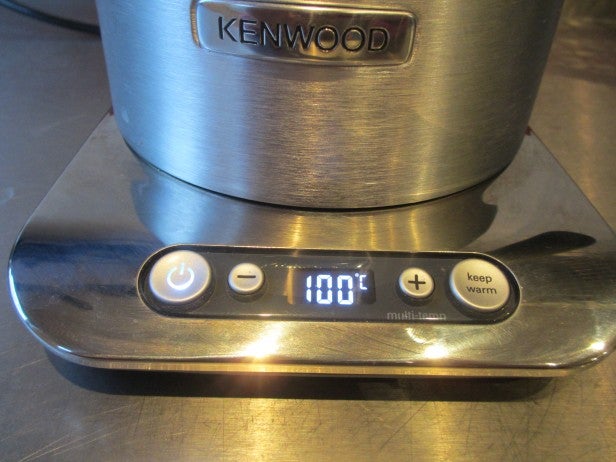 It’s possible to fill the Kenwood via the spout but we felt more comfortable popping the lid up. You pop it up by pressing the small button in the middle of the lid.

The lid doesn’t tip back a long way though, so it’s cramped. Fine for filling, but not great for cleaning: you’d struggle to get your hand inside to scrub limescale. 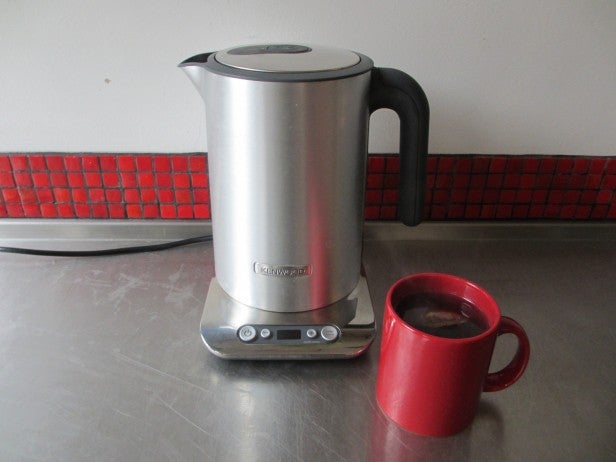 A flashing light indicates that it’s heating up, but it’s counter-intuitive. You’d be forgiven for expecting a single tap of the power button to turn it on. The LCD display shows you the target temperature.

It’s also slow. It took 3m43s to boil a litre of water that started out at 14⁰C from the tap. That’s a full minute longer than many kettles. We measured the temperature after 10 mins (85⁰C) and again after 30 mins (73⁰C). Both respectable.

When the Kenwood reaches your desired temperature it doesn’t just turn off, a digital bell sound rings that’s actually very pleasant. It sounds more like a Tibetan meditation bell than an appliance. If you’re upstairs you won’t hear the water roll to a boil but you will hear the ding of the bell. 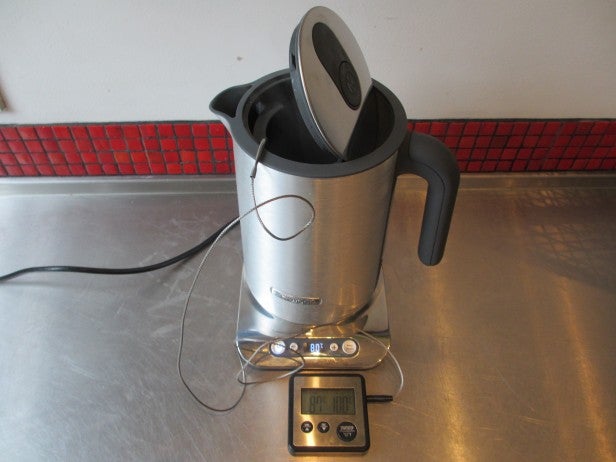 And the keep warm function did the trick, although it feels like a colossal waste of energy. It essentially reboils the kettle every 2 minutes. So if, say, you set the temperature as 100⁰C then the water temperature is in the 96-100⁰C range at any given time.

Pouring is good. The spout pours well as long as you don’t rush it. But we were disappointed with the lower temperature settings, simply because the temperatures were grossly inaccurate. For example, the 80⁰C setting resulted in water at 87⁰C – what’s the point of having temperature settings at 5⁰C intervals if they’re so inaccurate? Green tea made at 87⁰C was better than that made with boiled water, but 80⁰C would have been better still. 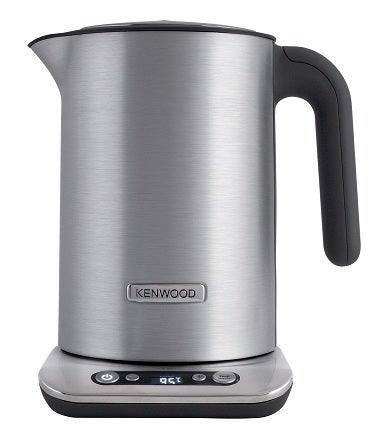 Should I buy the Kenwood Persona SJM610?

Probably not. The Sage Smart Kettle does the same job for the same price but with more accurate temperatures.

And if you don’t need multiple temperatures for speciality teas then you might as well save your money. For an affordable alternative consider the Tefal Safe to Touch Kettle. Or priced in between is the beautifully designed Morphy Richards Prism Traditional Kettle. You could also consider the hi-tech Smarter iKettle 2.0 if you have an Apple device.

This pricey jug kettle has impressive features but others do the job better.